Channing Frye, a trailblazer in the NBA wine scene and a Trail Blazer in Portland, Ore., is finally taking his wine game pro. The former center and power forward has been living in Portland since retiring last year, making moves in the Willamette Valley region that captured his heart early on. In recent months, Frye has been putting the finishing touches on a new wine project at L'Angolo Estate called Chosen Family, comprising a multi-vineyard 2018 Pinot Noir and a 2019 Chardonnay from Dundee Hills.

Frye, 37, first fell in love with the Oregon wine scene in 2007 in his Trail Blazer years, but his tasting—and shooting—skills gained attention when he joined the Lebron James–led 2016 Cleveland Cavaliers. As part of what he calls the "wine team" (which would go on to become the NBA championship team), Frye says he deepened his appreciation for the artistry of winemaking. "Wine is creating liquid memory," he told Wine Spectator. "I never like to drink a bottle by myself; it's all about sharing that experience, talking and communicating, especially in today's climate."

Frye is also proud to join the growing ranks of Black winemakers. "It's just amazing that so many African American men are being able to have this opportunity to make wine and change the face of the industry," he said. "That accessibility that the wine industry has created is amazing, and it's getting this new generation of people that don't see it as just scary."

Chosen Family wines are distinct from the other L'Angolo cuvées, with different pick dates and barrel-aging regimens, dictated by Frye. The 2018 Pinot Noir and 2019 Chardonnay will be available in September, and Frye says he plans to add more bottlings in the future. The NBA star spoke with editorial assistant Shawn Zylberberg about his new role as a cellarmaster, his pilgrimages to Bordeaux's Hall of Fame châteaus, and the Cavs' wine rituals before and after that legendary Game 7 in 2016. 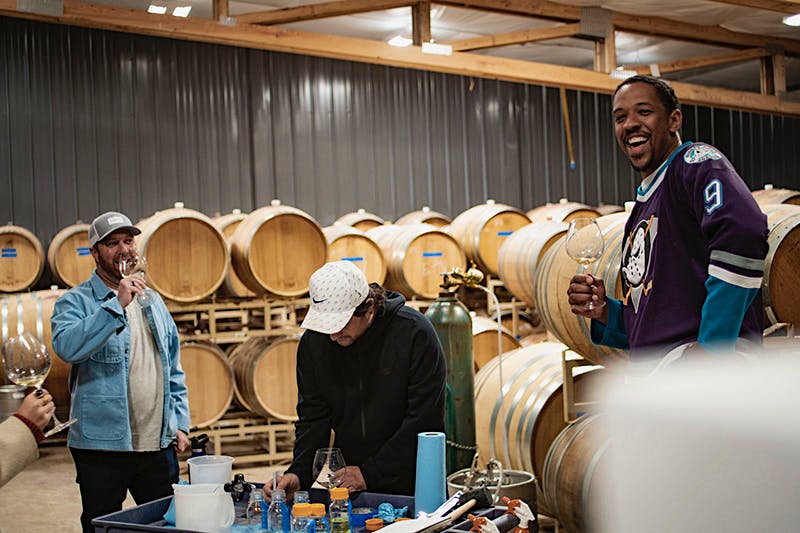 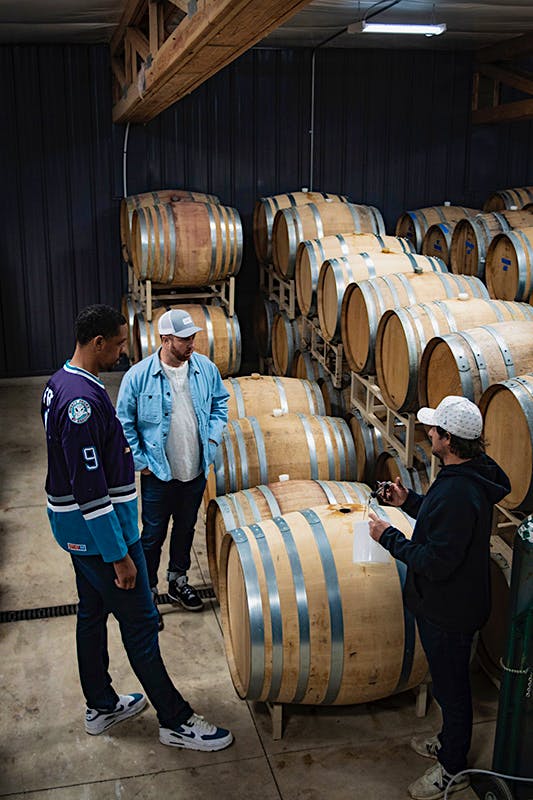 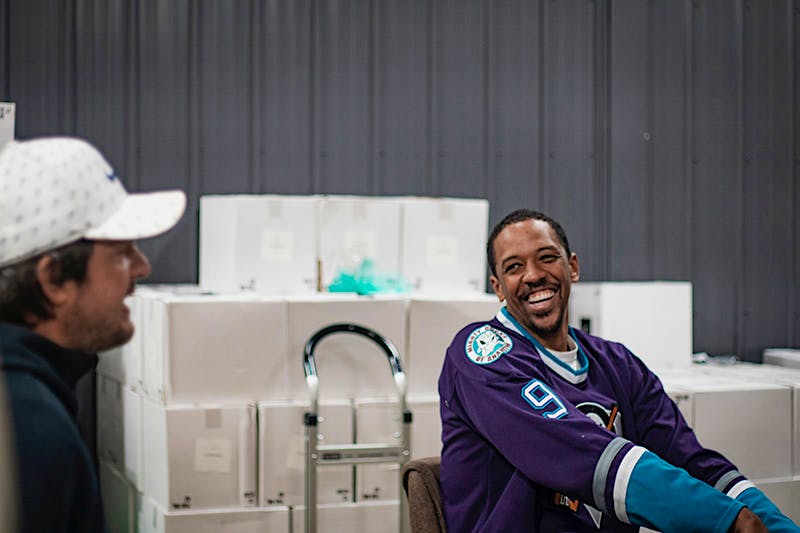 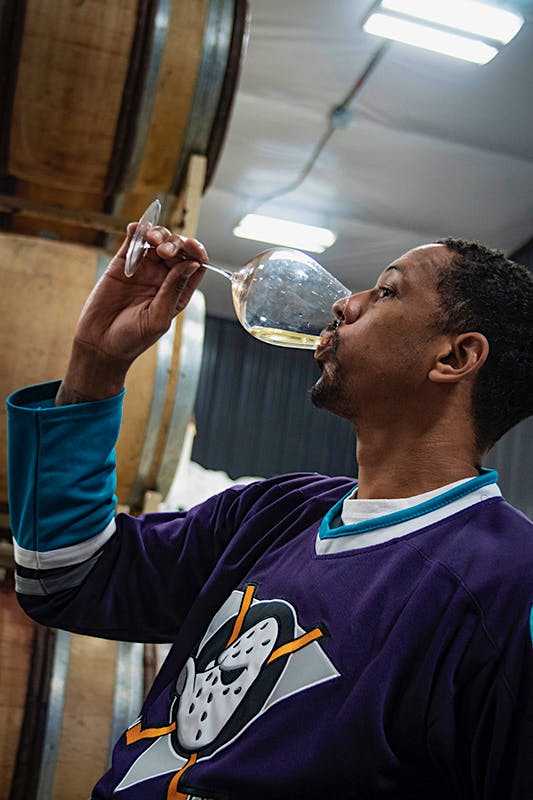 Wine Spectator: When did your passion for wine start?
Channing Frye: I met my wife in 2007, and her mom introduced me to some really good wine in Portland. I never really had a Pinot Noir like that before. I didn't know anything about wine, so I started to learn about the region, and the more I fell in love with Portland, the more I fell in love with wine country out here. I remember drinking Soter sparkling wine, Cristom and my wife's favorite wine, Bergstrӧm Sigrid Chardonnay, and I was like, "Holy crap, these are amazing!" I started experimenting with it and getting into Cabs. One of my favorite wines is Melka out there in Napa. I also got into Brand, Jordan and Stag's Leap, but I really came back to Portland and Pinot Noir and fell in love with how diverse it could be in such a small area. A buddy of mine, Jacob Gray, got a job at L'Angolo Estate in 2015 and I told him I wanted to learn more about Oregon Pinot Noirs. He sent me a case from there and it blew my mind. That really put me in love with Oregon Pinot Noirs.

WS: How did your experience in Cleveland solidify that passion?
CF: When I got traded to Cleveland, I ended up going to a restaurant called Dante. I told the sommelier to take me on a wine journey. I would go there and taste Chilean wine, German Riesling, Napa Cabernet, Syrah, Nebbiolo, Barolo and even orange wine.

Wine is also a big camaraderie thing. We would take trips and sometimes guys would bring a bottle on the plane. It became that two people had to each bring in six bottles of wine for everybody on the plane and an extra for the coaches. It soon became a contest of who could get the most appropriate wine for the time. After a year, the guys started getting snooty and that's how it evolved. To have so many guys on the team asking for wine menus at restaurants, taking turns ordering wine, like a ’93 Opus One, it became another part of our team chemistry. We were the wine team. We would get on a plane, watch film, have a glass of wine, and it got to the point where people were bringing their own glasses, and the plane knew we would be drinking wine so they would have stemless glasses as well. It became a huge part of who we are as friends, and it's amazing to look back on it.

I remember before Game 7 [of the 2016 Finals] we were sitting at the bar of our hotel and all of us had shared three bottles of wine, sitting by the fire, just chilling and talking. Wine brought us together and worked its way into every facet of my life.

WS: Do you remember what wine you celebrated with after the 2016 Championship?
CF: It was all Champagne. But the Champagne that people see us spray [in the locker room] is not the Champagne that we got as players. The Champagne we got to drink ourselves was a Mӧet & Chandon Champagne rosé with a special label, and it was mind-blowingly amazing.

WS: Why is wine so big in the NBA?
CF: I think the NBA has the most well-rounded people. NBA players are constantly looking for things to challenge them. I think the younger generation has seen what Lebron, Melo and Chris Paul are drinking and they ask, "If these top guys are drinking this, what can I get into?" That type of excitement is almost like a competition to us. Who can get the best bottle? Who can find the best vintage for this? When I went to Pétrus, they said, "Jimmy Butler was here two weeks ago!" If you're going to put the best food in your body, why not put the best wine in your body?

WS: Have you been able to visit many Old World vineyards?
CF: I got the opportunity to go to Bordeaux and see how they make wine. My wife said, "This is your Disneyland!" I couldn't taste, see or learn enough. Going to Château Pétrus last summer was a special treat. I appreciated having that opportunity to see how tradition can be involved with technology; it's so pure. I got to taste the 2018, and it may as well have been liquid velvet or silk. The best is when you have a bottle that means something to you. I have a 2012 Château Margaux for my daughter named Margaux, and a bottle of 2010 Pétrus coming in for my son who was born that year. 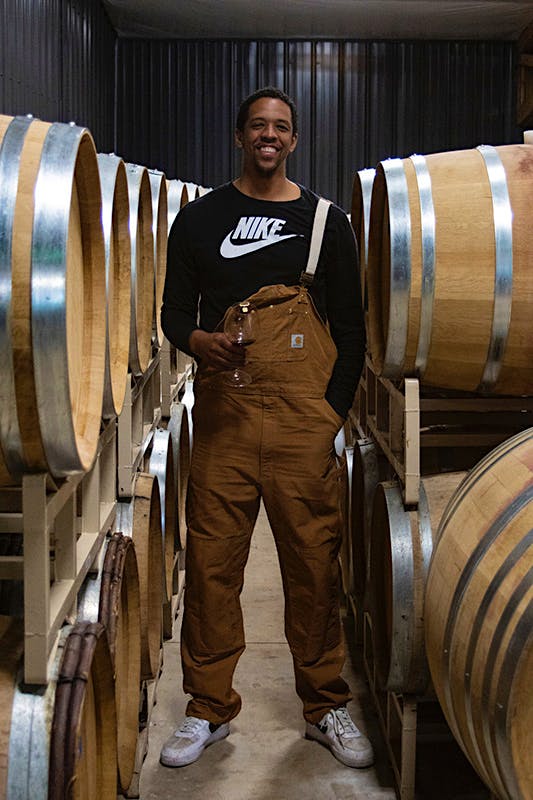 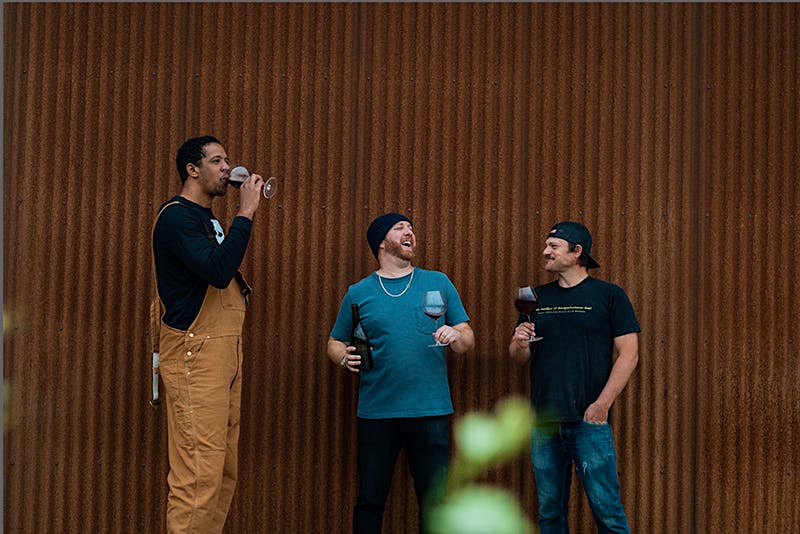 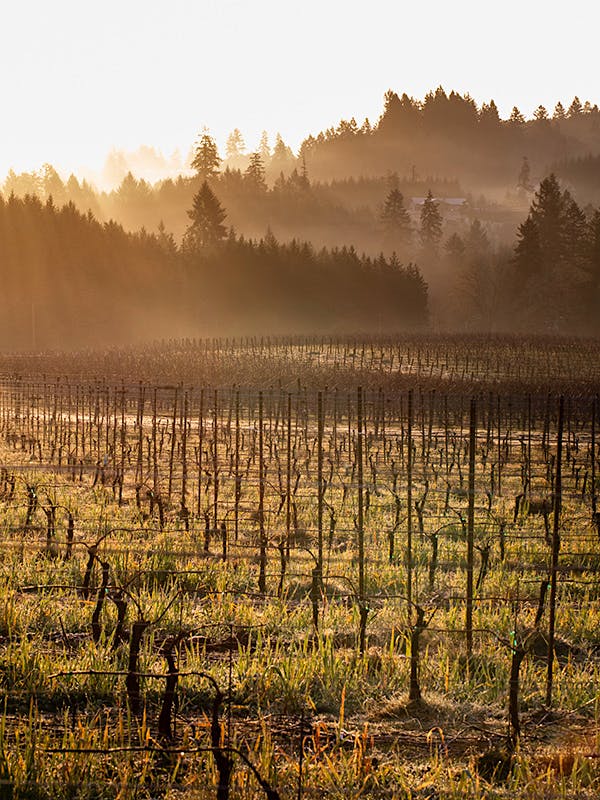 WS: What's behind your new Oregon wine label?
CF: I've been working with L'Angolo estate very closely, and Chase Renton, the winemaker there. I was like, "How can I show the versatility of some of my favorite vineyards' grapes?" I ended up getting an opportunity to work with them and make a new brand based on working with other vineyards and giving the winemakers, soil and grapes the opportunity to be different. The brand is called Chosen Family, and this year we're doing a 2018 Pinot Noir and 2019 Chardonnay. For me, this is awesome because I'm not restricted to one vineyard, and it gives me an opportunity to work with different winemakers and be their megaphone. It's been fun to learn and get to know the valley and so many talented winemakers. I think Willamette Valley is blowing up and I could not be happier. The new generation of winemakers is challenging the rules of what we're supposed to drink and how we're supposed to drink.

If my parents were alive, they'd be super excited, because they were into wine. My label is also an ode to them, of breaking stereotypes and being able to embrace stuff that I love.

WS: What are some of your other favorite Oregon wines?
CF: My favorite wines are from the 2016 vintage. Adelsheim, Bergström, Cristom, Beaux Frères are old-school. You're always gonna get quality from them. I had a 2013 Cristom and it was unbelievable. People say Pinot Noirs don't age as well, but I had a 2009 Beaux Frères the other day and was giving it a standing ovation. I also had a 2015 Beaux Frères Chardonnay and was like, "This is the best bottle of white wine I've ever had in my life." White wine is completely changing its image in the valley.

WS: What changes do you want to see in the wine community when it comes to diversity?
CF: I think that number [of Black-owned wine labels] needs to be more. I would say start with the people that serve you wine. The people who serve wine, have them be a person of color or a woman. As a kid coming from Phoenix, I didn't know this was attainable, to have my own label. Hopefully, I can inspire the next generation to say, "Hey, if you really like wine, get into it!" Let's give these kids opportunities, because they're gonna bring a whole new perspective to the industry and your business. Between the people that serve your wine and the winemaker, have them be people of color. Give opportunities to people that may not look like yourself, because they're gonna bring a different perspective, attitude and a breath of fresh air to this industry.

An Artistic Approach to Wine at the Modern

An American in Provence—Act III

He restored Miraval before it attained celebrity rosé fame. Since then, he’s done much, …

Grahm's latest wine venture has philosophical questions at its root

The singer, actor and entrepreneur talks wine, food and more

Robert Kamen is one of Hollywood’s most prolific screenwriters, but his greatest challenge …