When word surfaced in August that the vine-killing louse phylloxera had been positively identified in several Walla Walla–area vineyards, the reaction in much of the Washington wine industry was a mixture of shock and denial. But by November, three of the state's top viticultural experts had independently verified the presence of the pest in the Walla Walla appellation, a small but prominent region in the southeastern corner of the state. Now vintners and researchers are moving forward with ambitious plans to confront phylloxera head-on.

Coming to terms with the idea has not been easy. Own-rooted plantings have played an important part in the collective Washington state wine identity. Thanks to sandy soils and a long history of dodging the vine-killing louse, which nearly destroyed the European wine industry in the 19th century, 99 percent of the state's vines are planted on their own roots, according to Washington State Wine Commission president Steve Warner, rather than being grafted to phylloxera-resistant rootstocks like vines in much of the rest of the world.

The first step to combatting phylloxera is to find out how far it has spread. "It's not surprising that we've discovered it in Walla Walla," said Gwen Hoheisel, regional extension specialist at Washington State University (WSU). "Walla Walla was just where we were looking. Phylloxera is fairly widespread in Oregon and Walla Walla is right up against the Oregon border."

Hoheisel suggests that the infestations may extend to other areas of the state, particularly the lower Columbia River valley area, where phylloxera has also been identified. "Our efforts this winter have been focused on identification and looking at other regions here in Washington with weak [vine] growth, then searching specifically for phylloxera," said Hoheisel.

According to Cindy Cooper, plant services program manager for the Washington State Department of Agriculture, "At the request of industry, we went out and took 240 survey samples from other winegrowing regions in the state and we have found phylloxera in some of those samples. We don't yet have a clear picture of how widespread the infestation is and are still compiling results. We do know it moves much more slowly here than it has in other winegrowing regions."

Once the infestation is mapped, the next step will be to try to contain the problem. Results from Cooper's lab in Olympia will point the way for future efforts to control the spread. Vintners will need to adopt practices such as wearing disposable shoe covers, sterilizing vineyard equipment and other procedures designed to keep dirt and pests from traveling from vineyard to vineyard. 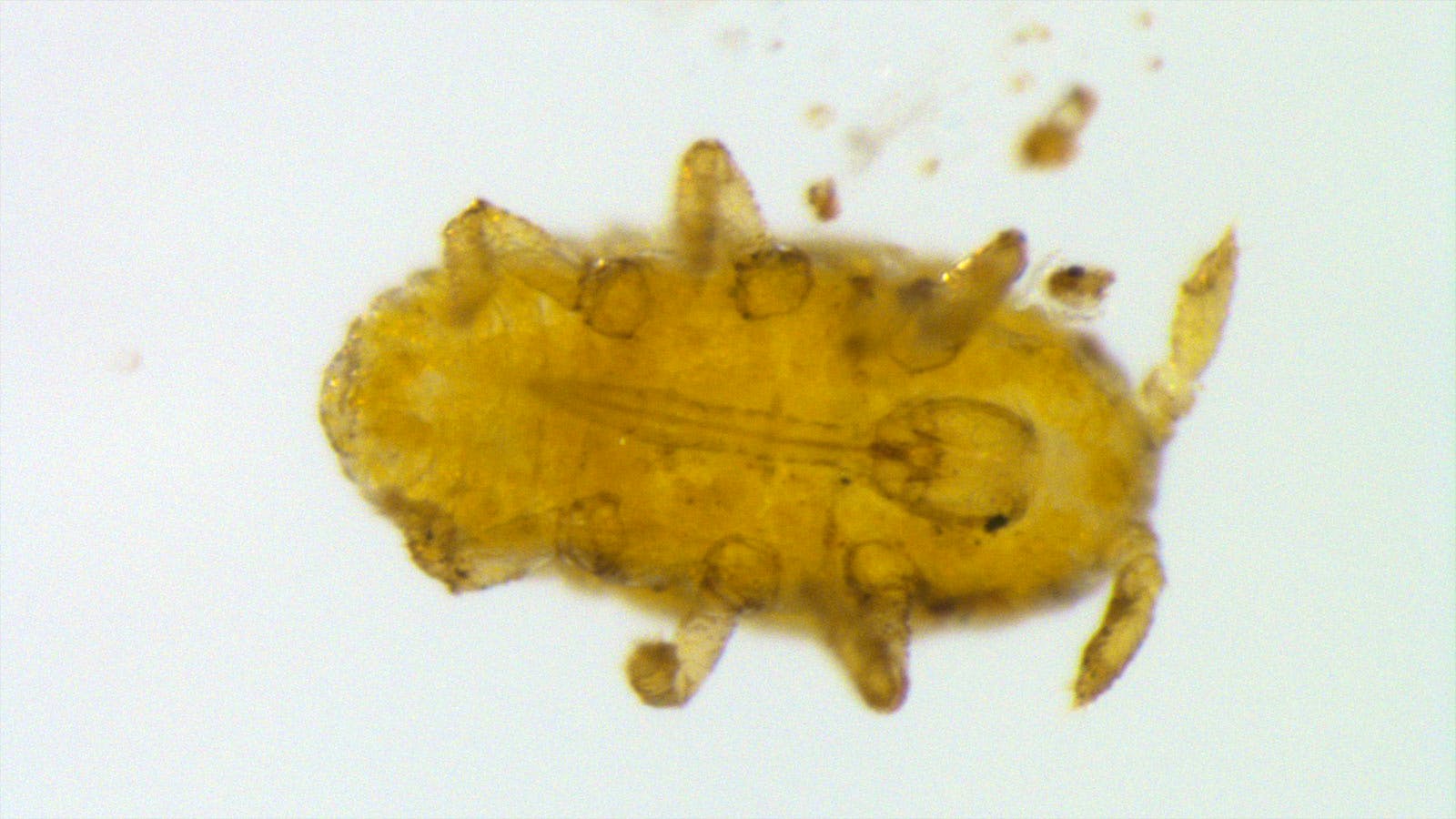 The phylloxera louse can be tricky to find, as most live underground on the vine's roots. (Photo courtesy WSDA)

Michelle Moyer, WSU statewide viticulture extension specialist says the university also plans to help vintners whose vines have the louse mitigate the decline of the plants, with mulches, fertilizers and irrigation strategies. "[The goal is] to assist those who are affected until the ultimate decision to replant to rootstock needs to be made," she said.

In the end, vineyards will need to be replanted, by grafting European Vitis vinifera canes onto hybrid phylloxera-resistant rootstocks. But slowing the spread of the louse and mitigating vines' decline can ensure that farmers are less likely to have to replant everything all at once, which could be financially stressful. Moyer says WSU will help with rootstock recommendations based on soil and climate.

With a plan in place, vintners and Washington wine fans need not panic. "I just don't think it's as devastating as we originally thought," said Hoheiser.