Restaurateur Stephen Starr debuted Verōnika Jan. 3 inside Fotografiska, a new photography museum in New York’s Flatiron District with branches in Estonia and Sweden. The second-floor restaurant is inspired by the grand cafés of 19th-century Europe, taking guests on a virtual tour of the continent through wine and food.

According to Akhtar, the duo drew inspiration from the romantic idea of “a trip on the Orient Express circa 1900,” which traveled through regions such as France, Austria, Germany, Italy, Hungary, Czechoslovakia and Turkey. The entirely Old World program comprises nearly 600 labels with 25 available by the glass and a page of 23 sommelier selections that will change regularly. “The list is going to be alive, it’s not just going to be static,” Akhtar said, adding that they hope to grow the selections with time.

Among the program’s highlights is an extensive Champagne collection focused on grower Champagnes, categorized by region, with solid representation from big houses like Dom Pérignon and Billecart-Salmon as well.

The menu by executive chef Robert Aikens reflects this theme with an array of European classics like Hungarian lamb goulash, Austrian schnitzel, Ukranian pierogies and borscht, and French poulet au pot. Starr also runs an adjoining concept, the Chapel Bar, which features an abbreviated wine program with a handful of selections by the glass, though Verōnika’s full list is available by request.—Julie Harans 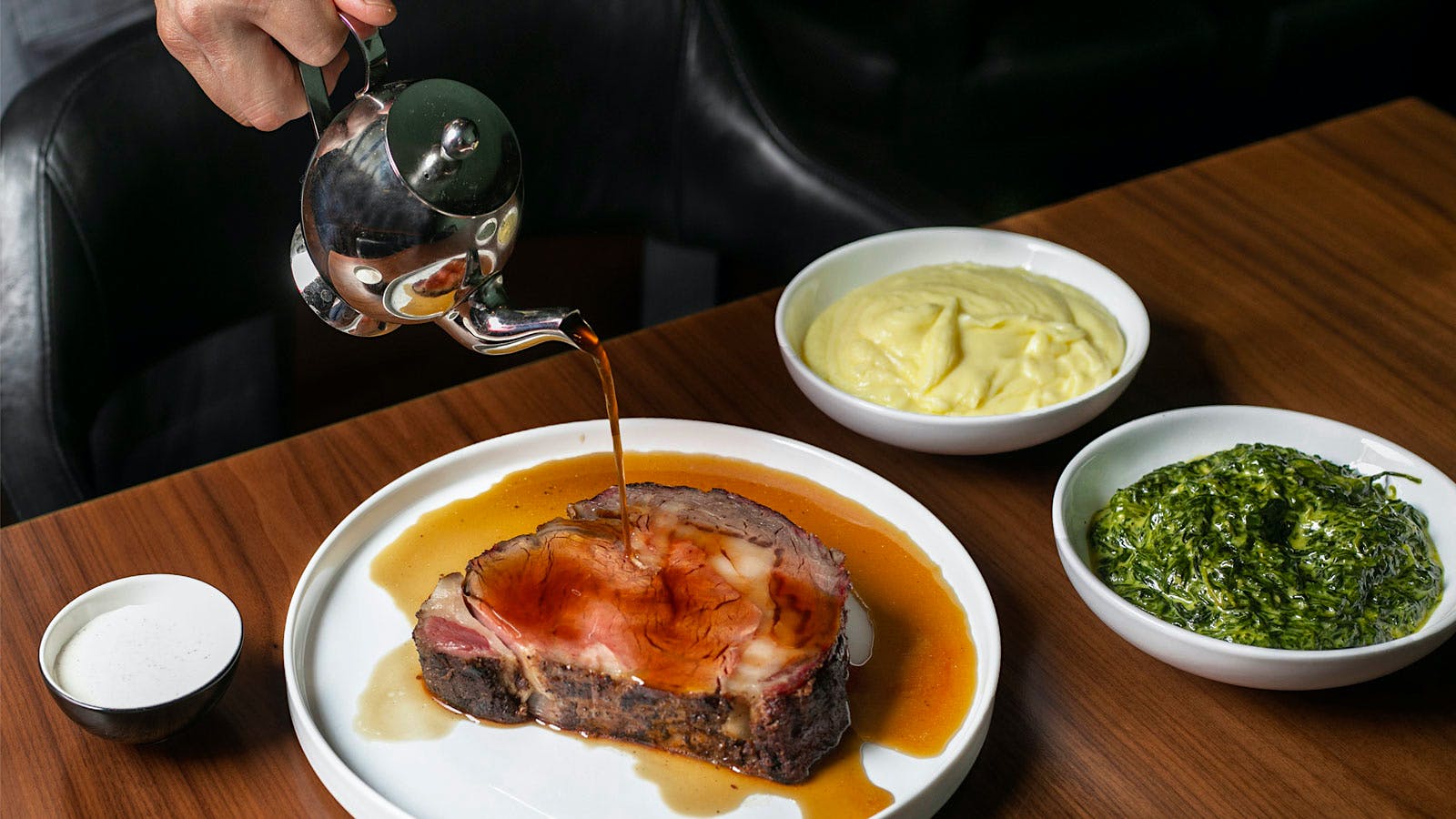 Andrew Bezek
The prime rib at Majordōmo in Vegas is cured for 24 hours in savory salt and served with mashed potatoes, creamed spinach and au jus.

Chef David Chang’s Momofuku group debuted Majordōmo Meat & Fish at the Palazzo hotel in Las Vegas on Dec. 30. It’s the second location of Majordōmo; the original in Los Angeles holds a Best of Award of Excellence, and Momofuku owns an additional six Restaurant Award winners across the U.S. and Canada.

Closely reflecting its sister restaurant, the food is driven by fresh, seasonal ingredients sourced from nearby farmers. Menu items include smoked prime rib cured for 24 hours, mafaldine pasta with crab and ginger, and roasted halibut with bok choy. “It’s like American steak house but with your Korean grandmother in the kitchen,” Lewis said.—Natalie Crooks

The team behind Best of Award of Excellence winner Frasca Food & Wine in Boulder, Colo., expanded to Denver Dec. 22 with the opening of a wine bar, Sunday Vinyl. Inspired by Europe’s rich wine-bar culture, it’s named for partner Bobby Stuckey’s Sunday ritual of drinking wine and listening to vinyl albums with his wife.

“Our vision for Sunday Vinyl is to offer a really dynamic and lively wine program that is filled with discovery and wines that offer great value and a sense of playfulness,” said wine director Carlin Karr. “Much like music and our vinyl-only program.” The 225-selection wine list with 23 by-the-glass options offers selections from the Rhône, Bordeaux and Burgundy, as well as Spain, Austria and Germany. The cuisine emphasizes European classics like country pâté, Colorado bison tartare and a pork burger.—N.C. 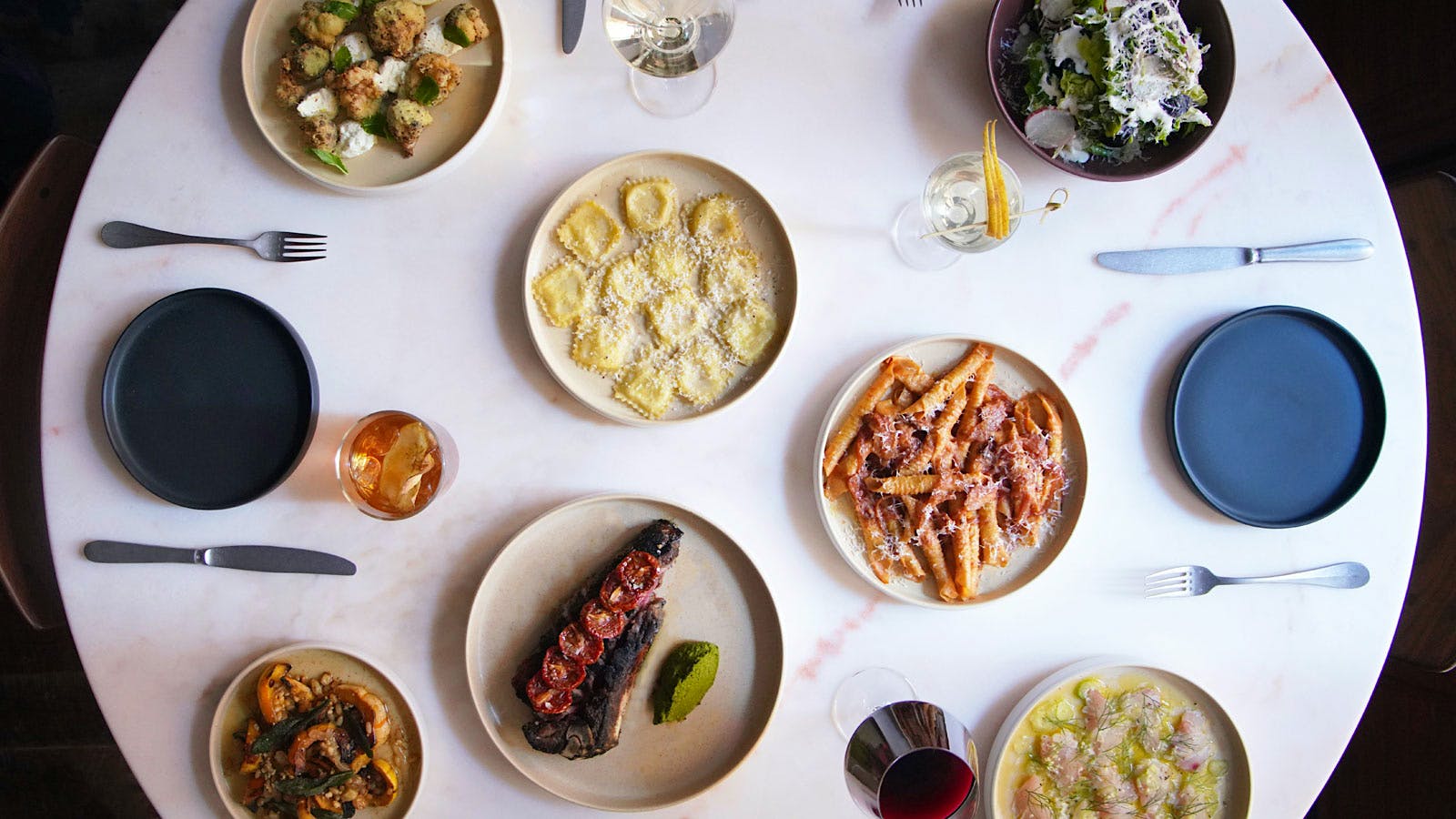 “In the same way that we choose the specific grains that best suit the style of each individual pasta dish, we are looking for the best regional expressions of grape varietals that complement the food,” said V.P. of operations Dave McCabe. The wine list showcases options from northern Italy, with plenty of picks from Tuscany and Piedmont among the 21 wines by the glass and 35 additional bottle selections.

“We are developing relationships with growers and winemakers in regions across Italy and the list will continue to evolve to reflect those connections,” McCabe said. Shulson’s group also owns Award of Excellence winner Izakaya in Atlantic City, N.J.—N.C.

“Our wine list has been crafted to be bold and broad, complementing our Brazilian cuisine while also suiting pallets of all types,” Phu told Wine Spectator via email.

There are 230 selections with more than 30 available by the glass, spanning regions around the world but highlighting South American countries such as Argentina and Chile to pair with the prix-fixe menu that starts at $60.—J.H.