French chef Jean-Georges Vongerichten's newest restaurant and first seafood concept, the Fulton, has opened for dinner service in the newly developed Seaport District in New York. It has bi-level indoor and outdoor seating and views of the Brooklyn Bridge, East River and the Manhattan skyline.

"The concept takes its name from the Fulton Fish Market, formerly located near the new restaurant's downtown location," Vongerichten told Wine Spectator via email. "The Fulton pays homage to the former market with a menu of seafood-forward fare in a one-of-a-kind waterfront setting."

It joins Vongerichten's roster of more than 30 restaurants worldwide, including Wine Spectator Grand Award Jean-Georges and Best of Award of Excellence Jean-Georges Steakhouse. The Fulton's 80-selection wine list, which spotlights regions such as Burgundy, Bordeaux, California, Austria, Germany, Italy and Spain, complements the restaurant's focus on wild-caught seafood from the East Coast.

Several other restaurants are slated to open at the Seaport District in the coming months, including a bar and grill by David Chang, who helms multiple Restaurant Award–winning Momofuku concepts, as well as Majordōmo.—B.G.

Quagliata has helmed the kitchen for 15 years, starting back when the restaurant was in its original location on 16th street. Union Square serves refined American cuisine complemented by its Best of Award of Excellence–winning wine list of 1,560 selections, which focuses on California, France and Italy. USHG also owns five other Restaurant Award winners, including Grand Award the Modern. While no replacement chef has been named, the group is actively searching.—J.H.

Brennan's in New Orleans Says Goodbye to Its Chef

Chef Slade Rushing joined Best of Award of Excellence winner Brennan's in 2014 at a pivotal point for the restaurant. Now, he's moving on to pursue other opportunities. Get the full story. 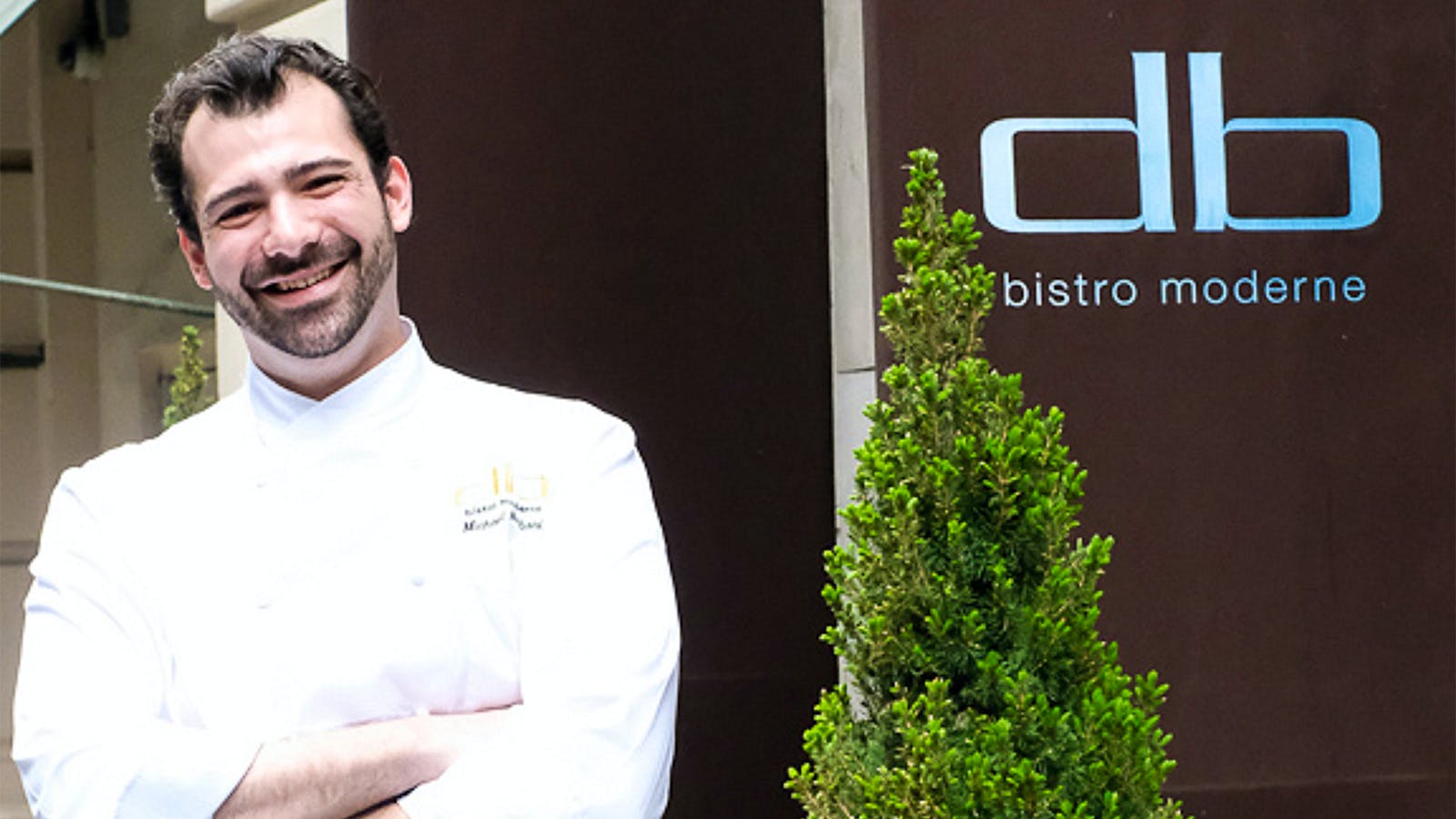 This month, chef Michael Balboni took over as executive chef of Best of Award of Excellence winner DB Bistro Moderne, Daniel Boulud's restaurant in Midtown Manhattan in New York. Prior to this new role, Balboni worked at Boulud's Daniel, as well as L'Atelier de Joël Robuchon in New York. "The ideals, techniques, and standards of Daniel are ingrained in how I cook," he told Wine Spectator.

While the 350-selection wine list, with strengths in Burgundy and California, will remain the same, the menu at DB Bistro Moderne will change seasonally, and Balboni is looking to integrate some Boulud techniques he learned earlier in his career. "One example would be our branzino paupiette, which has taken the technique of Daniel's classic dish seabass paupiette," he said. "The garnish is different and the fish is different, but the technique is reminiscent of my early days at Restaurant Daniel."—B.G. 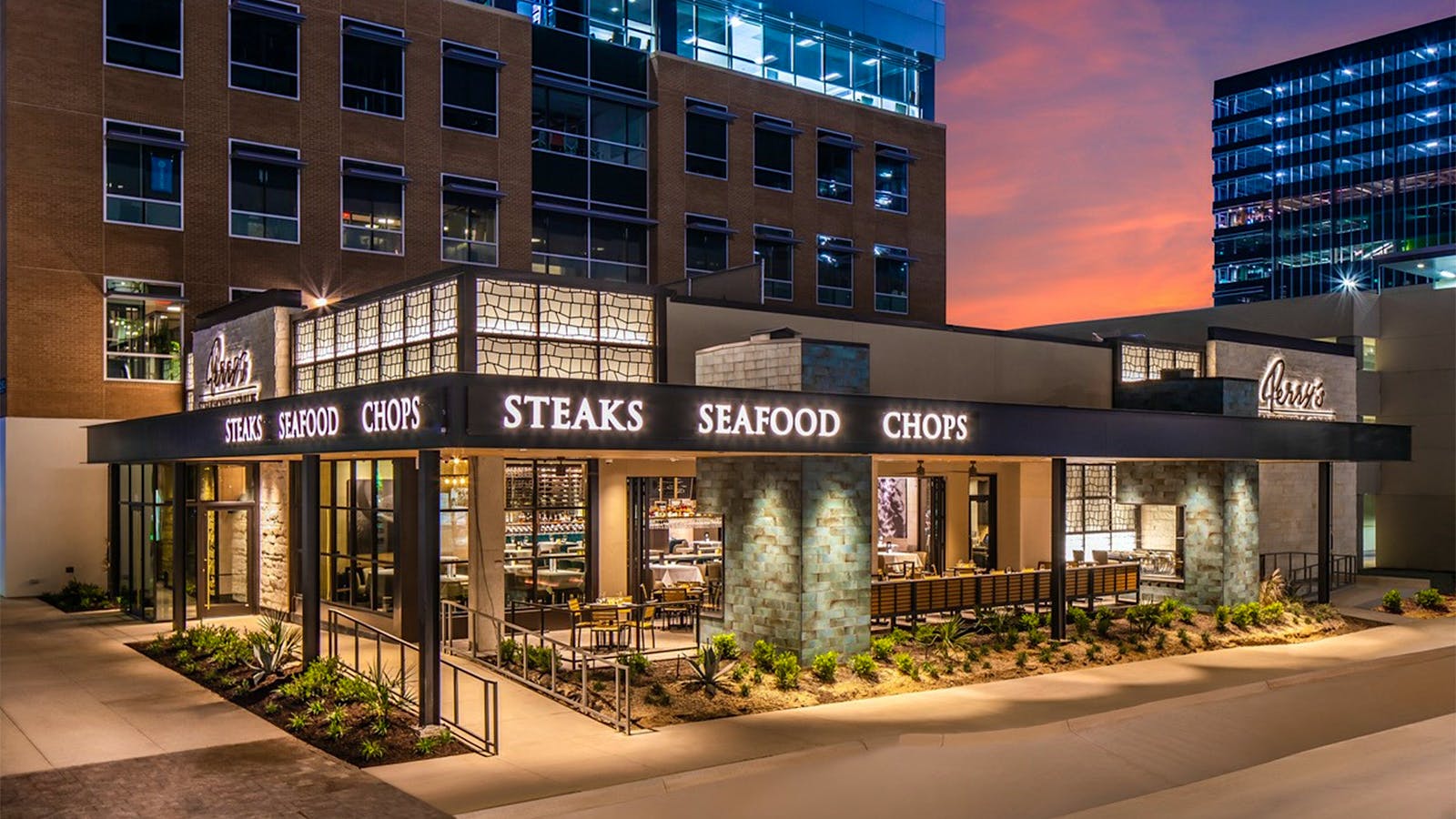 Courtesy of Perry's
The Domain Northside complex, which houses the new Perry's, is located to the north of Austin.

Perry's Steakhouse & Grille is now open in the Domain Northside complex in Austin, Texas. It's the second Austin location for the steak-house brand, which has 14 Restaurant Award winners across the country.

Each one offers a mostly identical core list of about 230 wines, plus a Captain's List of about 40 additional labels unique to each location, based on availability and market trends. The main list emphasizes California but represents top winegrowing regions from around the world, complementing the traditional steak-house fare.

Perry's corporate beverage director Susi Zivanovic called the Captain's List at Domain Northside "a really nice list of higher-end wines," including five single-vineyard Cabernet Sauvignons from Bond. The restaurant also offers about 50 wines by the glass, with nine served via Coravin. It's not a huge list, but we're very innovative in changing it up," Zivanovic added.—J.H. 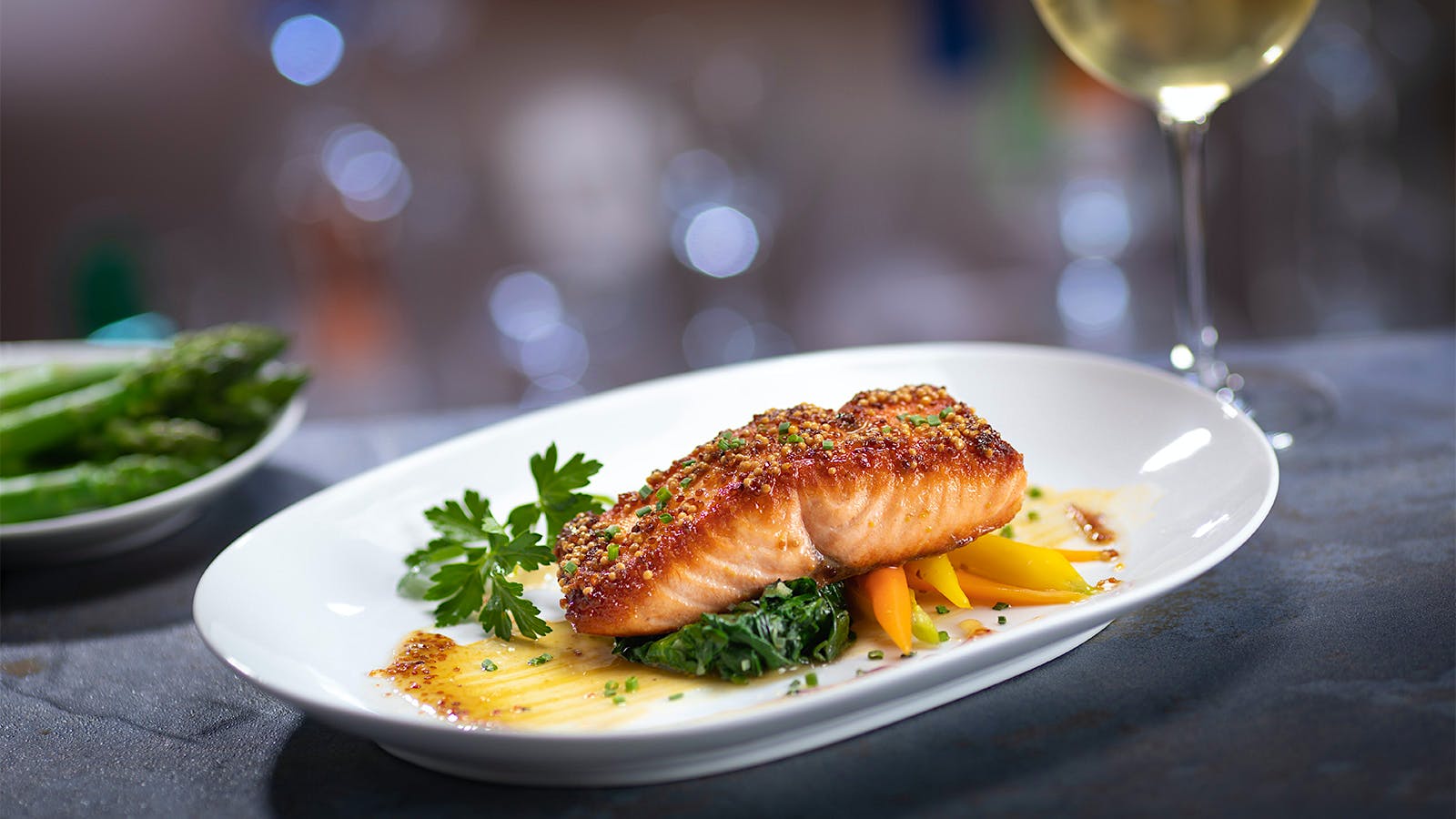 Courtesy of Eddie V's
The mustard-glazed salmon at Eddie V's

Seafood and steak house chain Eddie V's Prime Seafood opened its first Massachusetts location in Boston's Prudential Center this month. There are 17 Restaurant Award–winning Eddie V's across the country, and the concept is part of Darden Restaurants, which also operates the Capital Grille and Seasons 52.

The new Eddie V's features the brand's core list of 150 wines, plus an additional 200 picks from the local wine director, David Crowe, with over 40 available by the glass. The selections are mostly from California, but the list also offers wines from South Africa, Spain, England, Austria and more.

"Boston has so much history that we wanted to bring the long wine history of the great wine regions to the forefront of the listing here at Eddie V's," managing partner Christopher Samson told Wine Spectator via email.—J.H.