Jean-Georges Restaurants will be reaching new heights in Philadelphia, as the team opens two venues Aug. 12: Jean-Georges Philadelphia will reside on the 59th floor of the Four Seasons Hotel Philadelphia at Comcast Center and the JG Sky High lounge will be on the 60th floor, both offering sweeping views of the city. The group, led by chef Jean-Georges Vongerichten, holds six Wine Spectator Restaurant Award–winning restaurants across New York, Nevada, California and Brazil, including Grand Award winner Jean-Georges in New York City.

The menu at Jean-Georges Philadelphia will highlight seasonal ingredients prepared with classic French techniques, while calling on global influences. The 325-selection wine list represents staple regions, with an emphasis on wines from the U.S. and France—specifically Burgundy and Bordeaux, but also regions like the Loire Valley and Alsace. However, the team intends to grow it both in size and depth by adding wines from Eastern Europe and the Southern Hemisphere.

"We want our program to help elevate the beverage scene in Philadelphia," beverage director Jill Davis told Wine Spectator. "Above all, our goal is to create a program that gives the guest an experience they won't find somewhere else by being approachable, inclusive and dynamic."—N.C.

Will Guidara and chef Daniel Humm raised New York Grand Award winner Eleven Madison Park into the top tier of fine dining, but now they are ending their partnership.

The duo purchased Eleven Madison Park from Danny Meyer's Union Square Hospitality Group in 2011 and founded Make It Nice, a hospitality group that also includes three Best of Award of Excellence–winning locations of the NoMad.

According to a company-wide email shared with Eater, "different visions of the company long-term" prompted the split, and Humm will buy Guidara's shares of Make It Nice. The email also stated that the split won't impact any of the group's other restaurants.—J.H. 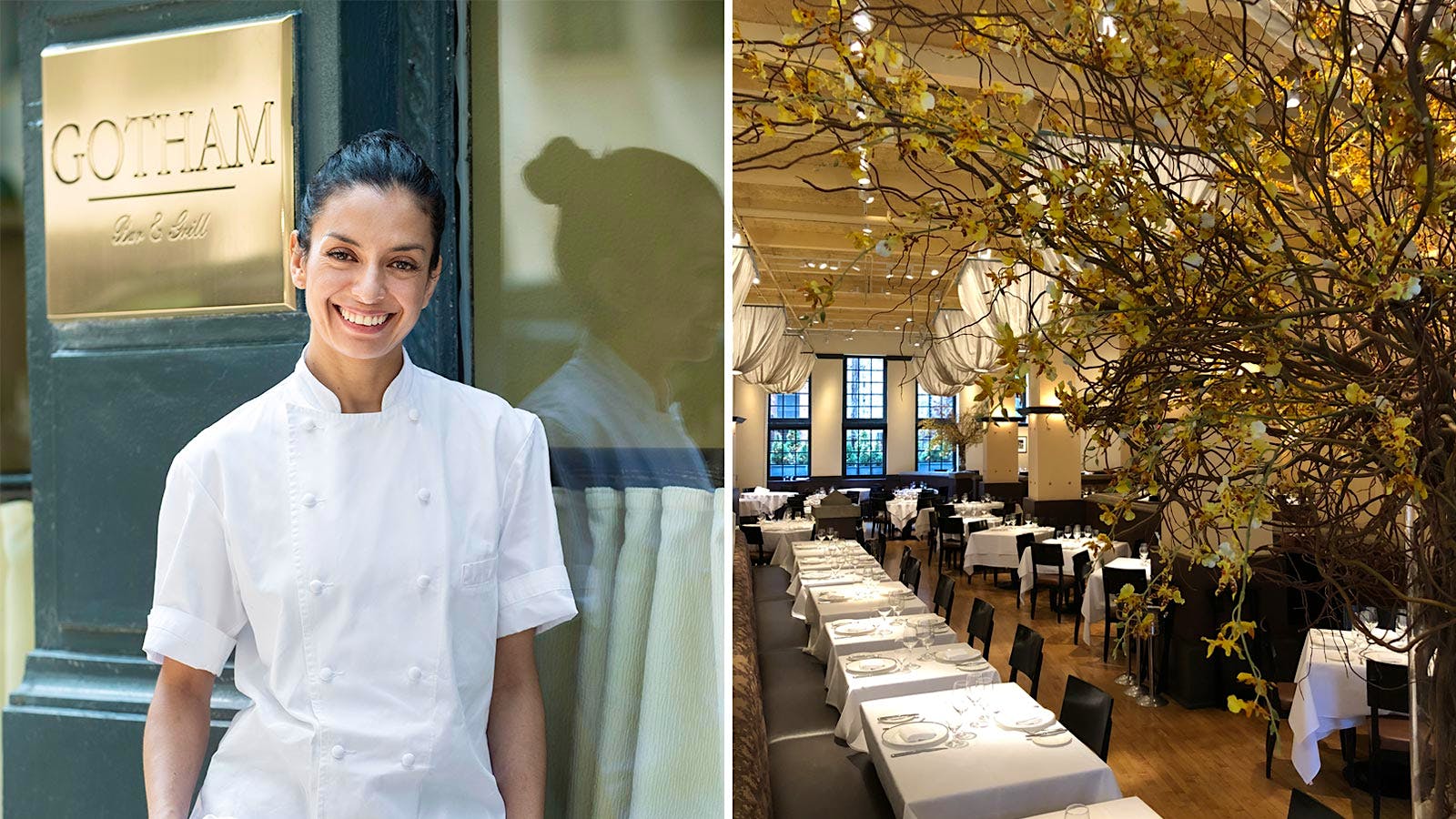 Victoria Blamey is the new executive chef at Gotham Bar & Grill, replacing Alfred Portale, who served as chef at the New York restaurant for more than three decades. The Best of Award of Excellence winner offers American cuisine and a 1,350-selection wine list managed by wine director Josh Lit, which excels in Burgundy, California, Italy, Bordeaux and the Rhône.

"Joshua will be collaborating closely with Blamey to ensure the wines are reflective and indicative of her cuisine," read a statement issued by the restaurant and shared with Wine Spectator. "They look forward to taking the iconic restaurant in a new-yet-familiar direction."—J.H.

Henry in the Life Hotel in Midtown Manhattan Has Closed

Award of Excellence winner Henry in New York City's Life Hotel has closed. Overseen by wine director Ryan Robinson, the wine program had a 125-selection list with strengths in California and France. The menu by chef J.J. Johnson incorporated African and Caribbean influences into American cuisine. Henry was part of Craveable Hospitality Group, which includes Best of Award of Excellence winners David Burke Prime Steakhouse and Caputo Trattoria in Connecticut.

"We would like to thank all who visited for their support and patronage over the past year," the group said in a statement shared with Wine Spectator.—J.H.

After 11 years in business, Award of Excellence winner Tony R's Steak & Seafood in Corning, N.Y., closed its doors July 27. The owners agreed to end the lease early after the building was sold to a developer.

The surf-and-turf restaurant will likely be consolidated into its sister restaurant, Tanino Ristorante Italiano, in the neighboring town of Horseheads, according to co-owner Maurina Ruggiero. "We're still not quite sure how we're going to incorporate it, but at the beginning, I think what we're going to do is we're going to have a limited Tony R's menu in addition to the Tanino's menu," Ruggiero said.

She and her husband, Tony, have applied for a permit to transfer all wine and liquor from Tony R's to Tanino. This will bring more than 100 additional wines to the Horseheads restaurant, which already offers around 50 selections. The Tony R's list was strong in California, though its local Finger Lakes whites were also popular.—T.W.