Wine director Jared Givens oversees the program of about 600 selections, 85 of which are organic and biodynamic to reflect the restaurant’s sustainability mission. Thirty wines are available by the glass.

“We endeavored to craft a wine list that both allows our guests to enjoy the celebratory nature of a restaurant like Georgie while offering options to those visiting on a more casual basis,” Givens said.

Though it’s mostly focused on classics, the list covers New World and emerging wine regions. “You’ll find everything from verticals of classed growth Bordeaux or grand cru Burgundy, to our favorite small grower Champagnes, and even new and interesting domestic and Southern Hemisphere producers we’ve come to love,” Givens said.

Prices are diverse as well, from the many bottlings under $100 to collector’s items in the thousands from names like Pétrus and Joseph Drouhin.

Chef Toby Archibald, who worked at the New York and Toronto locations of Daniel Boulud’s Café Boulud, serves seasonal dishes such as a foie gras tart with pumpkin preserve and beet tartare, plus meats from the in-house butcher shop and various seafood offerings.—J.H. 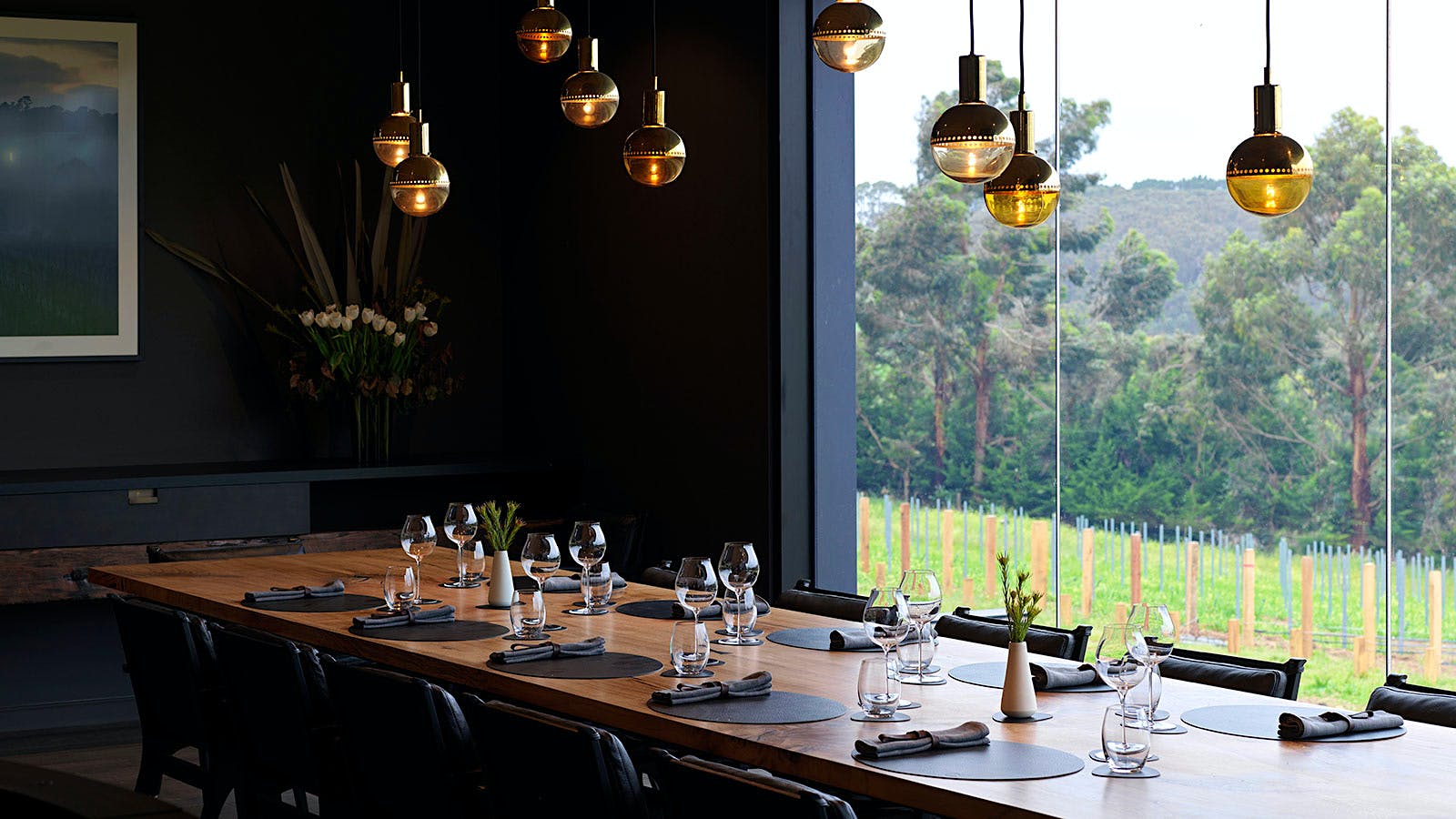 Jason Loucas
Ten Minutes by Tractor now features a fresh design and more seating, with views of the vines through sprawling windows and an outdoor terrace.

Ten Minutes by Tractor, a winery and restaurant on the Mornington Peninsula of Victoria, Australia, reopened last month after a fire in February 2018 significantly damaged the property. The restaurant held a Best of Award of Excellence before the forced closure.

Nearly everything needed to be rebuilt, including the wine cellar, where more than 16,000 bottles were lost, 5,000 of which were restaurant inventory.

“The support from within the wine industry has been incredible,” head sommelier Xavier Vigier told Wine Spectator via email. “It has been very humbling and a reminder of how lucky we are to be part of this industry and helped to motivate us to push ahead with our rebuild.”

Vigier has been restoring the program with the help of producers, distributors and friends, and additions from owner Martin Spedding’s private cellar, including back vintages and wines that are no longer on the market. The cellar will reach 2,000 bottles with the addition of a selection of particularly rare and old bottlings early next year.

The current list offers 300 selections with 64 wines by the glass, emphasizing New Zealand, North America, Europe and Australia. There are more than two dozen bottlings from Ten Minutes by Tractor’s own estate, alongside an array of Australian producers such as Bindi, Jasper Hill and Grosset.

“Our core philosophy remains the same, to allow guests to explore the iconic cool-climate varieties and wines from our region, Victoria, Australia and around the world,” Vigier said, noting that the new program also features newcomer producers and more experimental wines. He plans to continue growing the list, keeping in mind chef Adam Sanderson’s heavily local and seasonal cuisine, presented through both à la carte and tasting menus.—J.H.

Best of Award of Excellence winner Lotus of Siam’s original location in Las Vegas’ Commercial Center began a soft open this week, two years after heavy rains caused a roof collapse that forced the restaurant to close. The team plans to fully reopen by the end of the year.

The new wine program reflects the original’s focus on German wines, with particular emphasis on Rieslings to complement the northern Thai cuisine. France and California are highlighted as well.

A second outpost that opened just three miles away after the collapse will continue operating. A shuttle will run between the two, transporting guests if either location has a shorter wait time.—N.C. 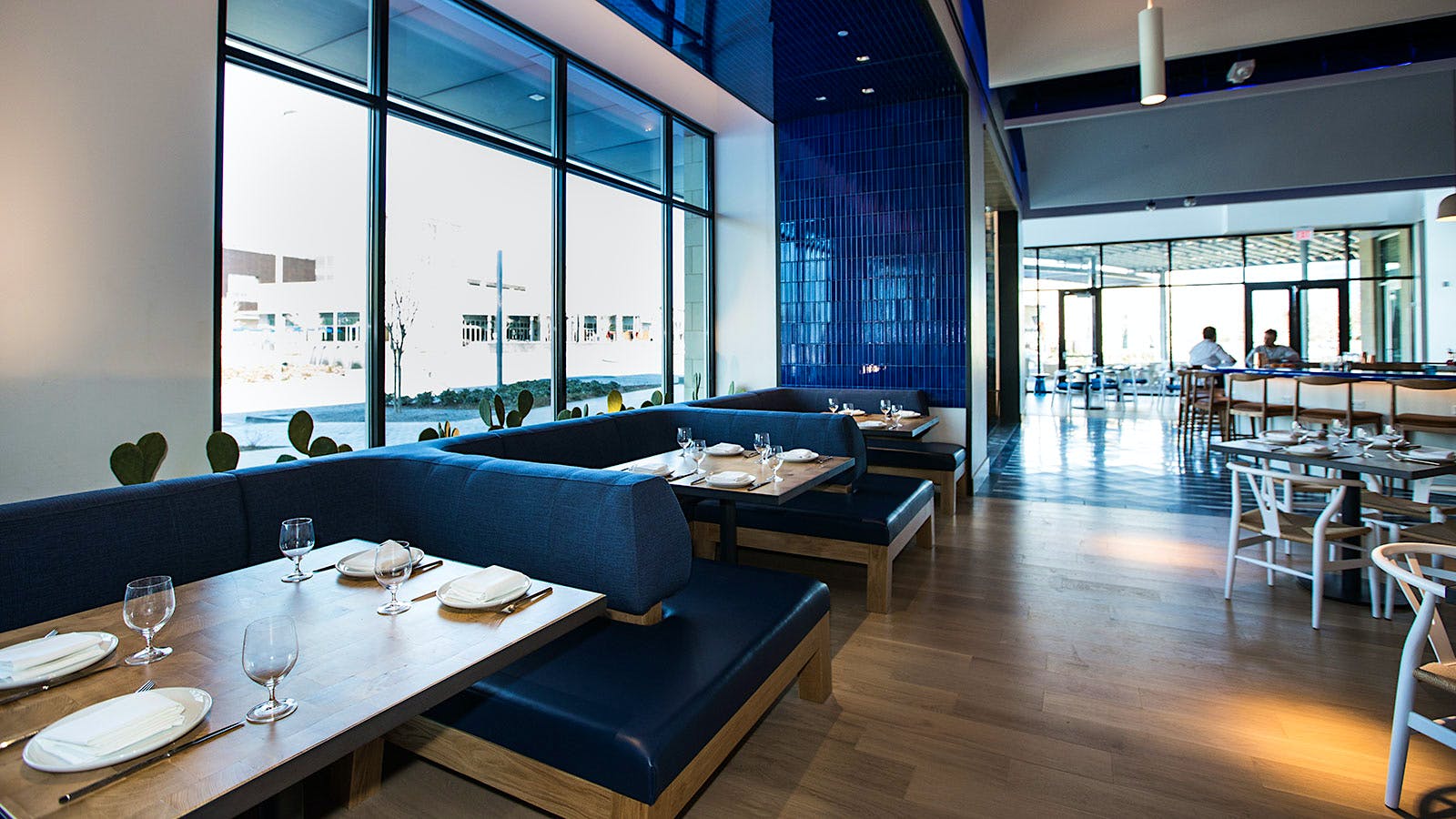 Courtesy of Zaytinya Frisco
Following the closure of its Texas outpost, the Zaytinya team teases an upcoming venture.

Chef José Andrés’ Mediterranean-inspired restaurant, Zaytinya, closed in Dallas Nov. 18 after an almost two-year run. The Award of Excellence winner was located at the Star in Frisco, a 91-acre campus home to the NFL’s Dallas Cowboys franchise, and now plans to reopen in a new space. The wine list featured 150 selections with a heavy emphasis on Greek wine.

“We’re incredibly grateful to our dedicated employees and for our friends and neighbors in Frisco and the Star community, who have been extremely supportive of the introduction of the Zaytinya brand in Texas,” a statement from Andrés’ ThinkFoodGroup read in part. “We’ll share details of a new location in Dallas soon.”

The group owns 14 other Restaurant Award winners, including the original Zaytinya in Washington, D.C.—N.C.