The 1,000 selections focus on Burgundy, Bordeaux and Napa Valley, and Moulton has expanded a few other regions to complement the seafood-heavy menu including Alsace, Chablis and Champagne, especially grower and vintage Champagne. Adjacent to the restaurant is the Wine Vault, a more intimate setting for guests to enjoy Rime's menu surrounded by floor-to-ceiling wine storage. The space is also used for monthly wine dinners that often highlight Napa Valley wines.—Natalie Crooks

Peasant, a mainstay of the dining scene in New York’s Nolita neighborhood since 1999, will change hands at the end of December. The Italian restaurant will close Dec. 31 and reopen Jan. 7 under new leadership. Taking over is chef Marc Forgione, the celebrity chef and restaurateur behind a self-named Wine Spectator Best of Award of Excellence winner and three Best of Award of Excellence–winning outposts of American Cut Steakhouse.

“No one is more excited than we are,” said Matthew Conway, longtime wine director of Restaurant Marc Forgione, who will also oversee a new wine program at Peasant. He and Forgione have been frequenting the restaurant for nearly all of its two-decade history, so they welcomed the opportunity to uphold the legacy of owners Frank DeCarlo and his wife, Dulcinea Benson, who are relocating to focus on their Long Island restaurant, Barba Bianca.

Peasant’s name will stay the same, as will the style of cuisine and most of the decor. “We want to slowly transition into something that we think is organically us, while still preserving their history,” Conway said.

The biggest change coming Jan. 7 is an entirely new wine list, though that will also grow gradually. The opening list offers approximately 10 white wines, 20 reds and a Prosecco, with about half of those available by the glass or bottle. Conway expects the selection count to double by February and eventually reach about 120 labels from Italy and Champagne.

Expect primarily big-name wines, as well as lesser-known, trendier producers at lower price points. “There will be something for everybody,” Conway said. “There’ll be a great bottle of Brunello, a great bottle of Barolo, and there might be a funky little natural Sangiovese from Tuscany from a producer that I adore.”

The opening menu will be quite similar to the original, with the exception of new pasta dishes using fresh, house-made pastas instead of dried. Forgione will then implement his own dishes over the next several weeks, many of which will be based on former Peasant dishes, and without straying from the restaurant’s culinary foundation: two wood-fired ovens that DeCarlo built by hand. Forgione is also planning to keep some of his favorite Peasant staples on the menu. 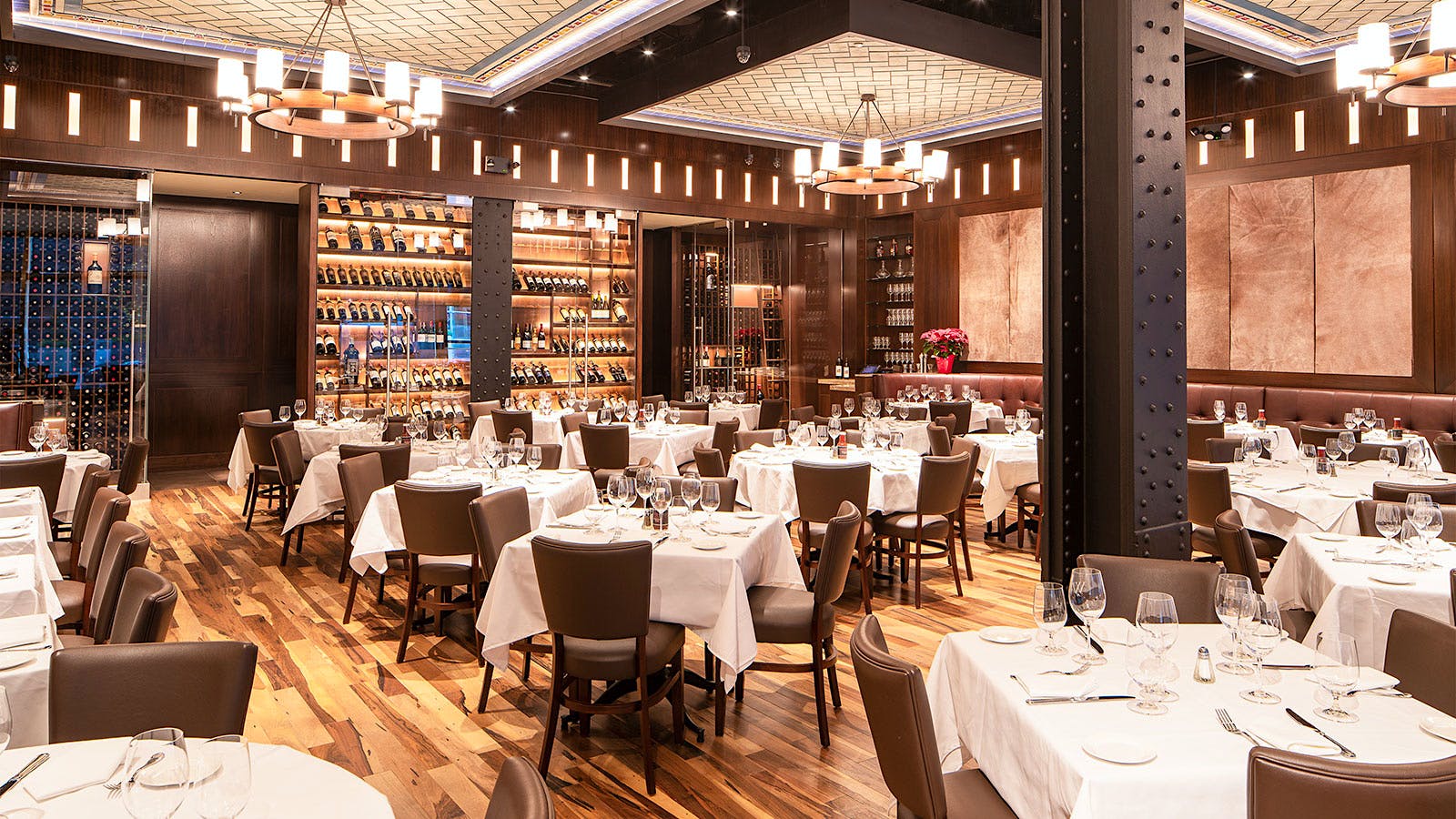 Wolfgang's Steakhouse by Wolfgang Zwiener, which has 19 Restaurant Award winners around the world, opened its sixth New York location near Herald Square in Midtown Nov. 29. “We’re part of the expansion in the area, so it’s an exciting time for us,” said Steven Zwiener, managing partner and Wolfgang’s son.

This outpost boasts the largest opening wine list for the brand, with nearly 400 selections and more than two dozen wines by the glass, managed by wine director Brett Feore. Though it’s a broad, international program, California Cabernets are the main focus, representing smaller producers in addition to benchmark names like Screaming Eagle and Caymus. The team plans to further expand selections in the next few months, rounding out the collection with more bottlings and verticals from regions such as Burgundy, Bordeaux, Italy, Oregon and Washington. “We want this restaurant to have a premier wine list,” Zwiener said. “We want breadth and depth.” 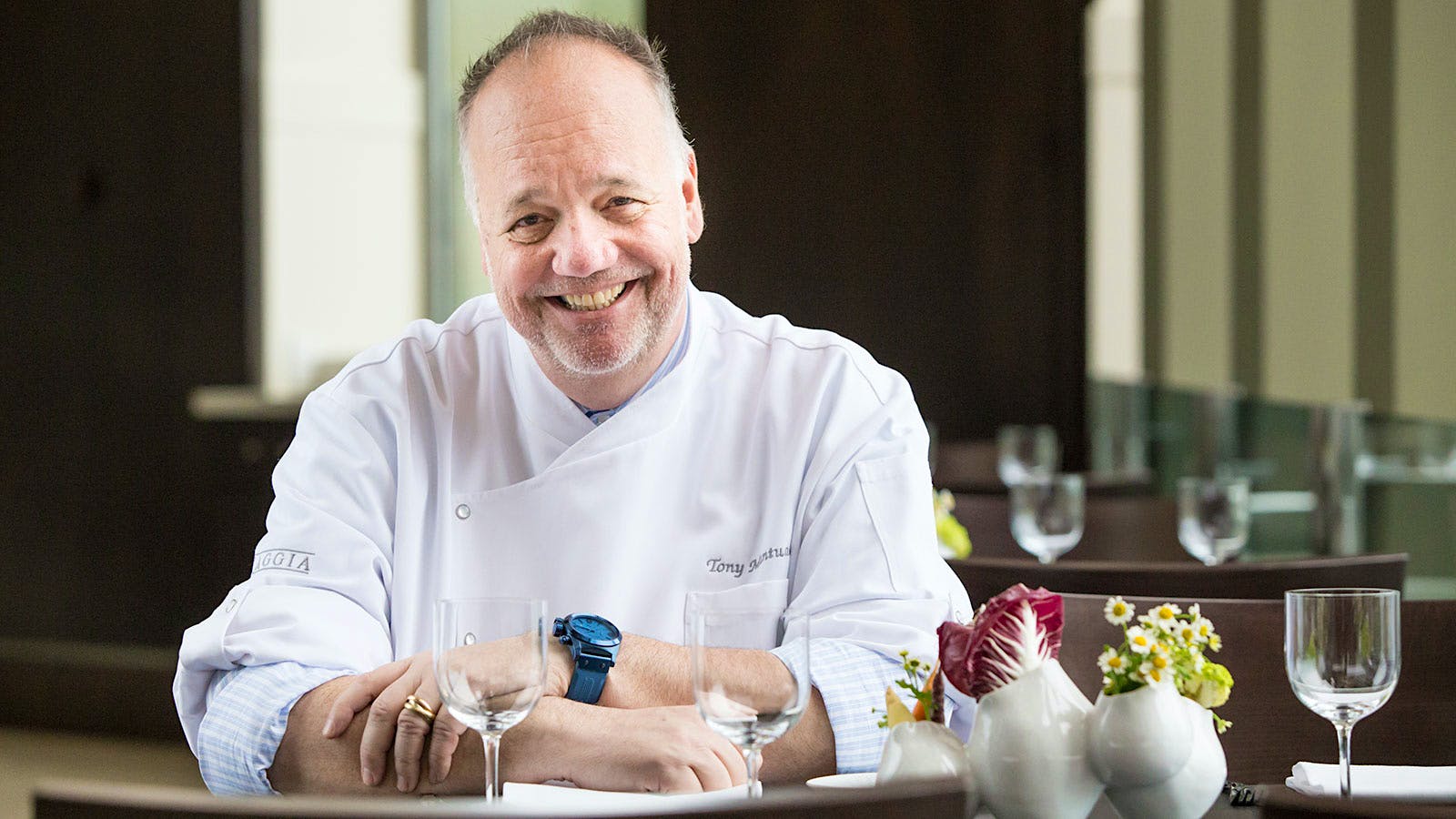 Tony Mantuano, longtime chef of Best of Award of Excellence winner Spiaggia, has taken a step back from his celebrated Chicago restaurant. Mantuano and his wife have been traveling through Italy since the beginning of November and plan to stay indefinitely, and though Mantuano has been vague about his plans, he told the Chicago Tribune he is not retiring.

"Tony’s accomplishments at Spiaggia speak for themselves and he has set the table for the future generation to take things to the next level," said Jennifer Nickerson, V.P. of restaurant operations for Levy Restaurants, which includes Spiaggia as well as Best of Award of Excellence winner Bourbon Steak & Pub in Santa Clara, Calif. "We wish Tony nothing but the best in this new phase of his life."

Helming the kitchen in Mantuano's absence is executive chef Eric Lees, who accepted the position in September. The restaurant will continue serving upscale Italian fare and a 750-selection wine list with strengths in Tuscany, Piedmont and Champagne.—N.C.