From openings to staff shuffles to a major brand purchase, this past year was packed with news from Wine Spectator Restaurant Award winners. There were big moves from big-name chefs, like Thomas Keller’s venture into casual Mexican cuisine in Napa and Jean-Georges Vongerichten’s Philadelphia debut, new chapters for old favorites like New York’s Pastis and Gotham Bar & Grill, and much more. Catch up with this roundup of Wine Spectator’s most-read Turning Tables stories of 2019.

Stay up to date on the latest in restaurant news from Wine Spectator Restaurant Award winners by subscribing to our free biweekly Private Guide to Dining newsletter, which delivers everything you need to know about wine excellence in restaurants straight to your inbox.

Landry’s hospitality group, which boasted a whopping 104 Restaurant Award winners, acquired even more winners in September when it purchased Del Frisco’s Restaurant Group’s two flagship brands, Del Frisco's Grille and Double Eagle Steakhouse. The former holds 19 Restaurant Awards and the latter holds 16 including a Grand Award winner in New York, making them a natural fit for the group, which is focusing on expanding its restaurants’ wine programs. Landry’s has made no changes to the operations or wine lists at Del Frisco’s. Get details on the deal from owner and CEO Tilman Fertitta.—N.C. 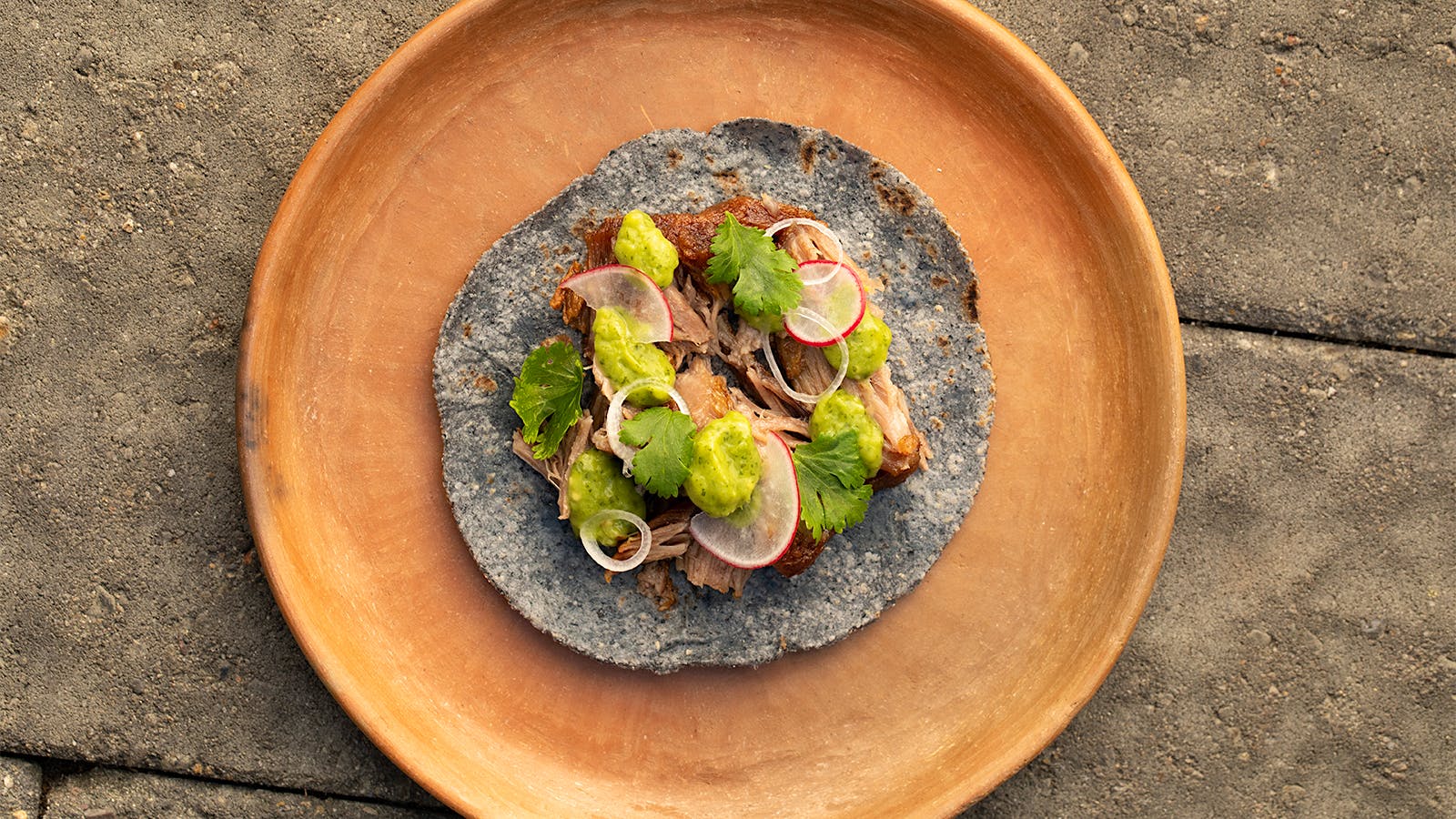 Chef Thomas Keller debuted his Mexican concept, La Calenda, in Yountville, Calif., on Jan. 3 of 2019, just a few steps away from his Grand Award winner, the French Laundry, and Best of Award of Excellence winner Bouchon. Chef Kaelin Ulrich Trilling has been serving up tacos, tamales and enchiladas with ingredients sourced both locally and from Mexican producers. The wine list reflects the cuisine, with an emphasis on Mexican wines, particularly those from Valle de Guadalupe and Santo Tomas, and also includes wines from neighboring Napa Valley. “This is the first time we have been afforded the opportunity to build a wine list around this style of cuisine,” general manager Eric Jefferson told Wine Spectator in January. Read the full story.—N.C. 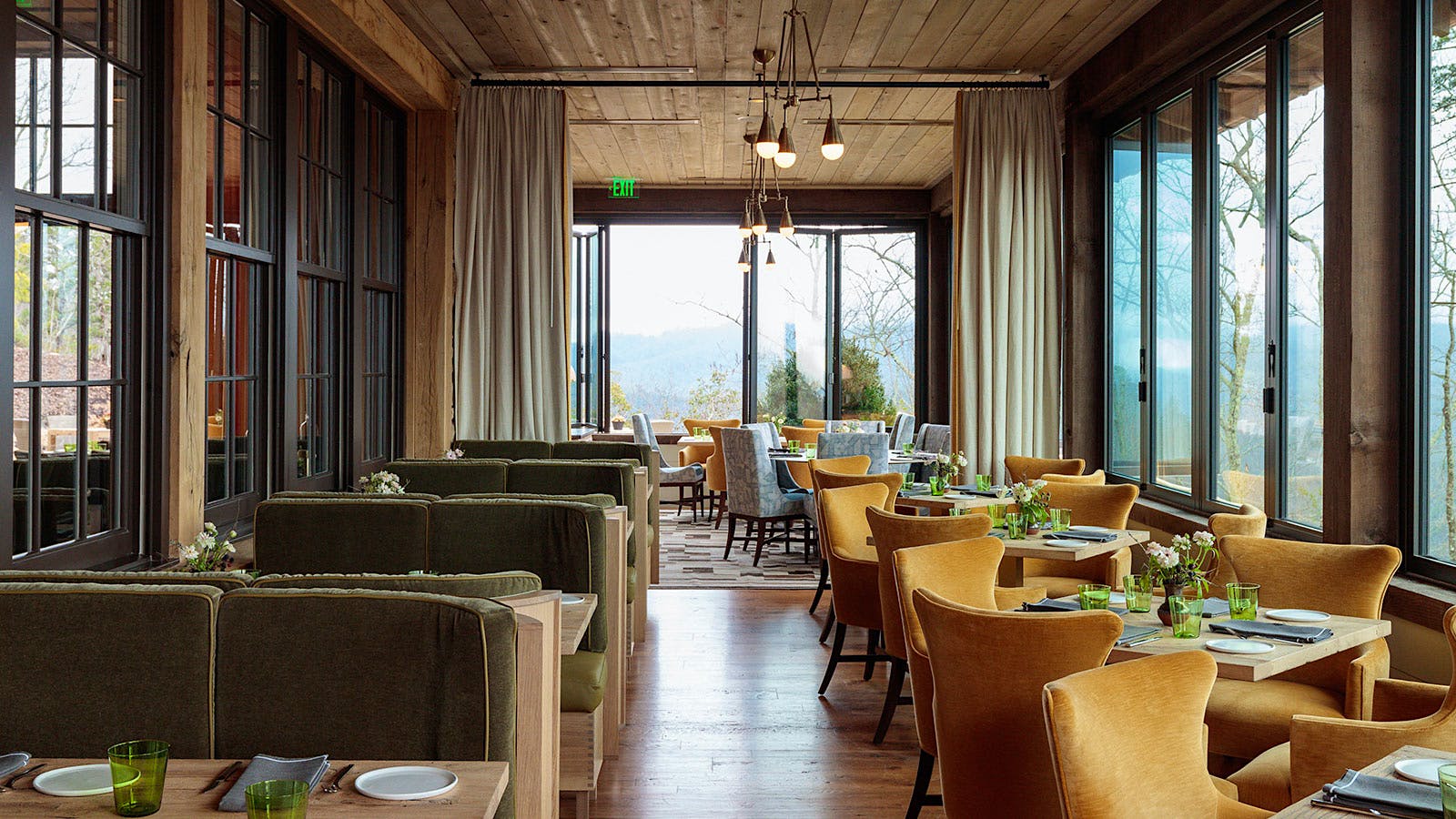 Ingalls Photography
Peer out at the Smoky Mountains from the dining room of Blackberry Mountain.

The Smoky Mountains saw the opening of a new nature and wellness–focused hotel, Blackberry Mountain, in early 2019 from the team behind Grand Award winner Blackberry Farm. The fine-dining concept in the hotel, Three Sisters, now holds a 500-bottle selection, up from 115 selections on the opening list, while maintaining a focus on California, Burgundy, Rhône and Champagne. The restaurant’s menu relies on locally sourced ingredients to create health-conscious, vegetable-driven cuisine. Find out more about the property.—N.C. 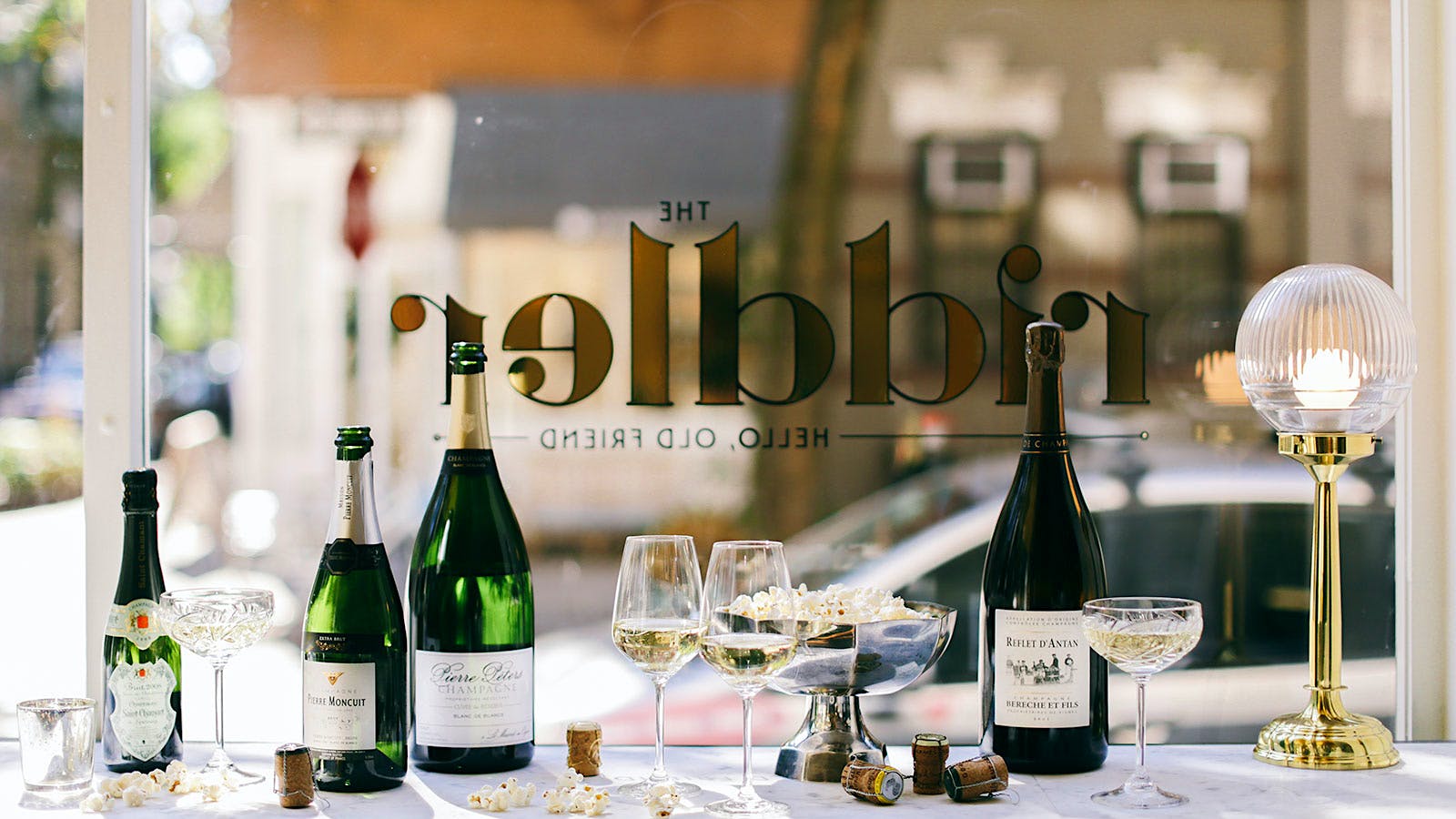 Jordan Wise
It’s all about bubbly at the Riddler in New York’s West Village neighborhood.

San Francisco Award of Excellence winner the Riddler opened a second location in New York’s West Village in October. The New York locale houses a 185-selection wine list, which is almost entirely Champagne, and 14 wines by the glass including a few other international sparkling options. Beverage director Jonathan Adkisson seeks to find a bottle for anyone by offering rare and recognizable labels in a cozy setting. The menu complements the wine list well with raw-bar items, caviar and a burger with fries. Hear more from Adkisson.—N.C. 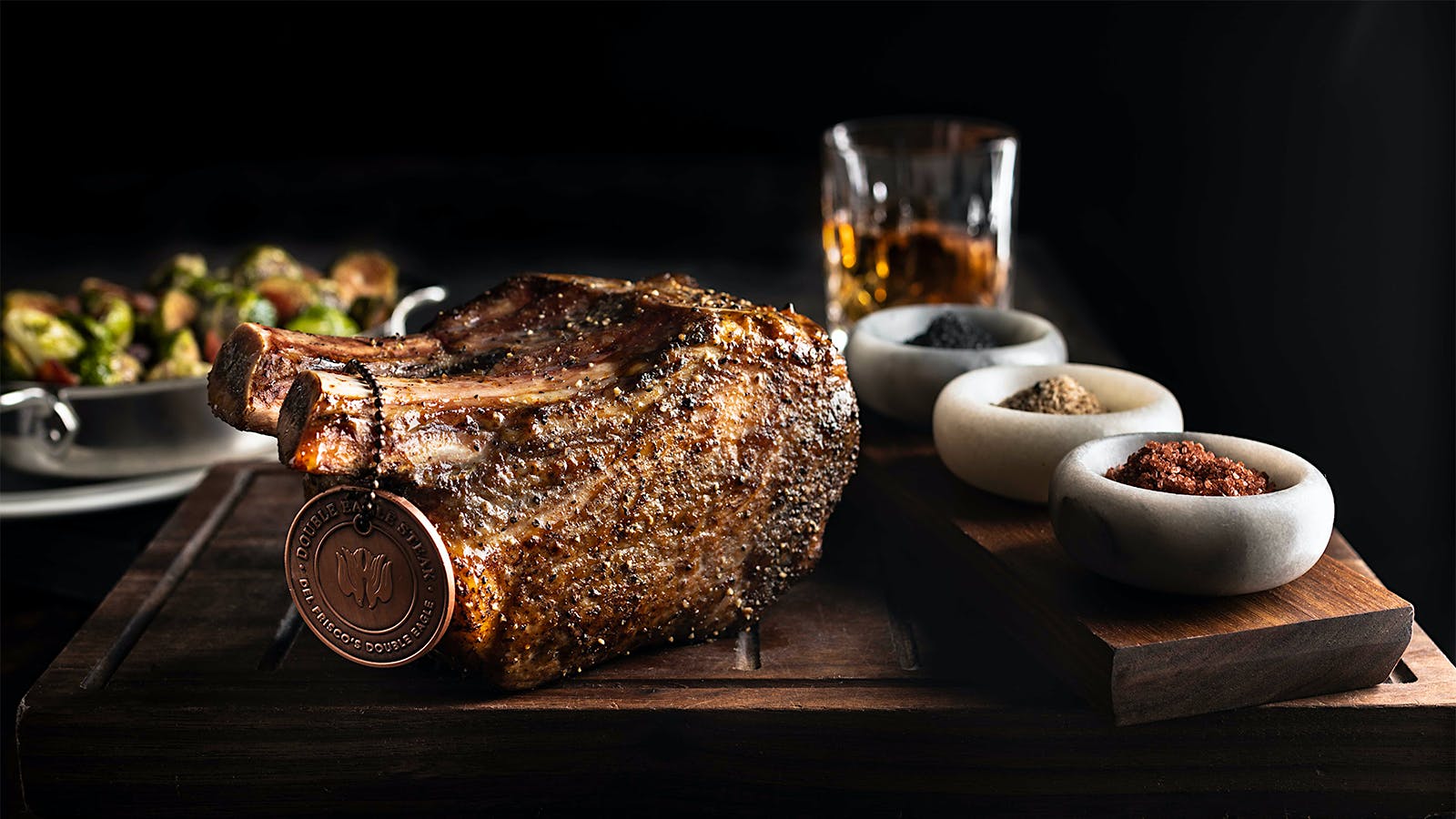 A second California location of Double Eagle Steakhouse opened Feb. 9 in Los Angeles’ Westfield Century City mall just outside Beverly Hills. The wine list debuted with over 2,000 wine selections and 45 wines by the glass, aiming to provide a more diverse and international selection than the standard steak house. Impressive selections from Burgundy and Piedmont stand out from the brand’s typically California-heavy wine lists, and a Champagne lounge occupies the second floor of the two-story location.—N.C. 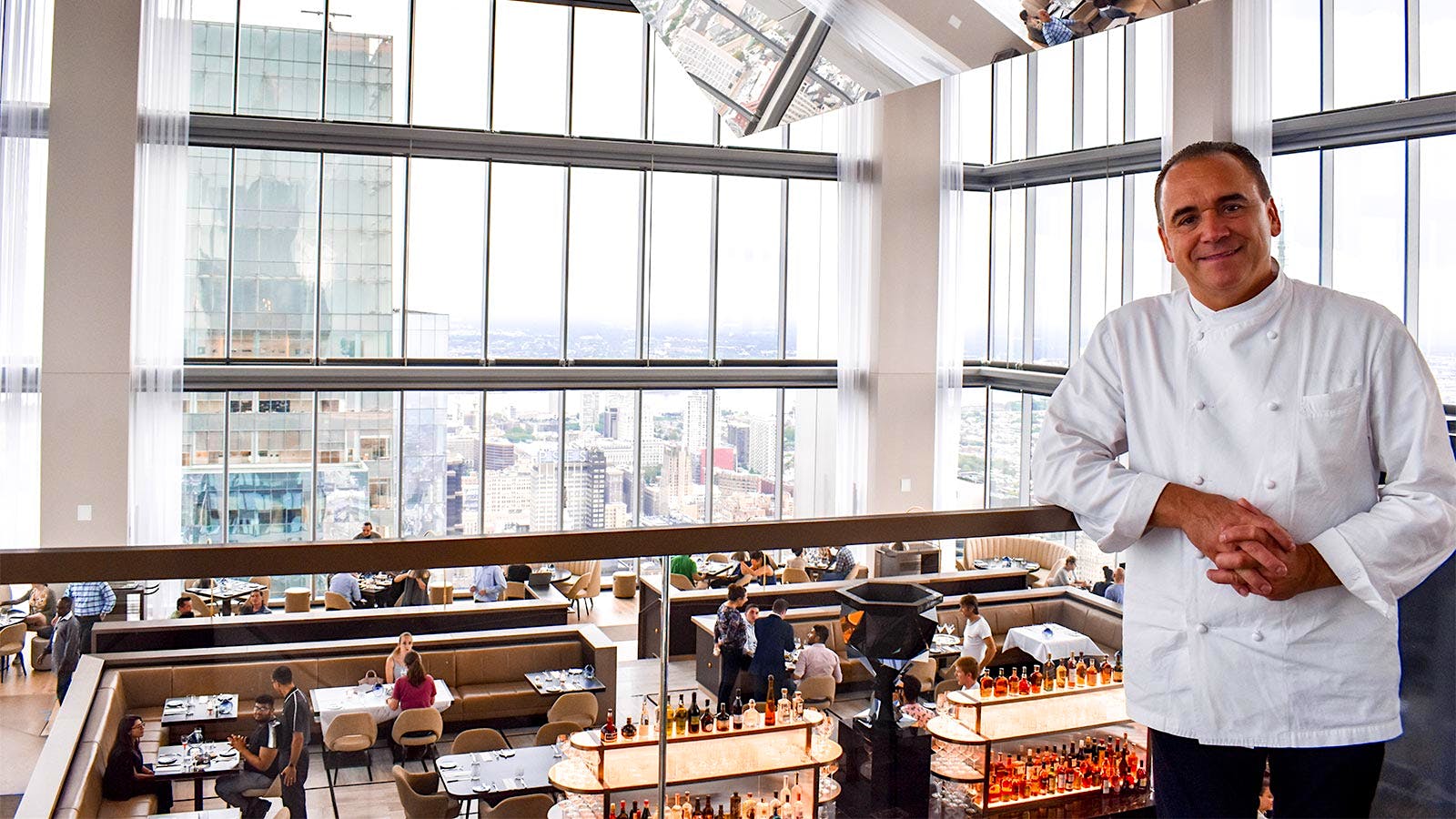 Courtesy of Four Seasons Hotel Philadelphia at Comcast Center
Jean-Georges Vongerichten’s Philadelphia restaurant and lounge both show off sweeping scenes of the city.

Jean-Georges Vongerichten is behind more than two dozen culinary concepts and six Restaurant Award winners, including his eponymous Grand Award winner in New York. The world-renowned chef expanded his empire in August with a dual opening in the Four Seasons Hotel Philadelphia at Comcast Center: Jean-Georges Philadelphia on the 59th floor and JG Sky High lounge on the 60th. The main restaurant presents Vongerichten’s signature style of seasonal cooking based on classic French techniques, with some eclectic international influences, matched by a wine list that’s now at 330 labels and emphasizes regions in the United States and France. Panoramic views of the city through towering floor-to-ceiling windows surround the dining room, making it a must-visit for wine-and-food lovers. “We want our program to help elevate the beverage scene in Philadelphia,” beverage director Jill Davis told Wine Spectator in late July.—J.H. 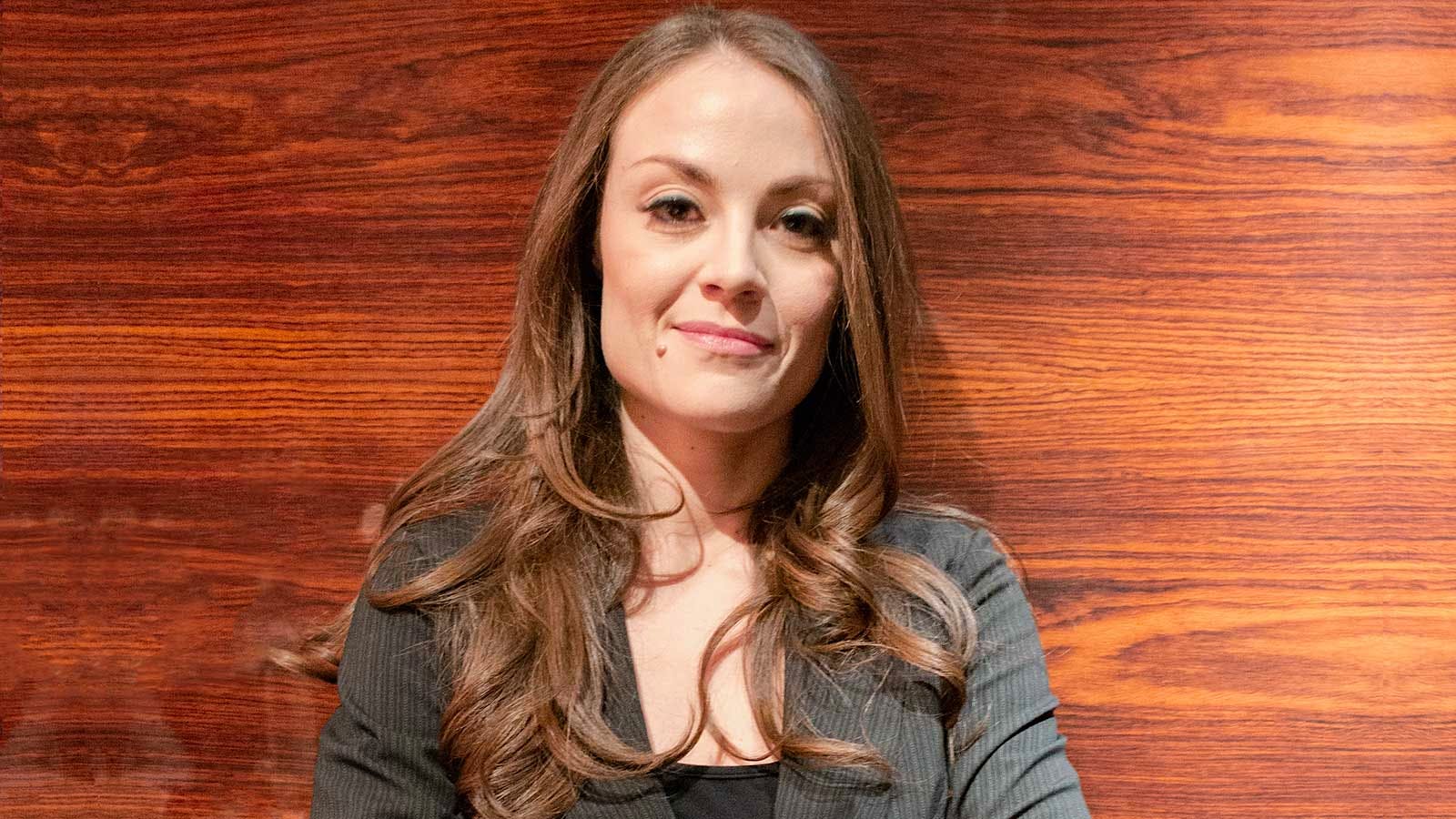 Mariarosa Tartaglione joined the Ai Fiori team as wine director Jan. 1, 2019, replacing Alessandro Piliego. Originally hailing from south-central Italy with a deep knowledge of the country’s wines, she’s further strengthened those sections on the Grand Award winner’s 2,000-label list. Tartaglione formerly managed the wine program at Best of Award of Excellence winner Marea, another piece of the Altamarea Group, along with Best of Award of Excellence winner Vaucluse. Though the group closed Ristorante Mornini in New York City in August, plans to relocate the restaurant are ongoing, and the opening of Osteria Morini in Miami is in the works for late winter. Meet the leader of the Grand Award–winning program.—J.H. 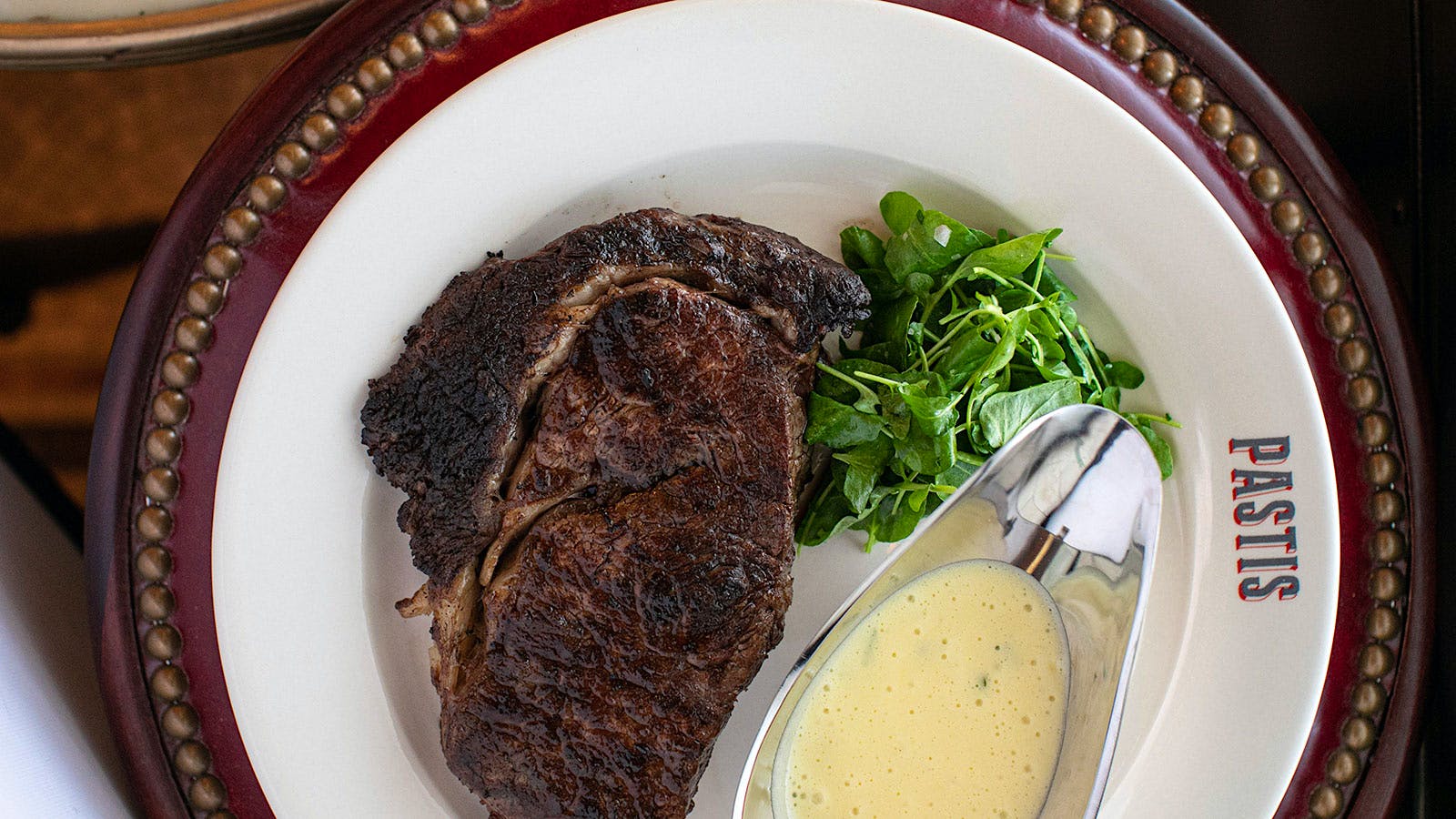 Corry Arnold
Big names teamed up for the buzzed-about revival of Pastis.

Originally opened in 1999, French restaurant Pastis was a cornerstone of New York’s dining scene when it closed five years ago. In a highly anticipated move, restaurateur Keith McNally brought back his Meatpacking District institution in early June, just steps from the original location. McNally reincarnated the concept with help from Stephen Starr, whose Starr Restaurants include 13 Restaurant Award winners across Washington, D.C., Florida, New York and Pennsylvania. The new Pastis maintains the Parisian-bistro feel and classic menu of French staples like steak frites and escargot alongside more modern additions, and is featured as one of the top destinations to visit in 2020 in the Travel Guide for Wine Spectator’s Dec. 31 issue. The 160-selection, exclusively French wine list was built by Charles Puglia, beverage director of Starr’s Best of Award of Excellence–winning Le Coucou. Here’s what Puglia shared about the program’s philosophy.—J.H. 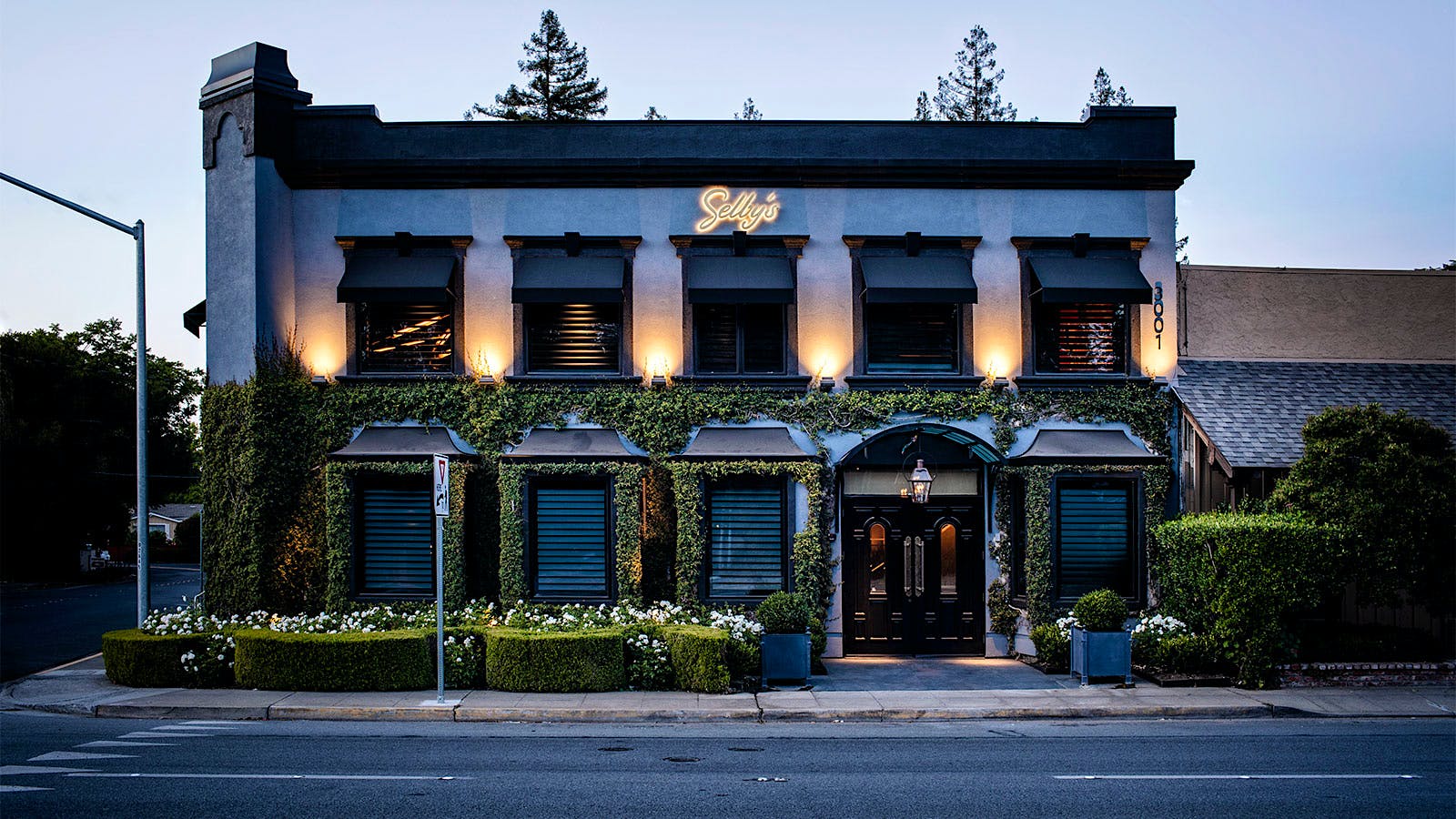 Ed Anderson
The Selby’s team built an ambitious wine list with the goal of a Grand Award.

Bacchus Management Group is known for impressive wine lists at Grand Award winners Spruce and the Village Pub in San Francisco. Its latest opening, Selby’s, has boasted a particularly ambitious program from the start. The glamorous Silicon Valley restaurant debuted in late July with 2,500 wine selections and big plans to fill the 15,000-bottle-capacity cellar hand-built by the wine team. Wine director Andrew Green told Wine Spectator last month that he’s just completed the purchase of a private wine cellar, which will bring the selection count to about 3,300—that’s already larger than both of the group’s Grand Award–winning lists. Green has been expanding certain regions based on guest interest. “What’s really flying is Bordeaux and California Cab,” he said. “And we’re snapping it up as fast as we can.” Green explains the initial goals for the list.—J.H. 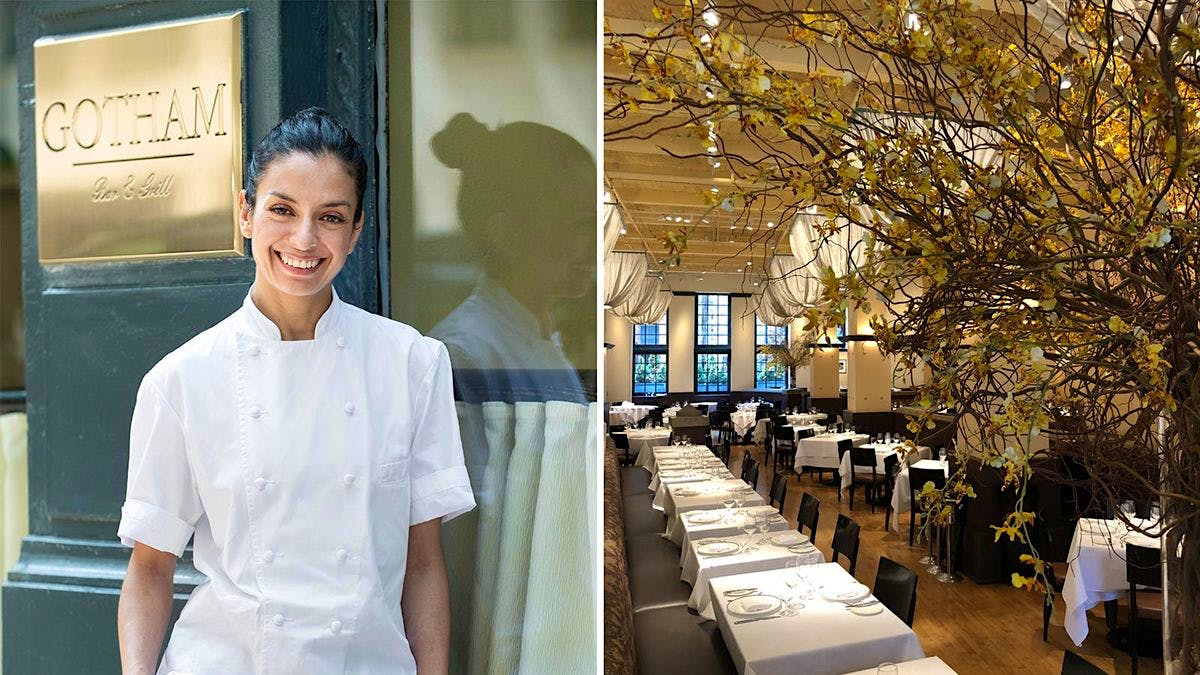 It’s been a year of changes for Gotham Bar & Grill in New York, a historic Best of Award of Excellence winner that’s been open since 1984. Executive chef Alfred Portale left his position after more than three decades at the helm, going on to open his own venture in the city’s Chelsea neighborhood, Portale. His replacement at Gotham, Victoria Blamey, officially took over in July, followed by a brief closure in August. The restaurant reopened Sept. 4 with Blamey’s new menu, and 400 additions to wine director Josh Lit’s wine list, bringing the total number of labels to 1,800. See what he added.—J.H.