If you need wine assistance in a big or tiny way, Sutter Home can lend a hand: The brand has raised well over $1 million in charity (big), but also introduced the world to the 187ml single-serving bottle in the 1980s (tiny, but big in its own way). Which brings us to Sutter Home's new national campaign: Big charity, tiny houses. In collaboration with the org featured on the TV show Tiny House Nation, Sutter Home: Project Tiny Home is literally building new foundations for shelter-seeking Americans in vulnerable situations.

Nationally launched in January 2020, the project’s plan is to build 10 "tiny" homes for individuals and families facing housing instability, including natural disaster victims, first responders and veterans. (For the uninitiated, the "tiny house movement" promotes homes with all the big-house amenities but at several hundred square feet or less.) 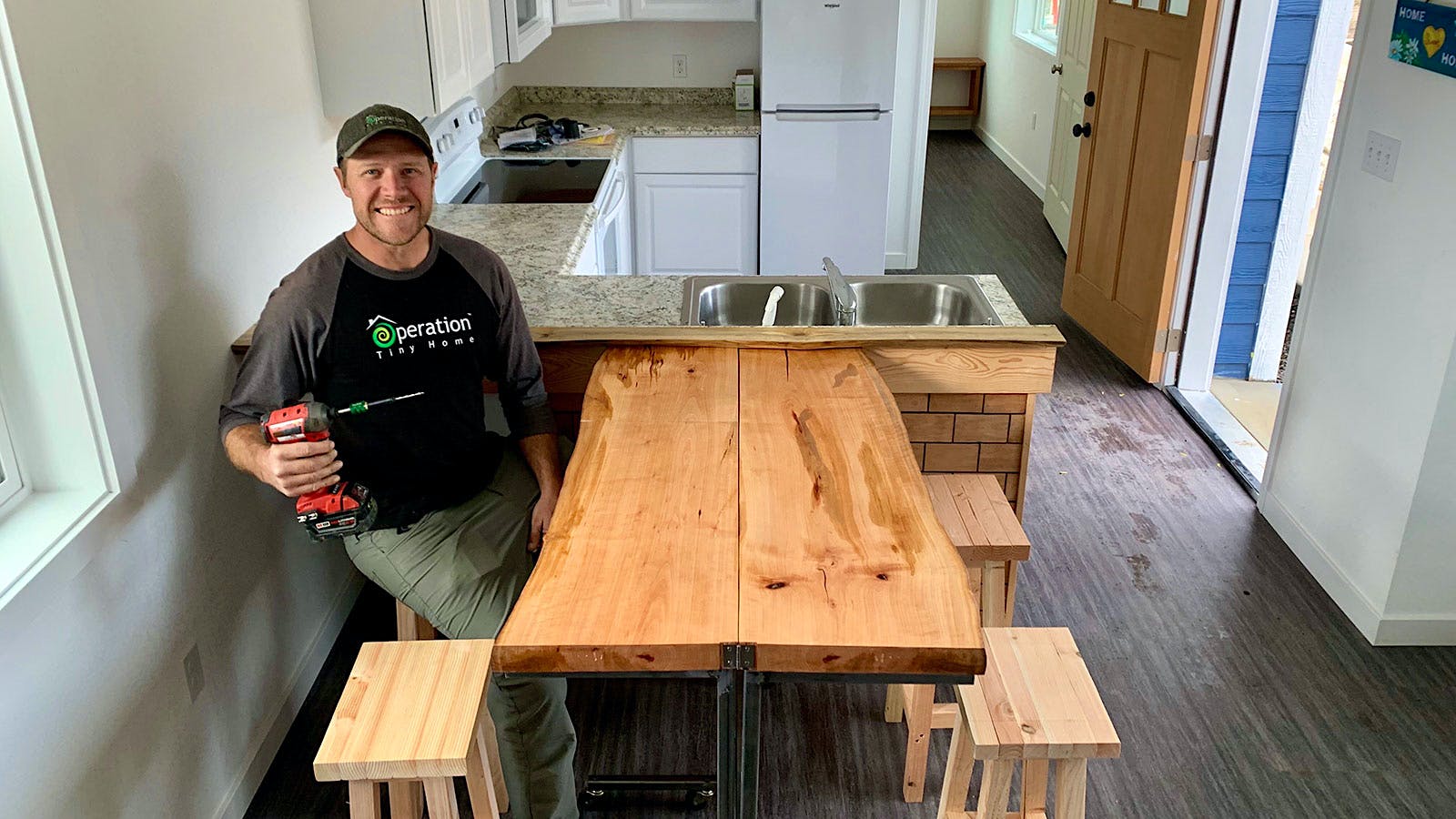 "Tiny House Nation" host Zack Giffin poses in one tiny home (and resides in another). (Courtesy of Zack Giffin)

Dave Derby, Trinchero Family Estates’ senior VP of marketing, told Unfiltered that the initiative was inspired by the country’s national housing crisis, which became increasingly personal for Sutter Home a few years ago. “The 2017 wildfires displaced many of our team members and neighbors in wine country,” Derby explained, “and they brought the housing crisis in the Bay Area and elsewhere to the forefront of our minds.” The brand is already a charity heavyweight, with its Sutter Home for Hope venture, founded in 2001, raising more than $1.4 million for breast cancer treatment, research and awareness. 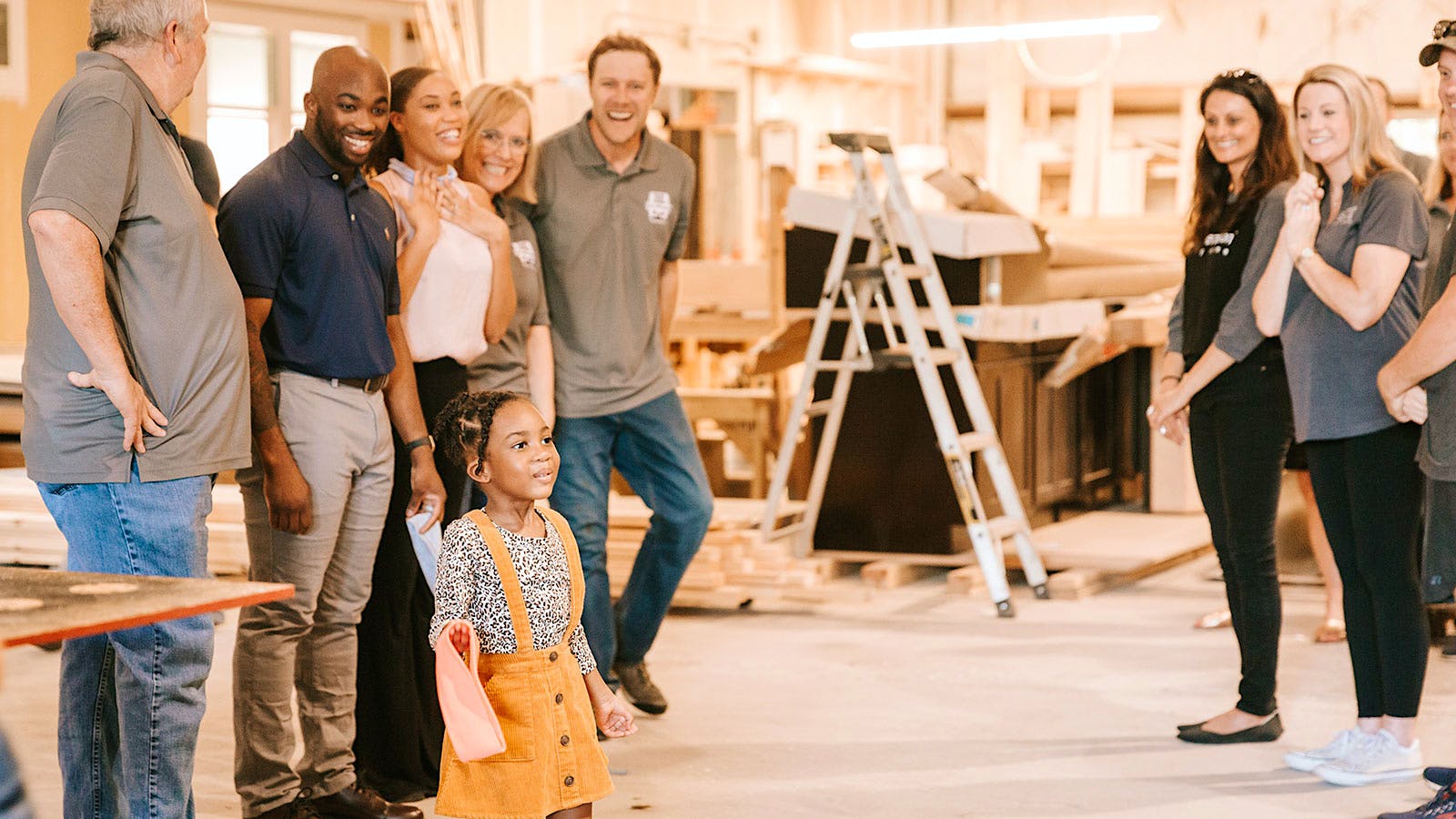 Project Tiny Home is "based" in St. Helena, but its reach is national. Here, the Inniss family of Orlando is about to get a sensibly sized surprise. (Courtesy of Sutter Home/Project Tiny Home)

To make its latest philanthropic goals a reality, Sutter Home brought in an outsize presence in the tiny house world: Zack Giffin of the nonprofit Operation Tiny Home and host of Tiny House Nation. “Partnering on Project Tiny Home was a natural fit,” Giffin told Unfiltered via email. “It’s all about giving people assistance at a critical time, allowing them to overcome barriers to ownership” and "bringing the housing crisis and the Tiny Home solution to light.” 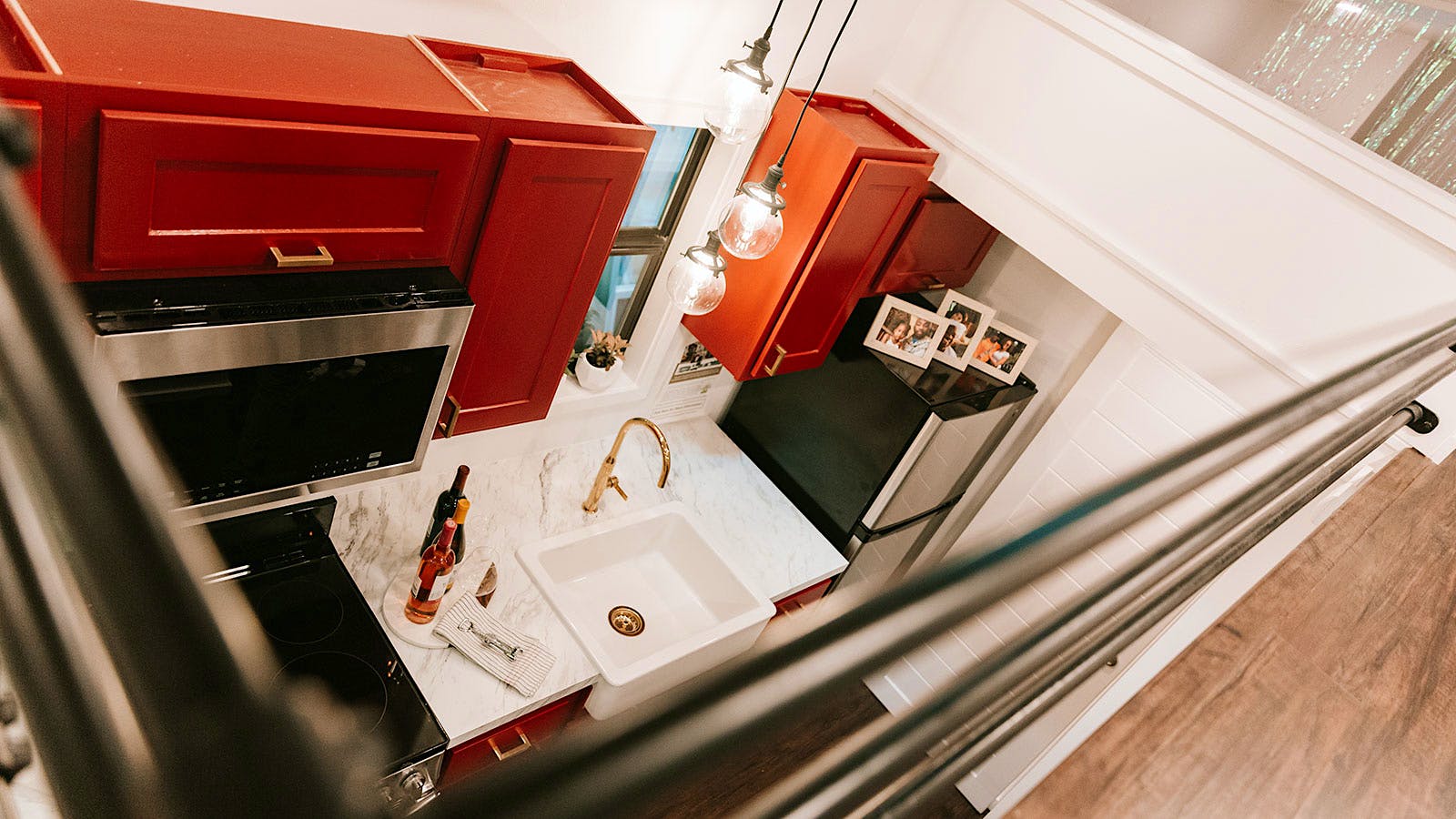 The Inniss family home kitchen, from the second floor, with Sutter Home providing the ingredients for a house party. (Courtesy of Sutter Home/Project Tiny Home)

Although only officially launched this year, the project has already built its first house in Florida for an active-duty military family that fell victim to Hurricane Irma. But what does such a tiny house look like? Per Giffin, the houses “are not only built to the same quality standards, but in a lot of ways they exceed the craftsmanship … found in normal homes,” featuring vaulted ceilings, plenty of natural light, custom woodwork, granite countertops, spiral staircases and, yes, even wine fridges. Sutter Home has been independently financing the grants for these projects, but wine lovers who want to contribute can text in to a Trinchero number through April, and the company will contribute extra funds toward beneficiaries’ groceries and home goods.

Readers who want to follow along on this large-hearted yet compact-sized adventure can watch the Project Tiny Home documentary series; the first episode follows the Inniss family, first recipients of their chic new digs.