When that surreal trailer for Cats dropped, it raised a lot of questions and answered a few questions no one had thought to ask (what would James Corden look like as a cat with hands?). But unanswered until now: Do the Cats cats drink wine? We headed to the premiere of the new film adaptation from Oscar-winning director Tom Hooper (The King’s Speech, Les Misérables), based on the beloved stage musical by Andrew Lloyd Webber, to find out.

Indeed, it's actor-comedian Corden's dapper Bustopher Jones, “the cat about town,” we find happily guzzling from a bottle of Piper-Heidsieck Champagne in one scene. Elsewhere in the movie we spotted a billboard in Cat London depicting a popping Champagne bottle with the signage “Pipurr-Heidsieck.” 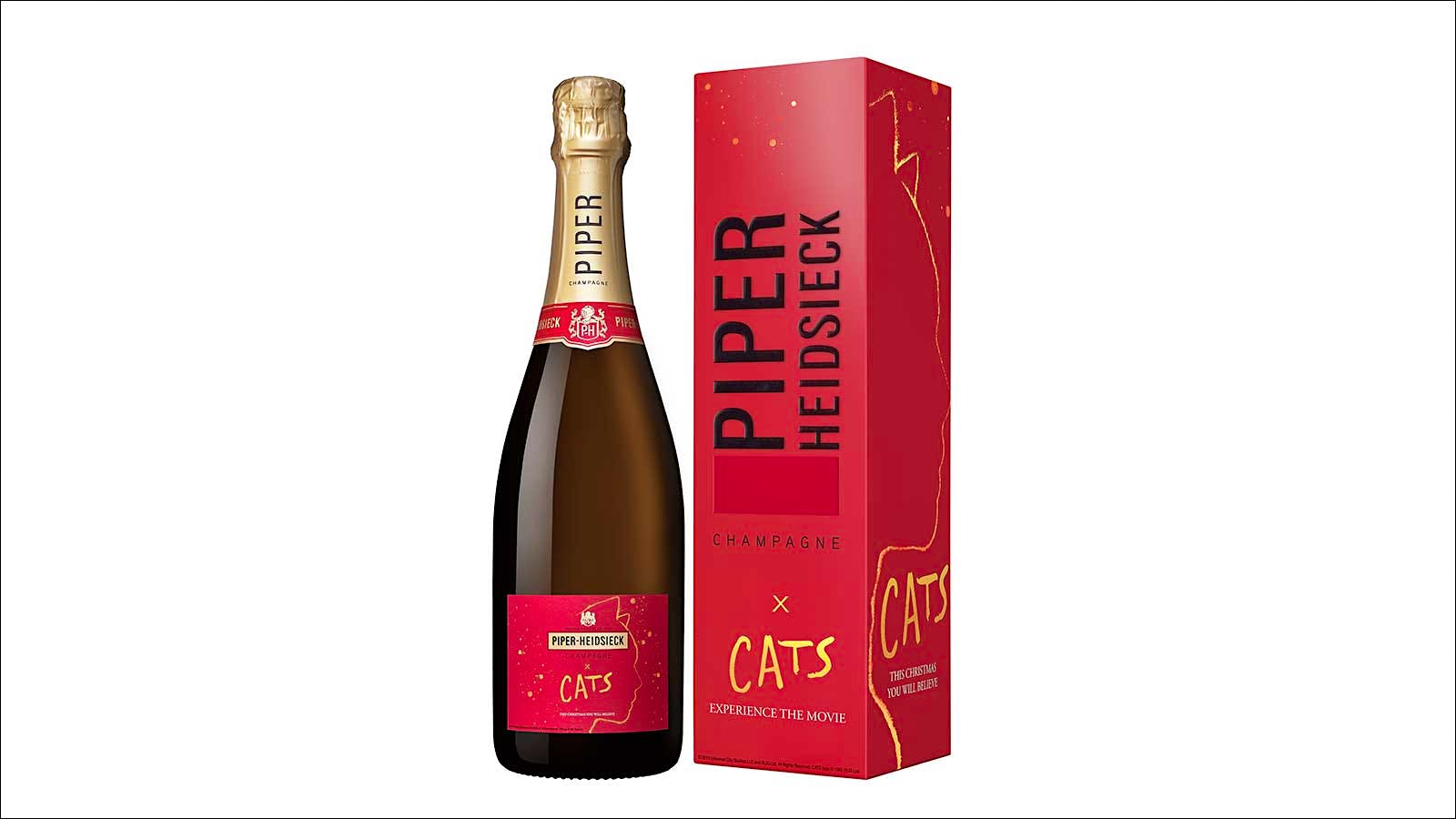 The Cats Piper bottle, for the cat(s) person on your holiday list (Courtesy of Terlato Wines)

Piper's place in the pictures goes back decades—the house is the official Champagne of both the Cannes Film Festival and the Oscars awards season's many fêtes. But Piper’s partnership with Cats is almost certainly the first evidence we have that the centuries-old Champagne is the wine of choice among talking felines.

The movie’s star-studded cast includes Judi Dench, Jason Derulo, Idris Elba, Jennifer Hudson, Ian McKellen, Taylor Swift, Rebel Wilson and newcomer Francesca Hayward, a prima ballerina from London’s Royal Ballet as Victoria, a new, central role created for the film version. Most of them appeared in human guises at the world premiere at Lincoln Center in New York, in anticipation of the film’s wider release on Dec. 20. We followed some to the premiere’s after-party at Tavern on the Green, where A-listers and cine-enophiles alike enjoyed glasses of, naturally, Piper-Heidsieck’s Brut Champagne Cuvée NV, poured from a limited-edition bottle featuring a custom Cats label. And yes, those of you who'll be catching Cats later this week can nab the Cats bottle and gift box at retailers around the country.