This dark-skinned red grape most likely originated in France's Rhône Valley, which is still considered its most famous home. Syrah is the sole grape in the reds of the Northern Rhône Valley, but it's also a blending partner in Southern Rhône appellations, including Châteauneuf-du-Pape, where it adds structure and body to Grenache-based wines. The grape was brought to Australia in the 19th century, and is better-known there as Shiraz, which it's also sometimes called in South Africa.

Syrah is generally late-budding and mid-ripening, with vines that are reasonably resistant to disease. It does particularly well in stony soils, especially those with granite content, but also has success in clay, loam and calcareous earth. 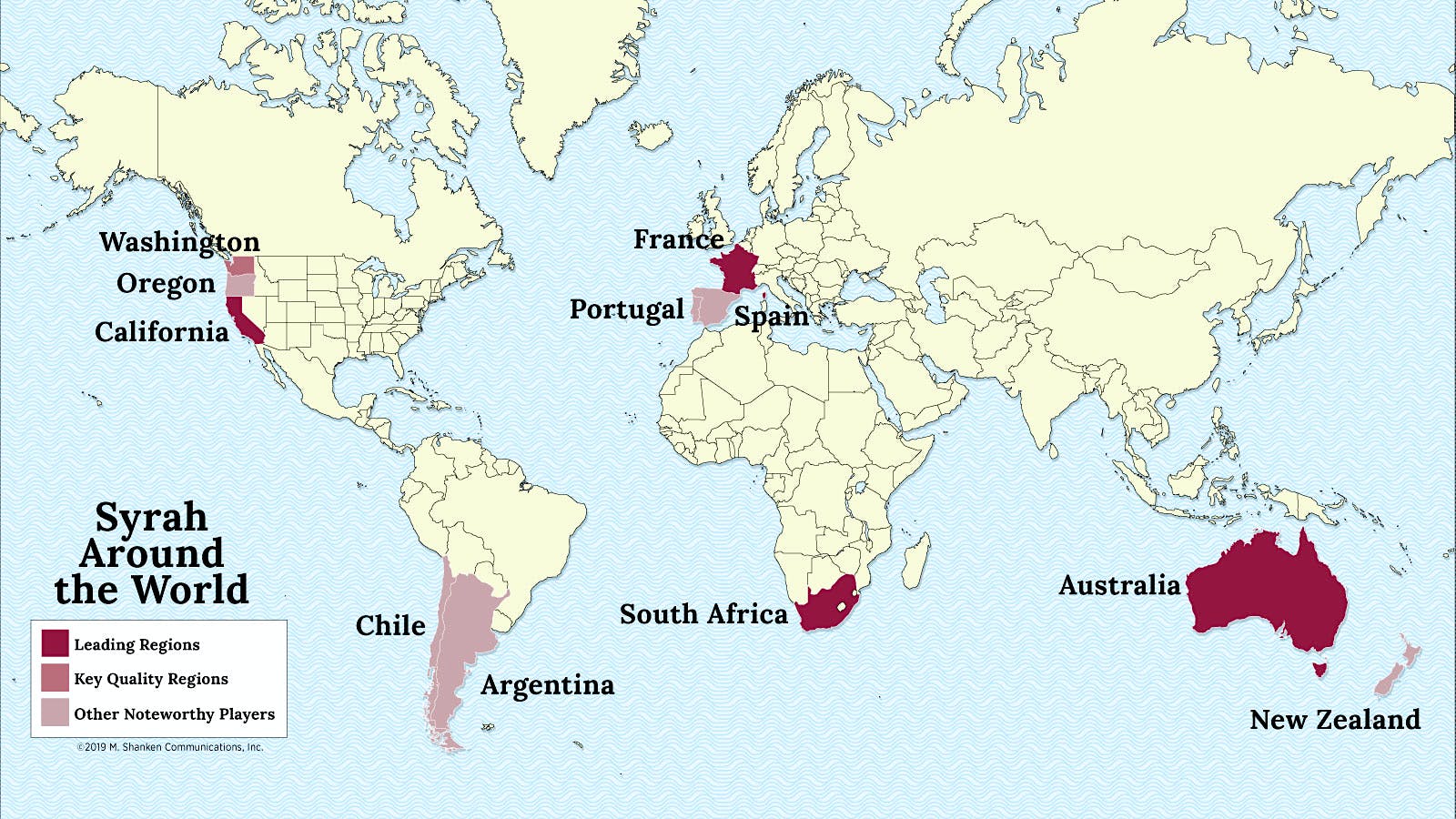 For more on Syrah

Get scores and tasting notes for recently rated Syrahs

From bone-dry to lusciously sweet, the versatile Riesling grape can do it all in Germany, …