Mexico is home to a colorful dining landscape, with some restaurants championing local flavors and others drawing inspiration from around the world—and many doing a little bit of both. In 2019, its wine-restaurant scene reached a new level of prestige when Alfredo Di Roma Mexico became the country's first Grand Award winner in the honor’s 40-year history. Read about the world-class cellar, plus five other Wine Spectator Restaurant Award winners in Mexico, from an eclectic Indian spot to a trendy French eatery to locally driven concepts. 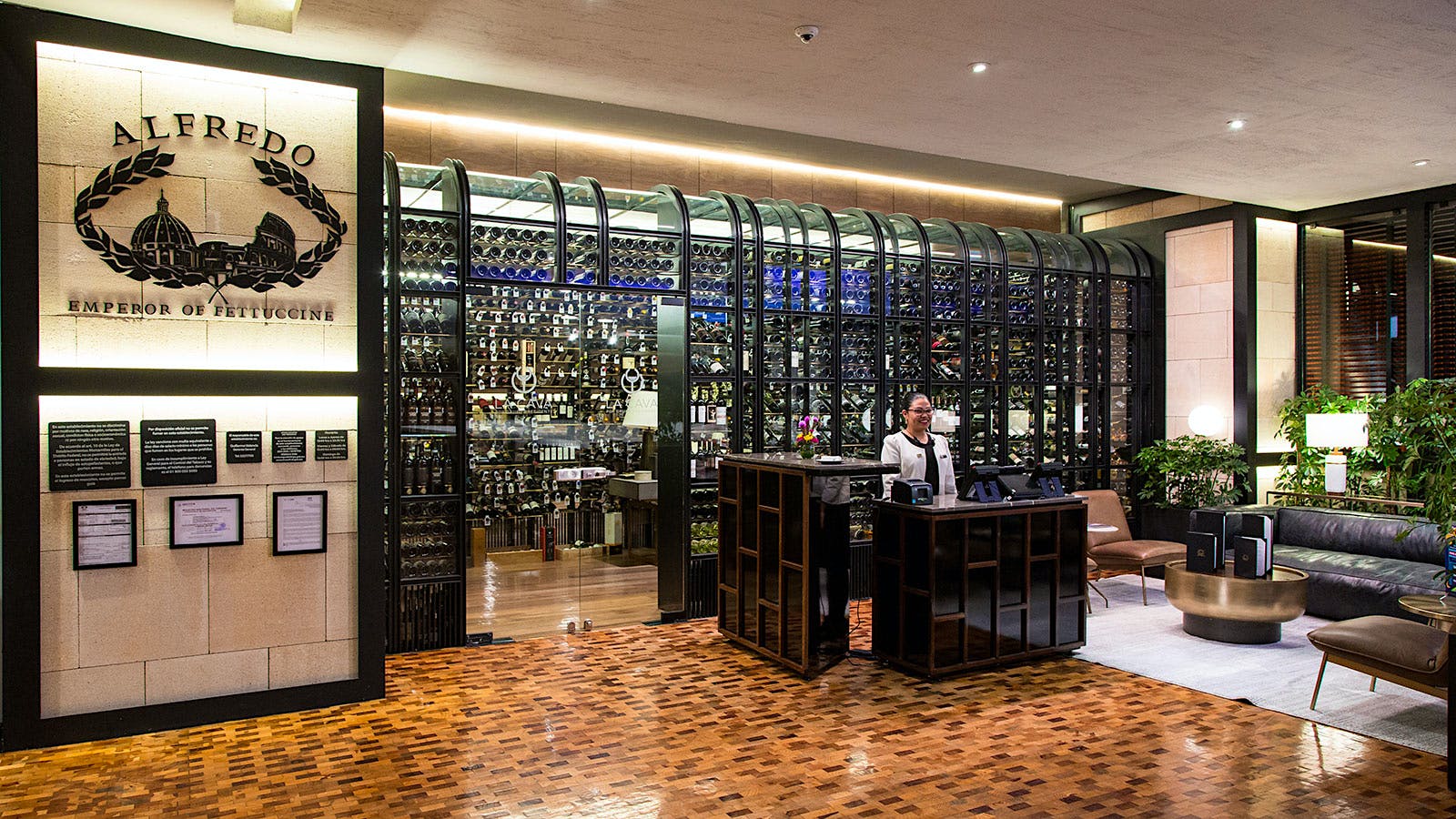 Mexico’s Hotel Presidente InterContinental houses a world-class collection of wines offered across four Restaurant Award–winning venues: Au Pied de Cochon, Chapulin, the Palm Mexico City-Polanco and Alfredo Di Roma Mexico. The latter earned a Grand Award in 2019, becoming the first restaurant in Mexico to hold the coveted title. A renovation the previous year added a 22-foot display cellar that draws guests into the dining room and holds some of the restaurant’s 40,000 bottles. Spearheading the 2,600-selection wine list is wine director Luis Morones, who emphasizes Old World classics from France (especially Bordeaux), Spain and Italy, alongside stellar picks from California, Mexico, Argentina, Chile and more. Morones recently deepened the Bordeaux section even further, and added various verticals from powerhouse Italian producers such as Masseto, Antinori and Ornellaia. Chef Mauro Chiecchio matches the program with expertly executed Italian favorites: Think burrata with basil pesto, minestrone soup and lasagna with house-made pasta. As an added bonus, the wines are generally moderately priced, and more than 40 options are available by the glass. 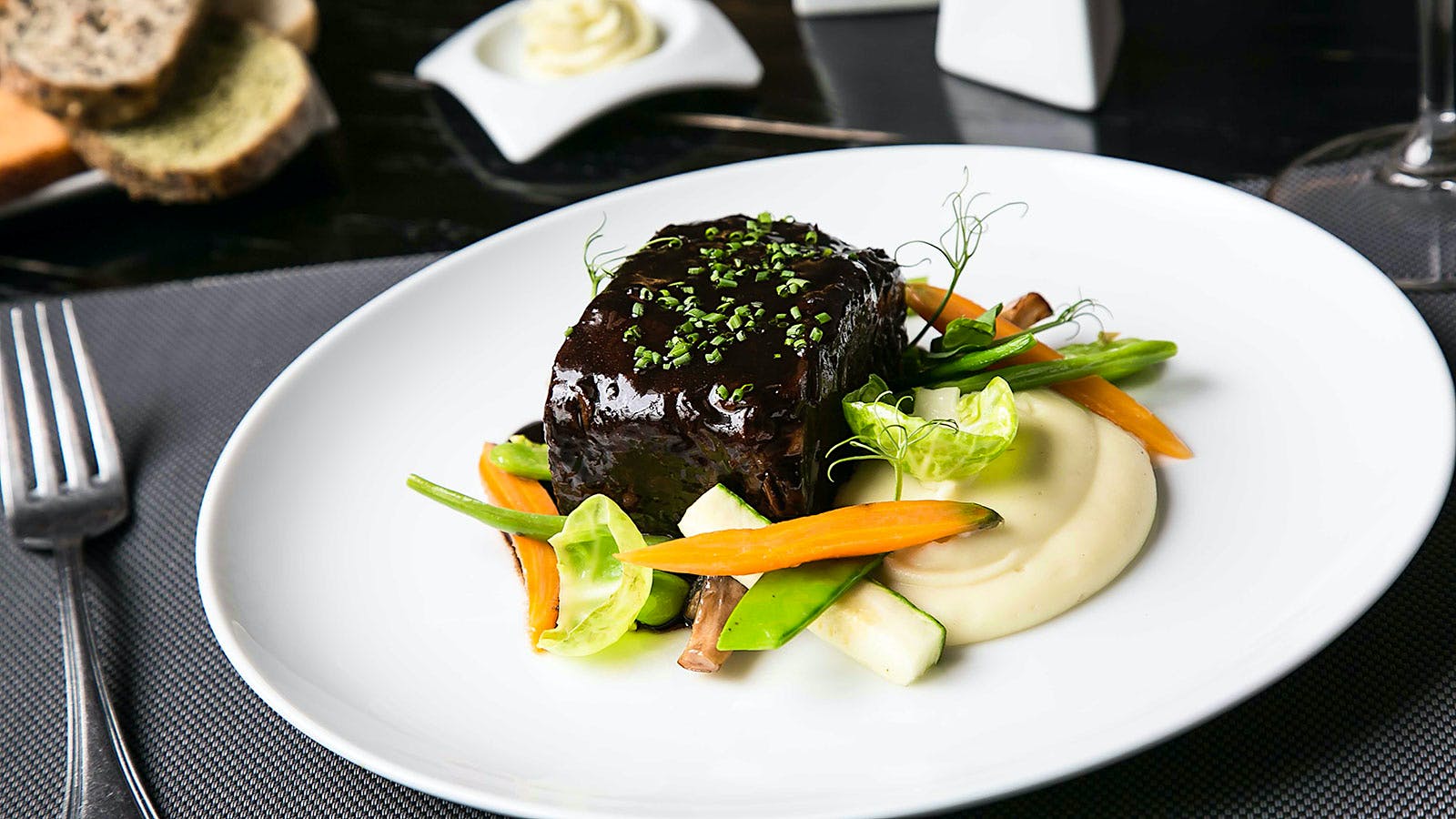 Wine director Laura Santander and chef Abel Hernández opened Eloise Chic Cuisine in 2010 with the goal of bringing a continuously evolving, contemporary restaurant to the history-steeped Mexico City neighborhood of San Ángel. The duo has stuck to that mission with a menu that’s globally influenced but based in French cuisine, and a 300-wine list driven by the team’s constant thirst for new discoveries. The program unites Old and New World regions, finding its biggest strengths in France, Spain, Mexico and Italy. Santander and Hernández are also behind Award of Excellence winners Loretta Chic Bistrot and Margaret Chic Kitchen, which feature 200 and 145 selections on their wine lists, respectively. 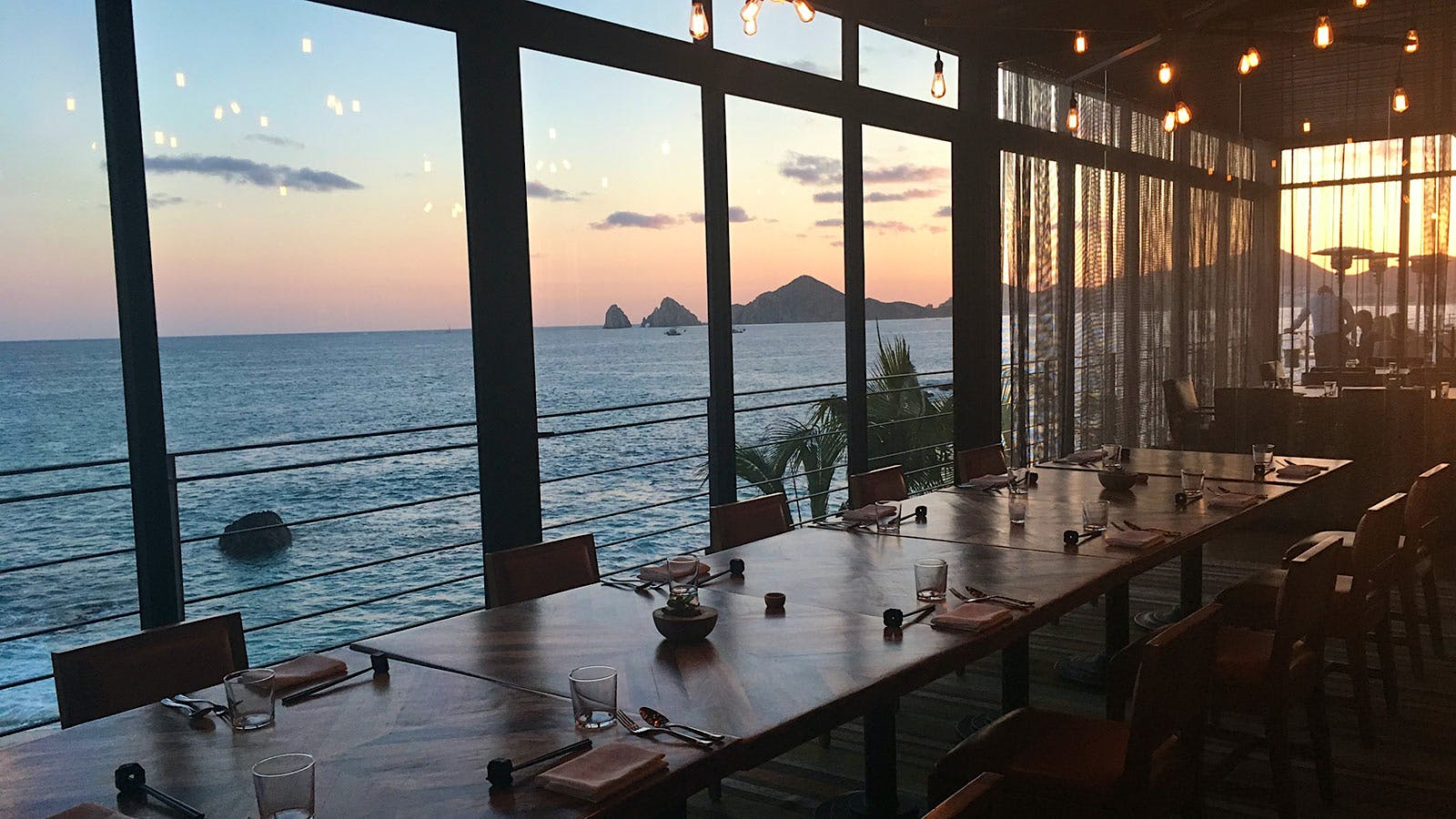 The Cape hotel is a luxurious retreat in Cabo San Lucas, Mexico, and celebrated chef Enrique Olvera is behind its signature restaurant, Manta. The name has a double meaning: It’s based off both the manta ray, as a nod to the seafood-centric cuisine, and the Spanish word “manta,” which translates to “blanket,” to reflect the restaurant’s sense of comfort. Olvera’s Mexican cuisine is infused with inspiration from places around the world, primarily Japan and Peru. It’s paired with a 370-selection wine program overseen by wine director Gabriel Reynoso, who tripled the cellar inventory in 2019 to 3,000 bottles today. There are standouts from France and California, but expect a solid number of local labels, too. Enhancing the dining room’s drama is a panoramic, uninterrupted view of the ocean and the mountains beyond, with an outdoor patio to bring guests even closer to the stunning scene. 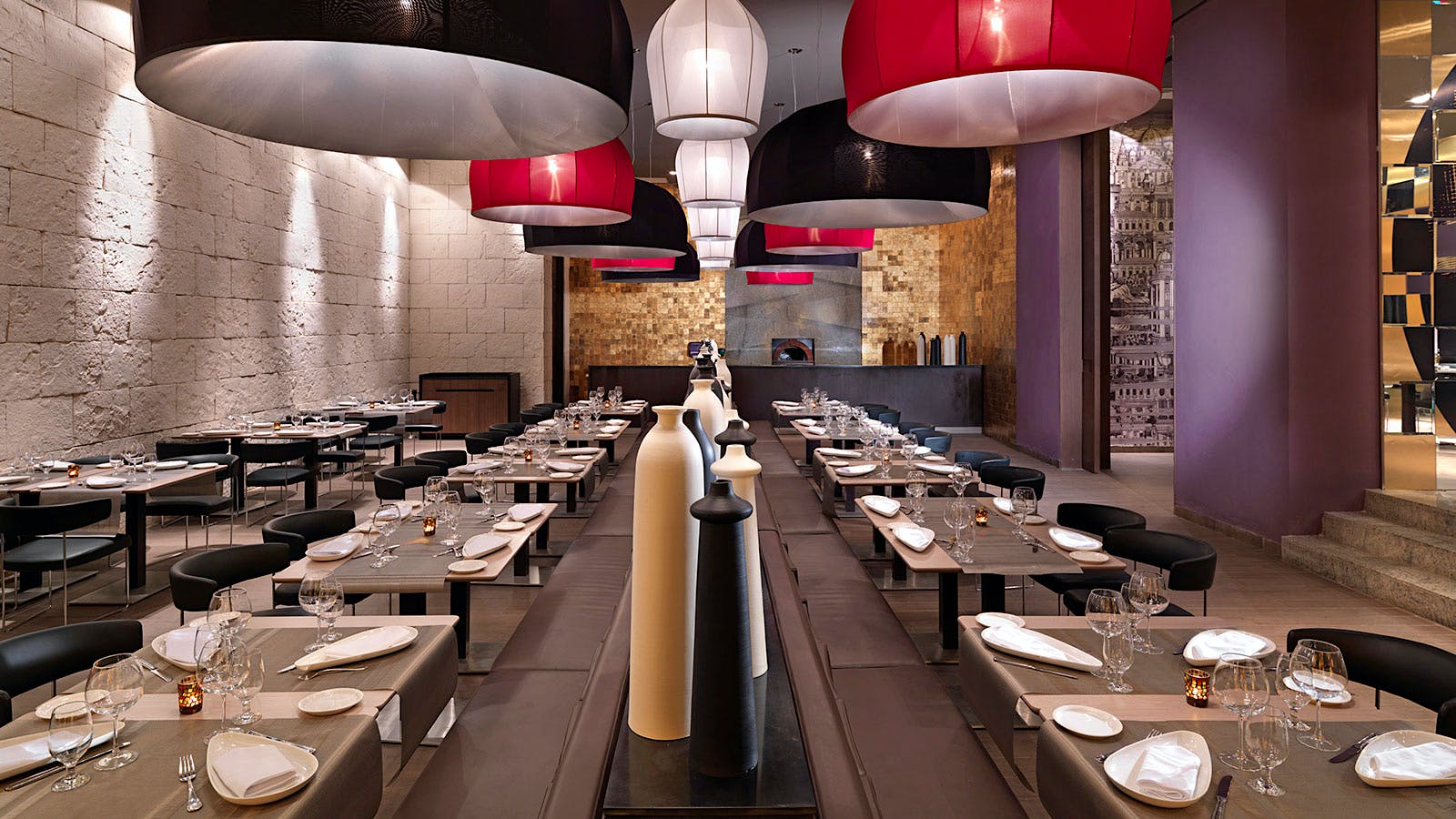 Restaurant Vento is one of four Award of Excellence winners in the Paradisus Playa Del Carmen hotel, which also includes Restaurant Mole, Fuego and La Palapa. Managed by wine director Jose Joaquin Torres, the wine program aims to be accessible to all budgets and styles, with many picks priced under $100 and an inventory that’s doubled to 2,000 bottles since 2018. Mexico, Spain and California stand out on the international list. Exciting pairings await with the menu from chef Kaushal Sigh, who incorporates European fare with Middle Eastern and Indian flavors. Among the offerings are hummus and falafel, croquettes with ground chickpea and Indian spices, and slow-cooked lamb with spinach gravy. 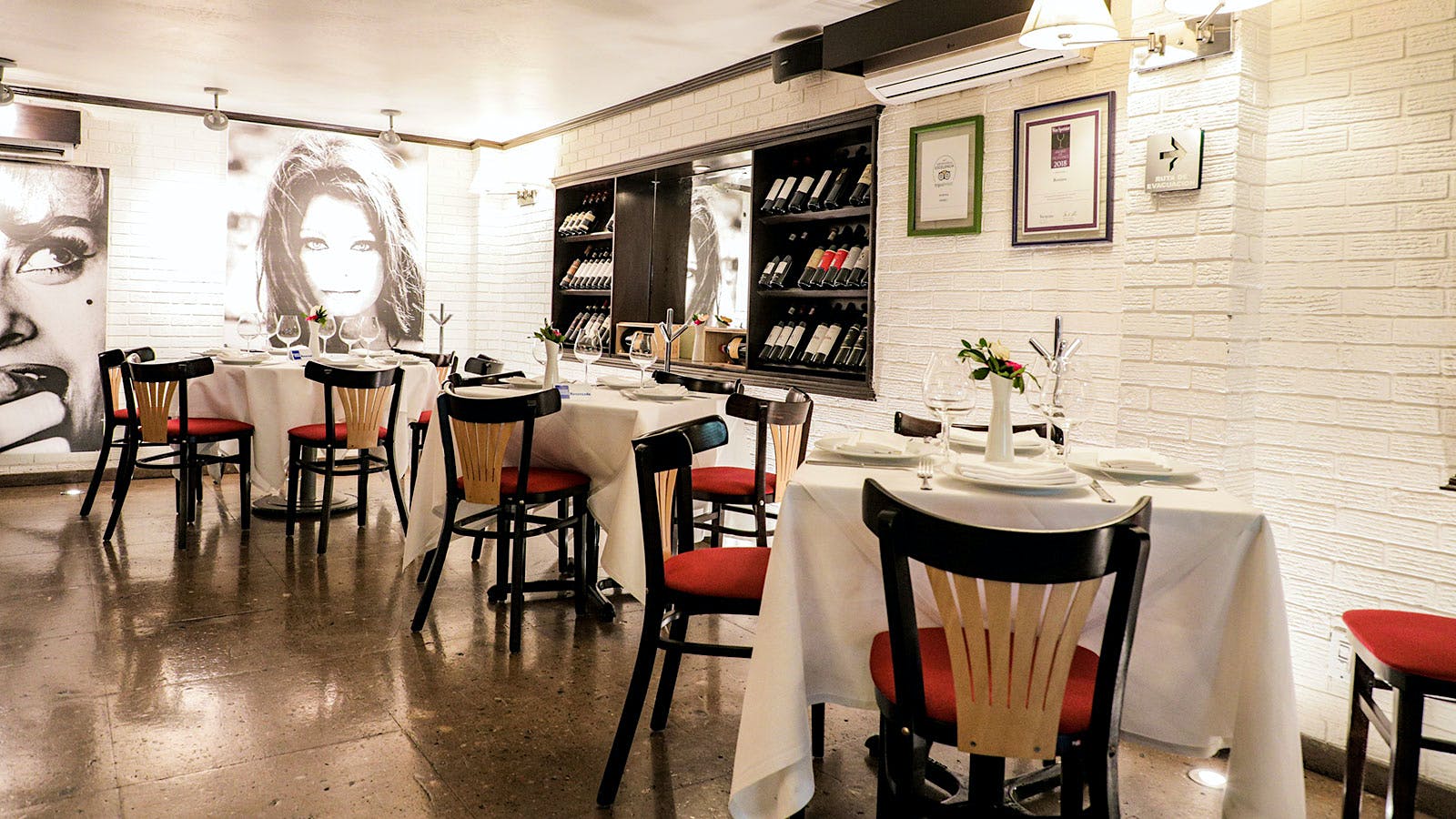 Fernando Carbajal
Some of Romina’s 1,200 bottles are showcased in a dining-room display.

Just outside the heart of Mexico City is Romina, an Award of Excellence–winning eatery serving Italian classics. The menu reads like a list of Italian staples, with starters like beef carpaccio and bruschetta, and larger plates like lamb with rosemary, shrimp risotto and, of course, plenty of pastas. The 300-label wine list is heavily Italian as well, though that’s bolstered by some international regions, most notably Bordeaux. Owner and wine director Mario Magaña has been committed to growing the Tuscany and Piedmont sections in particular, adding numerous verticals from Antinori in recent years. Magaña is co-owner and wine director of another Award of Excellence–winning spot less than a mile away, Raíz, which features 140 selections excelling in Mexico, France and Italy. 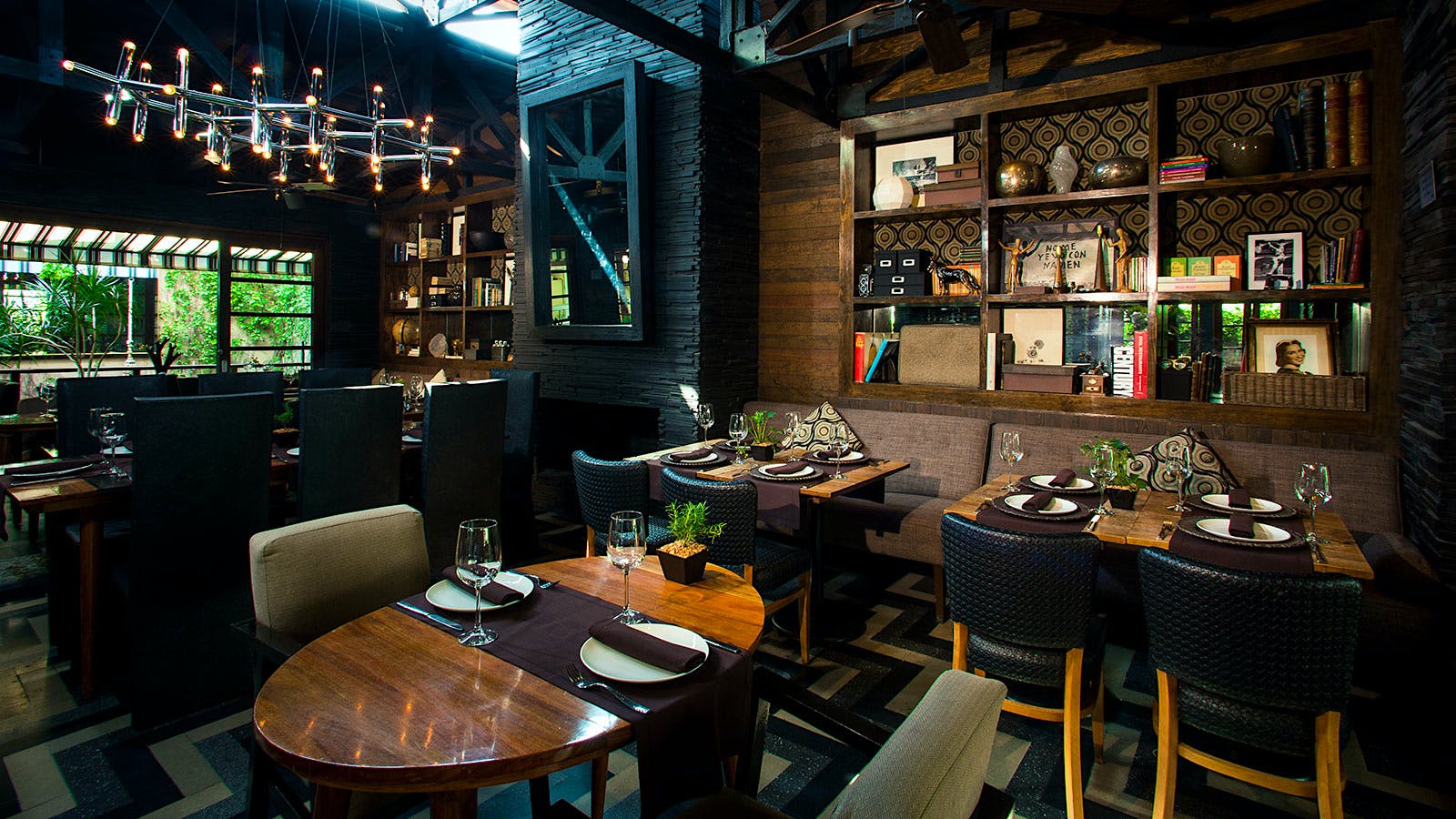 Sud777
Dark woods and lots of greenery set the tone at Sud777.

Centered in Mexico’s Pedregal region, Sud777 serves a diverse wine list of 405 labels in a modern, stylish setting. Wine director Ruben Rodarte’s list covers everything from grand cru Burgundies to picks from Croatia and Lebanon. The program excels in Italy, California, France and Spain, but particularly impresses when it comes to the Mexican selection, comprising an array of whites, reds and rosés. Chef Edgar Nuñez’s seasonal menu brings cutting-edge techniques to Mexican cuisine through dishes such as trout with steamed bok choy, dill and cauliflower juice, and fermented tomato with mole sauce. Many ingredients are sourced locally, including some from the restaurant’s own garden.