Sure, a getaway to a regular old-fashioned resort would be plenty fine right now. But while we're fantasizing, how about an intimate stay inside a wooden wine barrel? Or for those who'd find that over-oaked and under-comfortable, there's a new option for eno-adventurous vacationers: Immerse yourself for a night in a concrete wine-tank suite. One of 34, to be exact, at an abandoned wine factory that’s been converted into the industrial-chic Dexamenes Seaside Hotel near the town of Amaliada on Greece’s Peloponnese coast.

“Dexamenes has been a personal vision for many years,” Nikos Karaflos, the hotel’s founder, told Unfiltered via email. “Since 2003, when my family bought this site, its conversion into a platform for original and holistic experiences was a great personal challenge.” The site was, even more originally, a platform for wine, a facility built in the 1920s for the Autonomous Currants Organization, whose currant wine was shipped all over Europe. (In Greece and other countries, "currant" refers to the raisins of seedless Vitis vinifera grapes, not the red and black berries used to make jam and crème de cassis.) “The winery worked until the early 1980s,” Karaflos continued. “Immediately, I fell in love with the brutal beauty of the existing buildings, the vibes they were emitting, their history and their significance for the local economy and culture.” 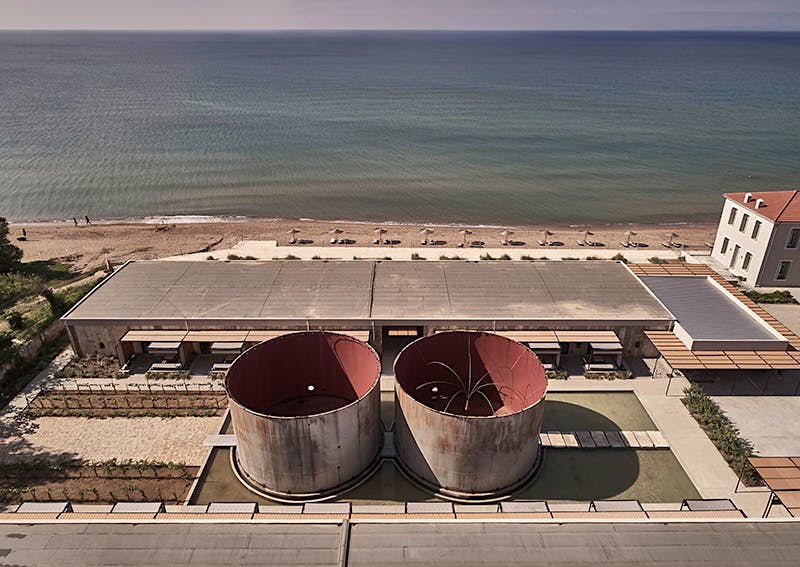 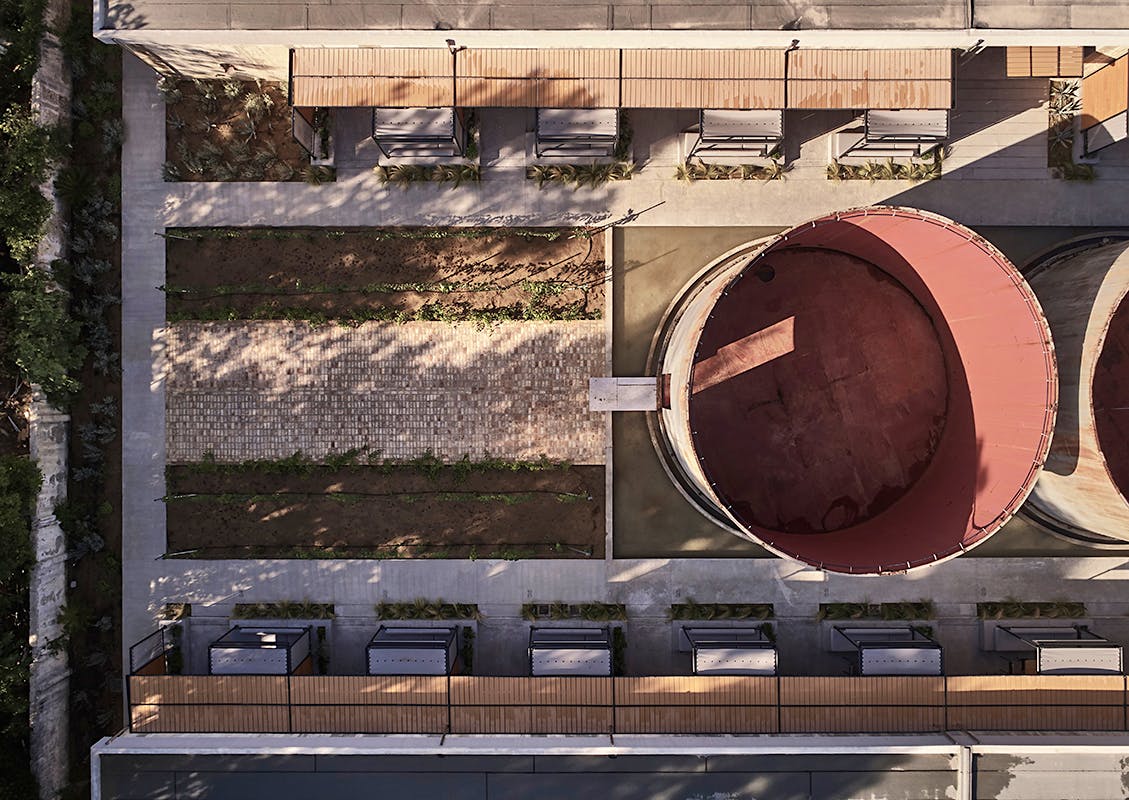 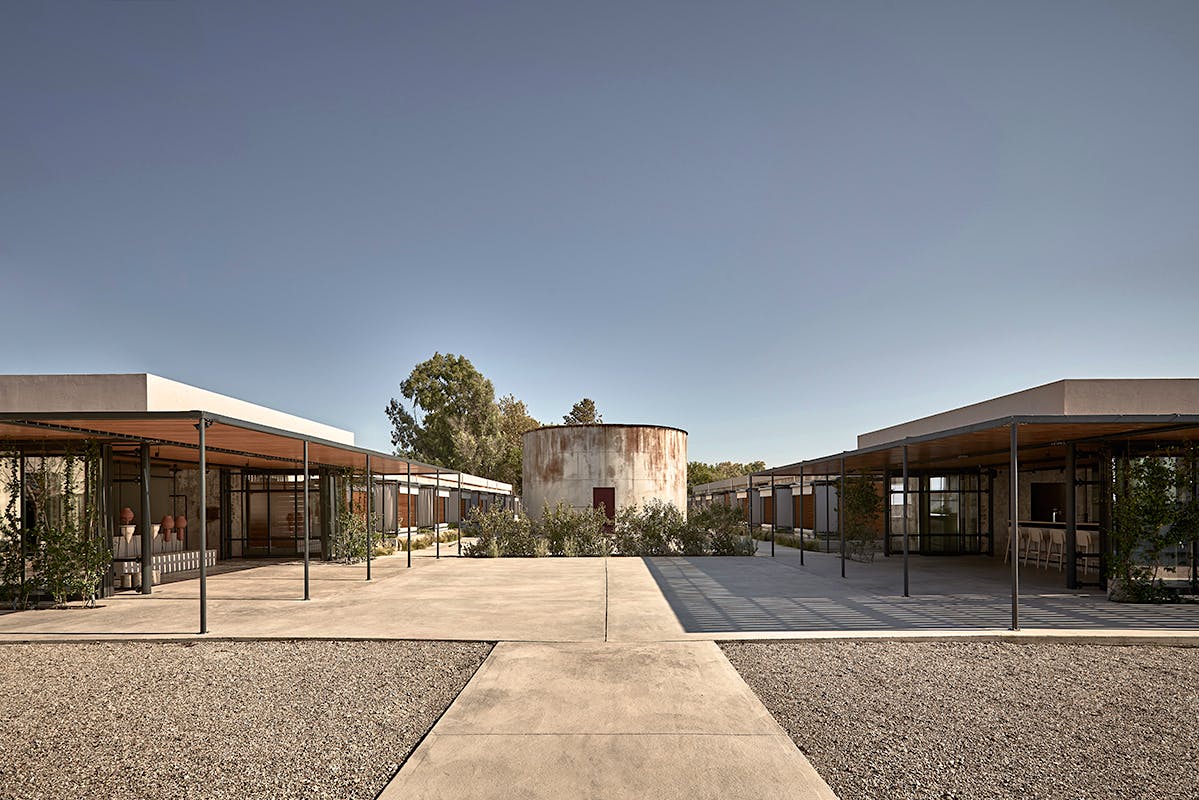 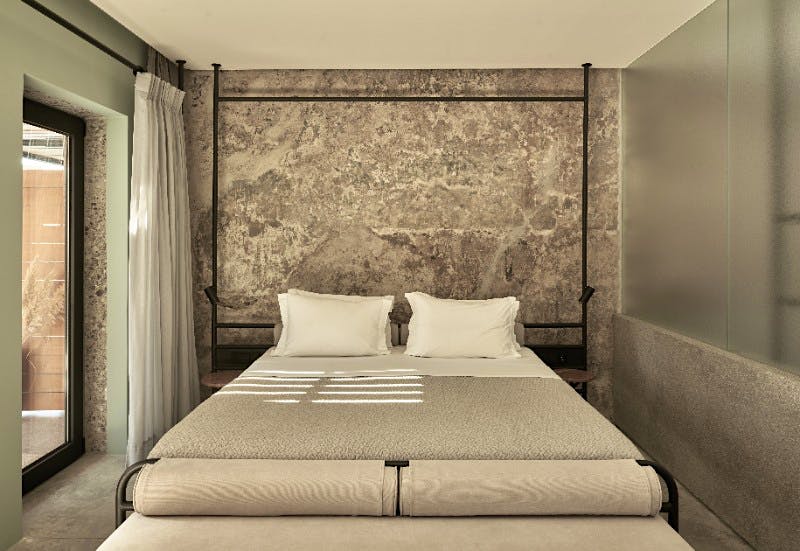 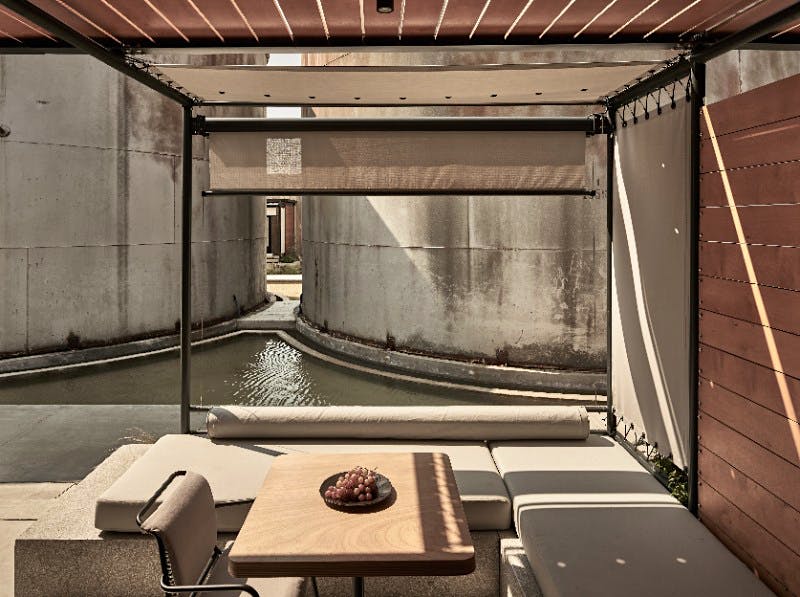 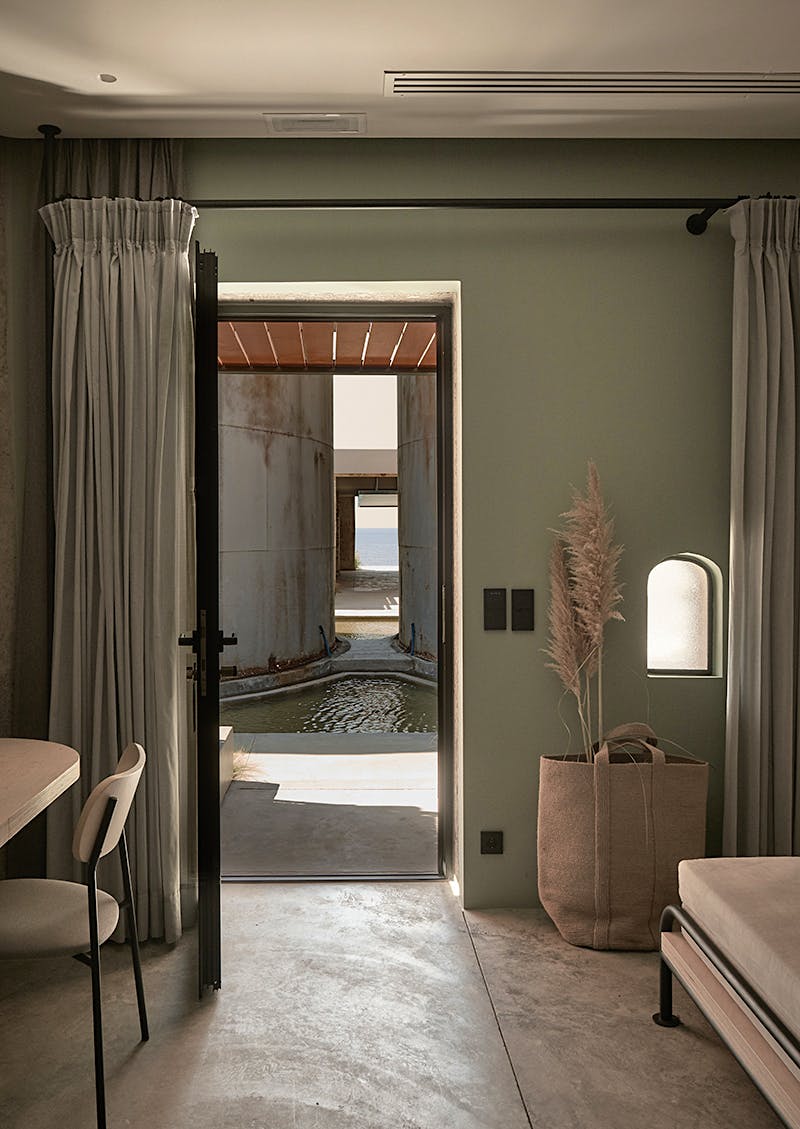 To help plan out his hotel, Karaflos worked with Konstantinos and Dimitris Karampatakis of architecture firm K-Studio, and the three surmised that the factory’s empty wine tanks—each about 300 square feet—could house cozy suites. After years of planning and delays, the revitalization of the campus began in what had been the winery's enology labs and administrative offices. “When we opened the doors of this building, we found the chemistry labs left almost untouched,” said Karaflos. “[There were dusty] test tubes, glass bottles and technical manuals in French.” But Karaflos saw in that structure the outlines of a beachfront villa, and made it so. The factory’s former engine room was later converted into the hotel’s restaurant; in the spirit of the endeavor, Greek wine is the focus of the cellar.

The repurposing of the old industrial hulk is intended to preserve and showcase all facets of the location’s vinous history. Materials were reclaimed and reimagined from all over the property: The pipes funneling juice and waste around the winery became handrails, and its original clay bricks were fashioned into the restaurant’s terrace. “The design was a long, arduous but quite creative process,” said Karaflos.

The hotel conversion doesn’t mark an end to the site’s winemaking history, but a new beginning. “In our courtyard zone we have planted a vineyard, and this summer we will harvest its first grapes,” Karaflos said. “We will make our own wine, but not in big quantities.” Completing the connection between currant times and the present.