Almost immediately after the Kincade wildfire broke out the night of Oct. 23 in northern Sonoma County, chefs from near and far sprung into action. By the morning of the 24th, a group of 16 Sonoma chefs including Dustin Valette, SingleThread Farms’ Kyle Connaughton and Domenica Catelli of Catelli’s restaurant were working to help feed hundreds of evacuees at the Healdsburg Community Center.

Meanwhile, chef José Andrés announced via Twitter that his nonprofit World Central Kitchen had arrived and was on standby. The organization soon began serving food to firefighters before expanding the efforts to serve both first responders and evacuees taking refuge in various shelters, with help from about 100 volunteers a day. Among them: a few local chefs you might recognize, like Tyler Florence, Guy Fieri, Chris Cosentino, Traci Des Jardins and Michael Mina. In a video posted Oct. 30 to the WCK Twitter feed, Florence describes the situation on the ground. "We've got roasted tenderloin, potatoes and apples, a little sage gravy going tonight—we got a lovely dinner. We're [feeding] about 6,000 people a day"—40,000 meals total in Sonoma, WCK told Unfiltered. 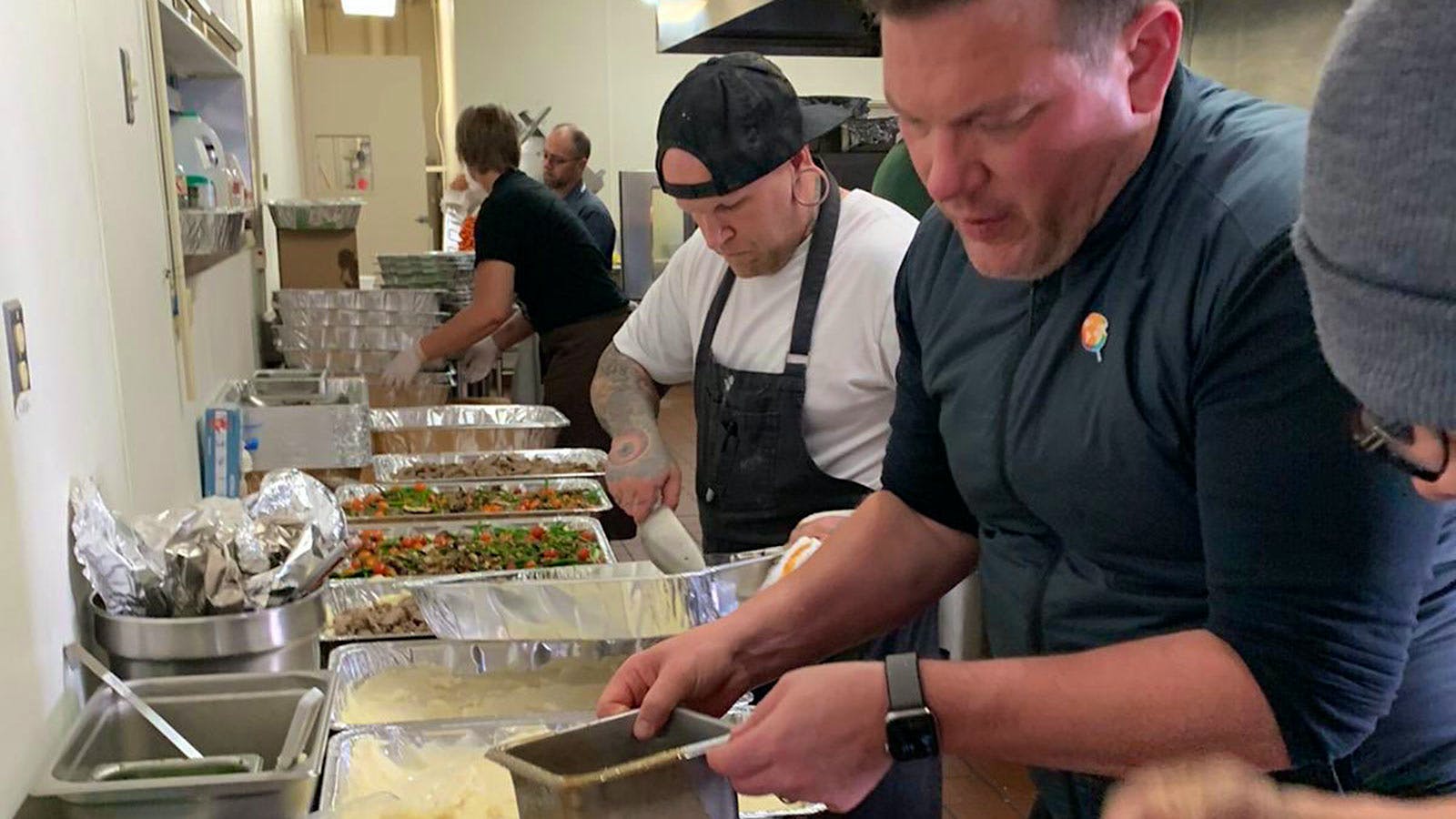 Tim Kilcoyne, WCK director of chef operations, explained that his team is trying to source ingredients for the meals from local purveyors where possible: A fire during harvest season is especially financially damaging to farmers in the area. “From day one, when we get a kitchen activated, we want to start putting money right back in the community," he told Unfiltered.

Feeding those in need is the signature initiative of WCK, which has served more than 10 million meals following national disasters around the world, from Hurricane Maria in Puerto Rico to Hurricane Dorian in the Bahamas.

The team of Healdsburg chefs had to cease their efforts once the area was evacuated on Oct. 25, but four days later, Valette received approval for a police escort into his restaurant so he could get back to work, he told Unfiltered. He drove back to his Healdsburg kitchen that day from Napa, where he’d relocated his family to a hotel. Together with his chef de cuisine, Nathan Davis, and his brother and business partner, Aaron Garzini, Valette proceeded to cook up meals for the fire department, police department and the National Guard. They’ve also been providing food for evacuees through WCK, which is based at the Sonoma County Fairgrounds in Santa Rosa. 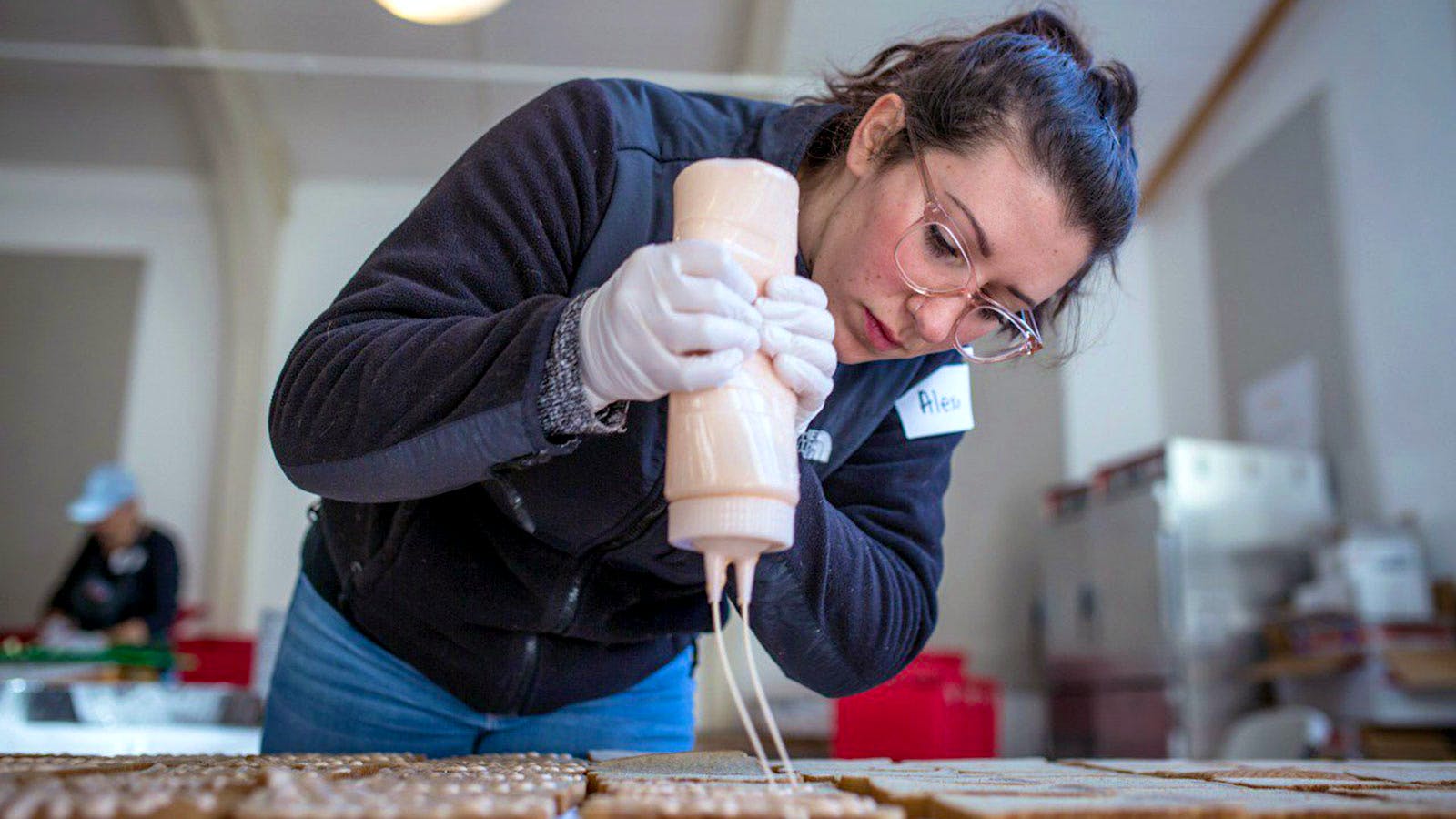 "We're very honored to be able to help out the men and women that are first responders who are risking their lives helping protect our home,” Valette told Unfiltered. “We want to do whatever we can to help out."

Andrés got a brief respite from feeding the world on Oct. 28, when he suited up to throw the first pitch at Game 5 of the World Series, and last night the D.C. chef's hometown Nationals captured the pennant. But by Oct. 30, WCK was on the move again, touching down in the Los Angeles area to distribute meals to first responders and shelters near both the Easy and Getty fires. By Nov. 7, they'd served 50,000 meals across California.