Updated after the series concluded!

The rivalry between California and Oregon wine has grown increasingly heated of late, but now, Pinot stars of Sonoma and the Willamette Valley are settling their score in the arena where so many great wine feuds play out: the basketball court. This NBA season has gifted us with a Western Conference Final between the home teams of NorCal and Oregon wine country, the Golden State Warriors and Portland Trail Blazers, and winemakers are taking the opportunity to place their bets—and take some shots of their own.

Sonoma winemakers Adam Lee of Siduri and Ryan Zepaltas of Copain are throwing down against their Willamette rivals Lynn Penner-Ash of Penner-Ash and Erik Kramer of WillaKenzie. The stakes? One ton of prime Pinot Noir grapes. If the Warriors prevail, the Oregonians must surrender a ton to Lee's and Zepaltas' winemaking whims, and vice versa if the series goes to the Blazers. The losing team must make a 2019 vintage cuvée by standards the winners dictate: picking date, fermentation technique, barrel regimen, blending, aging, the works.

Lee kicked off the trash-talking. "I know that Ryan and I weren’t even making wine the last time that Portland won an NBA championship. Actually, I was only 13, and I am doubtful that Ryan was even born." (It was 1977.) Golden State, whose in-stadium wine is Silver Oak, have, of course, won three of the last four.

"Just like the brothers Curry"—the elder Steph plays for Golden State and the younger Seth for Portland—"the Oregon wine industry may be the younger brother to California, but we play with heart and are mighty," Penner-Ash rebounded. "We’ve had our nail-biter vintages but always manage to pull a [Blazers point guard Damian] Lillard and nail the three-pointer just when we need to." Portland in six, she predicted.

WillaKenzie's Kramer went for the dunk: "GSW is old hat, and it’s time for an unselfish group of balanced players and winemakers to take ownership of the trophy," he said. He'll be at Monday's home game in Portland.

After Golden State's Game 1 victory Tuesday, Lee emailed again, subject line, "One down," with a link to the video for the 1984 Scandal/Patti Smyth anthem "The Warrior," to which Penner-Ash replied, "Not worried."

While the resulting wine will be sold for charity, and the four wineries all play in the Jackson Family league, the stakes are still high. "Prepare yourselves," Penner-Ash warned her California counterparts. "I’ve been told my winemaking is very time-consuming, and I have always wanted to try destemming by hand."

Update: While the Trail Blazers played with grit and heart—and their Oregon wine counterparts showed equal tenacity in trolling their California opponents—Golden State swept the series in four games. Lee of Siduri mused on his plans for his new harvest interns: "I am guessing we will need pigéage—just to get Lynn and Erik in a bin wearing Warriors gear—so that usually means a lot of whole cluster. We will undoubtedly make them work for it."

As if 10 Grammys, millions of adoring fans and an infectiously catchy song in the children's animated film Trolls weren't enough, Justin Timberlake added yet another accolade to his famous name. On May 12, the "Can't Stop the Feeling" singer received an honorary doctorate degree from the prestigious Berklee School of Music, for his "lasting contributions to music and popular culture." Timberlake, who accepted his diploma alongside fellow honorees Missy Elliott and Alex Lacamoire, celebrated his latest win the way most regular ol' college kids do: with booze. He took to Instagram to share his achievement, along with a pic of himself exiting an airplane, brandishing a celebratory bottle of The Prisoner red blend. 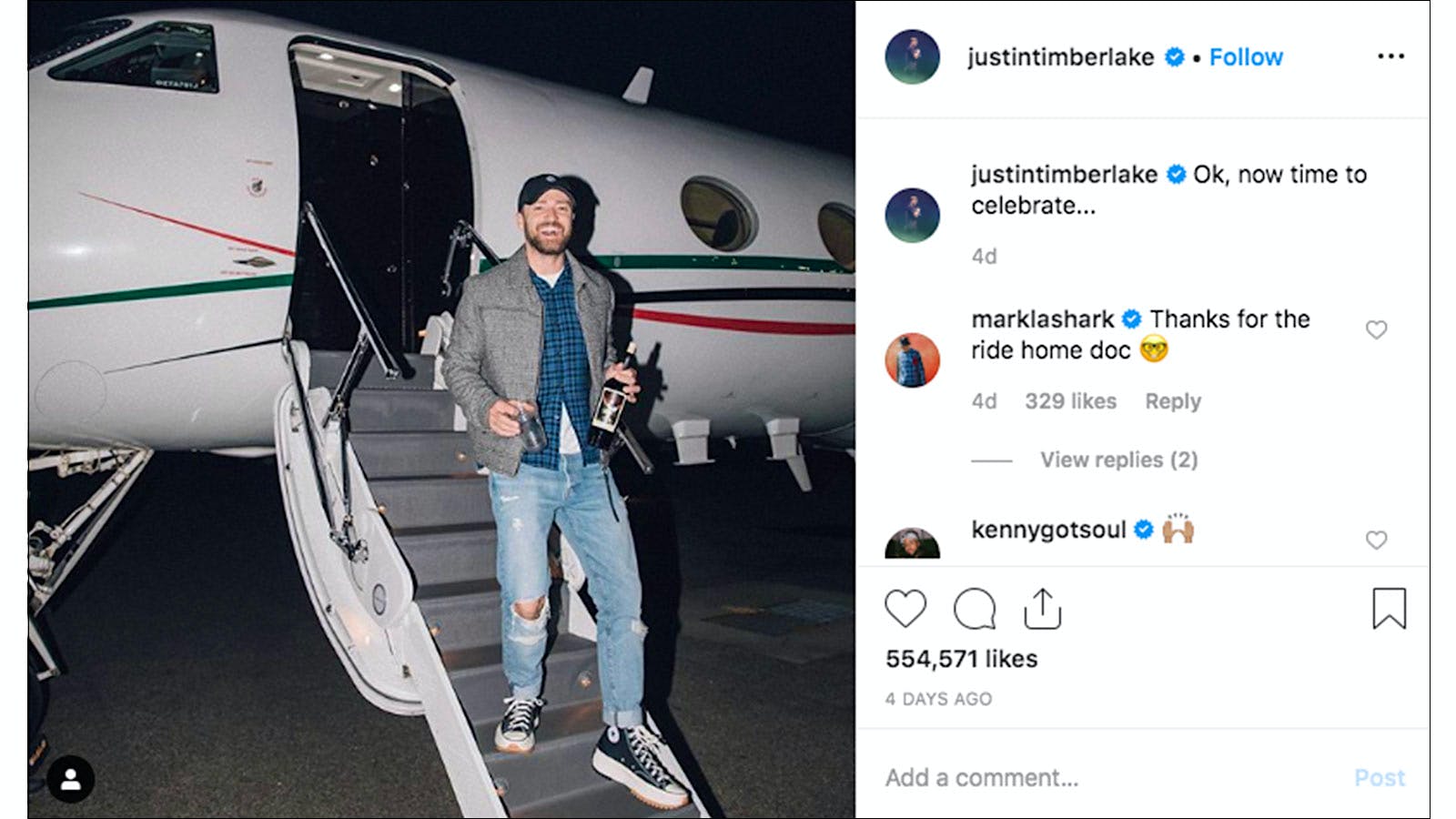 Instagram/@justintimberlake
I'm bringin' an honorary degree and a bottle of wine back.

"We applaud the good Dr. Timberlake's choice in wine for such an auspicious occasion," Chrissy Wittmann, The Prisoner Wine Company’s director of winemaking told Unfiltered. "We’re proud to help a legendary and genre-defining talent celebrate another great achievement. Like our blends, Justin only gets better—and more decorated—with time!"

In the most notorious winecrime cases of the aughts, the perps often acted as (fraudulent) players in the three-tier system of American alcohol distribution: Rudy Kurniawan was basically a fraud producer who sold real wine in fake bottles; John Fox of Premier Cru was a fraud retailer, who sold nonexistent bottles of real wine; and now we get the case of Marylander William Holder, who pleaded guilty to a federal wire fraud charge May 14 for essentially acting as a sham distributor. Holder sold real bottles of real wine—that he didn't own, to retailers and brokers who didn't know.

How? Holder ran a wine-storage facility with the very non-suspicious name Safe Harbour Wine Storage near Baltimore, and according to a release from the U.S. Attorney's Office, District of Maryland, his gambit was pretty darn brazen in its simplicity. Collectors and businesses paid Holder to store their wine. Holder got paid again when he, instead, sold said wine to unknowing retailers around the country, "all the while continuing to collect the customers’ monthly storage fees and accept additional wine for storage."

This scheme somehow continued for five years, from January 2013 through December 2017, and according to his plea, Holder made off with between $550,000 and $1.5 million worth of wine. If the court accepts his plea, Holder will be sentenced to 18 months in a federal winecriminal storage facility.

Natural Winemaker Fights to Stop Wine-Cops from Destroying 2,000 of His Bottles

Earlier this year, high-profile Loire Valley biodynamic winemaker and natural-wine darling Sébastien David had 2,078 bottles of his Cabernet Franc Coëf cuvée 2016 seized after French consumer and fraud authorities claimed the wine's volatile acidity levels tested at levels too high for public sale and consumption. David quickly ran counter-probes that contradicted the authorities' findings, and took the matter to court. The fate of the wines, ordered to be destroyed, hinges on the outcome of the case; on May 13, the court in Orléans stayed the execution of the bottles for now, pending its own investigation.

"We are not sure about the final ending," David told Unfiltered. "The world is now looking at us. It's not a personal fault; weather is changing; the wine world is moving faster than government rules."

Meanwhile, David's band of supporters have showed up for him: A Brussels-based man, Rémy Bossert, created a Change.org petition in support of saving the bottles, which, in a little over a week, gained close to 165,000 signatures. "Because the only fraud that the administration could blame Sébastien with is that he wants to make wine with a single and unique ingredient: the grape," wrote Bossert. David, for his part, is heartened by the support. "So many signatures in one week is just amazing. Ten years ago it [wouldn't] happen," he said.