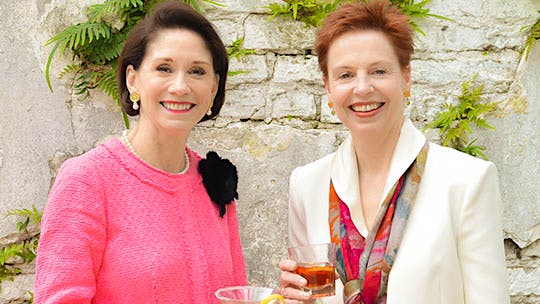 Being awarded Wine Spectator’s Grand Award was a lifelong career goal for us. It started to seem impossible after about ten years of trying.  How could I spend so much money and effort and not get that damn award! There have been so many awards created in the last decade or so, but we in the industry know the few that stand out. We know the awards programs that are run very professionally. We know the ones that mean something. We are button popping-proud to be a holder of the Wine Spectator Grand Award. It is a small and exclusive club to be in. We like it that way. We are proud to have received recognition from Wine Spectator since 2002 for our outstanding wine programs and for the work our amazing sommelier team put into maintaining a world-class wine list. We have always strived to be a destination for a memorable culinary and wine experience. It takes a lot of effort and resources to achieve an award...

Anybody who has the ambition and knowledge of wine should strive to win a Wine Spectator Award. It is nice to be recognized by the industry itself, and we certainly encourage all wine-focused establishments to strive for these awards. We believe [a Wine Spectator Restaurant Award] can only benefit restaurants like us and encourage wine lovers to visit such places around the world.

Your restaurant can become a wine connoisseur's destination when they learn of the [Wine] Spectator Award, as it imparts a strong level of trust and prestige. Expanding your list to represent the best regions of the world and provide something for every palate creates lifetime guest loyalty.

The credibility of a Wine Spectator Restaurant Award is a game changer. For my wine program, it amounts to a perpetual endorsement from the world's most influential wine publication, and clearly facilitates our desire to connect with wine lovers around the world.

Having a Wine Spectator Restaurant Award has helped us build our reputation as a wine connoisseur's destination. It has helped our new and returning guests feel confident in our wine selections before walking through the door. A Wine Spectator Award means that we have been validated by our industry as being one of the leaders in the world for premium wine lists, and it is a great way for us to share that with a huge group of consumers.

I totally believe the Grand Award moves the meter in terms of sales. It’s really powerful on both sides. It shows that as a sommelier or a wine director, you put a lot of thought and time and process into building a wine list, but then you’re also rewarded for it in sales.

[A Wine Spectator Restaurant Award] is not the end of a challenge, but proof of my continuous effort to create and curate a wine program that makes every wine lover, connoisseur, diner and novice say 'wow' every time. … Every restaurant that cares as much for their wine program as their menu should strongly consider participating. This award is a spotlight on every relevant dining establishment that caters to wine lovers with the true concept of dining. We would absolutely encourage other restaurants to strive for the Wine Spectator Restaurant Awards. We received the Award of Excellence in 1999 and then the Best of Award in 2003. We have continued to build our wine program over the years and strongly believe it is an integral part of our business success. It adds such an important dynamic to the entire dining experience.

A Wine Spectator award tells our guests (current and potential) that ours is a program that has been vetted by a panel of experts and deemed amongst the best in the world. There is no doubt that Wine Spectator reviews and awards are held in the highest regard in the domestic and international community. Awards of this nature show our wine loving guests that visiting one of our restaurants is time and money well spent.

The Grand Award program by Wine Spectator has a history, dedication, scrutiny and pedigree unique and memorable in its category. Having been following Wine Spectator for years, the Grand Award has always been a reference point. By highlighting the most inspiring wine professionals and wine program across the world, the Wine Spectator Restaurant Awards has been a touching program that has stimulated my work and helped to improve it.

Being acknowledged by Wine Spectator with this honor exposes us to a whole new clientele. As Wine Spectator is so trusted, and so discerning in their selections, a new layer of guests have now received additional validation that they need to try our restaurant, and they have definitely been coming in.

Clients are more informed, more savvy and deserve the very best overall experience when choosing to dine out, food, wine, beverages and service. If you are noticed by Wine Spectator, guests can be sure you are going to provide that desired, best experience. My recommendation would be for every restaurant with a focus on wine as a part of their dining experience to apply for the Wine Spectator Restaurant Awards. An independent review of your wine list is essential for success, and Wine Spectator is the most recognized and respected source available.