Most pink wines out there underwhelm me.

The trend of the past decade has been toward the ever-lighter-toned, crisp wines meant to be drunk on a summer day like, say, now until Labor Day.

Sure, they are refreshing. But for the most part (with some exceptions, notably Bandol rosés), I just don’t get a lot of “there” in the glass to accompany a meal.

So, a few weeks ago, thirsting for something different, I dropped by Tavel, France’s original, great rosé-producing appellation, in the Southern Rhône Valley. It’s centered in the sleepy village of Tavel (pop. 2,000), a mere 10 miles northwest of Avignon.

Tavel was about rosé before rosé was cool—with centuries worth of acclaim. In 1936, when France’s A.O.C. system debuted for wine, it was included in the first set of official appellations—and was the only one that produced exclusively rosé. On a trip to New York in 1950, Ernest Hemingway famously insisted he couldn’t start lunch (beginning with oysters) without a glass of Tavel.

But Tavel is a different kind of pink. A few shades darker than the white peach or onion skin rosés, it’s past coral and on its way to being red. The wines have grip and body and can be drunk year-round, even benefiting from aging.

But today the wines can be hard to find. In the United States, they are a niche product. In France, most Tavel is sold in supermarkets as a cheaper alternative to now-chicer Provence rosé. 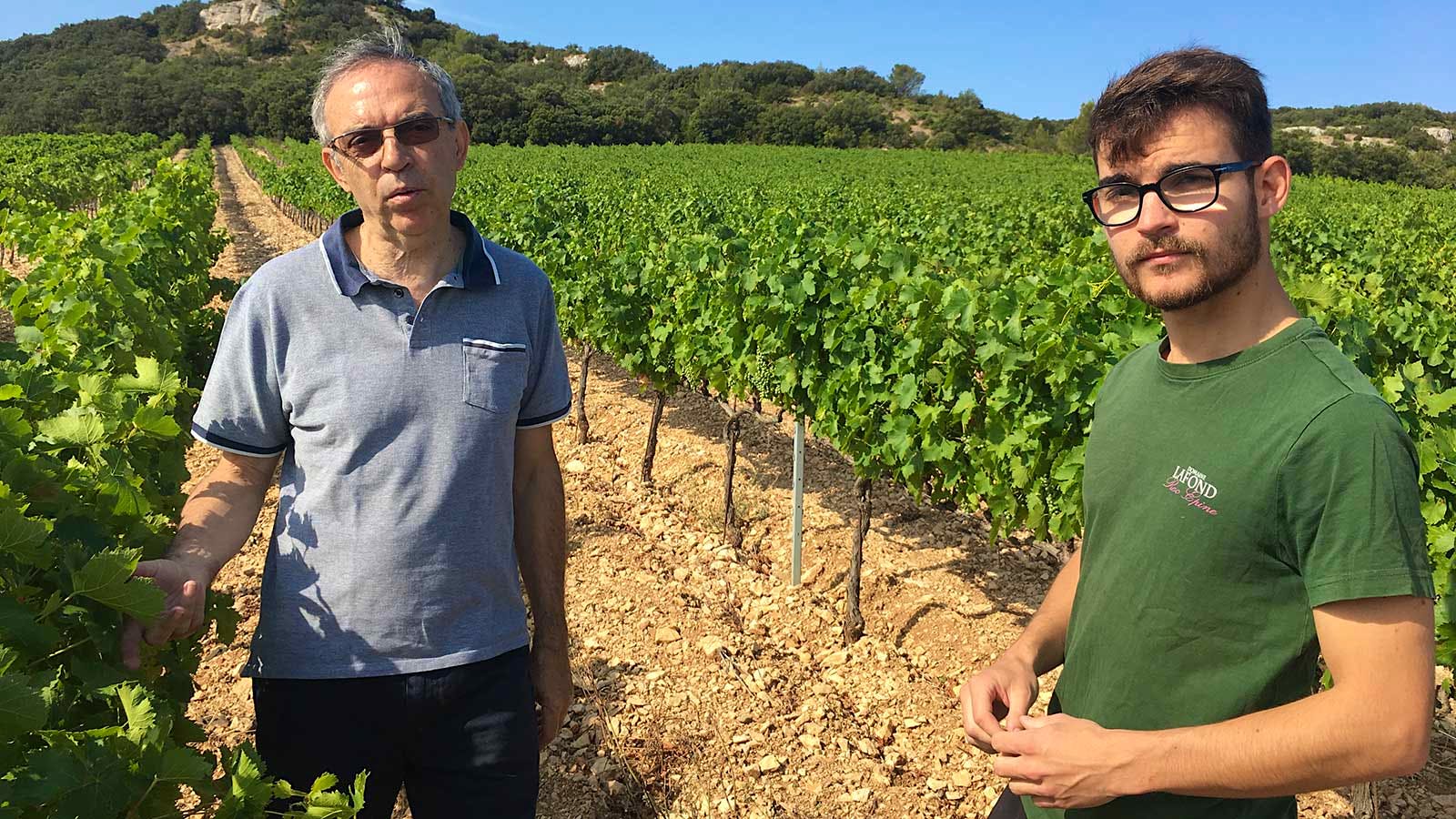 Robert Camuto
Pascal Lafond, with his son François, has vineyards in multiple areas of the Tavel appellation, including the limestone-dominated Vestides section.

“Here in France and in the world, the fashion of the last 10 to 15 years is for light rosé,” says Tavel-based producer Pascal Lafond, 64, who runs the noted Domaine Lafond Roc-Épine with his two twenty-something sons. “Most people who drink rosé don’t drink Tavel: It’s too dark, and the style is too structured.”

Nearly half of Lafond’s 208 organically farmed vineyard acres are in Tavel, and most of the rest lie in Côtes du Rhône, as well as Tavel’s neighboring appellation of Lirac, which has stony terroirs similar to Châteauneuf-du-Pape. The family also produces a small amount of Châteauneuf from less than 9 acres there.

The key to Lafond’s Tavel (2017, 89 points, $19) is blending from three of the varied terroirs spread over the appellation's nearly 2,300 acres. West of town, the area known as Vestides is a collection of gentle limestone slopes. To the east are the sandy soils of Olivet, and to the northwest the cobblestone-piled Vallongue plateau. The three areas respectively contribute freshness, fine tannins and concentration to Lafond’s rosé, dominated by Grenache, which is co-fermented in batches with Syrah or Cinsault.

“We believe Grenache gets even more interesting when it’s fermented with another variety,” Lafond says. 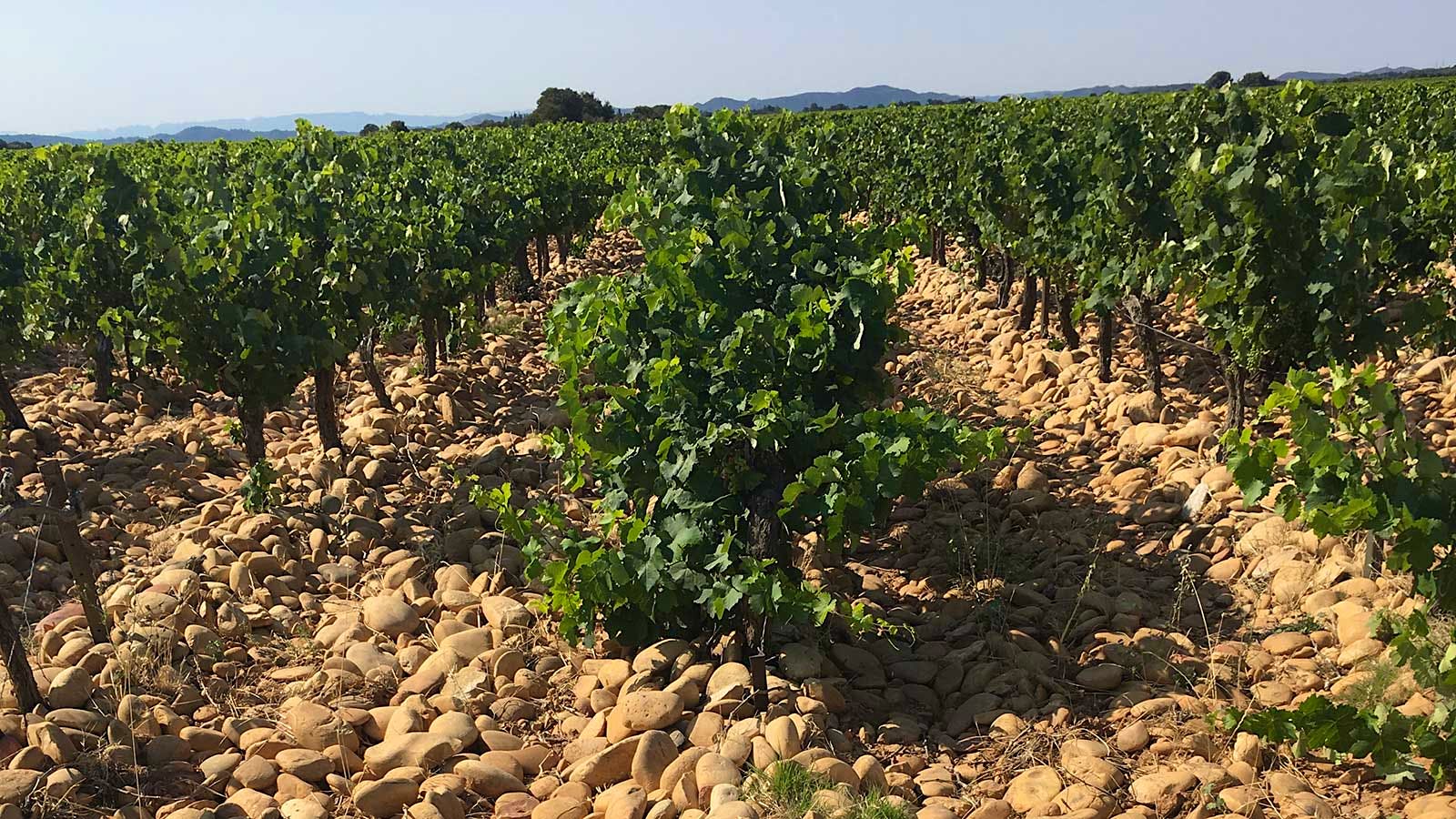 Tavel, with about 40 wine producers, allows the use of nine Rhône grape varieties; no one can make up more than 60 percent of the blend. What gives power and complexity to the wines is the required method—prior to fermentation, the juice must be macerated with the grape skins for 12 to 24 hours, providing just enough structure, color and aromas to make Tavel, well, Tavel.

Even so, Tavel apparently pales compared to its former self. Maceration times have progressively decreased. In the Lafond winery, I spied a pair of Tavel bottles from 1978—the wine a deep ruby color.

“The rosé of my father was much darker,” Lafond says. “It was a light red.”

If I imagine Papa Hemingway drinking wine, it would be Bull’s Blood, but it turns out his Tavel might not have been that far off, or at least looked like Beaujolais. 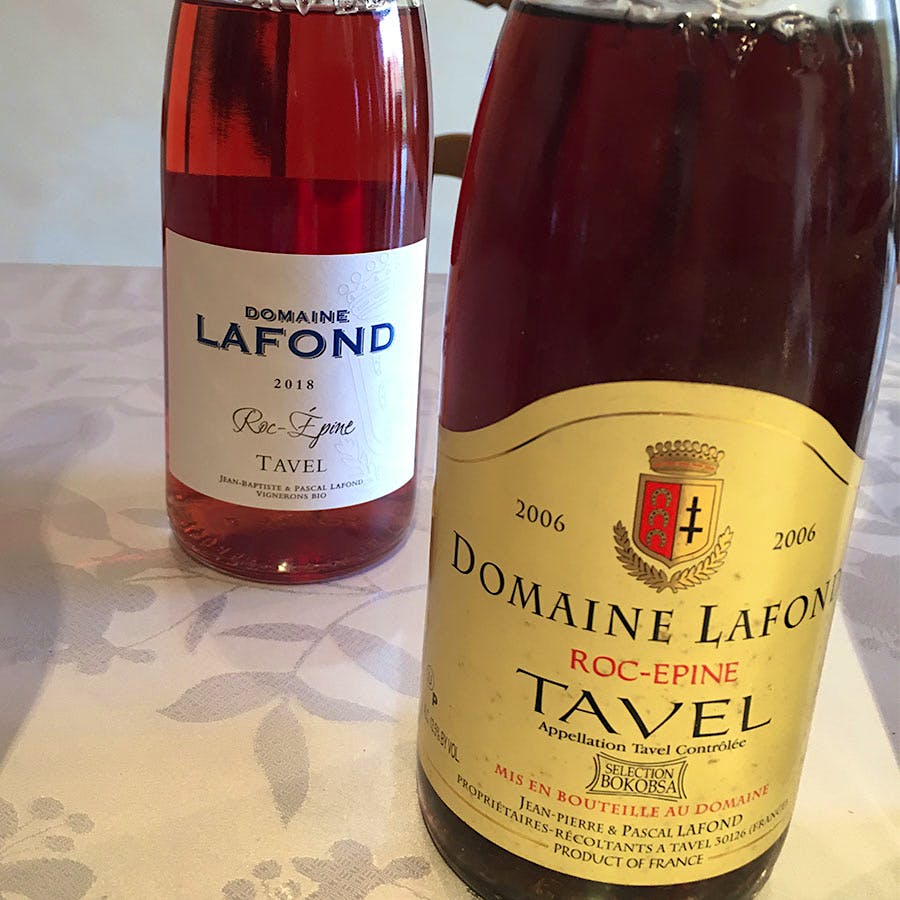 Robert Camuto
Tavel comes in much darker shades of pink or light red than most rosés coming out of southern France today.

That afternoon I stopped in at what may be Tavel’s most meticulous producer, Domaine de La Mordorée.

Mordorée is a 33-year-old domaine that was founded and run heart-and-soul by Christophe Delorme (a Lafond cousin) until his sudden death by heart attack in 2015. Delorme was known as a conscientious winemaker and biodynamic grower, one of the only left to fully hand-harvest his Tavel. He produced a string of stellar Châteauneuf-du-Pape vintages, excellent Lirac and distinctive Tavels.

Since his death, his wife, Madeleine, and daughter, Ambre, have led the winery, with a team that includes a pair of Châteauneuf enologists.

Mordorée, which cultivates about 120 acres of vineyards through the region, currently makes a pair of Tavels: La Dame Rousse (2015, 91 points, $26) and a more structured cuvée, called La Reine du Bois, exclusively from Vallongue vineyards and able to be cellared for up to six years. Both wines are 60 percent Grenache, complemented by Cinsault, Syrah, Clairette and Bourboulenc (along with a dose of Mourvèdre in La Dame Rousse).

Ambre Delorme, 26, had planned to join her father after she completed business school in 2015. Instead, she was forced to start without him, learning as she goes and preserving her father’s legacy.

Tavel, she says, is more difficult to sell than a red wine like Châteauneuf-du-Pape or Lirac.

But she adds, “We are from Tavel, and we are proud of it. It’s a gastronomic wine. It’s not rosé—it’s Tavel.”