Post Malone has become infamous for his choice of accessories—namely tattoos and on-stage PJs—but this month, the multiplatinum-selling rapper announced plans to add a wineglass to his repertoire. The onetime Austin Richard Post, of Grapevine, Texas, natch, recently appeared in a château-side video interview with DJ Zane Lowe in Provence, where he's making a rosé he's calling Maison No. 9.

"I wanted to make something that after a long, anxious day, and you're just working your ass off and nothing seems to be going right, you can just sit at home and relax a little bit," Malone said about his wine, which he announced following the Sept. 6 release of his new album, Hollywood's Bleeding.

The working label design depicts the Nine of Swords tarot card, which portends anxiety and doubt, frequent subjects of Malone's music—as are hedonism and spendthriftry. "I worked at Chicken Express in Dallas, and the first thing I bought was $800 Versace loafers," Malone said. The self-professed connoisseur of Bud Light and Olive Garden breadsticks is now dabbling in more grown-up tastes, in the footsteps of his elders like 50 Cent, Raekwon and of course, Jay Z. "Now I'm trying to take a second and look and put this money in wine or weed or clothes." No word yet on the Maison No. 9 release date.—S.Z.

When you read about the upcoming release of Sarah Jessica Parker's new wine, you may have asked yourself, in an internal monologue befitting her most famous character, "I couldn't help but wonder: What is the wine like?" Now you'll have your answer, as yesterday marked the launch of Invivo X, Sarah Jessica Parker. At a garden party in downtown Manhattan last night, Sarah Jessica (as she introduces herself) mingled with friends and fans, telling us how thrilled she was her Marlborough Sauvignon Blanc is ready to see the light of day. 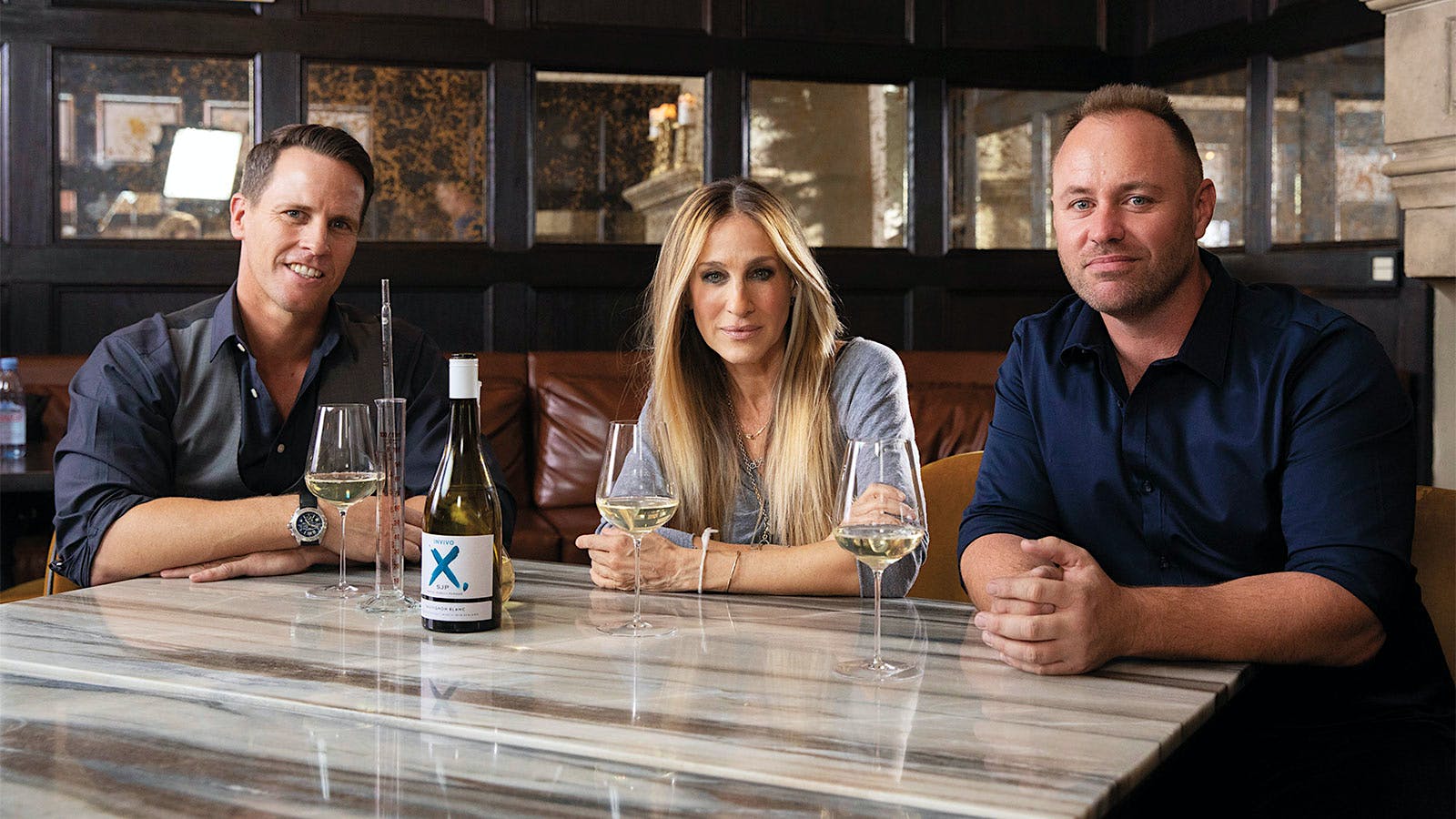 Addressing a crowd that included her husband, actor Matthew Broderick, and Bravo host Andy Cohen, Parker described her journey to becoming a vintner. "I knew very little about the industry, but we were happy drinkers of wine. It has been a joyful, informative experience. I couldn't be more proud of this."

Kiwi winemakers Tim Lightbourne and Rob Cameron of Invivo also reflected on their star turn. "Eleven years ago, it was tough for us to sell six bottles of wine," said Lightbourne. "We bring people together, and that's how we got to this project," said Cameron. And then everyone toasted with—and to—the fruits of the blending process we sat in on a few months ago.—Ben O'Donnell