Vineyards are the very picture of the rural, pastoral getaway: in romantic capers, in scenes of tranquil meditation, in reality. So you might be startled to find, in a city in central Japan, one growing right there amid the hustle and bustle of your morning commute. At the train station in Shiojiri, as passengers rush to catch their connections, the Shiojiri Station Platform Vineyard hangs serenely overhead, its vines doing the slower work of budding, ripening and awaiting harvest.

You won’t find a sight quite like this anywhere else—it’s the only train station vineyard of its kind in the world. Shiojiri isn't quite a Tokyo- or Osaka-style mega-metropolis, though: Its local claim to fame is being the hub of the Kikyogahara Wine Valley, one of the country's oldest and most bountiful wine regions, where grapevine cultivation dates to the mid-19th century. The area is home to 10 wineries, with a reputation made on Merlot and Chardonnay. 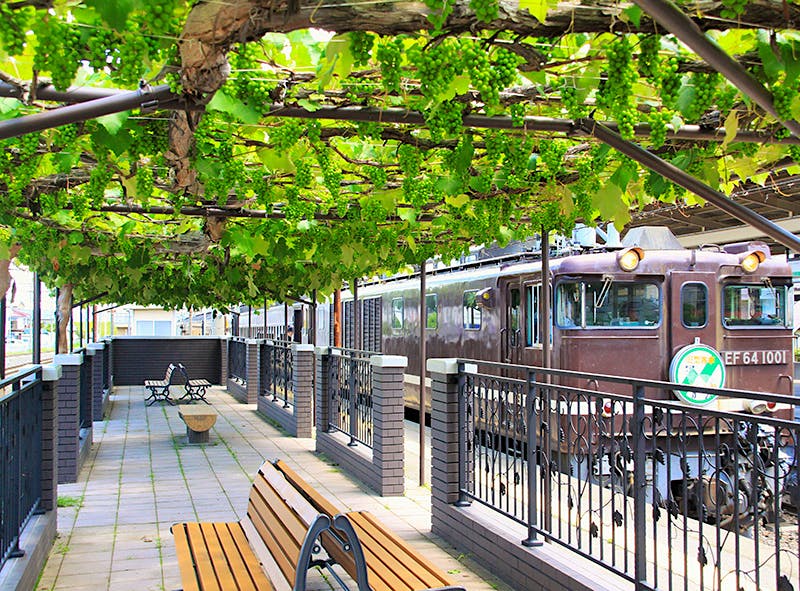 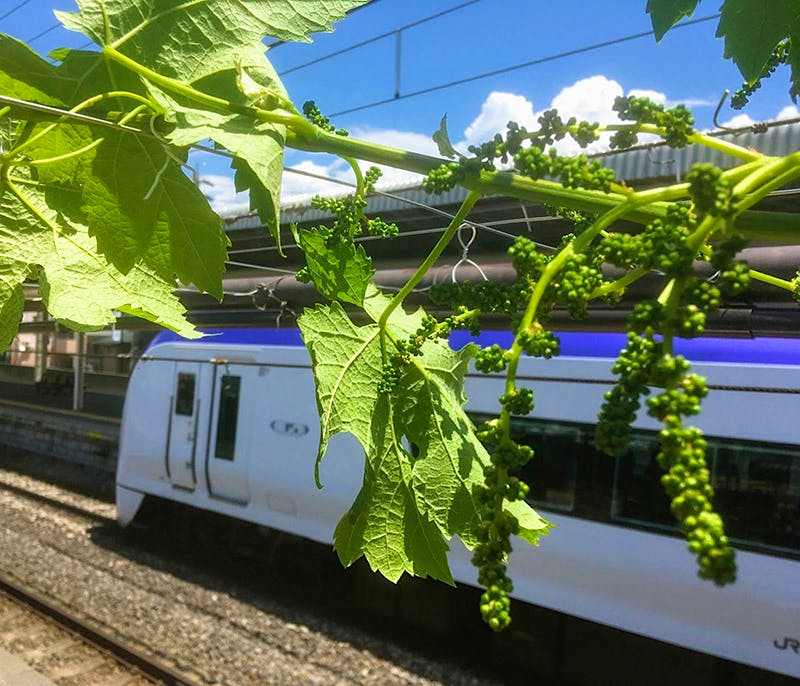 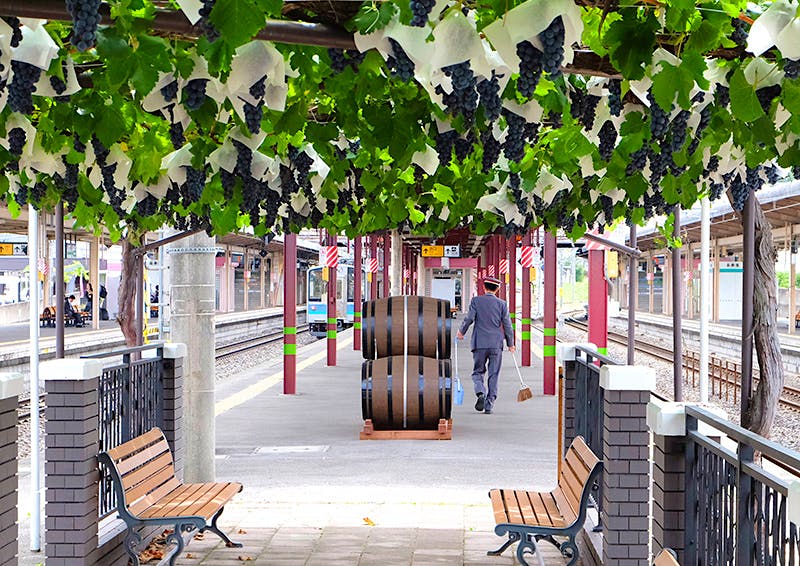 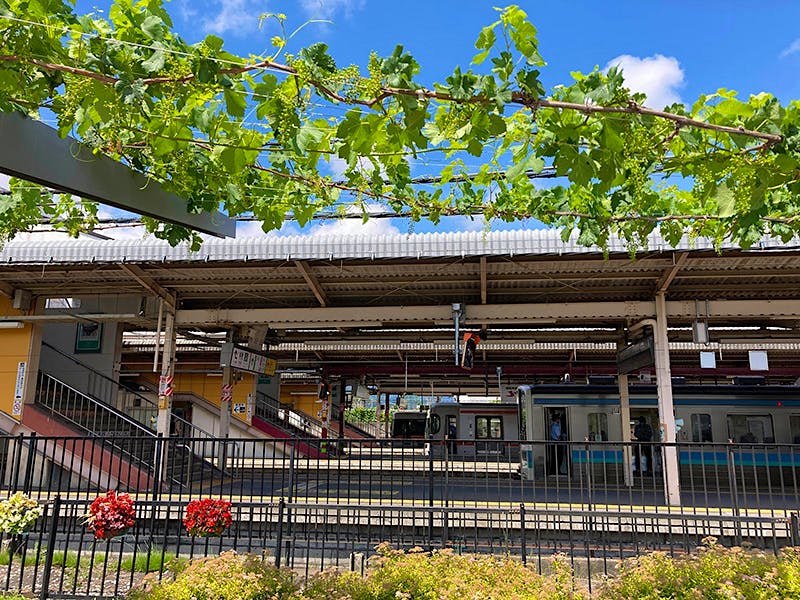 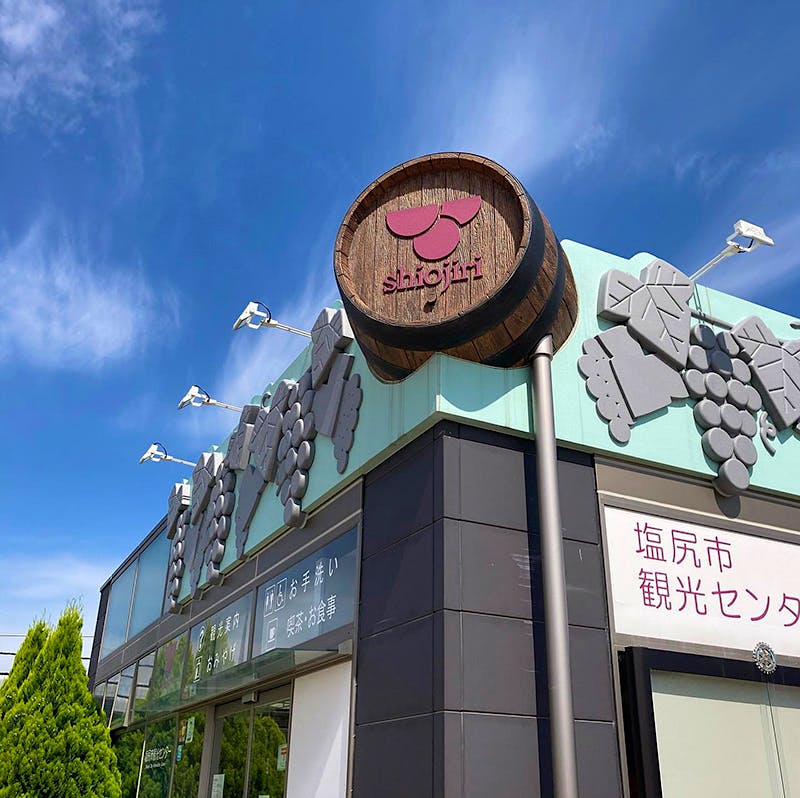 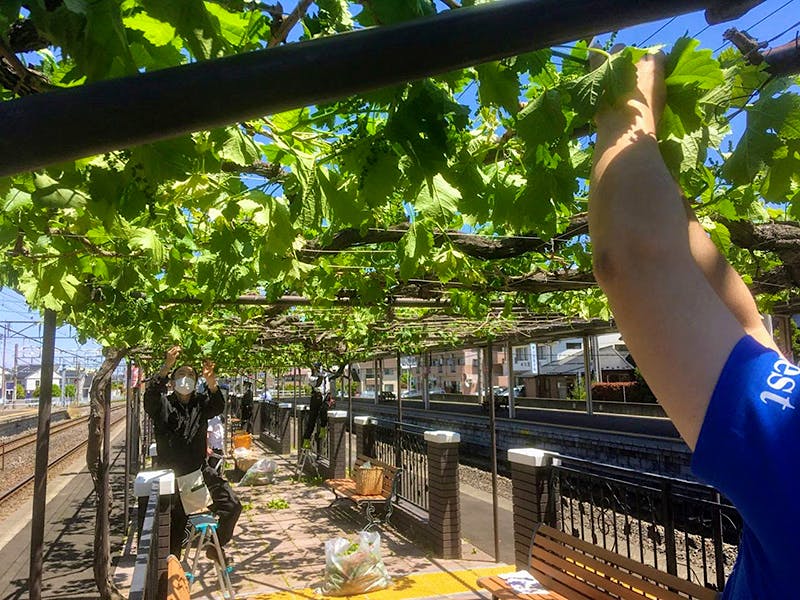 The one above the tracks is nonetheless a surprise. “Before the harvest of the grapes, few tourists could recognize the grape trees,” Shiojiri City Tourism Association rep Hidehiro Shimomura told Unfiltered via email. “But after the harvest, lots of tourists were so surprised when they saw the grapes on the platform that they did a double take and said, 'Why are there grape trees at the station?’”

As it happens, the vineyard site on the third and fourth platforms of the station benefits from reflective floor tiles and exposure to the sky that provide the grapes plenty of sunlight. The challenges include the local fauna of a busy train station: Since the vines grow over the ticket gate, daily maintenance that a typical vineyard would receive isn’t quite possible, said Shimomura.

The station vineyard was originally planted in 1988 as a way to promote the area’s wine culture and specialty grapes. Merlot and Niagara vines are tended by local winegrowers, and community members volunteer to help cultivate the plants, learning how to fertilize, bind and prune the vines. The fruits of harvest are usually presented to visitors as welcome gifts and used for research in a local high school's winemaking class.

But last year, for the first time, it was declared that there would be train wine; the grapes were fermented at a local winery to celebrate the 60th anniversary of Shiojiri's municipal organization. About 100 bottles of that Shiojiri Station Merlot are scheduled to arrive this month.