If you're going to build a complex, declare it the World of Wine and encourage folks to go ahead and just call it "WOW," you'd best be prepared to deliver. So when the Fladgate Partnership opened the campus on July 31 in Porto, Portugal, it debuted not so much a museum as, literally, an entire neighborhood filled with six museums, nine restaurants, a wine school and more, the culmination of more than two years' and $124.4 million worth of work.

But while the Port giant and parent company to Taylor's, Fonseca and Croft might have the muscle to uncork a whole world, we also welcome two other more intimate love letters to the past, pips and pairings, the newly opened Secrets des Bulles (Secrets of Bubbles) gallery at Champagne house Famille Carbot in the region's town of Châlons, and another passion project in the works, dedicated to showcasing the 50,000-bottle collection of Michel-Jack Chasseuil.

At the helm of Porto's new museum municipality is Adrian Bridge, the CEO of the Fladgate Partnership, whose championing of enotourism in the Douro has been a high-profile international effort since the 2010 construction of his Wine Spectator Restaurant Award-winning Yeatman Hotel.

The World of Wine repurpurposes a whole city district, where Fladgate vacated warehouses in 2006. “I didn’t want to just extend the Yeatman,” Bridge told Unfiltered. “Really it was about making more content for the city.” 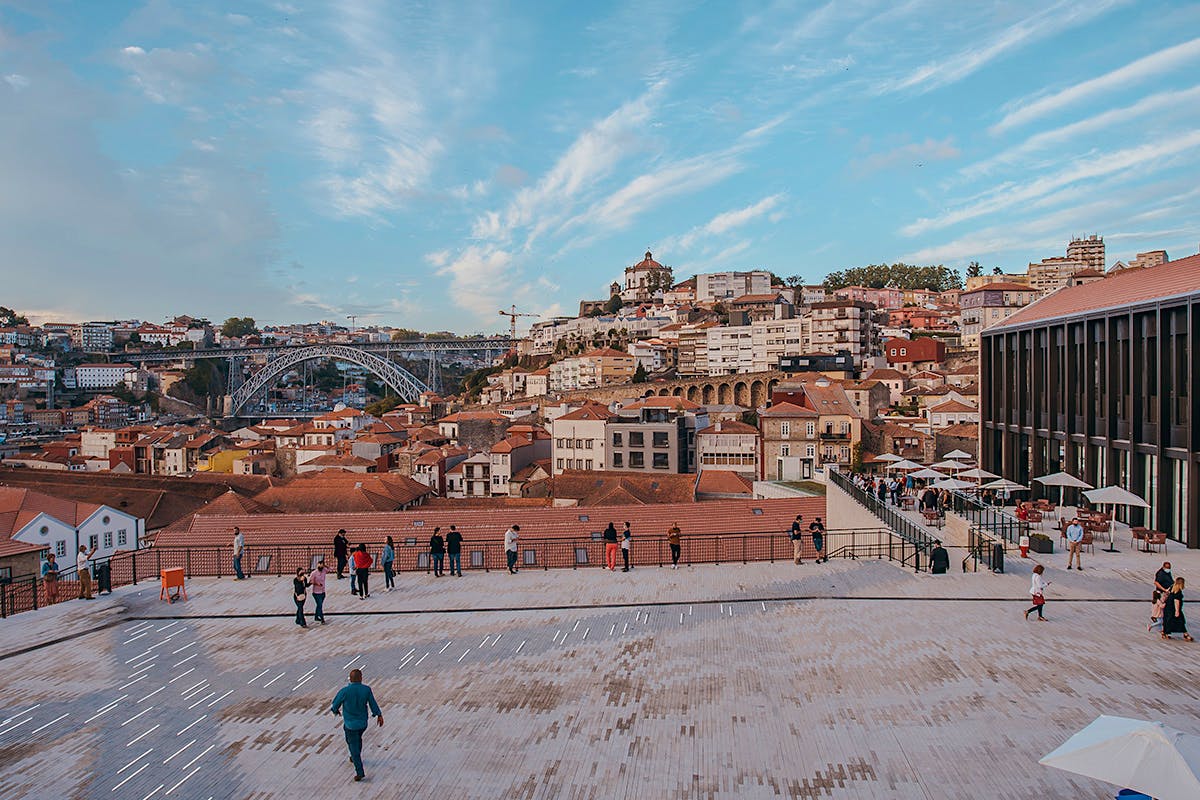 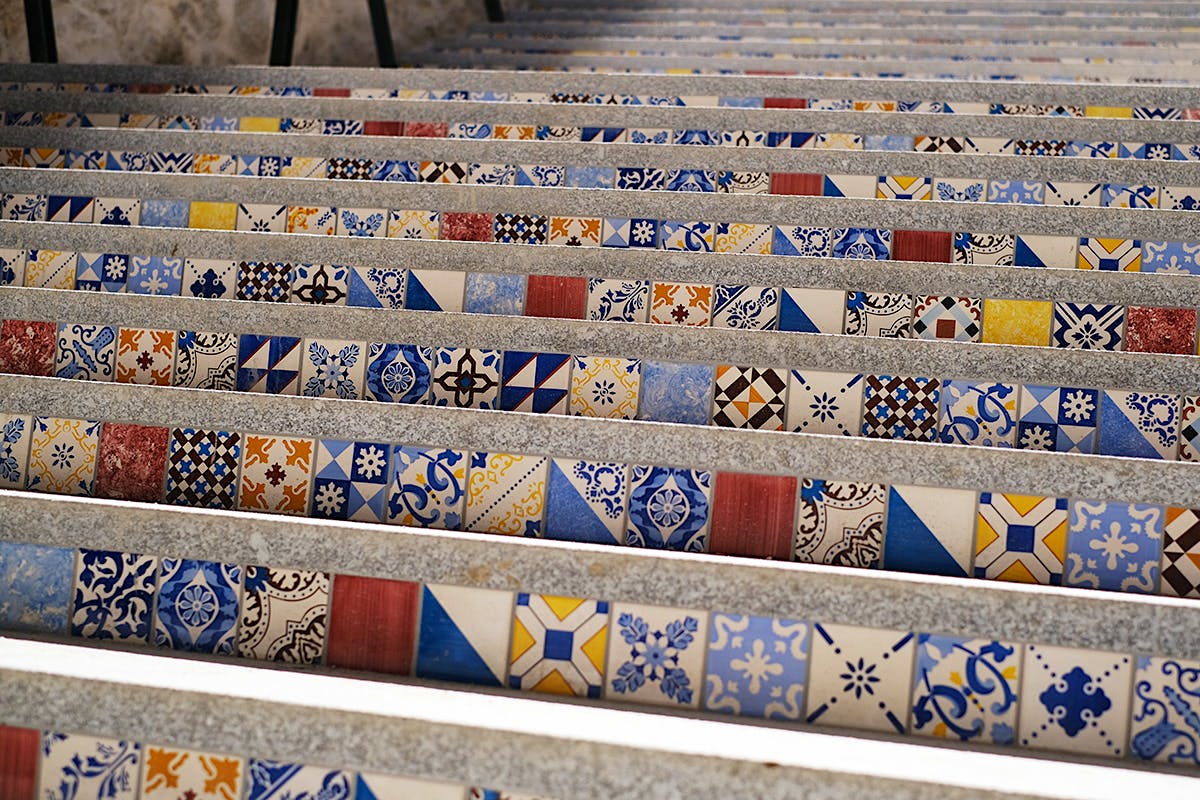 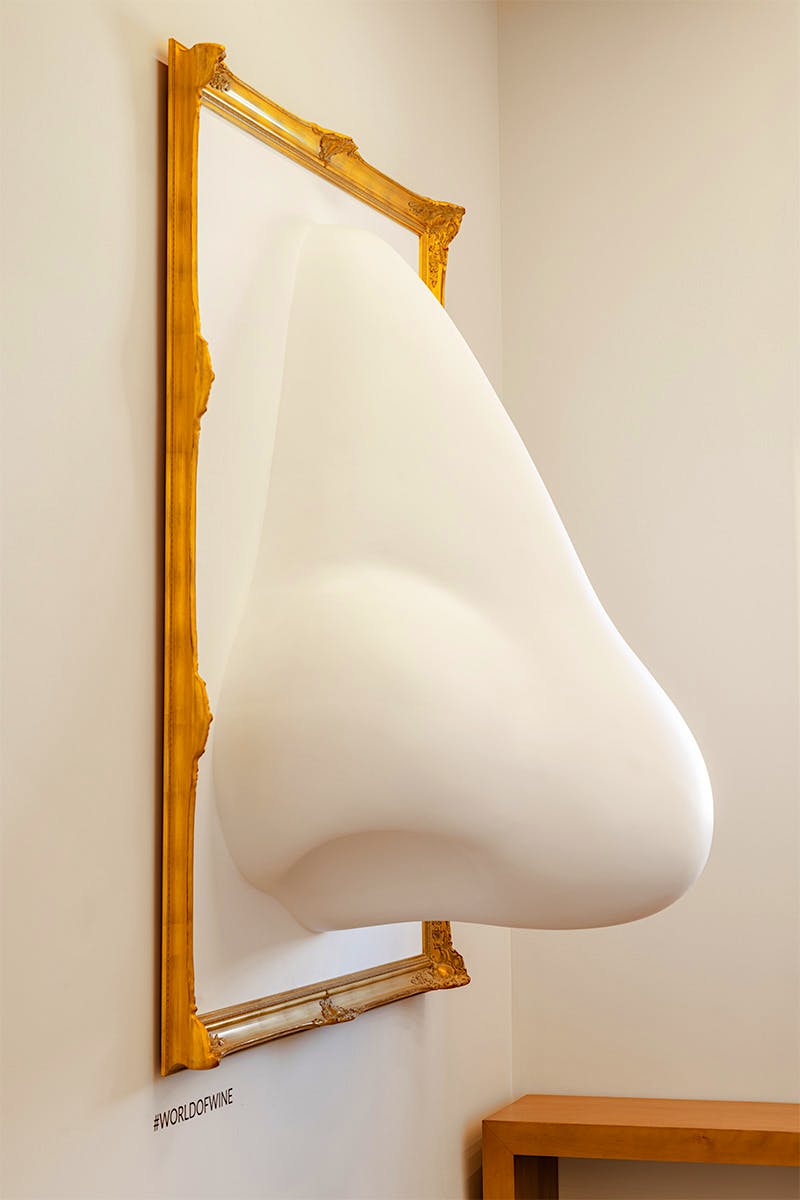 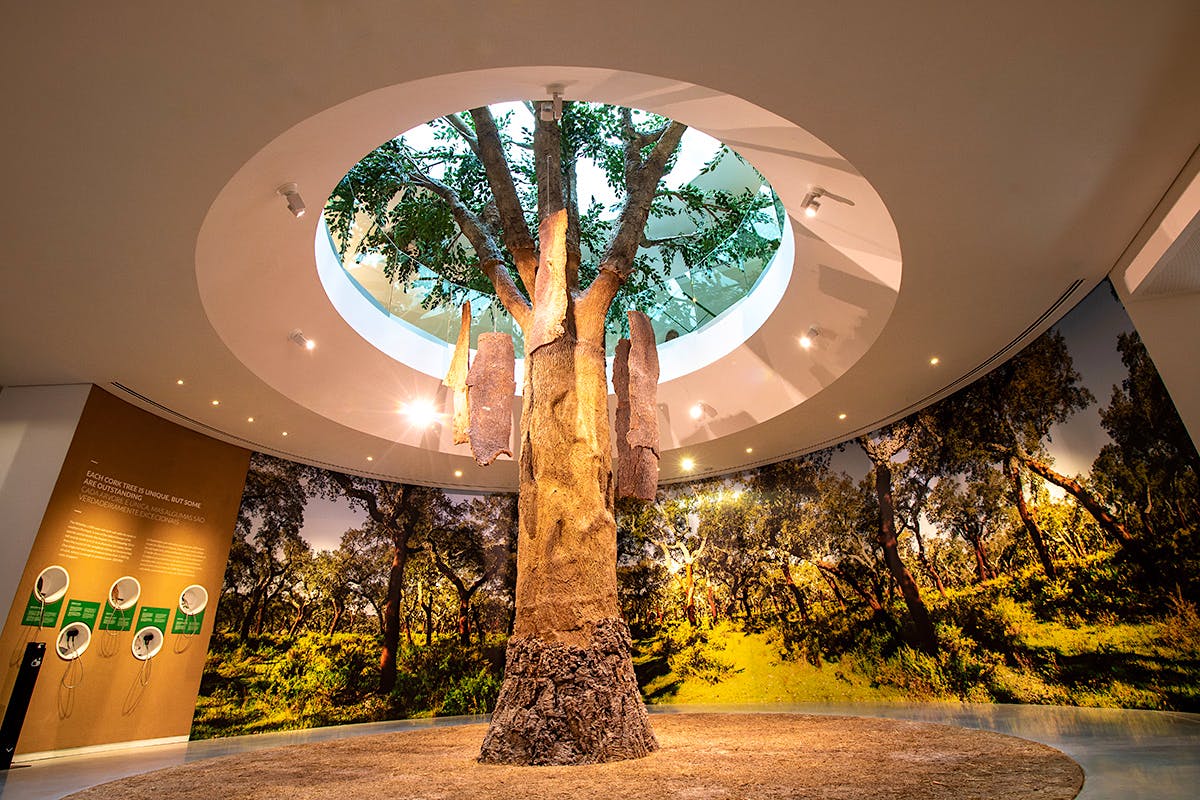 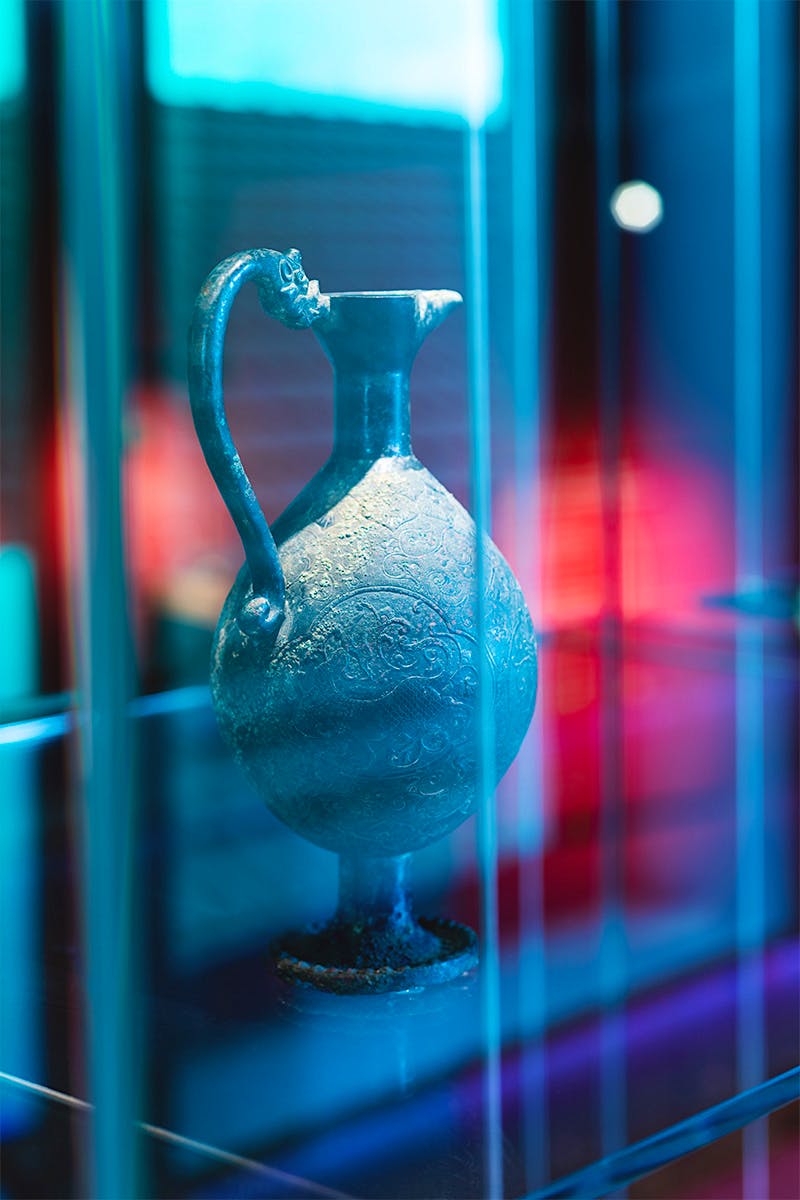 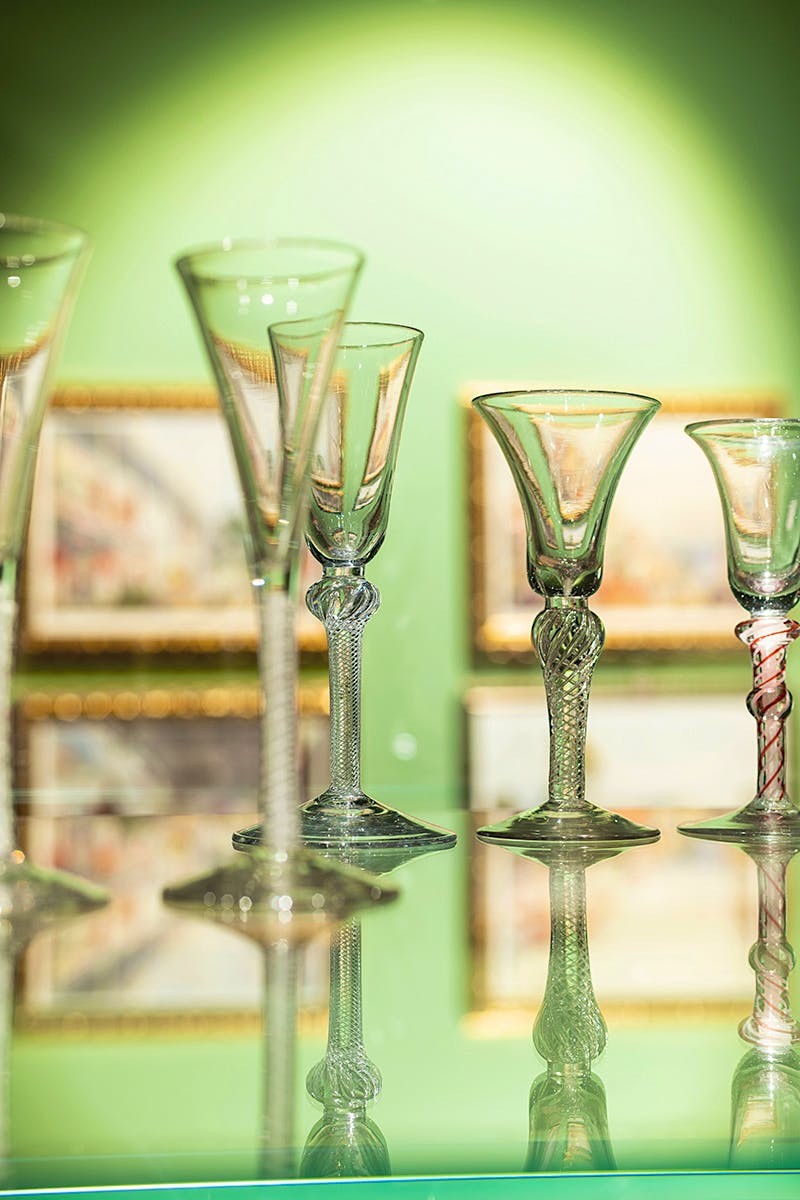 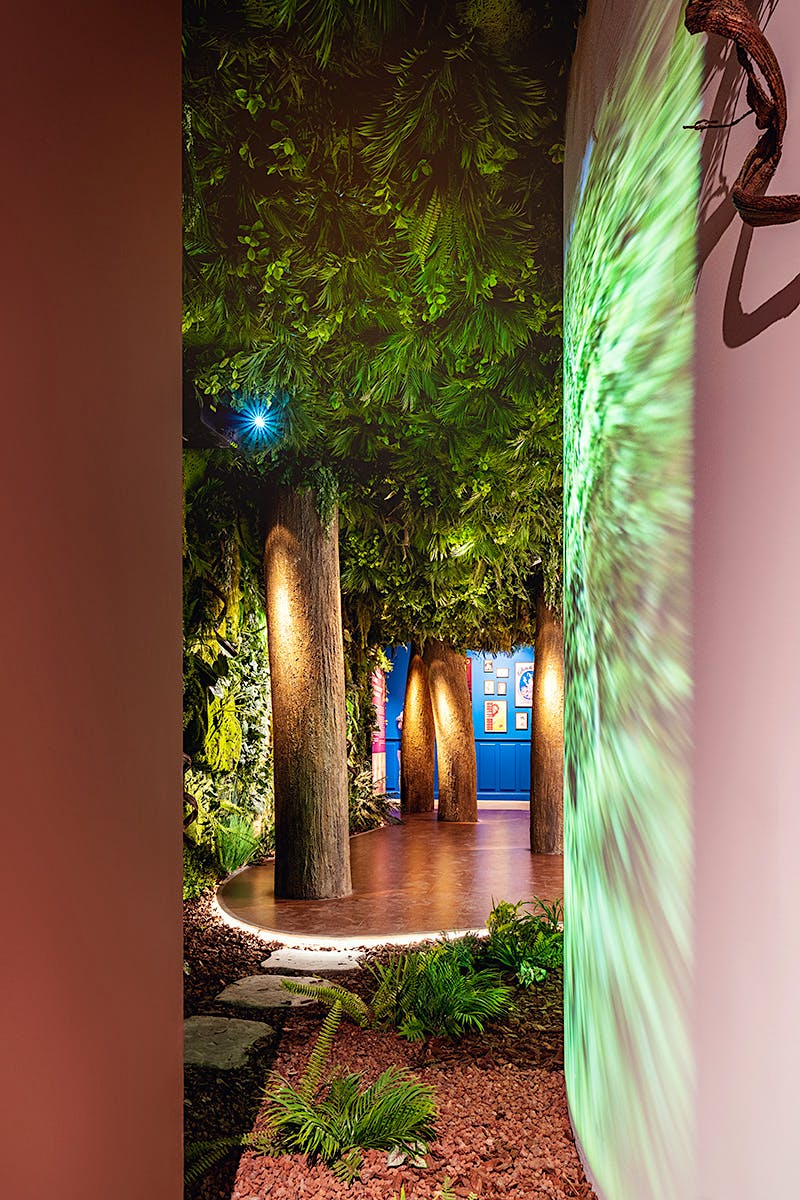 Visitors have a few options to peruse in the WOW district. The centerpiece is a 30,000-square-foot "Wine Experience" centered on viticulture and production, with particular focus on Portugal’s wine regions—though Port is notably absent from the mix. “There’s 17 different Port visitor centers in this city. But there’s no one explaining table wine,” Bridge said.

For the history buffs, there's the Bridge Collection of ancient drinking vessels, and for the true cork dorks, an exhibit on the top stopper as well. As Bridge pointed out, more than 50 percent of the world's cork is grown in Portugal, and even more is processed there. "That seemed like a story that needed to be told.” Another companion area features that tasty Port partner, chocolate, including an on-site chocolate factory and educational tour of cocoa’s history, varieties, wine pairings and production. “We take people through that journey,” said Bridge, “Most people don’t realize that you need to ferment the cocoa bean in order to make chocolate.”

“We hope to educate, inform and have something that’s interactive and that someone will come away from feeling that they’ve learned something, but they’ve also had some fun."

Education is the name of the game for a new museum popping up in France’s Champagne region, too. Last month, Champagne house Famille Carbot cut the ribbon on Secrets des Bulles, in the town of Châlons. Much of the gallery focuses on a major moment for Champagne, and a personal one for the Carbots: the discovery of 170-year-old Champagne bottles on a wreck in the Baltic Sea, in 2010. Readers will recall they were auctioned, tasted (rating pretty favorably!) and confirmed as cuvées from wineries like Veuve Clicquot Ponsardin, Heidsieck & Co. and now-defunct Champagne Juglar.

“The idea was born over five years ago,” said Olga Carbot, co-owner of Famille Carbot and its museum with her husband, Christophe. The Juglar connection led to the idea for the museum: Carbot and her husband live in the 19th-century Châlons house of François Felix Juglar. “[This] gave us the inspiration and the courage to embark on this adventure and create the museum.”

On Aug. 14, the 10-year anniversary of the wreck’s discovery, the Carbots' dream came true. Secret des Bulles explores the stages of Champagne production, with an expected focus on Carbot’s own sparklers, and one on shipwreck bottles. The museum is now working with the divers who found the Baltic bubbly to get ahold of the ultimate flotsam for its collection: a once-sunken Juglar bottle itself. 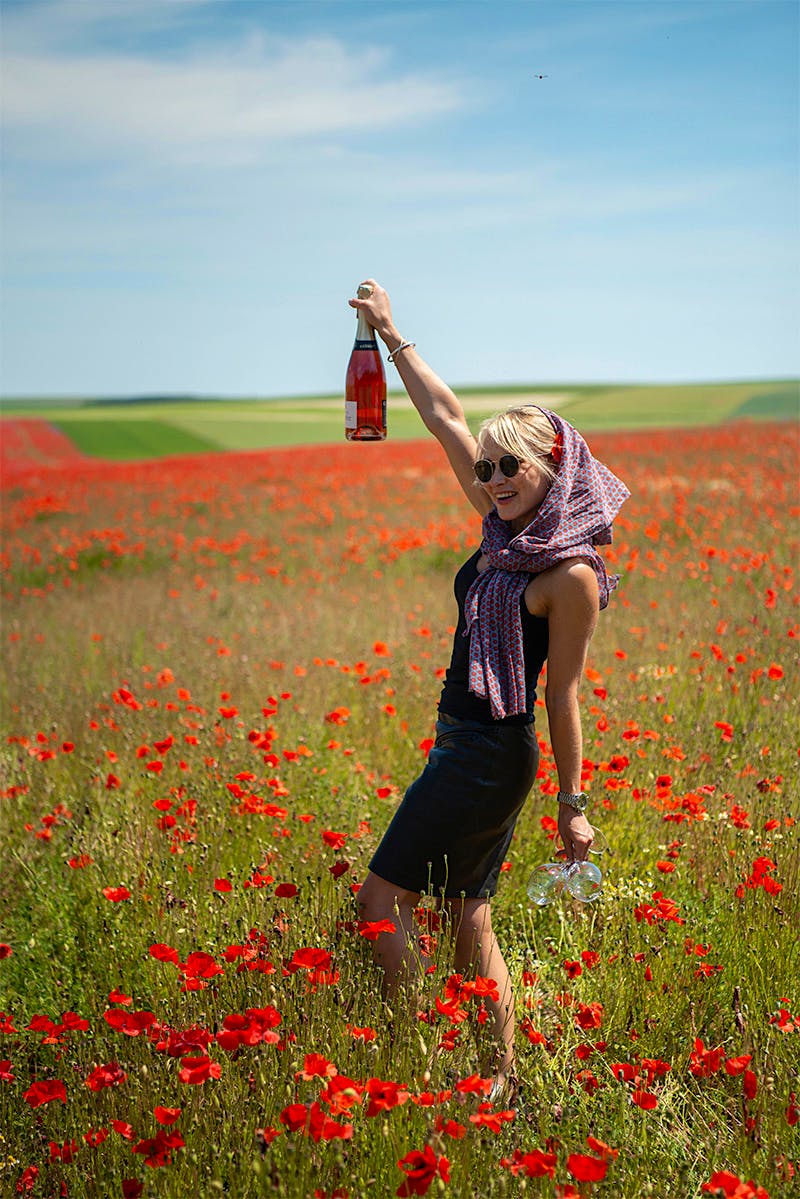 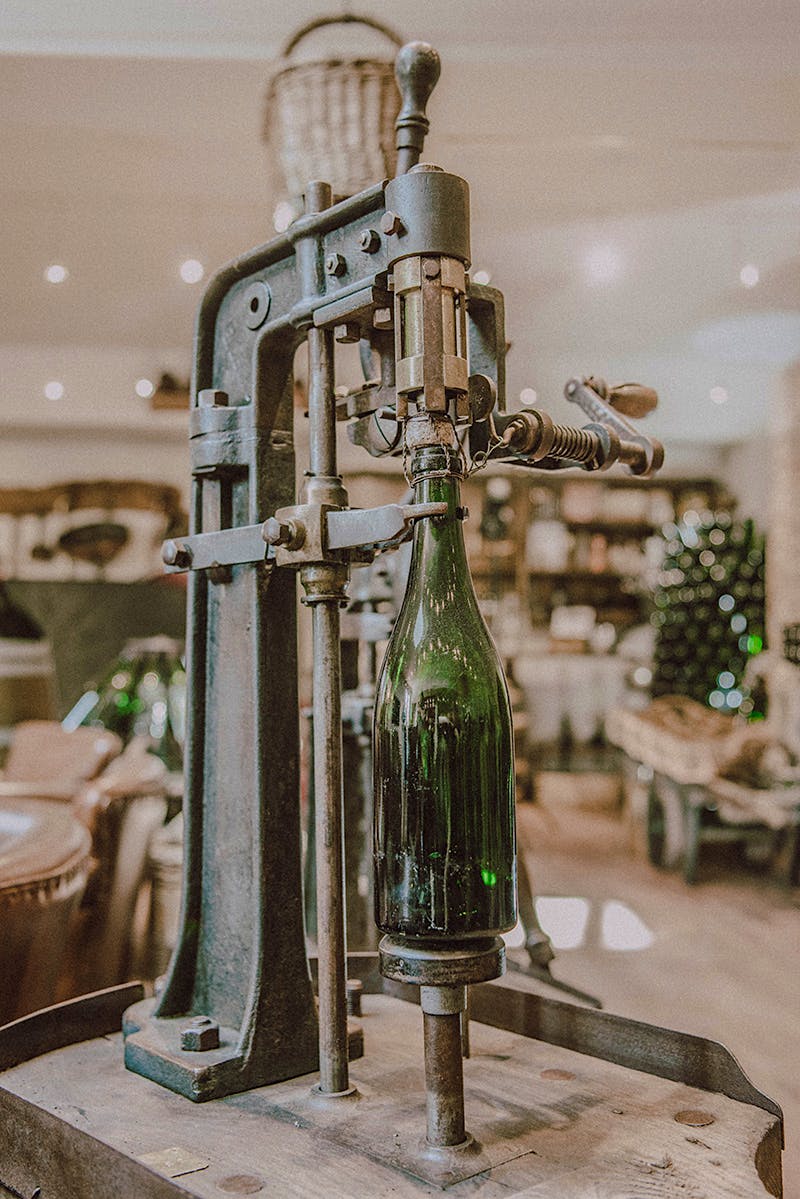 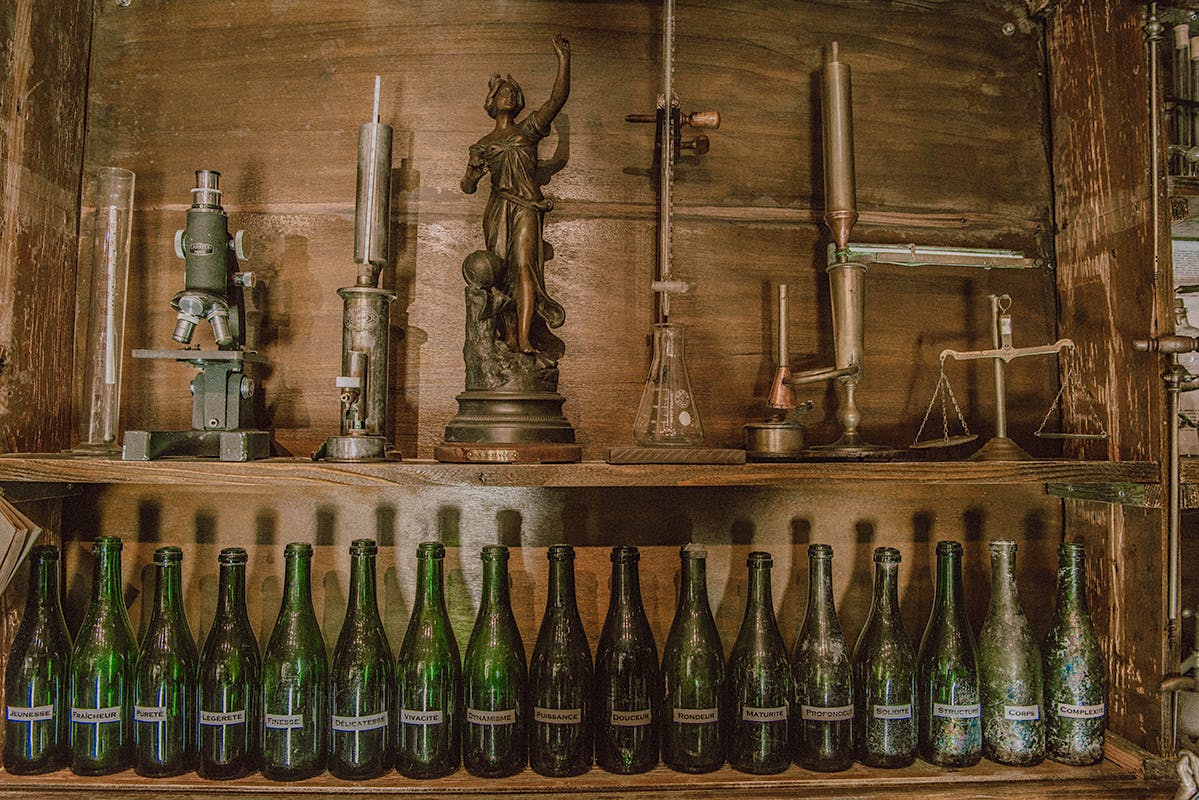 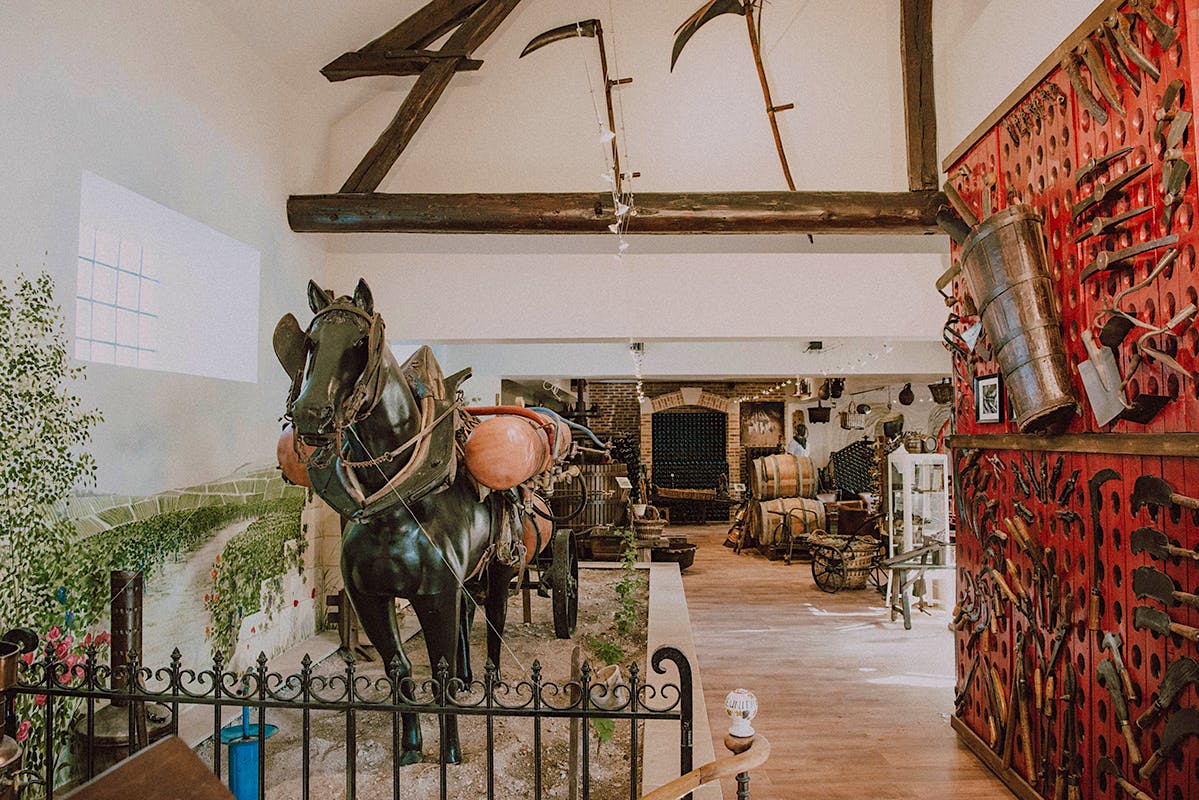 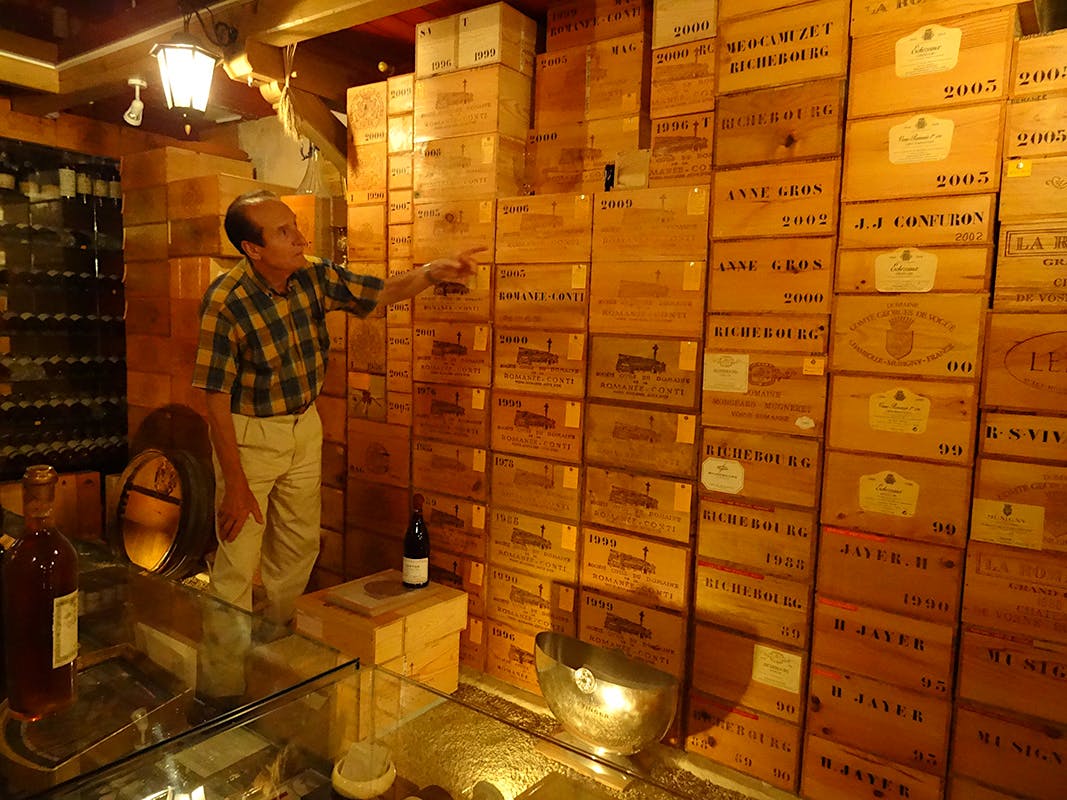 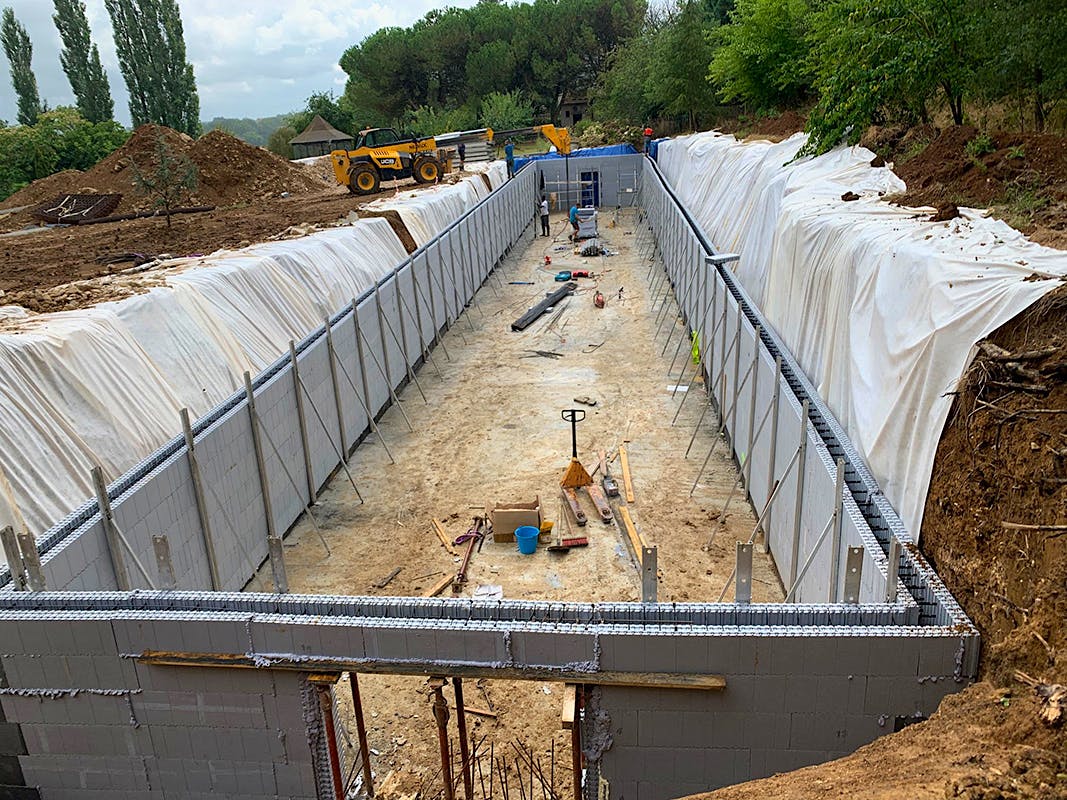 And that won’t be Europe’s only new DIY-type wine museum. Prolific wine collector Michel-Jack Chasseuil is putting up his own bottle hoard for public consumption: He's laid the groundwork to convert his personal cellar into a museum in the town of La Chapelle-Bâton in western France, south of Poitiers. It includes the big ones, like decades-old Pétrus and Domaine de la Romanée Conti. Chasseuil intends to let guests explore the full collection and some of his other, non-vinous finds, too, including historical letters from Napoleon and Marie Antoinette, and Roman amphorae. He's also thinking about creating a digital educational space, and inviting artists to take up residence on site.

It's “the art of living,” as Chasseuil put it, “the association of food and wine, to share with my friends the pleasures of these nectars.”