Star Trek beamed up the premiere of the latest series in the saga, Star Trek: Picard, yesterday on CBS All Access. In the episode, we find Jean-Luc Picard not at the helm of a starship but retired and restless, tending his family's vineyard in Burgundy, Earth, which, in a real sci-fi mindbender, is still an arable part of the planet in 2399. But wait—didn't you read that the real Château Picard is actually in Bordeaux, France? Well, now comes news that the real setting of the fictional Château Picard is actually … in Southern California's Santa Ynez Valley.

"They were looking for an authentic-looking French château within driving distance of L.A.," explained Sunstone Winery general manager Dave Moser to Unfiltered, on how the production team landed on Sunstone as a setting. As it happens, Sunstone's owners had constructed a villa on the property out of reclaimed architectural elements and artifacts from buildings around the south of France. Soon, hundreds of cast and crew were posting up wherever they could find a room around sleepy Santa Ynez, and for one week last April, Sunstone was transformed into a historic French estate … 400 years in the future. 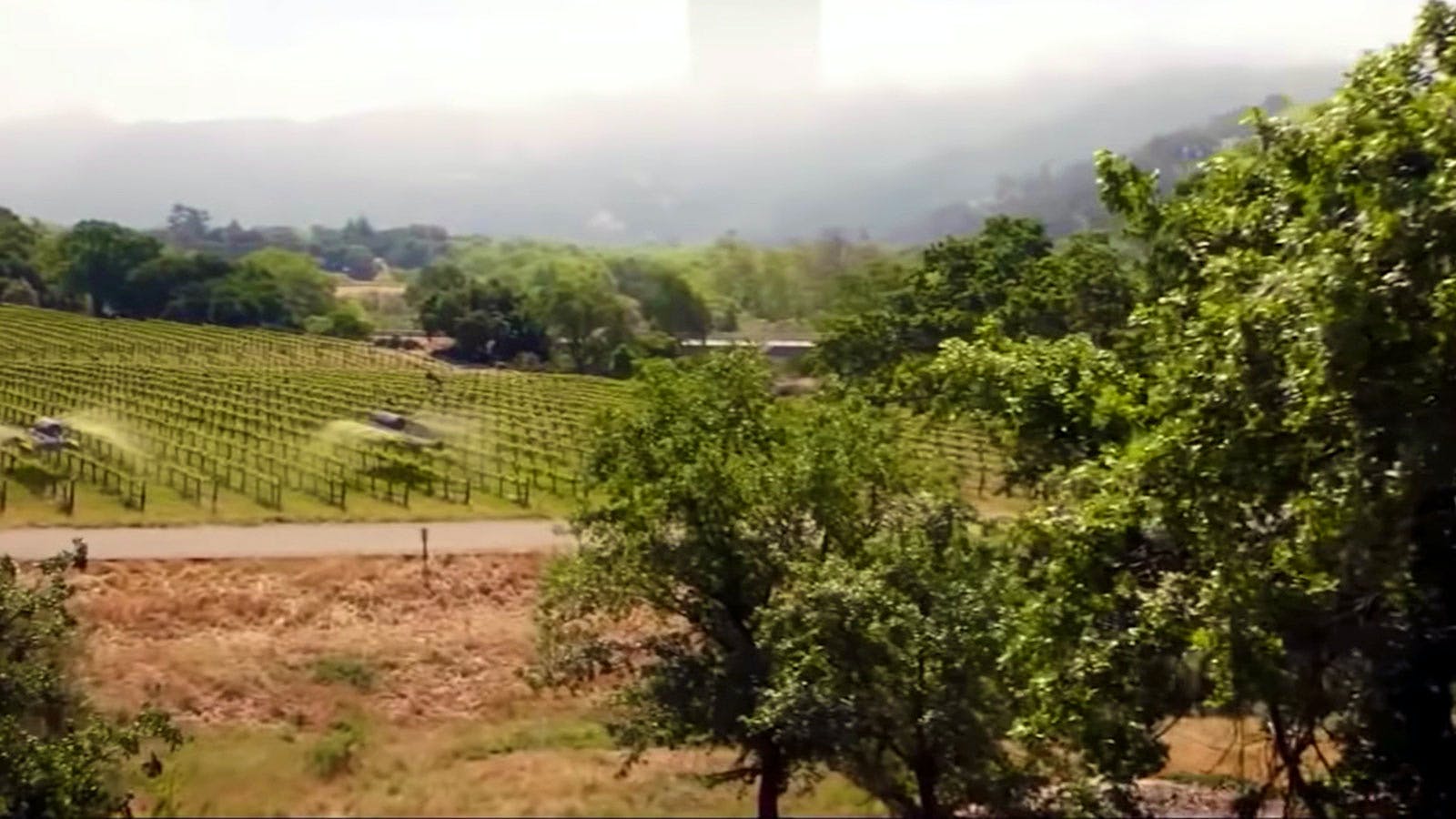 Drones filming drones spraying: A shot of Sunstone's vineyards as they appear in a Star Trek: Picard trailer (YouTube / CBS All Access)

Somehow, they had to keep it all under wraps. "We had a nondisclosure and confidentiality agreement with CBS which prohibited us from even acknowledging [the filming] until today," Moser said. Helpfully, the Sunstone villa is "secluded" from the rest of the property; even the flow of visitor traffic was only interrupted for about an hour of filming in the vines on one day.

Moser expects Sunstone appearances in three or four episodes of the series, and a few prominent character appearances at Sunstone as well. Most of the vineyard shots were drone overheads, but "there were also shots where the actors were actually standing in the vineyard," including scenes with Picard (Patrick Stewart) and android pal Data (Brent Spiner). While there was no time on the voyage for the cast to taste wine, "the cast and crew that we did deal with were very humble and nice and very accommodating," said Moser.

Already, "there's a lot of requests for, 'Hey, we want to tour Château Picard and get a tasting there.' We encourage all the Trekkies and Trekkers to come visit us. It should be quite a few interesting weeks if not months"—a long-lived and prosperous alliance, one could say.