But last month came news that an English couple has one-downed the Tibetan spiritual leader when the mere two vines—one Chardonnay, one Pinot Noir—planted at their home in Sussex, England, got the governmental go-ahead for commercial winemaking. “I read [the Dalai Lama] has three vines, so I thought, ‘I can go one better than the Dalai Lama!’” lawyer and director of the Wines of Great Britain (WineGB) Dominic Buckwell told Unfiltered. We'll leave to philosophers the question of whether it is, in fact, actually prideful to out-humble the earthy incarnation of compassion.

That's it; that's the harvest. (Courtesy of Dominic Buckwell/Upper Lodge)

Dominic and his wife, Corina, live on a 17th-century country estate called Upper Lodge; the property has a holiday cottage called Tack Barn, whose guests may get the best chance to try the vineyard's very limited production this season. How limited? The newly planted Pinot Noir vine has yet to mature, and for the 2019 harvest, the Chardonnay vine yielded around 22 to 33 pounds (0.0165 tons) and 14 bottles. The Buckwells plan on giving half of it to cottage renters and attained commercial designation as U.K.’s vineyard number 9321 from the Department for Environmental and Rural Affairs in December. (There is no international governing authority to grant official “World’s Smallest Vineyard” status, but it has been a busy year for extreme vineyards in general.)

The nation with a fondness for wee baubles has produced a few other contenders for WSV in recent years, but all fell victim to vineyard scourges like "the owner moved" or, perhaps, pigeon. For now, Buckwell reigns least supreme, but the project is about more than record-setting. “Winemaking teaches you humility,” he said. “You learn more from your mistakes than your successes, and you make the best you can with the fruit you’ve got”—even if it's just one vine, one grape and one case.

Cork giant Amorim has made tech strides in recent years in eliminating unwanted odor agents from its stoppers in an effort to curb cork taint. Now, the company has created experimental beverage caps that smell on purpose. The company unveiled its new Sense Tops for liquor bottles last month, toppers which are themselves topped with a varnish of fragrances like fruit, chocolate, coffee and vanilla. 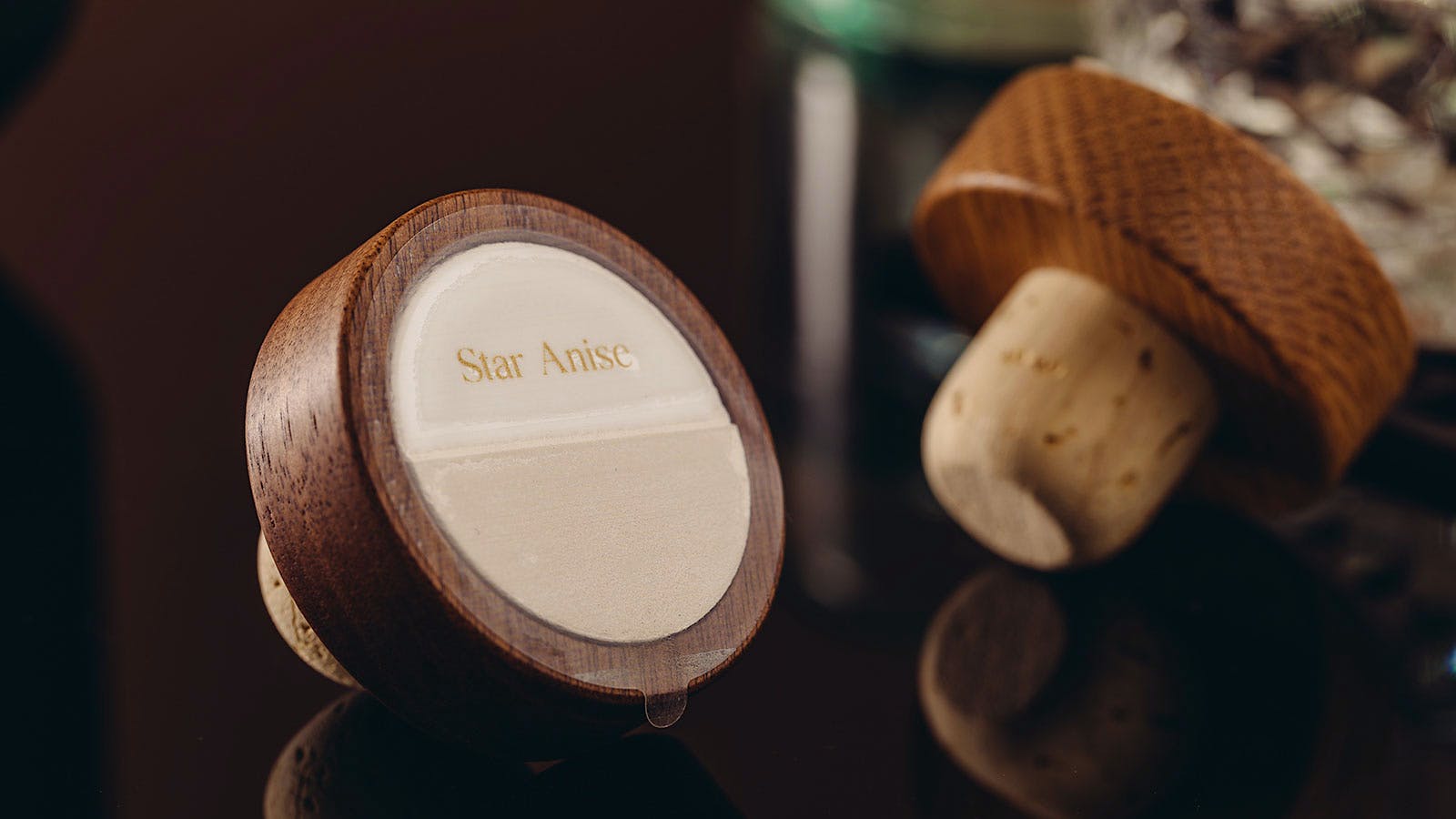 If you're imagining walking into a liquor store that smells like all its product has been spilled on the floor, Amorim sales and marketing director Hugo Mesquita countered that the new technology could be a useful tool for shoppers deciding what to buy. “When you are infusing certain spirits with certain aromas, our idea would be to pass that aroma to the top itself, so before you open the bottle, you can understand what the aroma is in order to understand what you will have in the drink,” Mesquita told Unfiltered.

Cinnabon has been weaponizing its aroma into getting exhausted dads at malls into its stores for ages, so why not beverages? Mesquita envisions a potentially similar sway over, say, exhausted dads at airport duty-free shops. "If you have a product in the corner of a shop, you can have [bottles] diffusing that aroma when people are passing by, and they might be attracted by that aroma,” he said. A transparent film on the stopper protects the scent and can be removed and reattached, and the fragrance refreshed.

Sense Tops are one of Amorim's three new Top Series gizmos. The Evolutive Series features heat-sensitive indicators that indicate ideal sipping temperature via color change, while the Ambiance Series has an LED light that can be controlled manually or remotely to, say, set a mood or act as a "find my phone" hack for your booze.