Clare de Boer and Jess Shadbolt met in 2013 as line cooks at the River Cafe in London. “It was very clear from the outset that we loved the same food,” de Boer recalls. “Some people will gravitate toward the giant racks of veal and some people spend more time eating the beans. We were the latter.”

The two Brits have since made names for themselves as chef-owners of King in New York, where the menu is a hyperseasonal, British-accented combination of Italian and French fare, at once cozy and subtly unexpected. In summer, heirloom tomato salad is served with whipped bottarga; come winter, chargrilled quail meets rosemary branches, braised chicory and anchovy. The simple platings have a faintly undone air that evokes home cooking. “All cooking is elemental at its core,” de Boer muses. “We just kind of lean into that.”

Like home food, the dishes here feel spontaneously conceived, just for you, and essentially, they are; the menu changes twice daily, seven days a week. “And that’s not a ‘concept,’ ” Shadbolt says. “When we opened, everyone was like, What’s your concept? And our concept was to cook really delicious but elevated simple food, and in order to do that, and to work with the [purveyors] that we want to work with, that means we have to change it every now and then. You cannot rely on nature to provide you with bang-ripe tomatoes for the whole week.”

Dessert at King is seasonally inspired as well. October brings prune-Armagnac ice cream. A riff on rum raisin, “it’s dark and stormy,” a nod to the dipping temperature, Shadbolt says.

Classically, in French and British kitchens, “You put your prunes in Armagnac and you forget about them,” de Boer notes, “and then you have one as a naughty snack.” The French brandy, distilled from white wine, plumps the prunes and imparts a caramelly, spiced essence. The duo uses this method to prepare the prunes for their ice cream.

Partner Annie Shi pairs the dessert with family distiller Jean Cavé’s 1990-vintage Armagnac, which, thanks to the taming influence of age, has a “mellow creaminess” that echoes the ice cream, with crushed rose petal, patchouli, citrus and clove details framing an unmistakable grape-must core. “That is what I love most about Armagnac,” Shi says. “You remember that it’s a product of wine.” Rather than enjoying the spirit alongside the ice cream, she favors sipping it as a post-dessert dessert. “For me, it prolongs the pleasure of the meal in a very hedonistic way.” 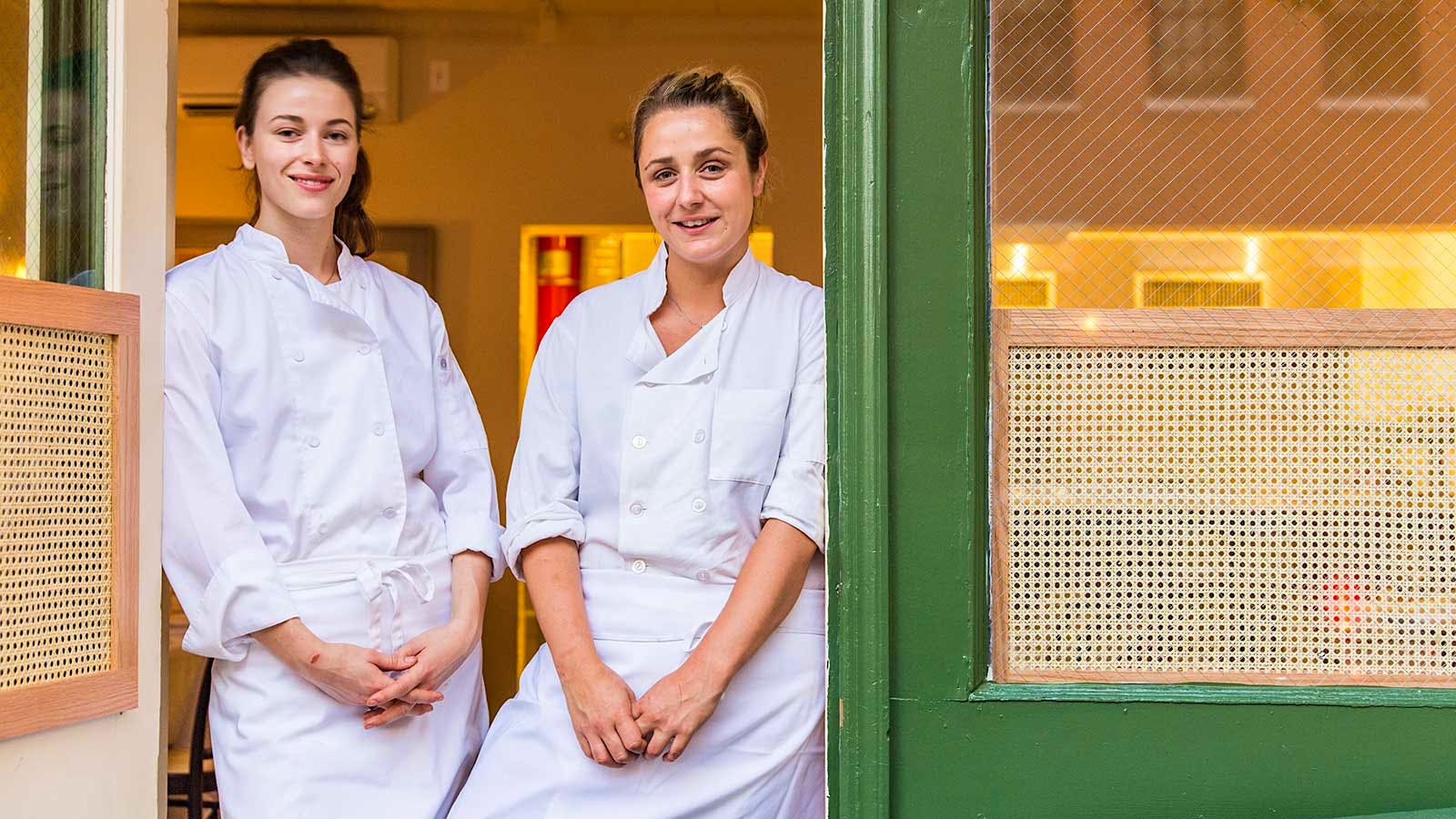 Just because the weather is starting to cool doesn’t mean you can’t indulge in a creamy swoop of ice cream, and this moody number is just the thing for fall—especially when paired with vintage Armagnac, whose warmth balances the dessert’s chill to dramatic effect.

The first step to making ice cream at home? “Being in possession of an ice cream churner,” de Boer says. She and Shadbolt applaud all those who are. For their part, she says with a laugh, “Us in New York don’t have the cupboard space.” However, if you have the gear, you’ve cleared the biggest hurdle of all, and the ladies of King are here to walk you through the rest of the process step by step.

Pairing Tip: Why Armagnac Works with this Dish

Armagnac is a natural choice alongside ice cream infused with the same Gascony-born spirit. Cognac could work too but is double-distilled and therefore subtler. In contrast, “Because [Armagnac] only gets distilled once, it retains more of the fruit and the minerality,” says partner Annie Shi. Of her nearly 30-year-old selection, she says, “It’s a little bit more aromatic, a little bit gentler, not as like a trail of fire down your throat into your belly.”

1. To make the prunes plump and juicy, place them in an airtight container and cover with the Armagnac. Cover container, transfer to the refrigerator and let chill overnight. When ready to make the ice cream, drain the prunes, reserving the delicious liquor separately.

2. In a large bowl, beat together the sugar and egg yolks until pale, about 2 minutes.

3. In a heavy-bottomed saucepan, gently warm the milk and cream over low heat, stirring occasionally. After about 5 minutes, it will come to a simmer, with a few small bubbles forming around the edges. Immediately ladle two-thirds of the milk-and-cream mixture into the bowl with the egg yolks, pouring in a slow stream and whisking continuously to combine. Once the mixture is smooth and well-incorporated, return it to the pan with the remaining milk and cream, and heat over medium-low. Continue to slowly cook out the eggs, stirring constantly in a figure-eight motion. Carefully test the temperature of the custard with a finger; it should be warm, not hot, and you must not let it boil. Once it has thickened to coat the back of a wooden spoon, about 4 minutes, remove from the heat and strain through a fine-mesh sieve into a heatproof container. Stir in the reserved prune liquor and 1 tablespoon or so more Armagnac to taste, if needed. Let cool completely. Chill custard in the refrigerator until completely cold, overnight or for up to 2 days.

4. Churn the ice cream base according to your ice cream maker’s package instructions. Tear or roughly chop the prunes, and ripple them through the base as you extract it from the machine. Freeze for 2 to 4 hours. Serves 6 to 8.