Celebrities usually make vineyard cameos on the occasion of a party (or a purchase), so what were actor Katie Holmes and star chef Alain Ducasse doing in Hautvillers last month? Mostly, the pair were hanging out at Dom Pérignon because … Champagne. (Or maybe Roger Federer and Natalie Portman just put out word around the A-list that Moët Hennessy know how to have a good time.) 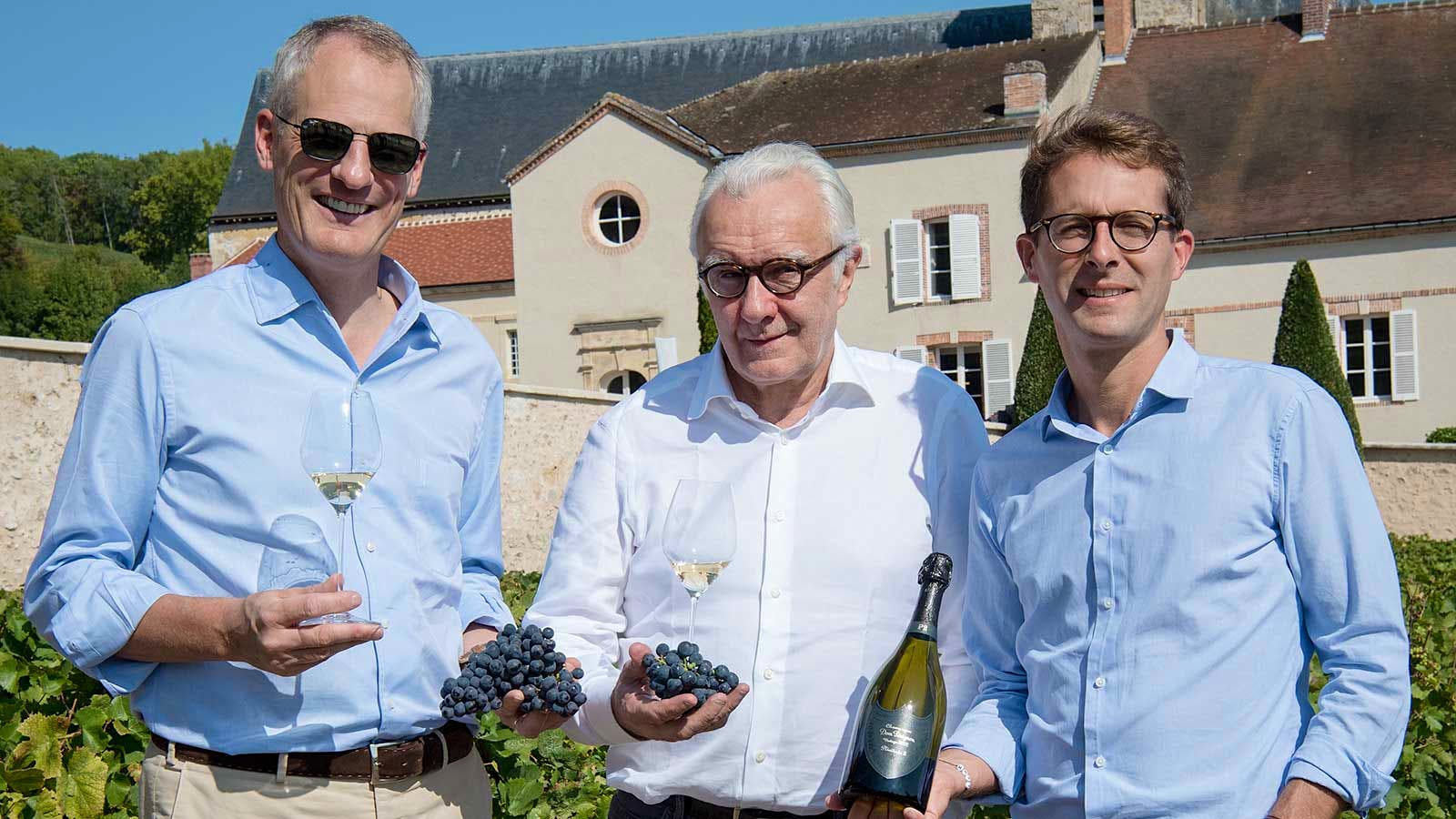 The occasion for Holmes and Ducasse's jaunts to Champagne coincided with harvest, so they picked grapes in the Dom Pérignon Clos Sacré parcel, strolled the caves, and wined and dined with MH CEO Philippe Schaus and Dom don Vincent Chaperon. “I’m very moved to have been able to live the joy of the harvest, feeling such love for the earth," Holmes told Unfiltered via email. "Learning about the complexity of the assemblage of grapes made the experience even more profound.”

Harvest started Sept. 5 this year, and Chaperon reported that heat waves in August elevated sugar levels and necessitated an early start to picking, but an overall dry season has him optimistic about ripeness and concentration. Ducasse, perhaps, wanted to see for himself, mixing a bit of business with pleasure: After all, he feeds diners Champagne around the world at his nearly three dozen restaurants, including Wine Spectator Grand Award holder Le Louis XV in Monaco. “This reflection of the excellence that we share with Dom Pérignon shows a glimpse of the great moments of rejoicing and tastings to come, so long as the maison watches over the quality of future wines," Ducasse said.

The cups have been runnething over lately for sports fans who want to change out of tailgate tall boys and into wine once the game starts: Cabernet and red blends are served in-stadium for Carolina Panthers and Tennessee Titans fans, there's Silver Oak at Golden State and frosé at the U.S. Open. But rinkside Champagne? Only in Vegas. This week brings news that Sin City's own Golden Knights are getting an official bubbly in the form of the Beau Joie cuvée from Champagne Bertrand Senecourt. 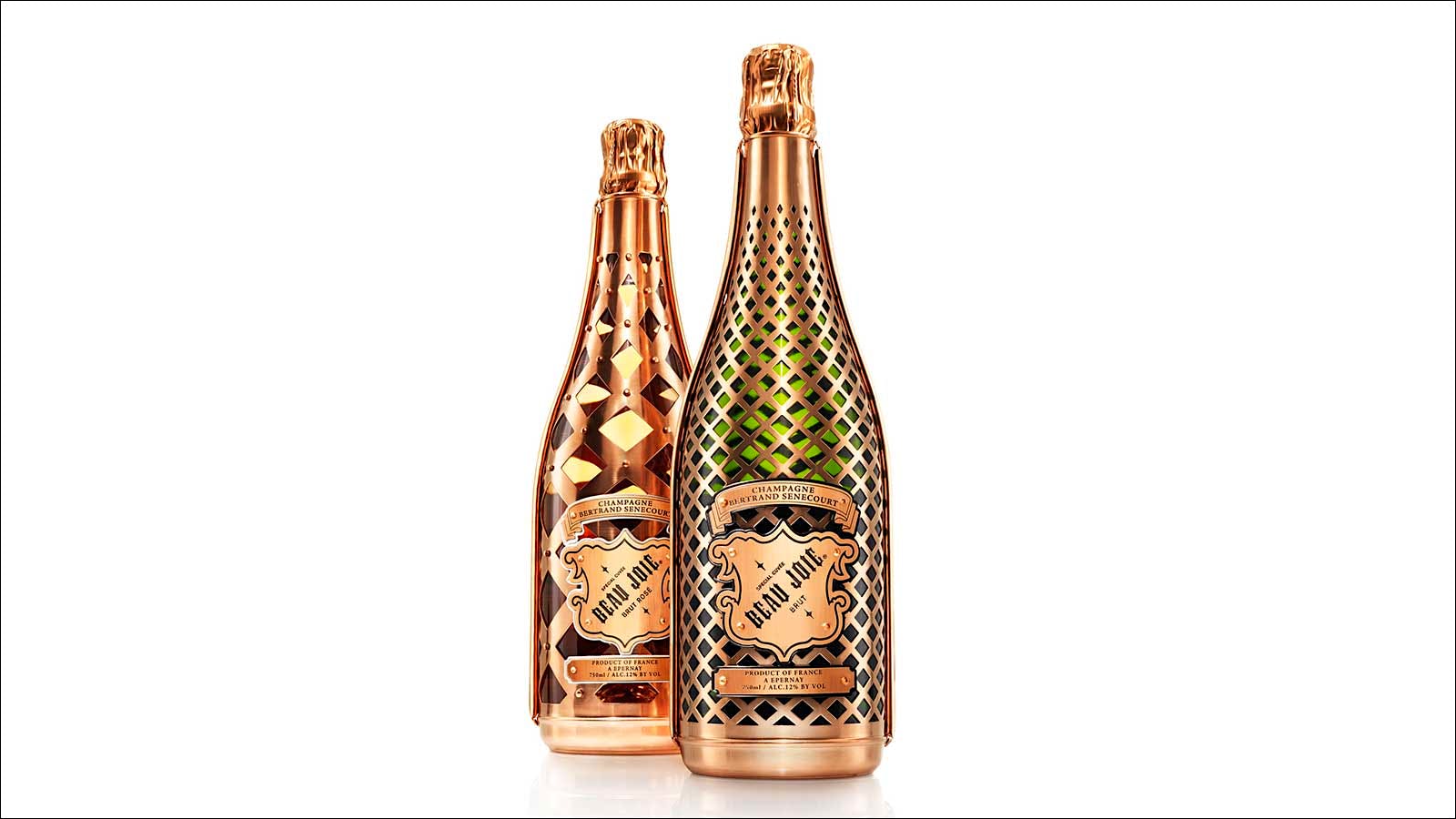 Icing: Also an infraction in Champagne? (Courtesy of Toast Spirits)

“No other professional sports team puts on a better show than the Vegas Golden Knights,” said Jon Deitelbaum, president and CEO of importer Toast Spirits, in a statement provided to Unfiltered. “They’re a local phenomenon, and they’ve done an incredible job connecting the community and the hospitality industry."

The zero-dosage Champagne, fortuitously packaged in bottles wearing a copper "suit of armor," will appear on in-arena LED screen animations, special promotions and swag retail tie-ins but, most important, a Beau Joie rep confirmed that it will have "full distribution" in T-Mobile Arena on the Strip. So for Golden Knights victory celebrations: Champagne. And if the team decides to start handing out bottles for benched or suspended players, may we suggest a selection from VGK owner and vintner Bill Foley's roster? Mt. Difficulty.