Grenache is the French name for the red grape known as Garnacha in Spain and Cannonau in Italy. Today, Grenache is the star of red blends in France's Southern Rhône Valley, reaching its pinnacle in Châteauneuf-du-Pape. It is widely grown in Spain, where it's dominant in Priorat and a component of blends with Tempranillo in Rioja and other regions. Cannonau is one of the main grapes in Italy's Sardinia. It also has a growing presence in the New World, in places like California and Australia.

Grenache buds early but ripens late. It thrives in warm climates, and likes stony soils like gravel, as well as limestone, clay and sand. In Châteauneuf-du-Pape, the vineyards are studded with large, round stones called galets. The wines tend to have low to moderate acidity, and the berries can reach high sugar levels, resulting in relatively high-alcohol wines, but still retaining balance with vibrant fruit.

Grenache can vary widely in style, depending on where it's grown, but also what grapes it is blended with—Syrah and Mourvèdre are common partners. Generally, the wines show a mix of red and dark fruit, like cherry, raspberry and blackberry. They can have some spice, often manifested with black pepper and star anise notes, and also display pronounced dried-herb qualities, such as bay leaf and tobacco. 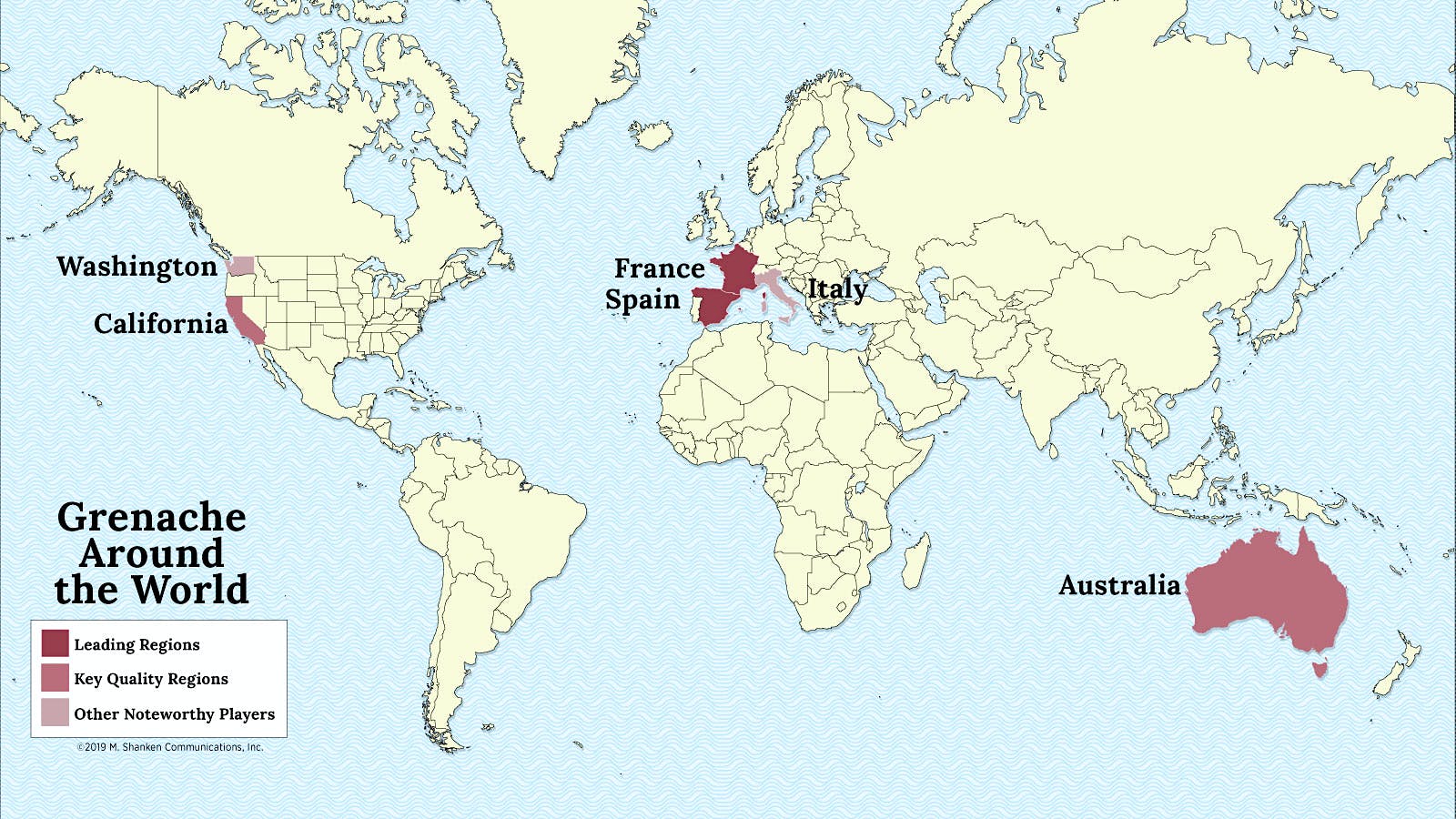 For more on Grenache

Get scores and tasting notes for recently rated Grenaches