It's not exactly a winecar, but the Lamborghini Huracán Sterrato, unveiled earlier this month, may be the first supercar you can take for a spin through the terroir on your morning vineyard jaunt. Like many a grapegrower's trusty Land Rover or F-150, it has the ground clearance, fog lights and off-roading tires for a roll through the dirt—but at 202 miles per hour with a 631-horsepower engine.

A $260,000 dune buggy may seem like a, let's say, fantastical contraption, but it's kind of a return to roots for Lamborghini: Before making sports cars with names that sound like indigenous Italian grapes, Ferruccio Lamborghini produced tractors. And when he put the brakes on his carmaking career, Lamborghini became a winemaker. 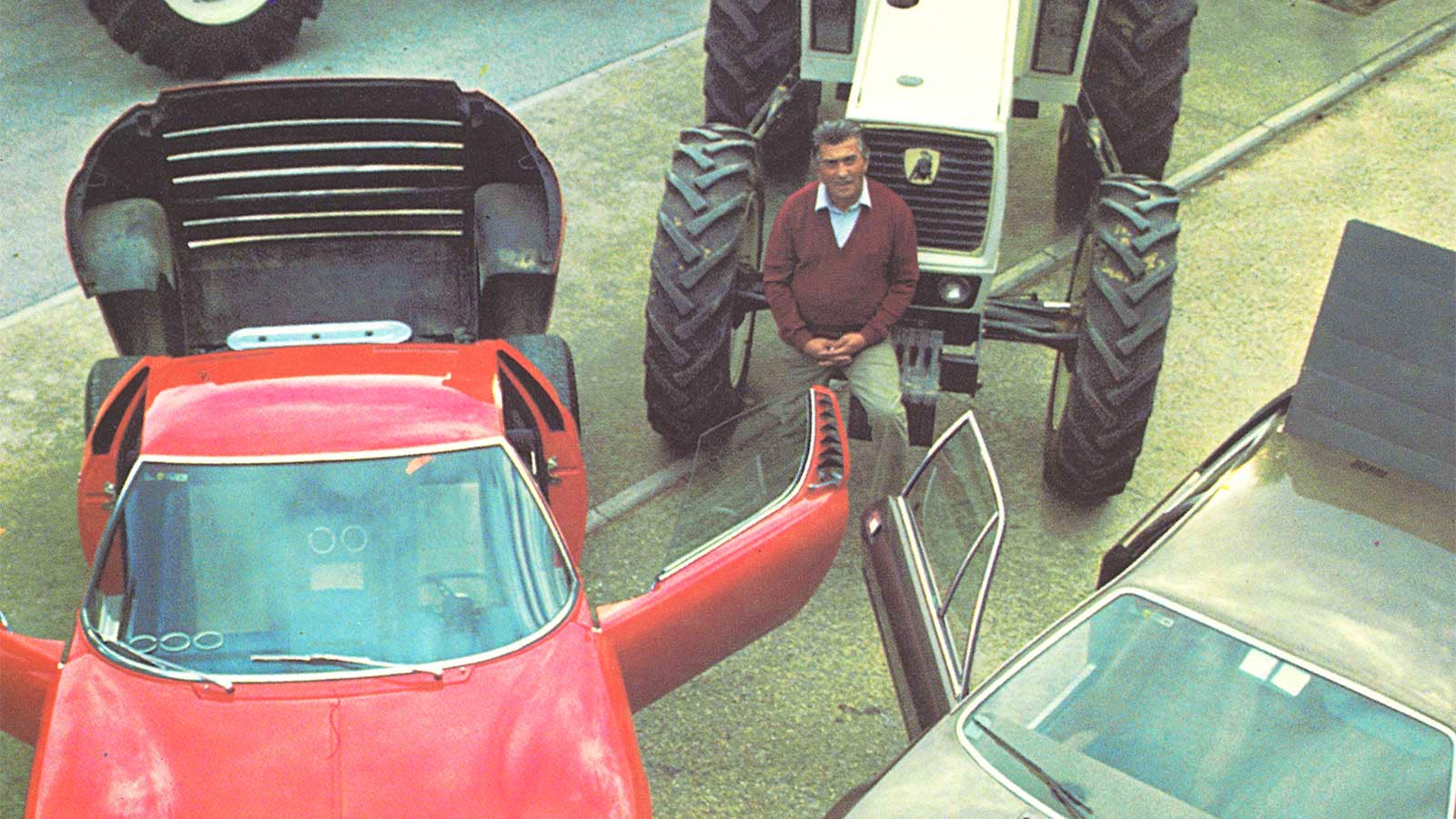 "He was very attracted by new challenges and wanted to do the best in every field," Margherita Alberati, a representative for the Umbrian winery, told Unfiltered via email. "Not by chance on his wine labels he wrote: 'I have always tried to do my best in every field; this is my wine.'"

Though Lamborghini was born to a winegrowing family in 1916, he was initially attracted to the faster things in life. But in 1968, charmed by the Umbrian countryside, he purchased an estate near the village of Panicale. A few years and a global oil crisis later, Lamborghini was pretty burned out on automobiles. He sold the company and became a full-time wine guy, planting Sangiovese, Ciliegiolo, Merlot and Cabernet Sauvignon—unusual at a time when super Tuscans were just starting to appear—and even designing a 9-hole golf course.

Tenuta Lamborghini is now run by Ferruccio's daughter Patrizia (he died in 1993). They make "super Umbrian" wines with the help of super-winemaker Riccardo Cotarella.

Pétrus is the famous name of one of the world's top wines—the Merlot masterpiece of Pomerol—but it is perhaps even better known as the name of one of the world's top saints. Petrus (you may know him as "Peter") would become the namesake of such beloved institutions as the second-best city in Russia, the seventh-best city in Florida, the guy who wrote "Puff, the Magic Dragon," (also) the second-most-famous wine in Pomerol and the first mayor of Bordeaux. That would be Petrus Lambertini (a.k.a. Pierre Lambert), whose claim to fame is that he refused to give up his city to the besieging King of Castile.

Perhaps in the spirit of ol' Petrus L., a wine brand that bears his name has, for eight years now, refused to give up its trademark in a court fight with the Moueix family, owners of the other Pétrus. CGM Vins, the négociant that makes Petrus Lambertini, lost the first battle in 2016, but this month, they appear to have won the war. In 2018, an appeals court in Bordeaux overturned the earlier judgment of deceptive marketing against CGM, and the Moueixes appealed the appeal. But on June 12, Bordeaux's Court of Cassation dismissed it. The mass-market Petrus' branding was not "likely to substantially alter the economic behavior of a normally informed wine consumer," wrote the court.

As the Google translation of Ouest France's coverage puts it, "Does this decision mean the end of the litigation? Always not." The Moueix family issued a statement this week decrying "the fraudulent use of well-known brands"; they plan to file another claim against CGM.