Sovereign Vines proudly proclaims itself the creator of "America’s first hemp-infused wine." But if the federal government's ruling in a new dispute holds, it may have made America’s last hemp-infused wine, at least for now. The founder and CEO of the Binghamton, N.Y.–area company, Kaelan Castetter, brought us up to speed with a dispatch from the frontlines of the latest in the alcohol-cannabis regulatory skirmishes.

Castetter started the project in 2017 with his father, Jim. Indeed, Jim planted the seed for the idea, having devised a hemp-infused wine way back in 1997, the frontier days of commercial cannabis products. The precursor to the Alcohol and Tobacco Tax and Trade Bureau (TTB) quashed that project. But with the times and regulations changing, the younger Castetter saw an opportunity. “We had thought that in this regulatory climate around hemp that we would be able to get through it this time.” 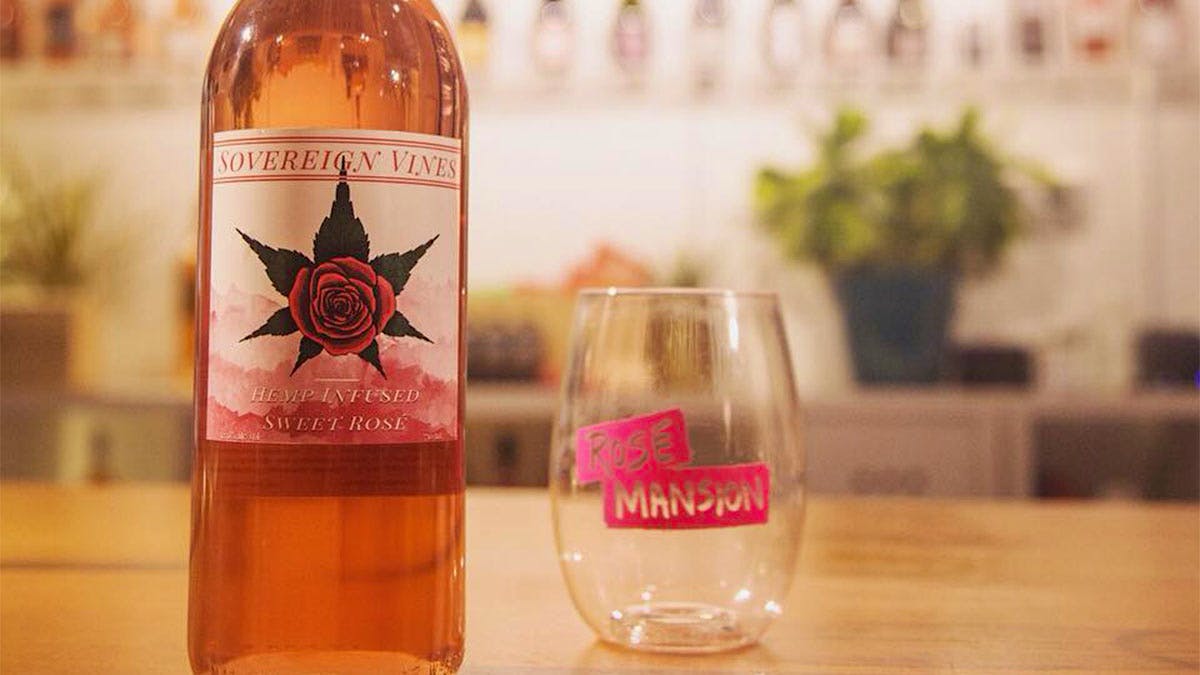 A rosé appeared at the buzzy Rosé Mansion. (Courtesy of Sovereign Vines)

No, it's not weed wine, it doesn't contain CBD and it's not going to get anyone high. Castetter said the infusion is meant to enhance flavor and texture. “It creates a much smoother wine, and just another layer to the wine,” he explained. “It’s got a very unique earthy tone to it.” For the new batch of bottlings, the Castetters started local, with a semi-sweet Cayuga white from Finger Lakes leader Glenora Wine Cellars; the red is a California Cabernet blend. They then infused these wines with hemp-flower terpenes, an aromatic compound; Castetter noted there are no cannabinoid chemicals in the hemp used in his wines, which were only intended for an in-state market.

Nonetheless, the TTB made an unwelcome reappearance in the Castetters’ lives with a product audit last year. Under current federal policy, terpenes extracted from hemp flowers cannot legally be added to consumable products. By late 2019, the Food and Drug Administration had given the order to stopper Sovereign Vines. Not that all authorities agreed: “New York State Liquor Authority has always stood behind us,” Castetter told us. “The legislature, the governor’s office, absolutely.” Even the office of Sen. Chuck Schumer, which has occasionally been known to dabble in chill vibes, backed the company. But for now, after bottling around 2,000 gallons, Sovereign is shelving its wine business.

Through their sister project, Castetter Sustainability Group, the family will keep exploring hemp potential, working with local farmers and entrepreneurs on research and regulation. After all, it's still an eco-friendly component that can be used to make clothes, cosmetics and even wineries.

Marlborough, New Zealand, may be 21 hours from Unfiltered HQ in Manhattan by plane, car and/or swift-footed horse, but we got a taste of its harvest up close last week at the premiere of the new wine documentary Vintage. Filmmaker Colin West followed winemaker and newly minted star Nick Picone and his team at Villa Maria winery through the triumphs and, uh, bollocks of the 2019 harvest in Marlborough and Hawkes Bay. The result joins the canon of recent wine films from Burgundy to Minnesota.

“I started with the company as a teenager,” Picone told Unfiltered—two decades ago, "when New Zealand wine was just starting to kick off from an international perspective.” Director West, for his part, saw Villa Maria as a compelling subject when the winery approached him about the project, with its “smaller winery feeling … Some of the winemakers were doing skin-contact wine and getting to experiment, and have a little fun.”

Plenty of the tribulations of harvest in general provided cinematic inspiration, West added. Even in—what turned out to be—a terrific vintage, it's “something that has hardship, has struggle, has difficulty.” Onscreen, the team contend with tired eyes, bursting irrigation valves and the threat of wild pigs; Picone also lost nearly 4,000 gallons to a forklift accident. But it paid off in the glass, and Villa Maria poured its 2019 Private Bin Sauvignon Blanc at the premiere to prove it. 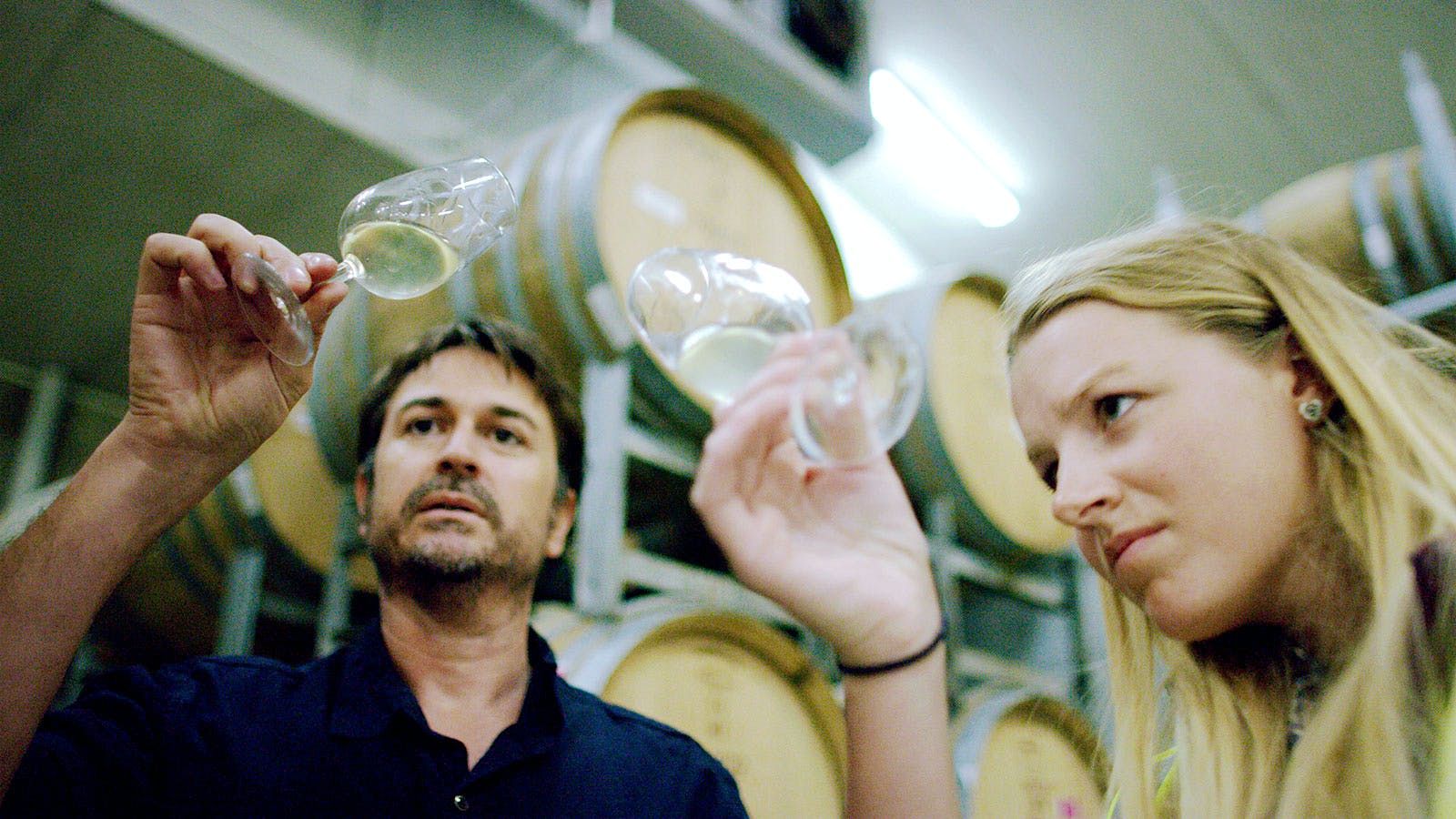 West is looking forward to audience reactions; the film can now be streamed on Vimeo and is coming to Amazon, Apple and Google platforms later this month. “The scale at which [the harvest] happens is what’s kind of phenomenal, and that I don’t think everyone sees.” 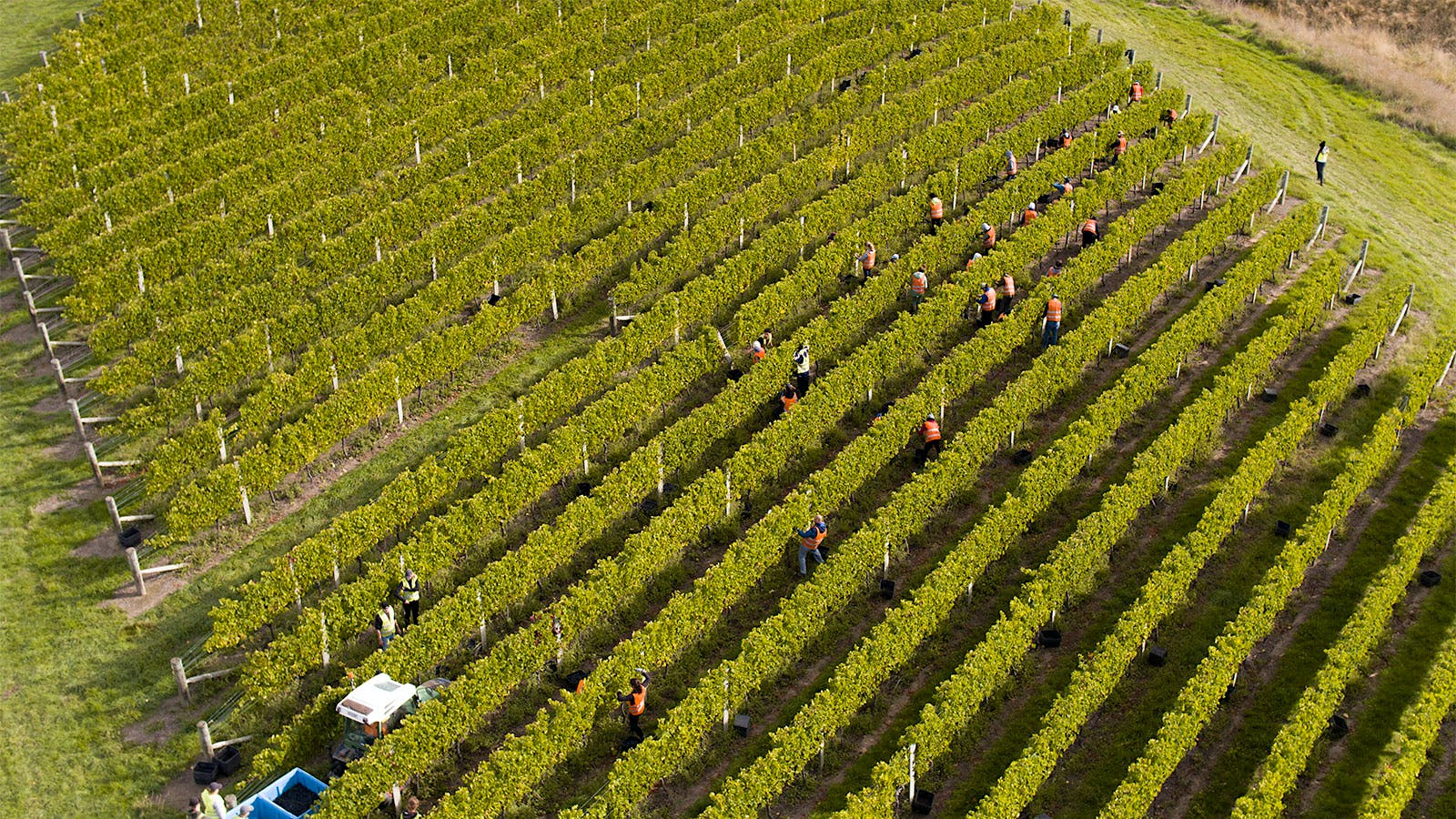