Paris and Rome may reign in terms of Old World charm and romance, but for the adventurous traveler more interested in following their palate, Scandinavia has become an insider’s paradise for cutting-edge cuisine and compelling new wines.

It was on this reputation (and the fact that a flight from New York to Oslo was half the price of that to California) that I recently made my maiden voyage to this stunningly beautiful, well-preserved and conveniently organized region. Denmark, Sweden and Norway, home to the "New Nordic" culinary movement, offer some of the most exciting dining scenes in the world right now; Copenhagen's Noma and Geranium restaurants have earned the brightest spotlights thus far, but world-class chefs are wowing diners from Bergen to Oslo in Norway and Malmö to Stockholm in Sweden.

I was also captivated by Oslo's contrasting modern and medieval cultural influences (don't miss the Gustav Vigeland sculpture installation at Frogner Park) and unique geography—located at the top of the stunning Oslofjord, there are 40 islands within the city limits alone. The modestly sized city (pop. 670,000) is walkable, and the vast majority of the friendly locals speak fluent English.

Seafood, pulled from the Skagerrak Strait and the pristine waters of Norway's many fjords, is the star of the local cuisine, which traditionally relied on preservative preparations like pickling and fermenting. The New Nordic movement, however, has pushed the local culinary scene far beyond pickled herring.

The wine scene here is equally forward-facing, with many trendy wine lists popping up specializing in natural, biodynamic and sustainable wines. (Scandinavia's many eco-friendly initiatives extend to the wine-and-food scene.) Norwegian beer and aquavit, of course, remain popular and worthy pursuits as well. Of particularly attractive note to wine lovers is Norway's wine tax, which is applied as a flat rate to each bottle based on its alcohol content—this means that the tax on a high-priced trophy wine is exactly the same as that of a $10 bottle of the same ABV.

But first, coffee and pastries. I shook the jet lag off—Oslo is six hours ahead of New York—at Åpent Bakeri Tranen in the historic and stylish Grünerløkka neighborhood. It's a bakery by day, offering unique baked goods, sandwiches and coffee. At night, it turns into a hip pizza joint with a large wine selection. If you’re a natural wine enthusiast like me, inquire after the "secret menu" of unlisted bottles for something special and unexpected. Some of my other favorite stops for coffee in Oslo: Supreme Roastworks and Tim Wendelboe, both highly recommended.

Fully restored, I was ready for the main event: The 22-course tasting menu at Michelin 3-star restaurant Maaemo. At its helm is Danish chef Esben Holmboe Bang, who has the honor of being the first chef in Norway to be recognized with 3 stars from the international guide. 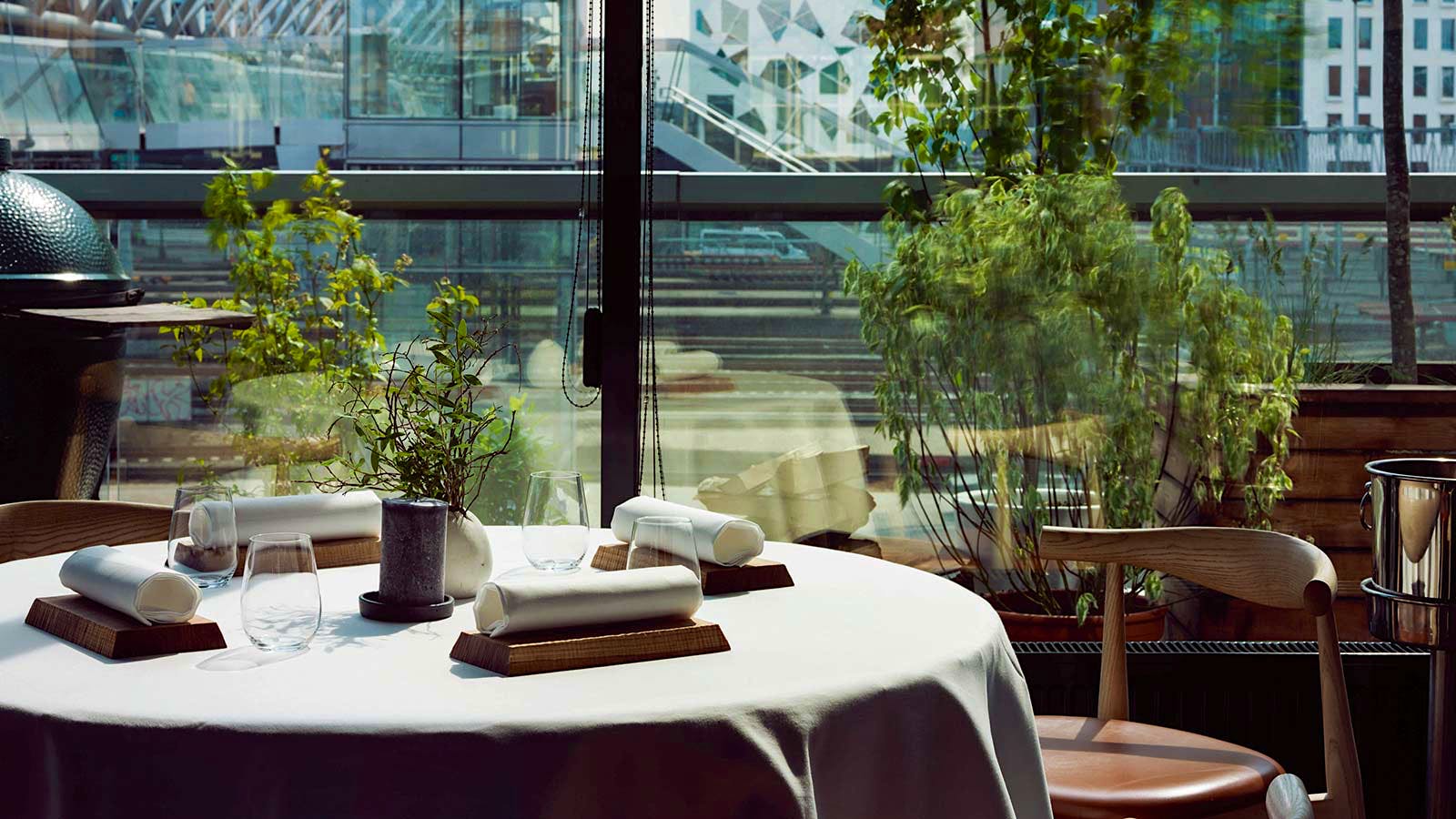 The dining room is elegantly minimalist, in the Scandinavian tradition, with windows overlooking the Schweigaardsgate neighborhood. Waiters and chefs carry meticulously executed and strikingly presented modern but authentic Nordic dishes from the second-floor kitchen, down a curved staircase to the guests. Chef Holmboe Bang exclusively uses organic, biodynamic or wild produce. Like many New Nordic chefs, he is an ardent supporter of biodynamics, to the point that he proudly speaks of how "horns filled with cow shit” influence his cooking.

The seafood-dominant tasting menu featured specialties such as emulsion of Norwegian flat oysters with warm sauce of mussels and dill. I chose Vouette & Sorbée Brut Nature Champagne Blanc d’Argile NV as the main wine throughout the dinner. The distinct and creamy sparkler beautifully complemented Holmboe Bang's signature langoustine cooked in pine butter and glazed with spruce gel. “It’s simply like having Norway on one plate,” says Maaemo wine director Michal Gielas, explaining that the idea is to portray the Norwegian terroir, with the remarkably sized local langoustines presented on boughs of spruce, which forest much of the surrounding countryside. As for that pairing, “the acidity of the Champagne helps to express the natural sweetness of the protein," he says, "and the delicate oxidative notes of vanilla and toast add another layer of complexity to the whole experience.” 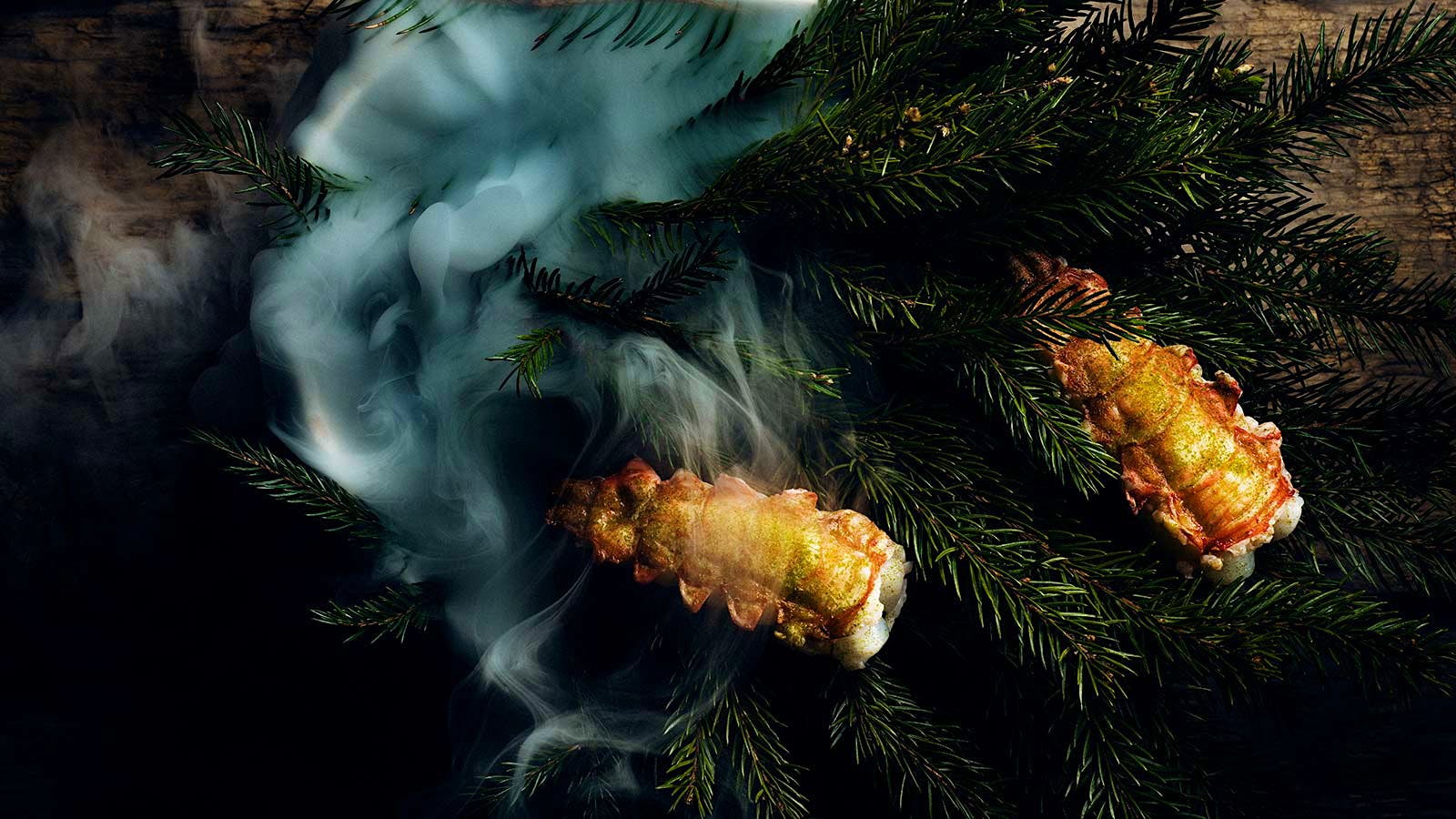 On the edge of Grünerløkka, in the Vulkan building complex, I enjoyed another memorable dinner at Kontrast. The modern gastrobistro, recipient of its own Michelin star, is owned by chef Mikael Svensson. Similar in concept to Maaemo, the focus is on organic Norwegian cuisine. 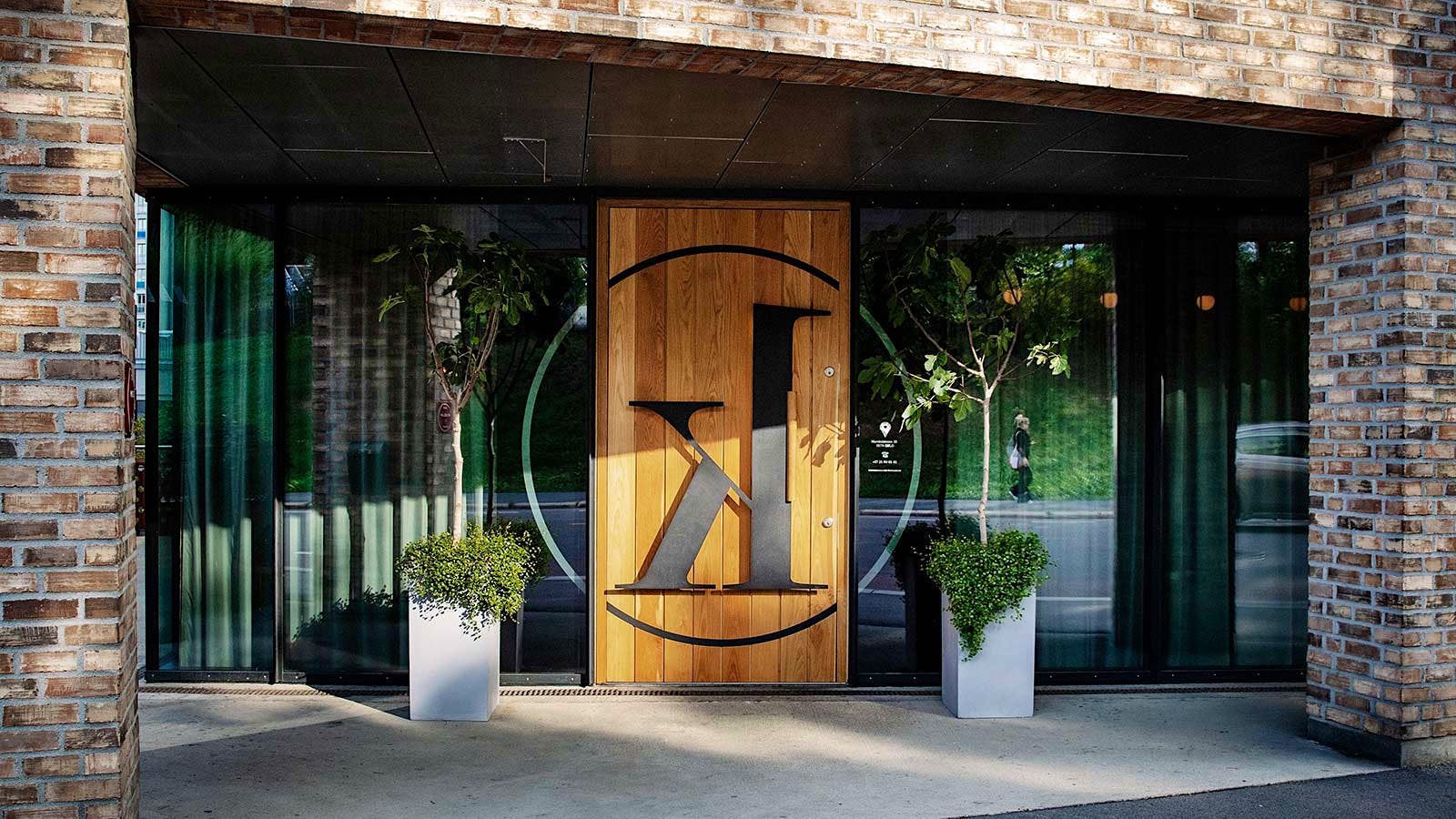 Courtesy of Kontrast
Kontrast is another of Oslo's stars of New Nordic cuisine.

Langoustine was once again one of the stars, but the most interesting dish was the cauliflower with roasted chicken fat with grilled and baked savoy and green cabbage, which paired incredibly with the Arbois. The meal culminated with an innovative dessert and great wine pairing: The bone marrow–infused ice cream with preserved summer berries and rhubarb (an eclectic-sounding but delightful and intriguing creation) erupts with a fizzy rosé, Innocent Bystander Victoria Pink Moscato 2017.

The Oslo wine bar scene is also thriving. Wine Spectator Best of Award of Excellence winner Vintage Kitchen is owned by wine director Heini Petersen and his business partner and sommelier Elisabeth Hagelsteen. Their beautiful space, which spans three floors including a large bar on the first level and reservable private rooms, occupies a house built in the 1920s.

I was welcomed by Hagelsteen, who kindly offered a taste of a few natural wines from California, but I went for an Austrian pét-nat, Claus Preisinger, a perfect mid-day refresher thanks to its modest 10.5 percent alcohol. The lunch menu allure is a tasty selection of smørrebrød, open-faced buttered-rye sandwiches topped with meat, fish, cold cuts, cheese or spreads. The dry, crisply acidic pét-nat was an ideal foil for the rich chicken liver pâté smørrebrød.

Brutus wine bar, with its welcoming, casual, artsy vibe, is a must-stop for natural wine lovers. The staff is friendly and knowledgeable, and willing to pour a taste or two for patrons who want to experience as many wines as possible.

Other dining and wining recommendations include the seasonal Nordic menu at Arakataka and the vinyl record–soundtracked Territoriet wine bar. The latter, another Wine Spectator Best of Award of Excellence winner, impresses for its fair prices and intriguing selection of older vintages.

Two cocktail bars in the city center, Himkok and Andre Til Høyre, offer sophisticated but approachable locally inspired mixed drinks. Check them out for a taste of the traditional aquavit as well as less-traditional flavors like seaweed, cloudberry and rhubarb.

Oslo is an unexpected haven for wine and food lovers, and will mesmerize you with its architecture and charm. Expect all the brilliance of a world-class dining destination, simply packaged in the spirit of Scandinavian minimalism.