Oregon Pinot has become one of the most competitive divisions in the wine game, but Drew Bledsoe is making a run at it. The former New England Patriots quarterback and Washington winemaker specializing in Bordeaux-style reds told Unfiltered about his new wine label, a focus on Willamette Pinot and Walla Walla Syrah, in partnership with longtime winemaker Josh McDaniels. Bledsoe-McDaniels will be launched this fall.

"Our other wineries [Doubleback and Bledsoe Family Wines] are primarily focused on Bordeaux varietals. We have been making Syrah for years now and have been experimenting with Pinot Noir recently, but Cabernet Sauvignon has always been the driver," Bledsoe explained to Unfiltered via email. "We feel like having a winery specifically focused on Pinot Noir and Syrah will be clarifying for our customers and will give the wines a greater sense of purpose and authenticity that they deserve." Bledsoe also said he wants to recognize McDaniels' work with his name on a front label. 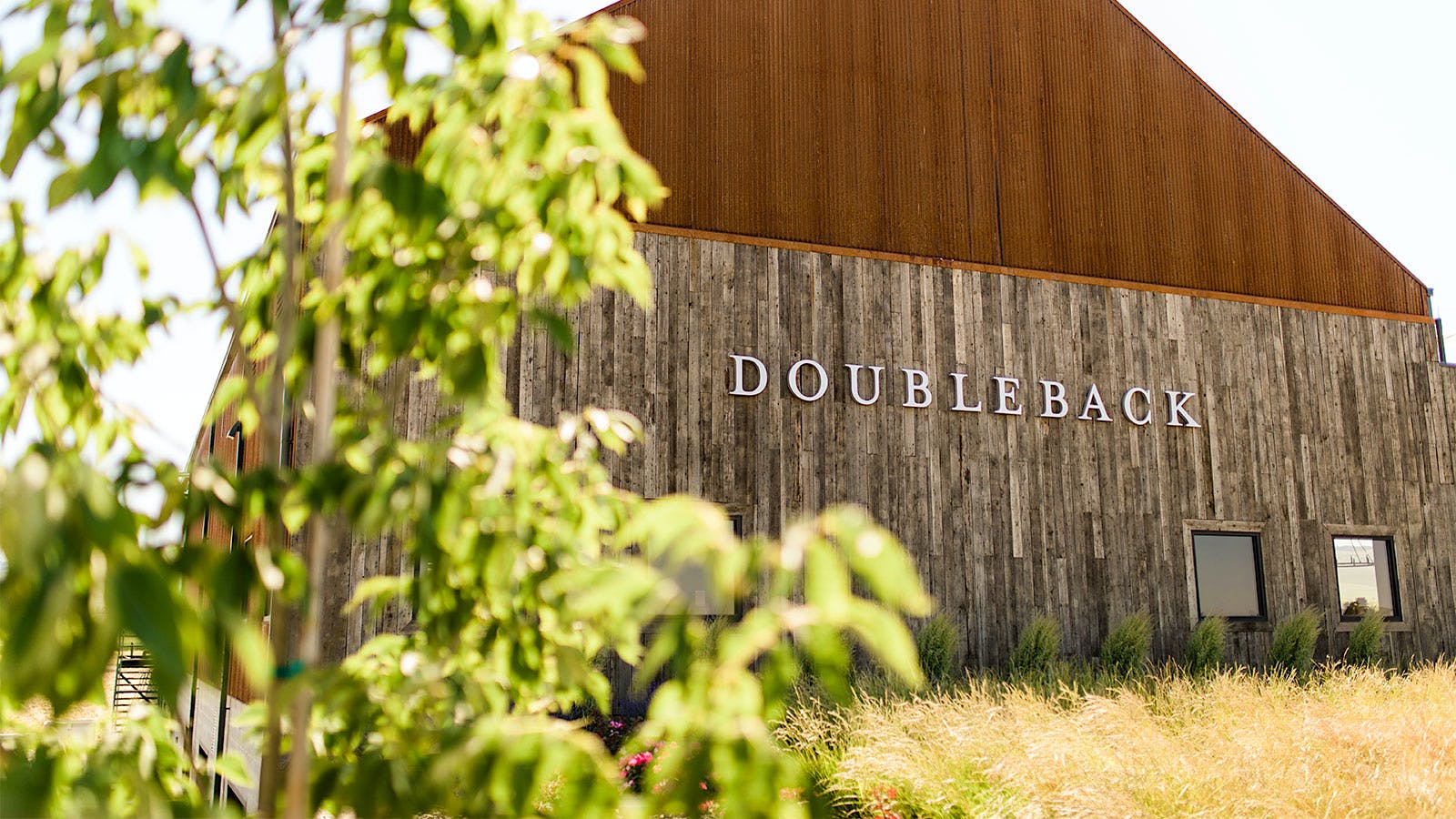 "My wife and I in college would always go to the Willamette Valley to get out of Walla Walla," said McDaniels of the idea behind the Oregon part of the project. "It's a beautiful area, and the wine's really starting to make an impact in our personal cellars. I think both of our wives drink more Willamette Valley Pinot Noir than the wine that we make! So it's kind of a personal affection for the valley and its wines."

Some specifics are still being hammered out, but the first release under the Bledsoe-McDaniels label, slated for this fall, will be a Syrah from the Lefore Vineyard in the Rocks District of Milton-Freewater sub-AVA of Walla Walla; Bledsoe purchased it in 2017, and "right now [the wine] is in 500-liter puncheons resting in our cellars," said McDaniels. The other Syrah will be from a parcel of Bledsoe's estate McQueen Vineyard planted two years ago on "a south-facing slope of terraces that are actually jackhammered out of fractured basalt, on head-trained vines," said McDaniels. "I love Burgundy and the Rhône, too. If I could make something that even remotely resembles Jean-Louis Chave's Hermitage, I'd be so incredibly happy." 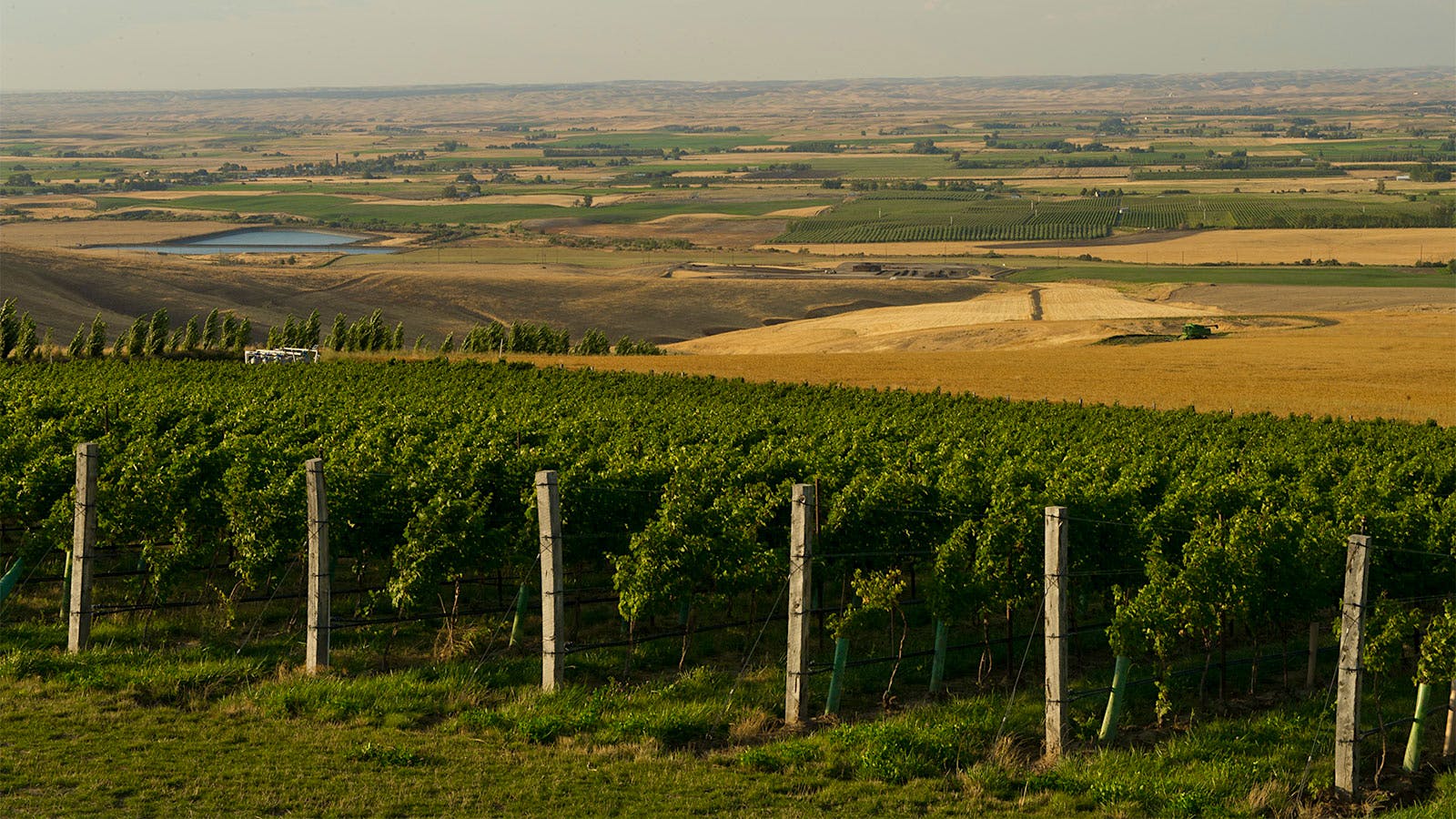 McQueen Vineyard, where the Bledsoe team has planted a terraced parcel of Syrah; Josh McDaniels' polestar for the style is Hermitage. (Courtesy of Josh McDaniels/Drew Bledsoe)

For the Willamette Pinot, McDaniels called on some old friends—he previously worked for Leonetti's Chris Figgins on his Oregon Pinot project—and is getting fruit from an All-Pro lineup of Oregon terroirs as well. The "trial" 2017 vintage is from Ridgecrest Vineyard in the Ribbon Ridge AVA, and for 2018, the team drafted Larry Stone's Lingua Franca estate vineyard in Eola-Amity Hills as well. But McDaniels said the goal is to have a Bledsoe-McDaniels property in the Willamette eventually. 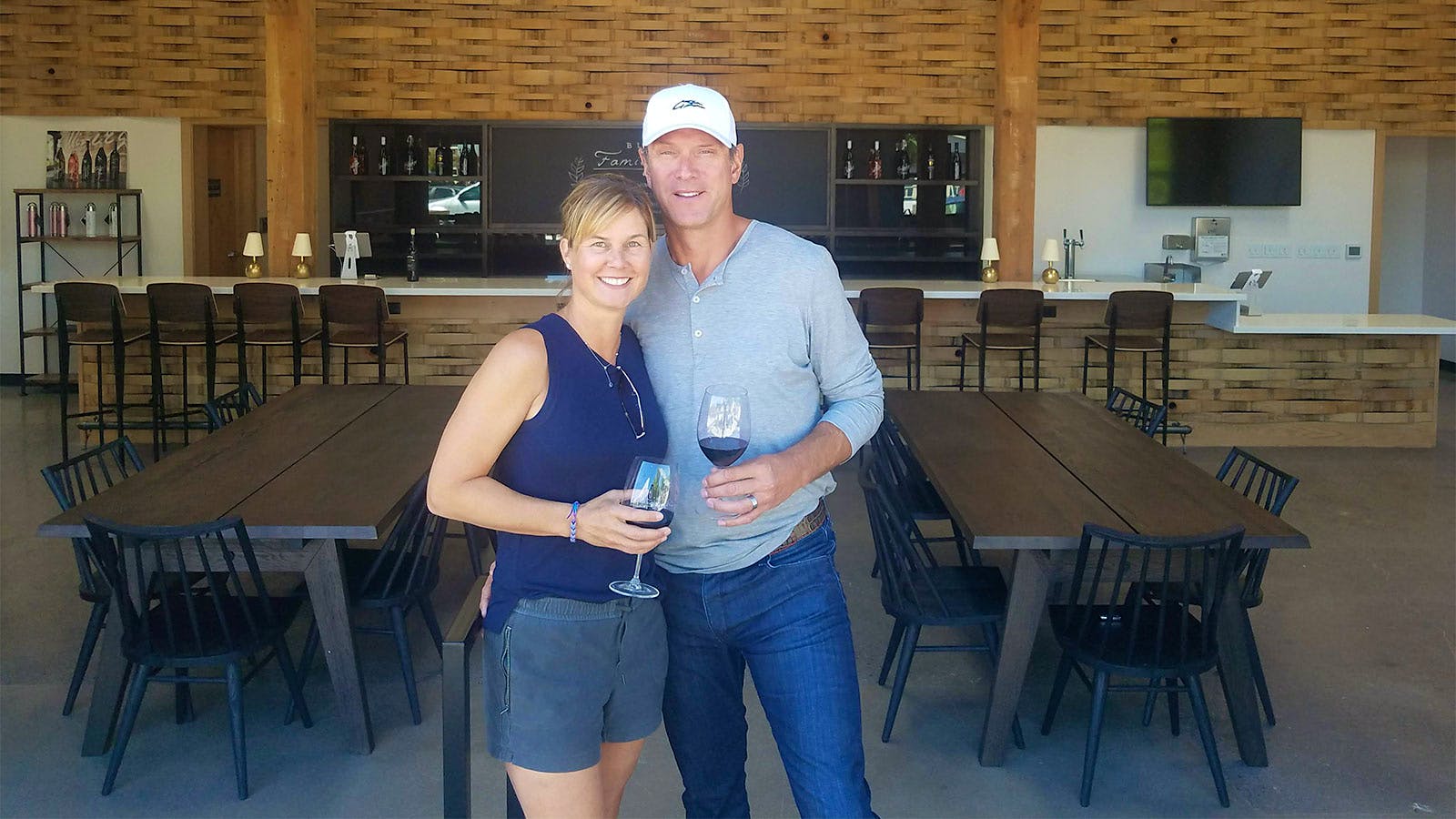 It's been a heady year for Bledsoe already. Last fall, he opened a new state-of-the-art winery in Walla Walla for his flagship Doubleback label (the new wines are also being made there, for now). Last week he opened a new tasting room in Bend, Ore., for his Bledsoe Family label; the eponymous Bledsoe family call Bend home, and the Bledsoe Family line is positioned as the more accessible tier of Washington wines.

"Bend is a huge beer town and we thought it was time that great wine was introduced in the area," said McDaniels. "Our new tasting room there … is trying to be a bit more casual and break down the barriers that some people may have about truly getting into great wine."