When Hurricane Dorian hit the Bahamas Sept. 1, its 185-mph winds left 70,000 people homeless and caused $7 billion in property damage. It was the worst natural disaster in the islands’ history.

World Central Kitchen (WCK), a non-profit founded by chef José Andrés, was among the first responders, and also among the most effective. On Oct. 10, just six weeks after the hurricane struck, WCK announced it had served 1 million meals to Dorian survivors.

“The devastation was enormous,” Andrés said. “Dorian flattened 15 percent of the country. In comparison with the U.S., it would be like if the entire state of California was wiped out.”

The mission of WCK is to bring hot, healthy food to victims of natural disasters. In 2017, it gained global attention for its work in Puerto Rico after Hurricane Maria. Since then, WCK has responded to floods, hurricanes and fires from Florida to California, Venezuela to Mozambique.

Even before Dorian struck, WCK was stockpiling food and building kitchens in the Bahamas. By Sept. 3, Andrés and his team had set up operations on Abaco, one of the hardest-hit islands.

Andrés reported on his efforts via Twitter, where he has nearly 800,000 followers. His short videos introduced survivors and relief workers, surveyed the damage and showcased the work in the lively kitchens. Its efforts are ongoing; donations can be made at wck.org.

In addition to his philanthropic work, Andrés leads ThinkFoodGroup, which runs nearly two dozen restaurants around the country, including newly-opened Mercado Little Spain in New York’s Hudson Yards neighborhood. Andrés will take a break from the Bahamas next week to appear at Wine Spectator’s New York Wine Experience; more information is available at NYWineExperience.com. 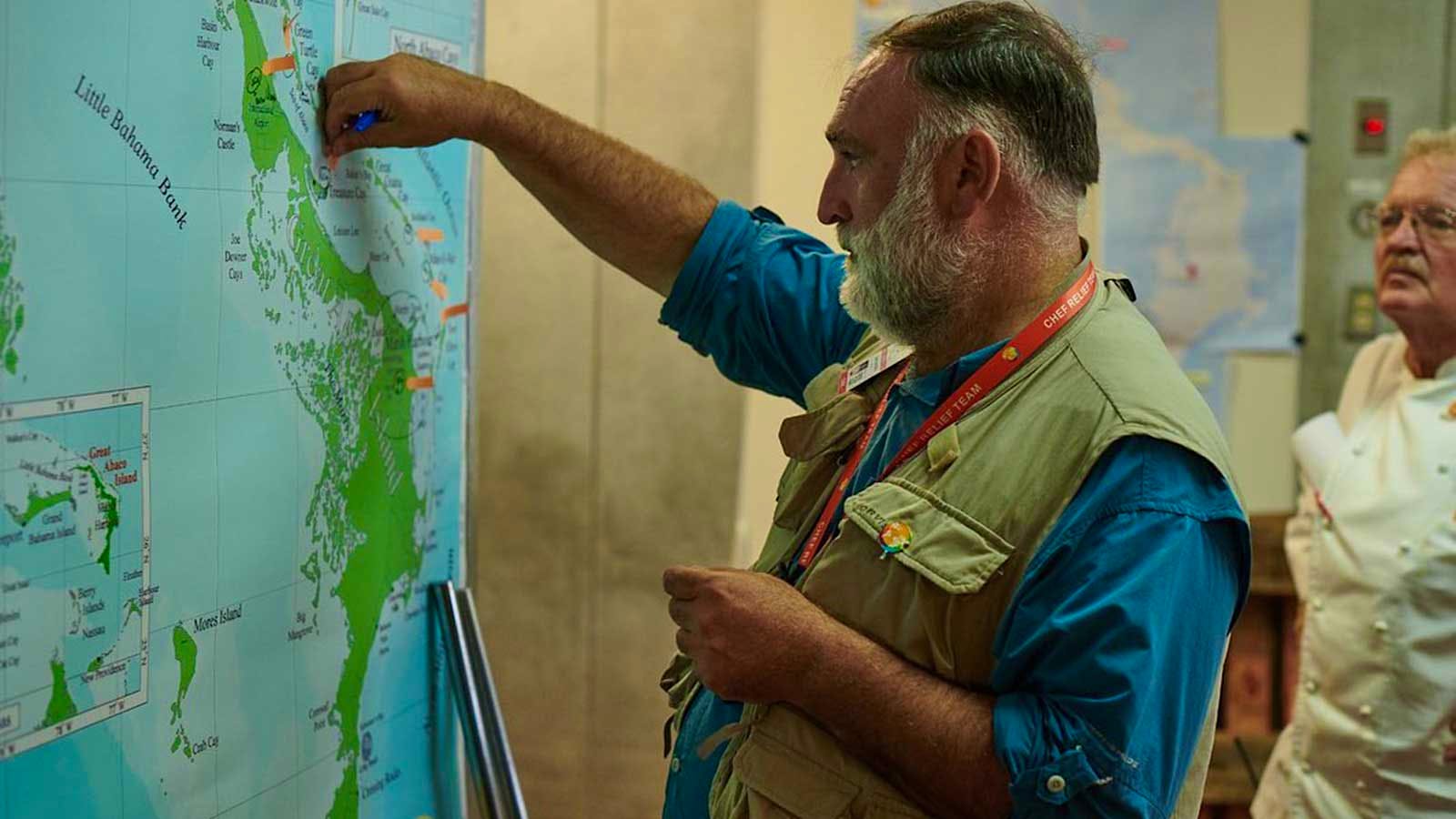