New York's Bedford Cheese Shop has been a local favorite in Brooklyn's Williamsburg neighborhood since 2003, and a new location was welcomed to Manhattan's Gramercy Park in 2012. The flagship location on Bedford Avenue features a full café and wine bar, and both offer about 75 to 100 cheeses, evenly split between foreign and domestic selections. "We take pride in our incredible domestic cheeses," says Bedford cheesemonger and catering director Cat Pickei, "because we have a personal connection to the makers."

Pickei, who joined the Bedford team in 2018, recently provided Wine Spectator with a few tutorials on cutting and wrapping cheese, but it wasn't long ago that a life in cheeseboarding was just a fantasy paired with appointment TV.

"I got into cheese in college," Pickei says. "I would order cheese online just to have for watching Game of Thrones with my friends, and senior year I started actually trying—"trying"—to make cheeseboards, for hosting viewing parties of Westworld." Her game plan had always been to become a lawyer, and she went so far as passing her LSATs and gaining acceptance to law school. "There was an essay question, 'How would you make the world better with your law degree?' and I didn't really have an answer," she says. "I started thinking, 'I could write so much about how I could make the world a better place with food.'"

Pickei had found her calling in cheese, and she moved to New York in search of work behind a cheese counter. She found it at Alphabet City Beer Co., where she learned not just cheese service but beverage retail as well. A year later she moved onto Bedford Cheese Shop, where her passion for not just cheese but hospitality led her down the catering road, where specialty cheeseboards are her, well, specialty.

"My first rule [of cheeseboarding] is make it look pretty," Pickei laughs, "but I always say that there are no hard and fast rules: Use the cheeses that you like, that you think are delicious, and pair them with what you enjoy. It's really about what you feel like doing." She add that she always aims for vibrancy, in terms of a color palette, and textural differences, and don't forget to garnish! Her go-to garnishes are thyme, rosemary, sliced radishes or edible flowers. "I love garnishing with thyme, which is kind of the cherry on top and finishes the board." 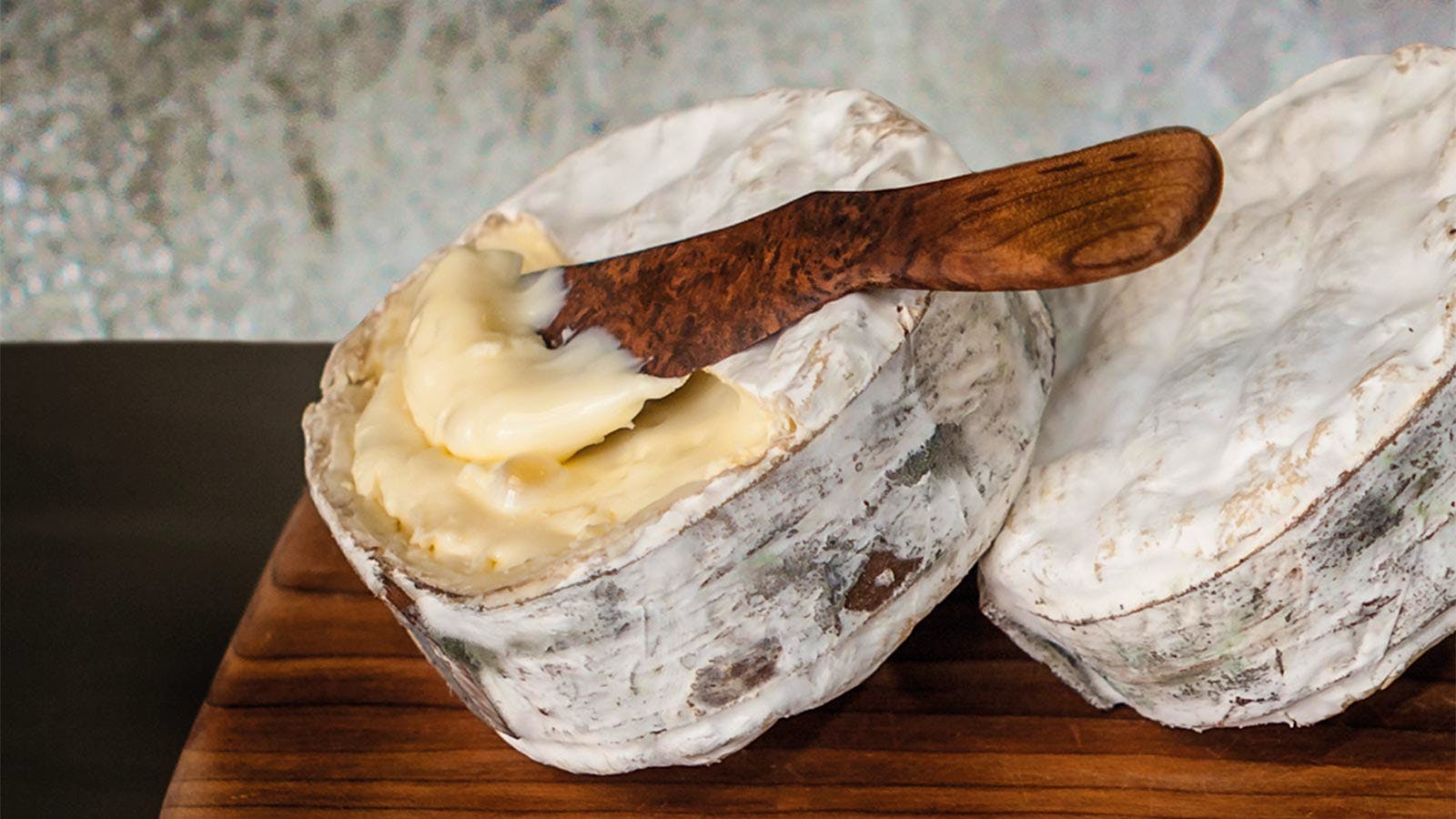 Cat says: Harbison is a soft-ripened cow's-milk cheese wrapped in spruce bark. It's woodsy, vegetal, umami-y, dank and meaty. I recently started to experiment with baking it with a drizzle of white wine on the top, along with some sprigs of sage and thyme.

Cat’s recommended pairing: Pair this cheese with an oaked white wine, like a Chardonnay. The intensity of the wine will match that of the cheese without either overpowering the other.

Wine Spectator picks: Harbison is another bark-wrapped indulgence, like its sister cheese Winnimere, that is rich and mouthcoating, with luxuriant milk fat and plenty of briny minerality. Dry Champagnes like those categorized as brut or extra brut make for a memorable if pricey pairing. Look to Oregon for Argyle's Brut Willamette Valley Vintage 2015 (90 points, $28, 21,000 cases made), which is polished and elegant with ideally complementary brioche notes. 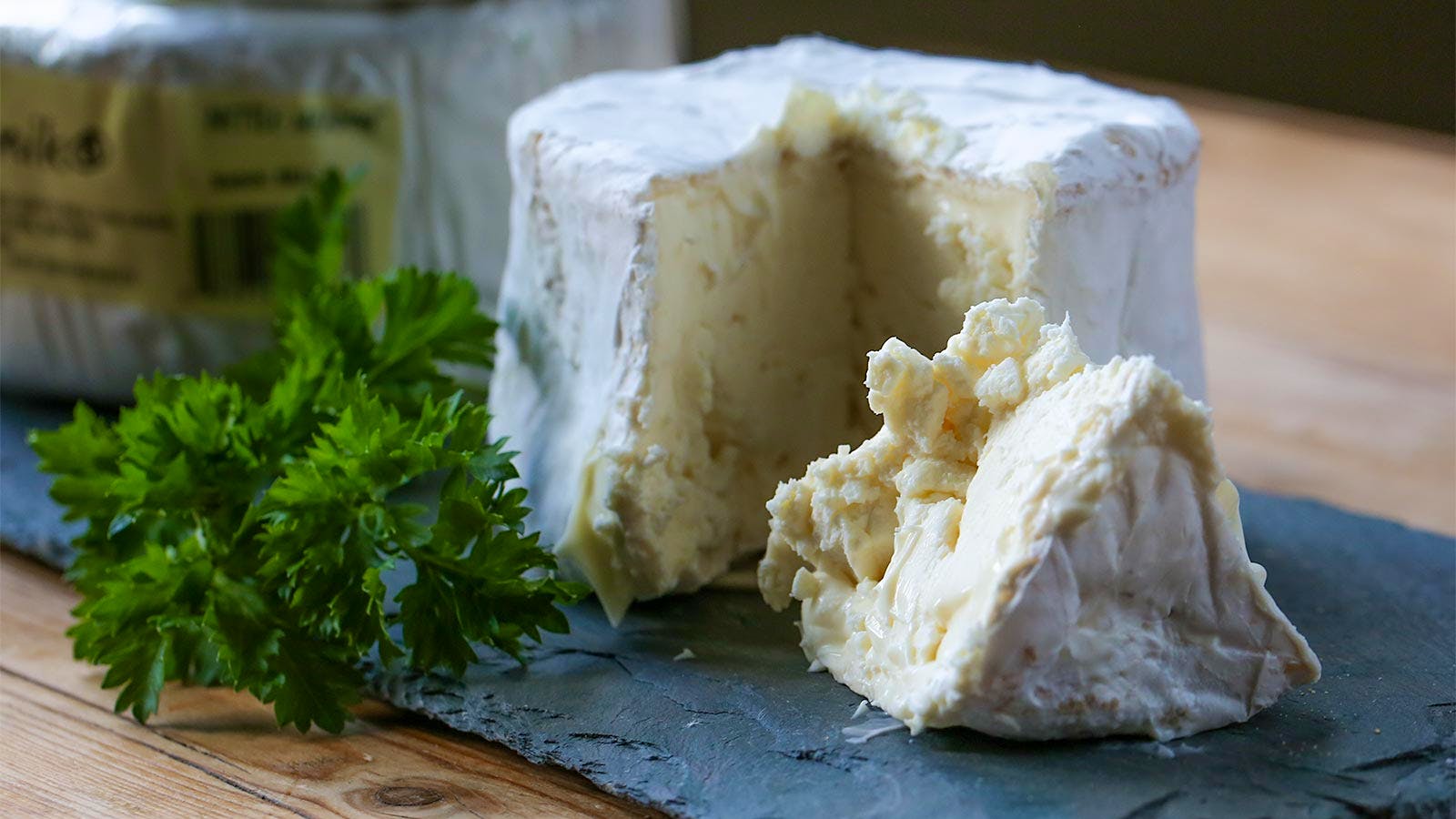 Cat says: Kunik is a bloomy-rinded triple-cream from New York made from 25 percent Jersey cow cream and 75 percent goat's milk. It has a tangy, rich, buttery, slightly salty flavor with a thick, smooth, creamy texture. Decadent, especially when ripe.

Cat’s recommended pairing: Champagne is the most complementary beverage for triple-creams. The crisp, cutting bubbliness cuts through the luscious butteriness of the paste.

Wine Spectator picks: It's hard to beat Champagne with this pairing—a crisp sparkling wine is ideal with a rich, soft-ripened cheese like Kunik. But since we're still in the heat of summer, try it with a crisp, structured rosé, like those from Tavel, Bandol and Provence, including M. Chapoutier Côtes de Provence Rosé Grand Ferrage Mathilde Chapoutier 2018 (89 points, $25, 5,800 cases imported) and Hecht & Bannier Côtes de Provence Rosé 2018 (88, $18, 13,000 cases imported). 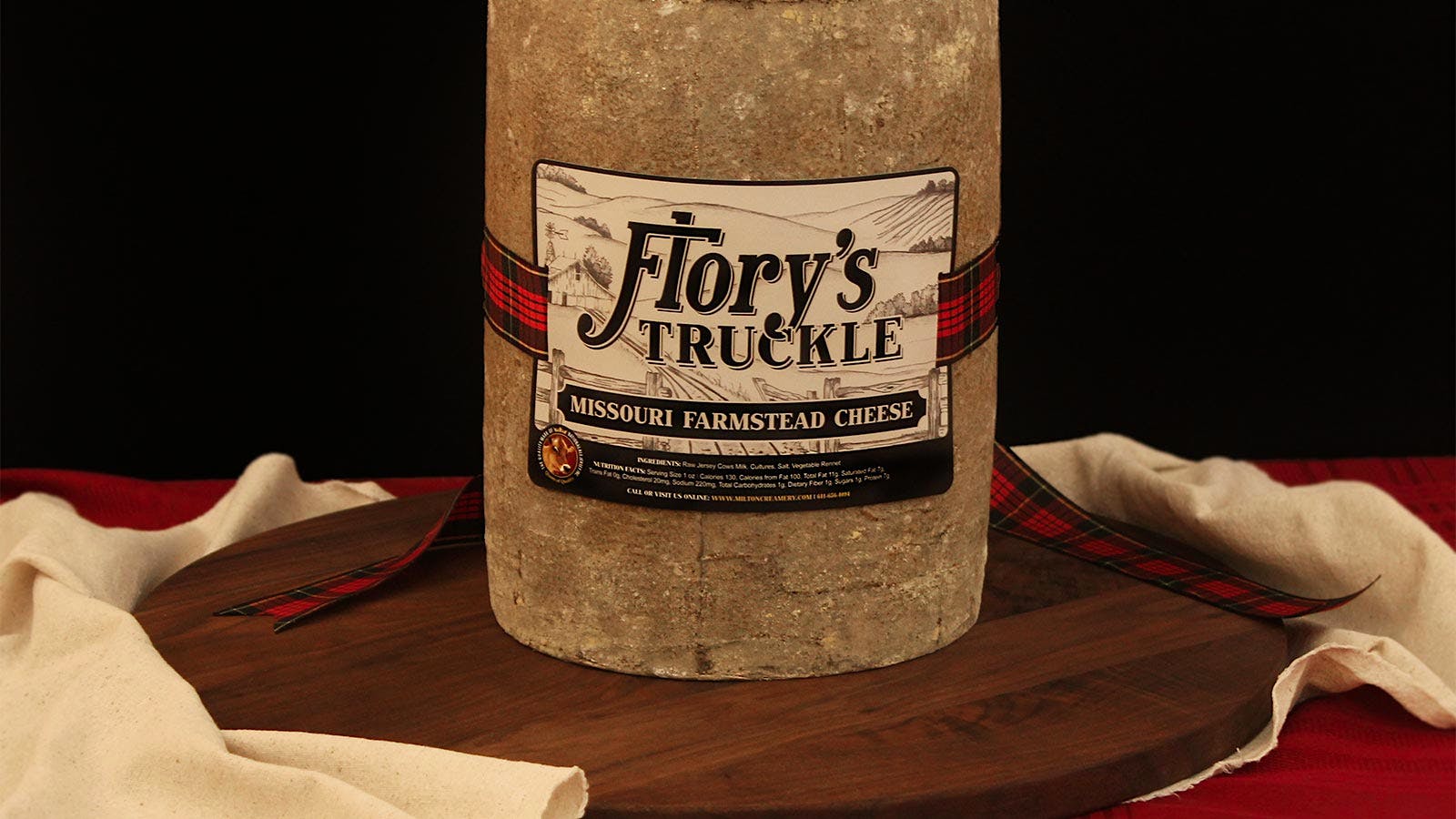 A "truckle" is the traditional cylindrical cheddar wheel. (Courtesy of Milton Creamery)

Cat says: The milk for Flory's Truckle comes from the Flory family farm in Jamesport, Mo.; the cheese is then aged at Milton Creamery in Iowa. Made in the traditional British style, this American cheddar is rubbed with lard, clothbound and aged. Made using raw cow's milk, the cloth allows the cheese to breathe while aging and results in an appealing dry, crumbly texture. The taste is fruity, grassy, and surprisingly creamy for how crumbly it is.

Wine Spectator picks: This is one of those remarkable farmhouse cheddars with an intensely flavored paste that leans toward dry and crumbly as it ages. As a complement, look for something particularly juicy and mouthwatering, like lighter-bodied Pinot Noirs and Merlots, or a Gamay from the Beaujolais region, like Louis Jadot Beaujolais-Villages 2017 (86 points, $14, 169,000 cases imported) or Georges Duboeuf Beaujolais-Villages Flower Label 2017 (84, $13, 28,000 cases imported). Or, you know, Champagne is also great.