When we last checked in with Charles Bieler, the vintner was just embarking on a 60-day, cross-country tour in his bright pink 1966 Cadillac to promote his rosé wines. If you've been following along his journey on Instagram, you know that the trip was an #AllDay adventure 24/7, filled with good friends, great food, tons of wine and cool cruising. Until Sunday.

"I was in my room and heard a boom; then our tour manager came yelling down the hallway," Bieler told Unfiltered via email. "I rushed outside, and saw flames engulfing the front of the car. The fire department came, the whole front half is melted and charred—it’s totaled." Bieler was just days from the finish line. 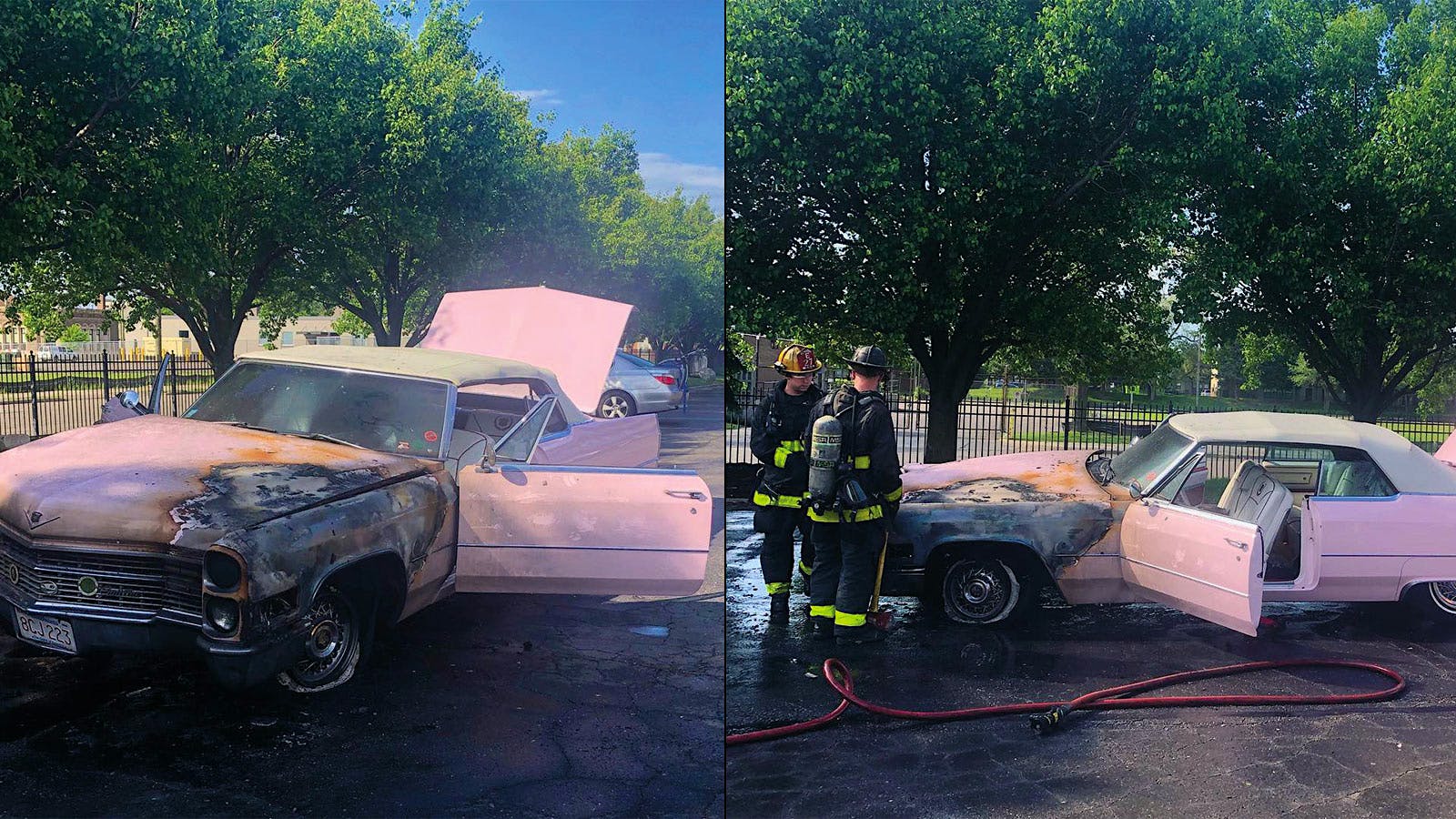 Courtesy of Charles Bieler
…and unto Detroit shalt thou return.

Bieler and his travel companions had taken the car in to get detailed earlier that fateful day; they were in Detroit, the same city that birthed the car 53 years ago. "The best we can figure is that we’d had the fuel filter swapped out, and that maybe it wasn’t properly attached," Bieler said. Luckily, nobody was harmed in the explosion, but Bieler is pained by the loss of his trusty travel companion. "At first, I couldn’t believe it—just shock," he said. "You know, that car meant a lot, represented a lot to me."

The car certainly held a lot of memories from the past few weeks and 30-plus states through which it was driven. "There have been so many highlights, but real standout moments include cruising the California coast, meeting [rapper] Paul Wall in Houston, an all-out party at a crawfish boil after Jazz Fest in New Orleans, partying with drag queens in South Boston," Bieler said. But the best part was seeing reactions to the Caddy: "Everywhere we went, people waved and smiled. In divisive times, I really think this car was something that helped bring people together." It is not salvageable. 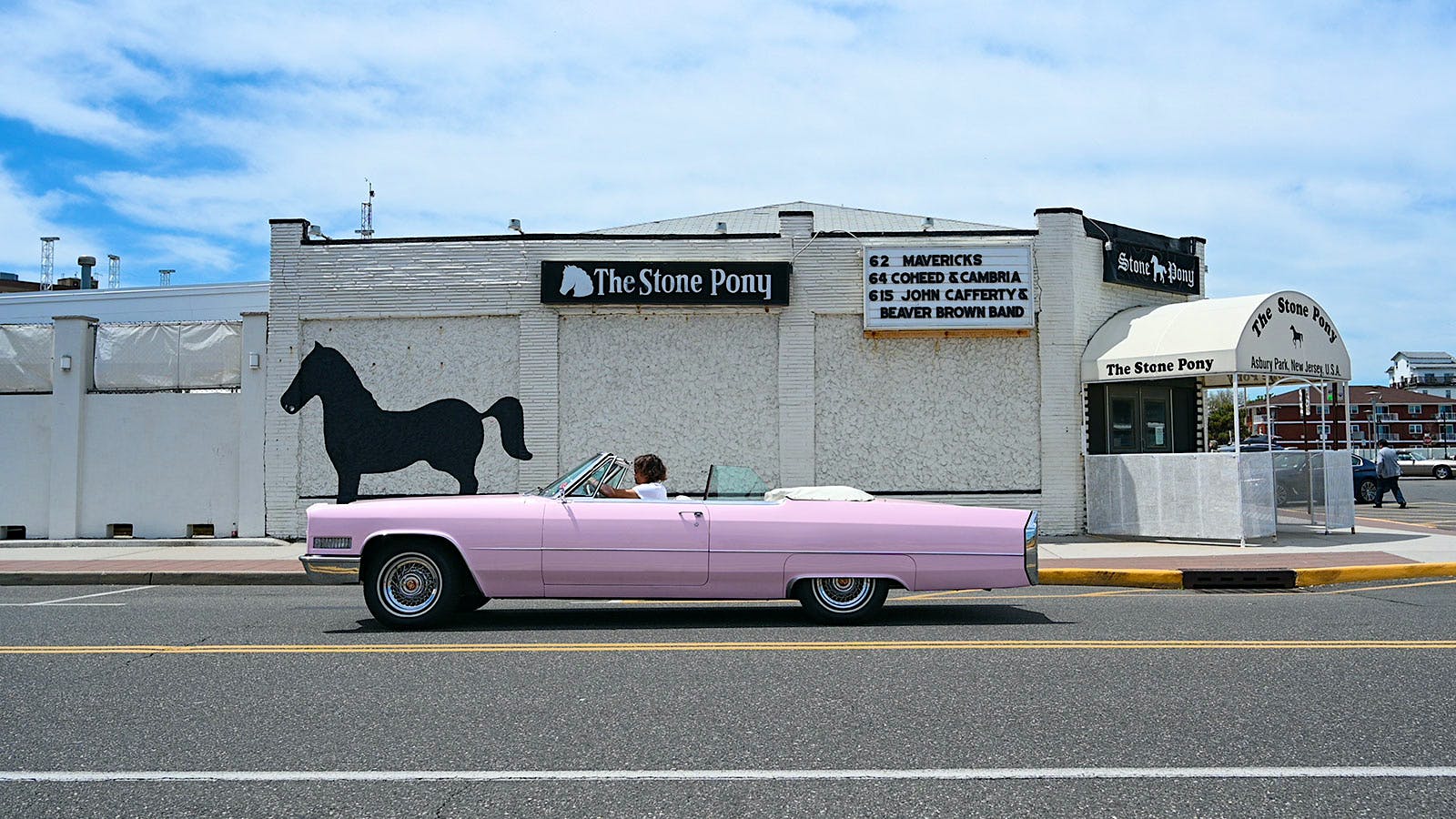 Bieler and company will finish the tour, which culminates next week in Aspen, in "a much less-inspiring rental car," he said. "But we carry the Caddy with us in spirit."

Last year, we got an inside look at the newly renovated Napa home of Sister, Sister star Tamera Mowry-Housley, and her husband, Adam Housley, a former Fox News correspondent. Now that they're settled nicely in the heart of wine country, the couple, who co-own Century Oak Winery in Lodi with other Housley family members, felt the timing was right to open a tasting room in Napa. The two gave Unfiltered all the deets about their new digs that opened this week. 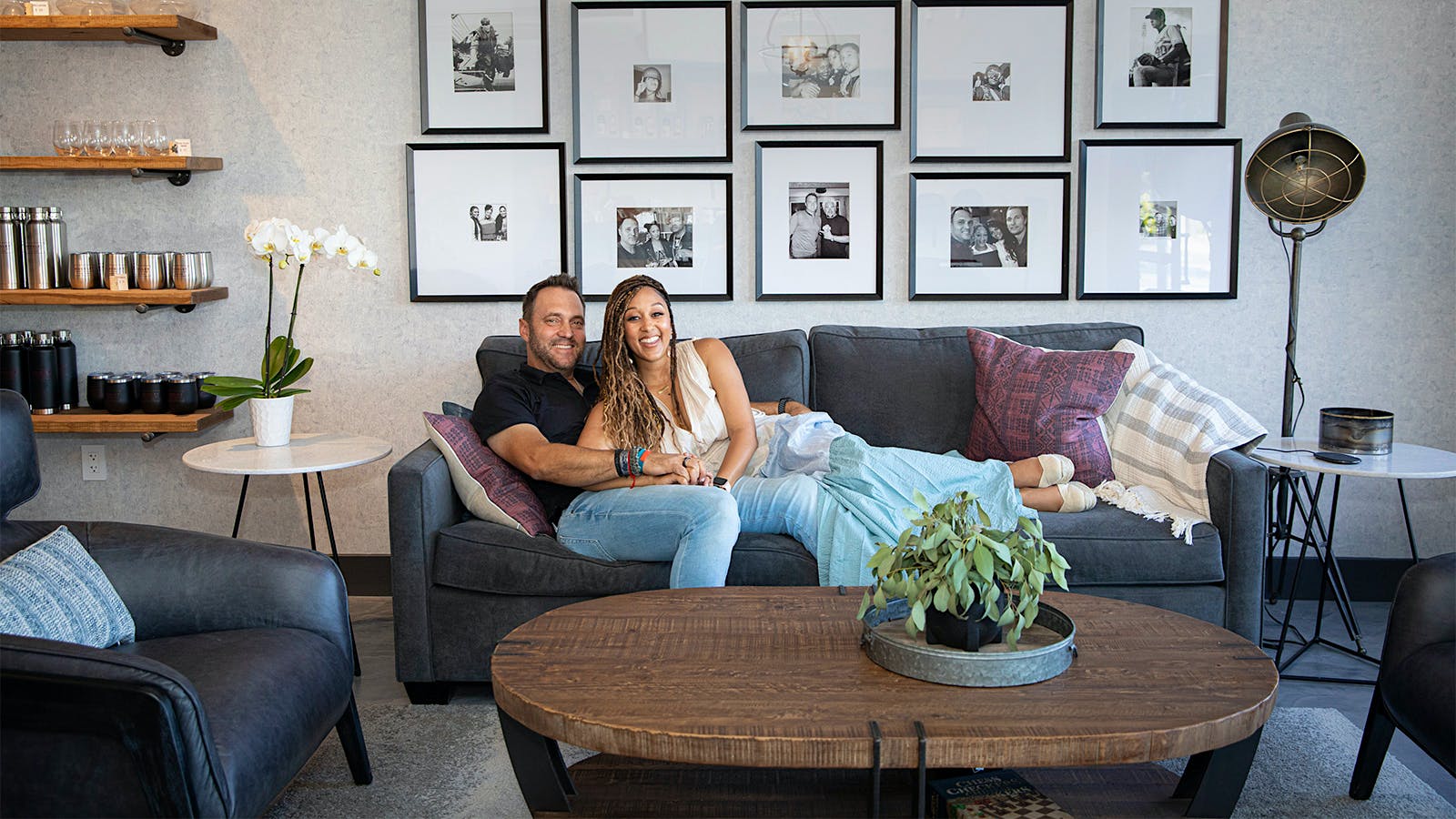 "We grow [grapes] in Napa, we have since 1978, so the idea was: Well shoot, it makes sense to do a location in Napa because some of our wines are [from here]," Adam told Unfiltered. "[Lodi and Napa] have an obvious brother and sister type relationship anyway."

The tasting room primarily showcases wines from the family's Century Oak and Housley Napa Valley labels, but the pair also plan to pour wines of their friends—friends like rapper-vintner E-40 and retired NFL All-Pro–vintner Charles Woodson.

Tamera, who currently cohosts the Fox talk show The Real, brought her formidable interior-design skills to the new space. "I just wanted it to be family-friendly," she said. "It's kind of like an extended version of our home; it's our way of saying, 'Welcome, and sit down, relax and enjoy a glass a wine.'" She decorated the room with photos of the Housley family and has games and toys on hand to occupy kids while their parents taste. There's also a special part of the tasting room called "the spiritual wall" that's dedicated to the couple's niece, Alaina, a victim of the Thousand Oaks shooting in November 2018; the family also started the mental-health charity Alaina's Voice. 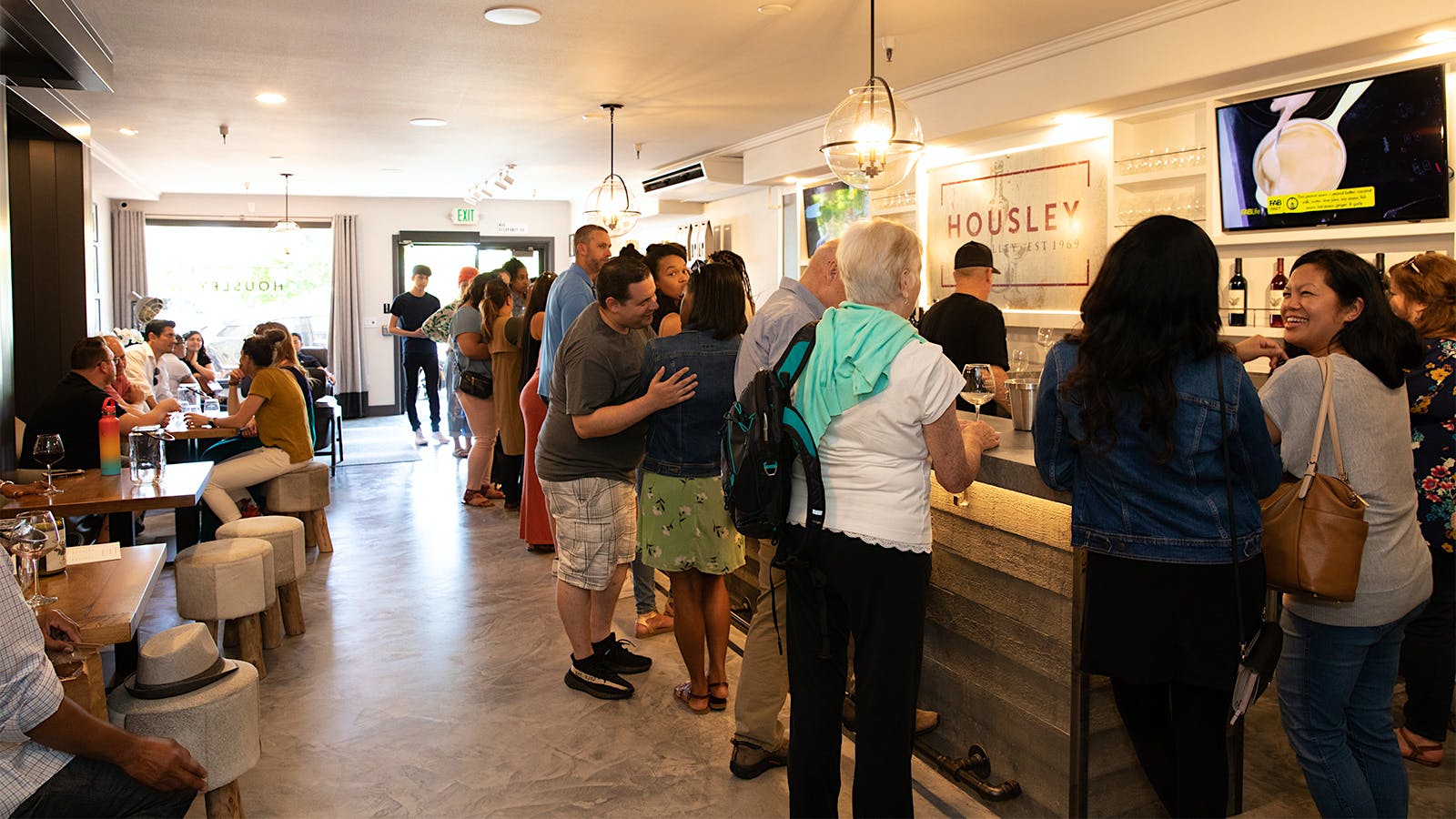 Christie’s is auctioning off the oldest wines the company has ever put on the block this week in its Finest and Rarest Wines and Spirits sale in London: two bottles of red wine found in the wreck of a 17th-century German ship off the coast of Hamburg in 2010. 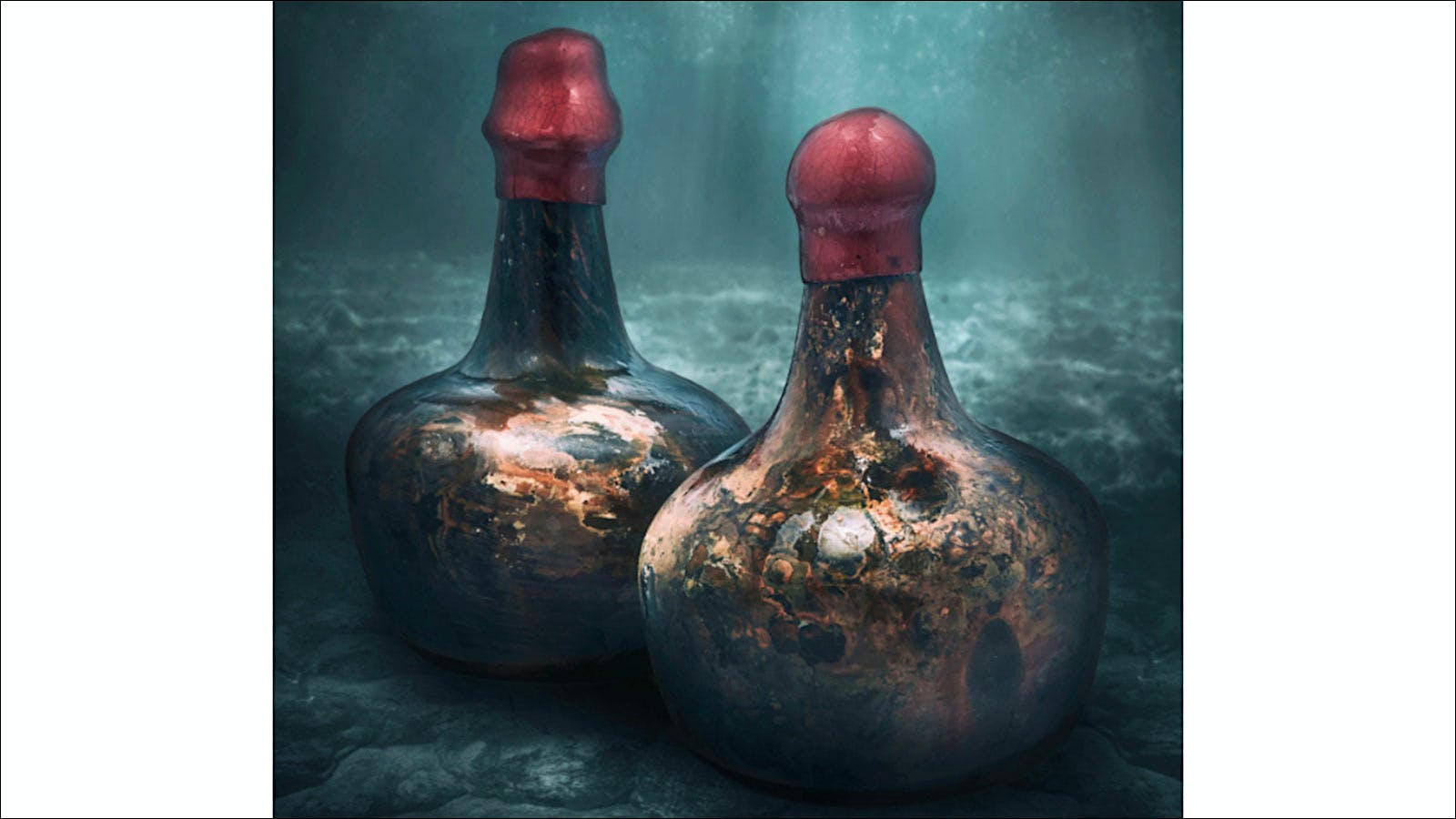 Courtesy of Christie's
The voyage was thought to be history's first #RoseRoadTrip.

Professor Regis Gougeon of the University of Burgundy analyzed the find in 2016, confirming the bottles indeed contained (contain?) “a grape-based beverage,” based on finding tartaric acid, resveratrol and "tannin degradation products." Analysis of the bottle shape and cork led the researchers to date the bottles to around 1670-1690, yet Gougeon still found traces of ethanol after 350 years of aging. So, a real hearty red.

Christie’s put the estimated sale price on the two bottles at between $32,942 and $38,010, and, since it's not a fortified wine, deemed its drinkability "questionable"—but, of course, only one way to find out.

Turns out more than one flying winemaker has a deep World War II connection: Siblings Jean-Charles and Nathalie Boisset are releasing a wine to commemorate the 75th anniversary of D-Day today and to honor their grandparents, who served in the French Resistance during the war. 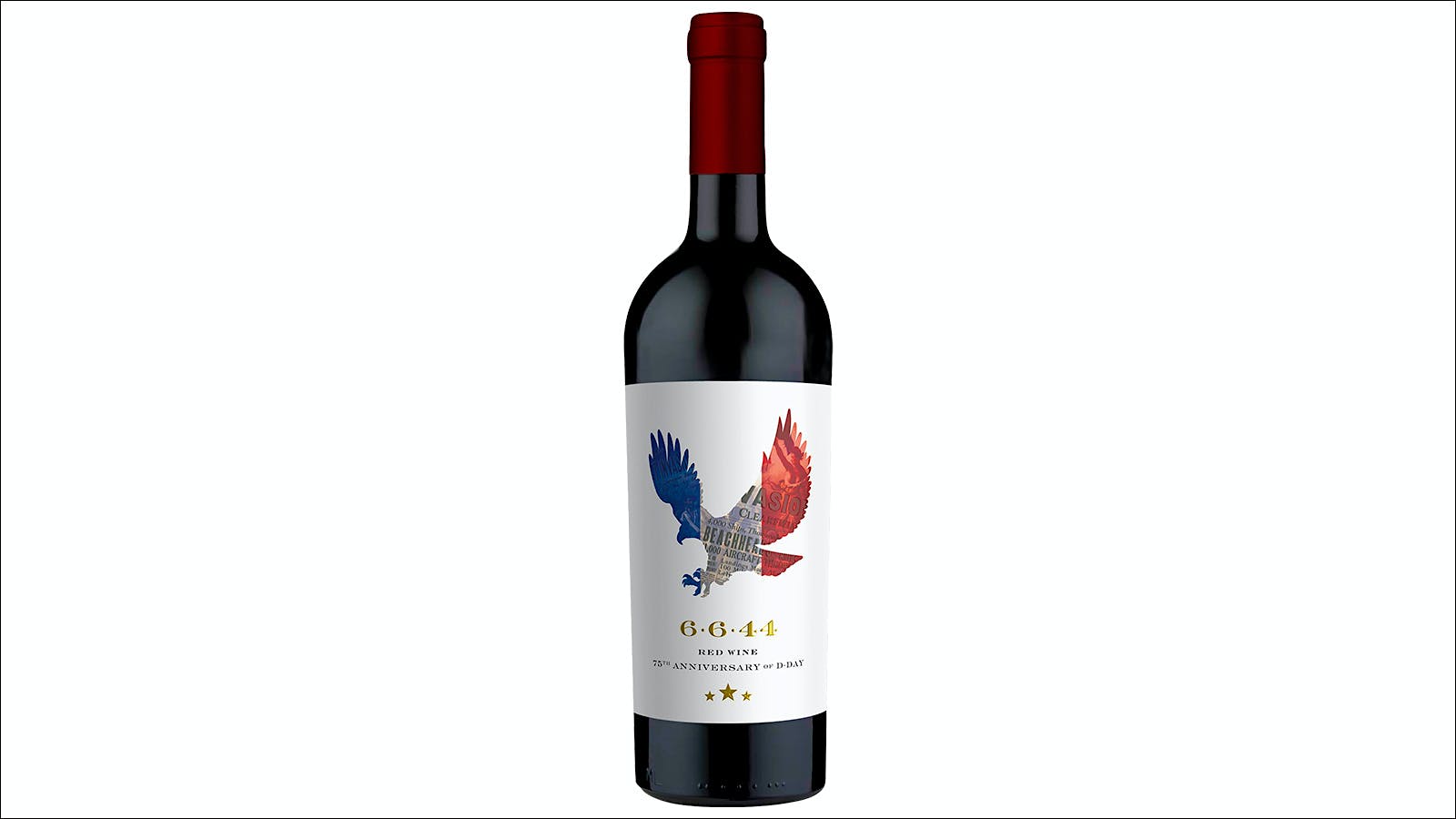 "Our grandparents served in the Resistance in France on the side of freedom and felt a close connection to the American soldiers that came to their aid," said Jean-Charles in a press release. "Seventy-five years later, with this magical international blend from French and California grapes, we begin another chapter of celebration, commemoration, peace and commitment to our common culture and values."