This white grape takes its name from a village in the Mâconnais region of Burgundy in France. It remains widely grown there today, but the variety became so popular in the 1970s that for a time it became nearly synonymous with "white wine" in the U.S. Today, almost every wine-producing region in the world grows Chardonnay.

This early-budding and early-ripening variety is relatively easy to grow, explaining its attractiveness to winemakers. The best soils for its vines are limestone, chalk and calcareous clay. The main appeal of Chardonnay lies in its versatility: Its ability to translate terroir, or a sense of where it's grown, and respond positively to a wide range of winemaking techniques have bolstered its popularity among growers and winemakers.

Cool-climate Chardonnays tend to have a leaner profile, with fresh citrus, orchard and stone fruit flavors like lemon, apple, pear and peach. These styles are mostly found in France—Burgundy, of course, but in other areas too, such as Champagne, where Chardonnay plays a major role in the bubbly's blend. Chardonnays from warmer climates show riper fruit; California is the best-known producer of New World Chardonnay, but Oregon and Australia also make high-quality versions. Winemakers across the globe can choose to employ malolactic fermentation, lees stirring or oak aging, which impart notes of butter, cream, toast and baking spices. 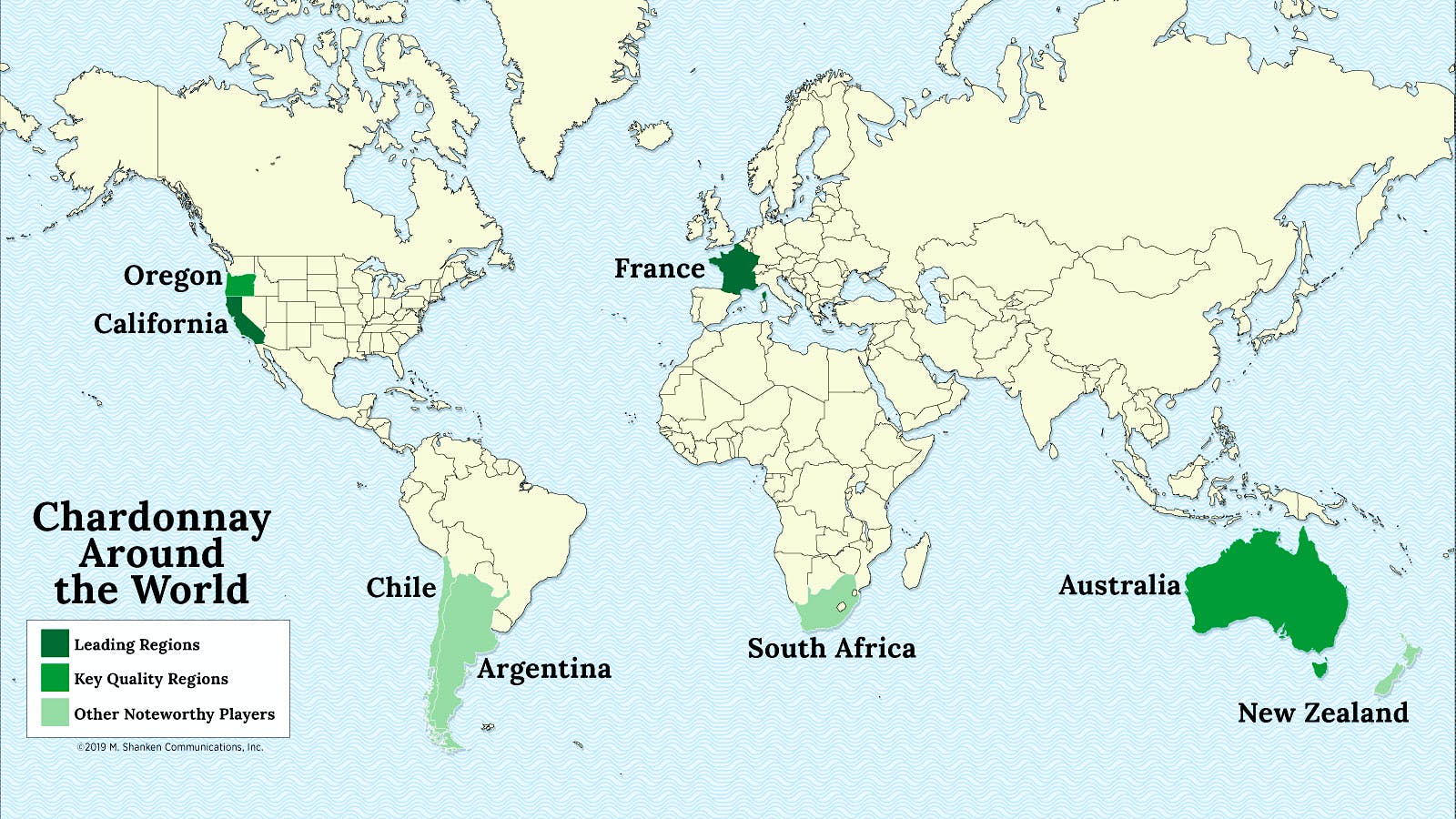 For more on Sangiovese

Get scores and tasting notes for recently rated Chardonnays