It can be hard to imagine the Crusaders without their chain mail, but the Europeans who set up forts and fiefdoms in the Levant lived much as their counterparts to the north did in the 12th and 13th centuries A.D., trading, farming, praying—and drinking wine. The recent discovery of the largest-yet-found Crusader winery, possibly the hub of winemaking in the northern part of the Kingdom of Jerusalem, could shed new light on how the Crusaders worked, lived and played.

"Before this, we didn't know almost anything about this kind of industrial agriculture," said lead archaeologist Dr. Rabei Khamisy of the Zinman Institute of Archaeology, University of Haifa. "And now we just know more and more."

Khamisy and his team have uncovered two 129-square-foot treading floors in the town of Mi'ilya in the northwest of modern-day Israel. That's three times the size of the next-largest Crusader-era winery that has been found. The excavation has also yielded a second, larger room in the complex dating to the Roman era, evidence of a third room, and shards of ceramic that appear to be from storage vessels for liquid. There was likely a second floor as well at one point; the Crusaders built their wine presses indoors, probably because that's how it was done in the parts of Europe they came from, where it rained.

The Kingdom of Jerusalem was founded by invading Europeans during the First Crusade in 1099 and lasted nearly two centuries, at one point stretching across modern Israel and southern Lebanon. The winery complex surfaced "by chance" in 2017 when a businesswoman invited Khamisy to dig under her house. Mi'ilya has a Crusader-era castle, but no other archaeological evidence of a surrounding town and urban economy had been found. The castle was in disrepair, and Khamisy was leading a local effort to fund the preservation and excavation of the town's heritage. One woman, Salma Assaf, owned a few Ottoman-era houses she was preserving with Khamisy's help and converting into a modern restaurant and inn, and happened upon rubble under the old foundations that suggested something even older.

"The excavation was by accident. There was no intention to dig under the ground," said Rasha Assaf, Salma's daughter. But Salma had "passion" for the heritage of Mi'ilya, "so all the family made a very adventurous investment, let's say," laughed Rasha; the family funded the excavation themselves.

When Khamisy arrived to take a look, "in the first digs of the soil there, I found a big piece of hydraulic plaster," he said. In antique architecture, such material is evidence of waterproofing. "So I told Salma, there should either be a water system or a wine press." His team ultimately found the two treading floors paved with stone slabs, surrounded by plaster walls. But that's not quite a whole winery. "There's another exceptional thing in this site—I don't know of any other wine press where you don't have a collecting vat for the first fermentation." 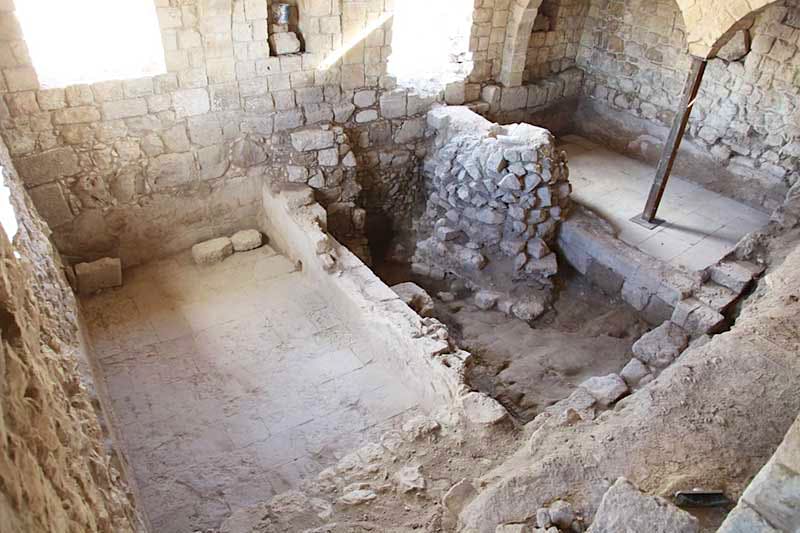 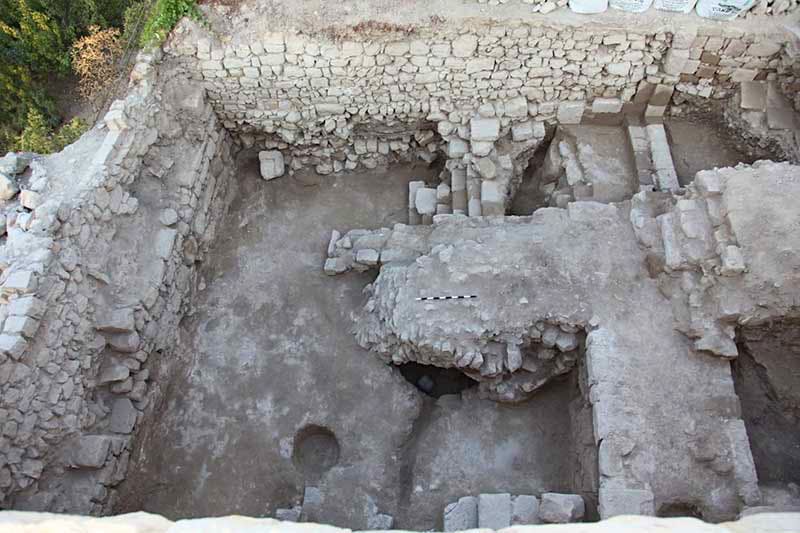 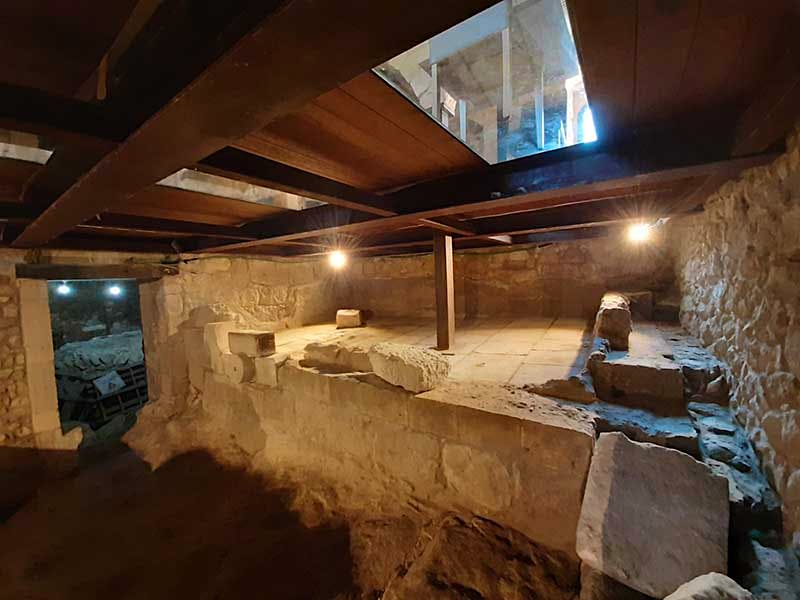 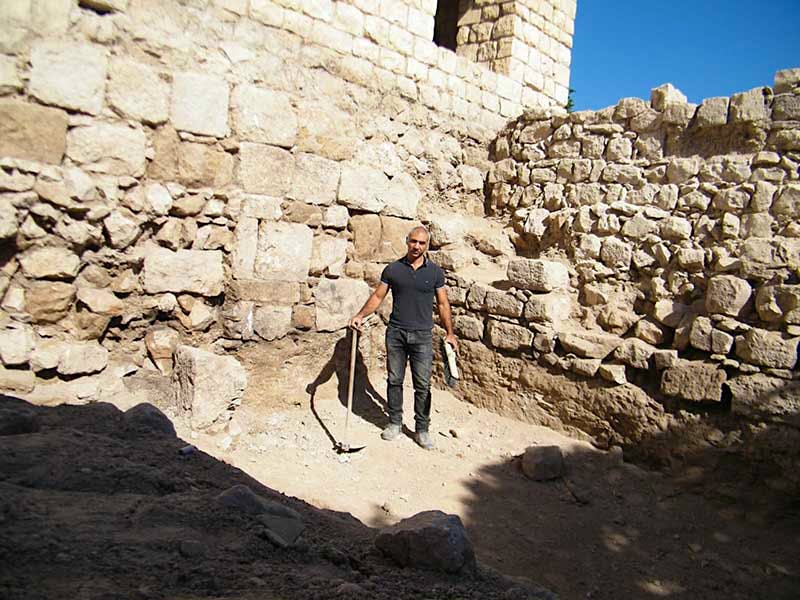 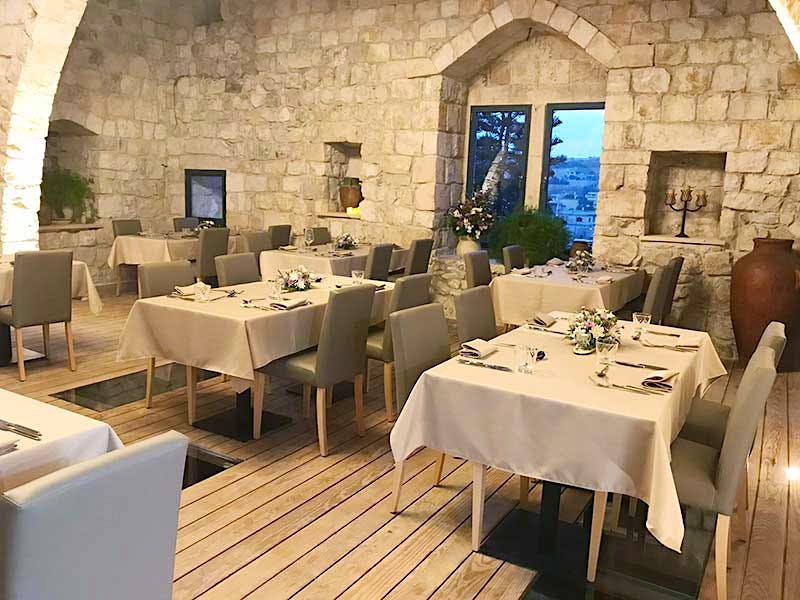 Khamisy theorizes that the amount of liquid coming off the presses was too much to contain onsite, which led him to a hypothesis about the local wine economy. In documents of the era, "we have lots of mentions of vineyards: The lords have vineyards, the local people have vineyards. Everyone could buy a vineyard or plant a vineyard." Area grapegrowers could bring their crop to the Mi'ilya winery to press it, he believes; they'd pay a portion, perhaps 20 percent, to the owner, for use of the facilities.

The winery owner might then ferment his share in wooden vats or drums in the adjoining rooms at Mi'ilya, while his clients would take their juice home to ferment and finish their wine. Earlier excavations at another Crusader-era site near Jerusalem turned up 13 residences with small wine presses inside, a clue that such home winemaking was typical. Khamisy hopes to find preserved grape material to ascertain what sort of wine the Crusaders drank.

Previously, there was only written evidence of any settlement around the Mi'ilya fortress, so the discovery has broader implications for Mi'ilya's place in the Crusader economy. "To find such a thing in an excavation, it's not like finding it in historical accounts or a survey," said Khamisy. "And also the wine presses that I found were built in a very high quality, and their style is exceptional. So we know not only do we have a Frankish village, but that it was a very important Frankish village. Mi'ilya was probably the main wine producer in all the northern part of the kingdom."

In the mid-13th century, the Mamluks conquered Mi'ilya and promptly built over the press, whose services were no longer needed by the Muslims. But with the excavation complete, it has found new life as the showpiece of Château du Roi, the wine-focused restaurant complex just opened by the Assafs last month. Diners can look through the glass display floor to see the ruins where wine folks trod 800 years ago.