There are plenty of once-in-a-lifetime wine experiences to be had at New York’s many extravagant restaurants, but sometimes even the fussiest wine lovers crave something a bit more relaxed. At these nine Restaurant Award winners around the city, you don’t have to choose between quality and casualness. With inexpensive-to-moderate pricing and informal atmospheres, these low-key spots with top-tier wines are sure to become your go-tos.

Discover more New York wine destinations in our guide to the city’s top restaurant wine lists, and browse all the Restaurant Award winners located across the five boroughs. 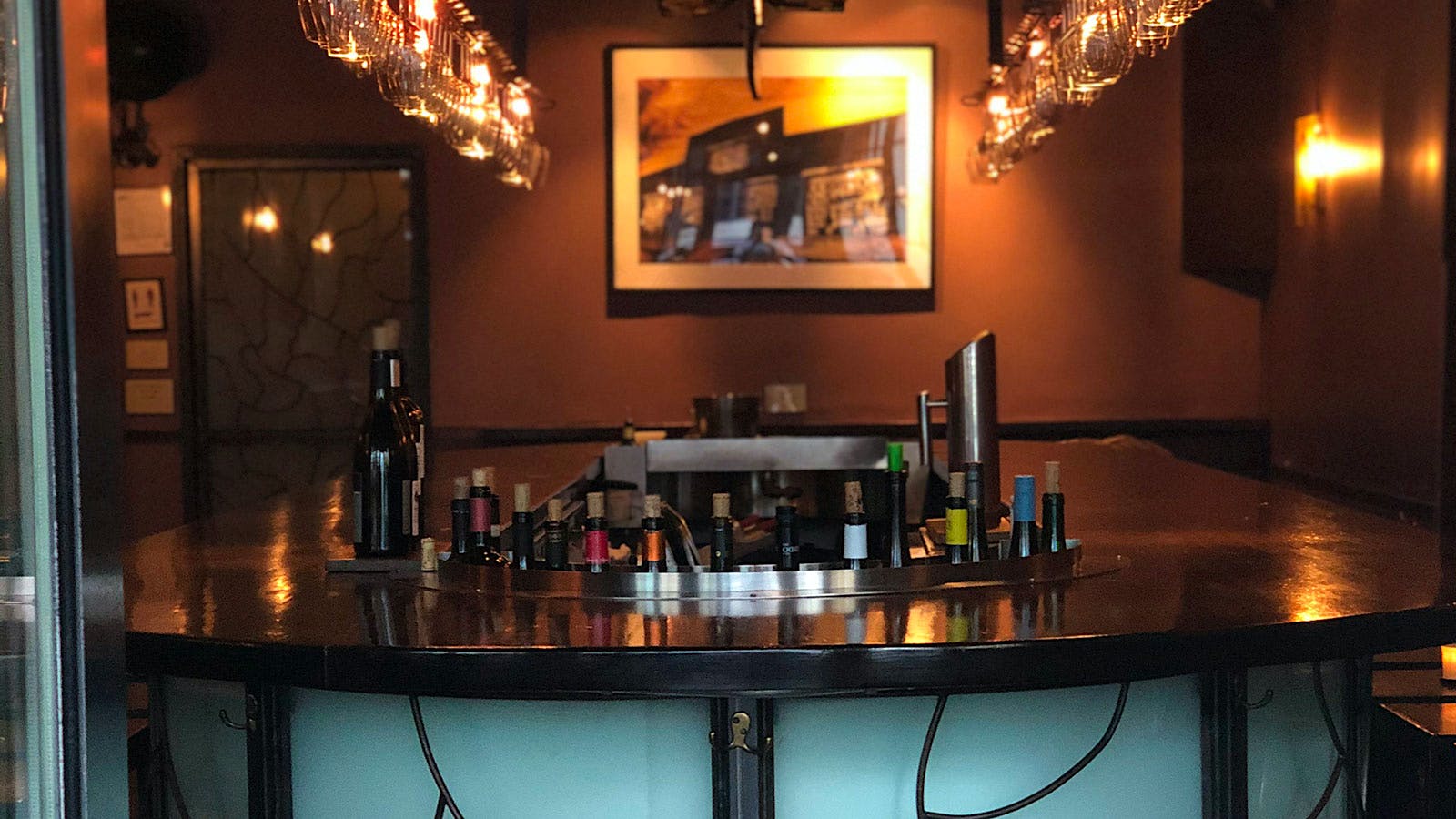 Lelabar
Lelabar brings wines of the world to Downtown Manhattan.

Lelabar may be small, but the wine program is extensive, with 650 selections curated by wine director Chris Martorano. Pull up a stool at the snug, oval bar and peruse the menu of small plates crafted by chef Dennis Pinto and the well-rounded, international wine list. Though Martorano’s picks are strongest in France (especially Burgundy, where you’ll find numerous grands crus), California and Italy, they represent a broad range of styles and regions, including Israel, Lebanon, Argentina and Greece. There’s diversity in pricing, as well, from the many bottles under $100 to collector’s items that reach beyond $1,000. And except for Champagne, the entire wine list is available by the glass with a purchase of two glasses. 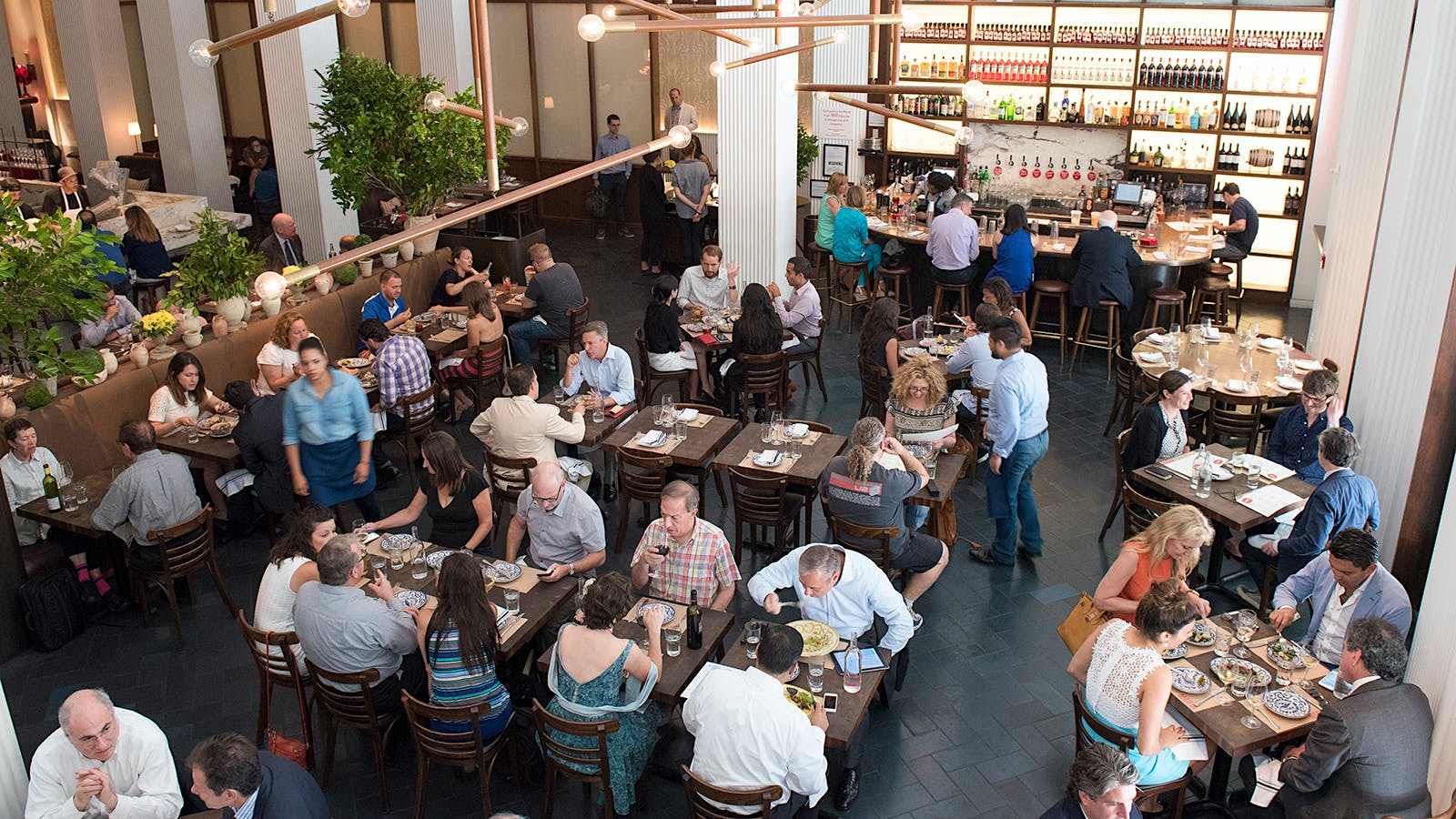 At Marta, guests can enjoy fresh pizzas, world-class wines and restaurateur Danny Meyer’s signature sense of hospitality, all under one roof. The low-key Italian eatery in the Redbury hotel sports an open kitchen with views of two large, tile-covered ovens that churn out a variety of thin-crust pies, from classics like margherita and mushroom to one with clams casino and bacon. Pair your pie with beverage director Evan Abrams' 550-wine program that shines brightest when it comes to Italy and Champagne. The list is moderately priced and offers a section of Champagnes under $100, plus 21 wines by the glass. Also in Meyer’s Union Square Hospitality Group are five other Restaurant Award winners, including Grand Award winner the Modern. 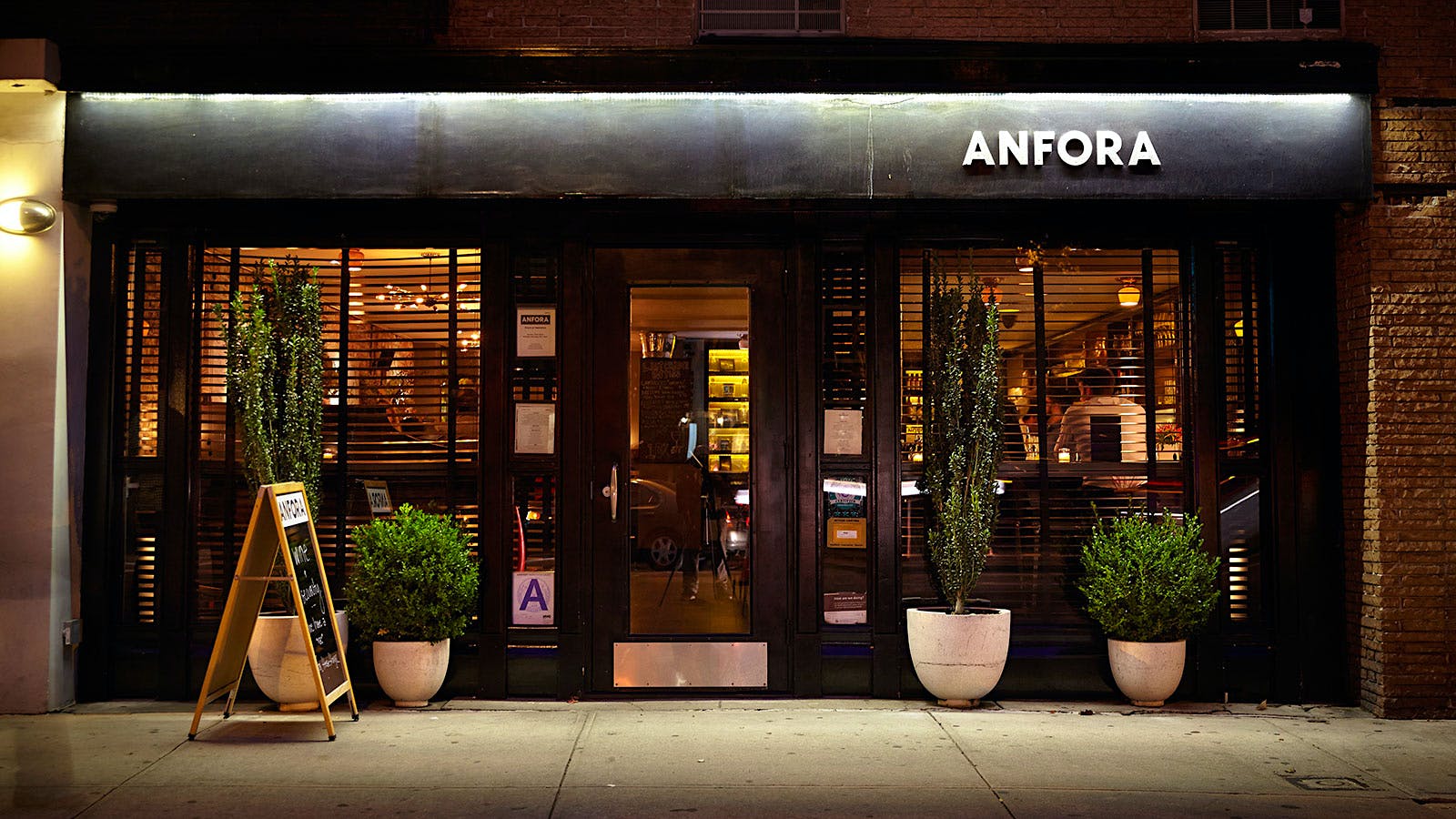 Overseen by wine director Cody Pruitt, the wine program at Anfora is all about Old World regions and traditional techniques. The focus reflects the name of this cozy wine bar, a riff on "amphora," the clay vessels used to store and transport wine in ancient Greece and Rome. Pruitt seeks out producers with low-intervention and sustainable practices to fill his 255-label list. France and Italy dominate the selections, but Germany, Hungary, Austria and Spain are also well-represented. The menu offers charcuterie, small plates and sandwiches to pair with your bottle of choice, or with the more than two dozen wines offered by the glass. Anfora’s sister restaurant, L'Artusi, is a fellow Award of Excellence winner for its 275-wine list. 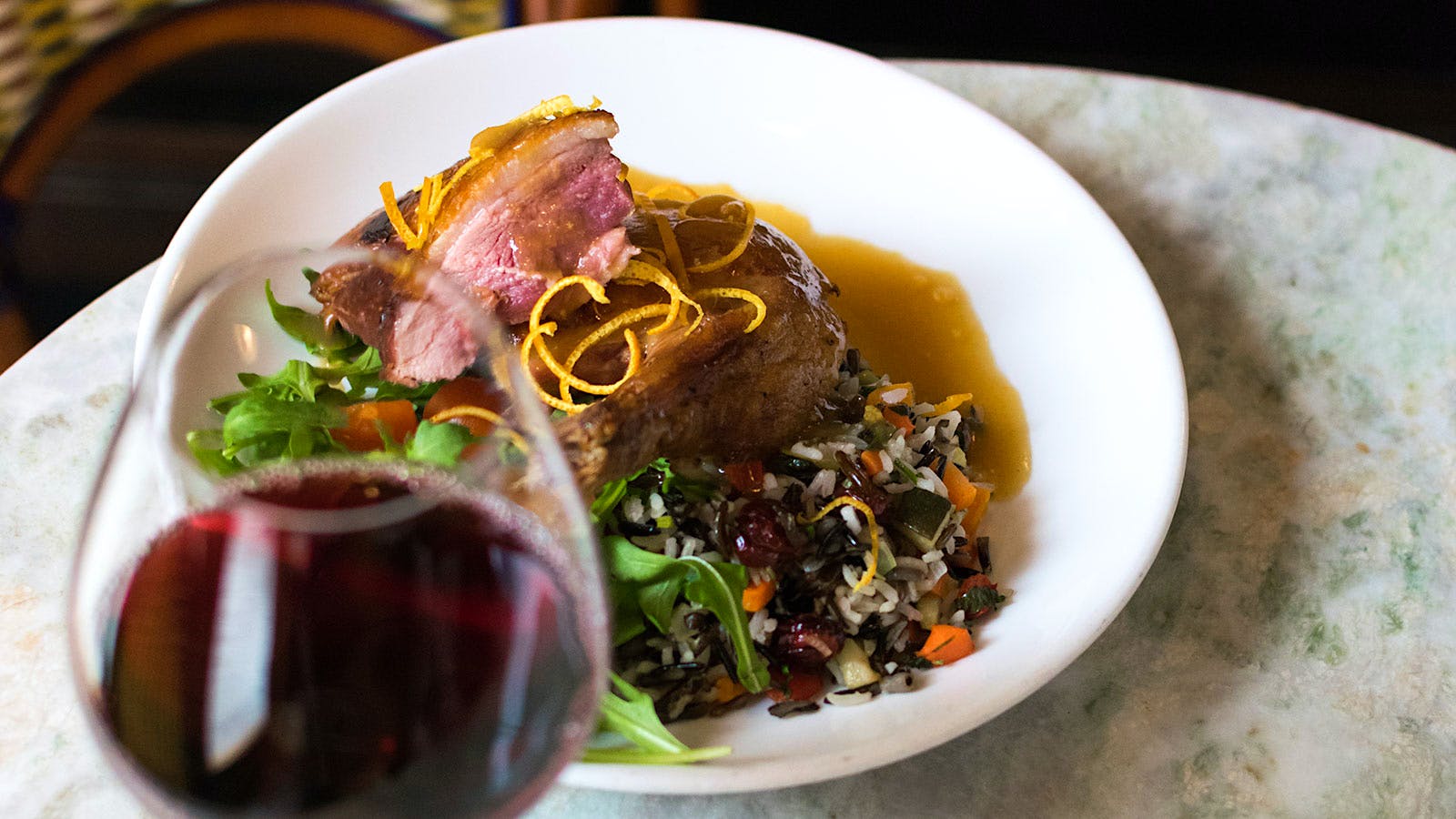 L’Express
Indulge in French food and wine any time of day or night at L’Express.

Experience a piece of Paris in New York’s Flatiron District at L'Express. The bustling French bistro is the brainchild of Simon Oren, the New York restaurateur behind seven other Restaurant Award winners including Grand Award winner Nice Matin. It’s open 24 hours a day, seven days a week, drawing diners around the clock with its welcoming atmosphere and classic French menu by chef John Lee. Pair staples like croque monsieur and steak frites with wine director Aviram Turgeman’s moderately priced, 320-selection program. The French-heavy list has consistently held an Award of Excellence since 1999 and offers a solid array of wines by the glass and half-bottle.

Set in a converted Greenwich Village townhouse, La Lanterna di Vittorio has been open since 1977 and held an Award of Excellence for more than a decade. The 200-year-old building has history, too, as it once belonged to Revolutionary War officer and early American politician Aaron Burr. Four working fireplaces and an enclosed patio shrouded in greenery create a romantic backdrop for the no-frills eatery. Chef Vittorio Antonini Sr.’s Italian menu is anchored by an extensive selection of made-to-order pizzas, and Antonini Jr. also oversees the relatively concise yet diverse wine program. The 120 selections hail from regions around the world, with strengths in Italy and California, and an abundance of labels are available for less than $50. The approachable pricing and all-day hours (from 10 a.m. to 2 a.m. on weekdays and 3 a.m. on weekends) make it easy to stop in any time. 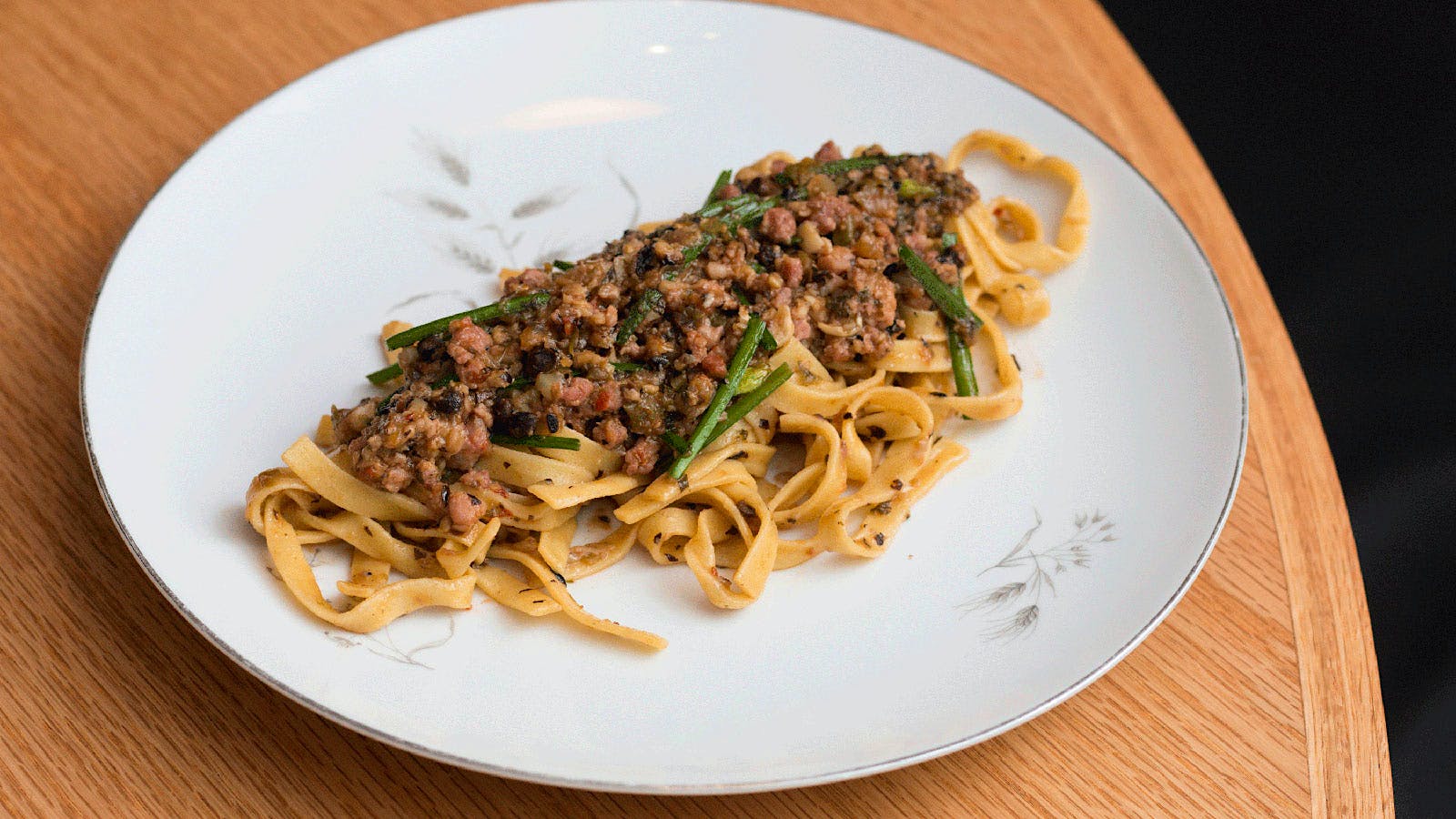 Andrew Bezek
Momofuku Nishi gets creative with its pastas, with items like tagliatelle with pork skin and garlic chive.

Chef David Chang’s signature Korean flavors meet Italian inspiration at Momofuku Nishi. The pasta-focused restaurant is one of 14 international concepts in Chang’s empire, which includes a total of seven Restaurant Award winners. Like many Momofuku spots, Nishi has a laid-back feel and carefully curated wine and food programs. Among chef Nick Tamburo’s signature dishes are tagliatelle with pork, Szechuan pepper and ricotta, and orecchiette with duck sausage and sunchoke, rounded out by some meat and fish entrées. A pasta tasting is available for $68, or $113 with pairings from wine director Jake Lewis’ 200-label list. The selections excel most in Italy, especially Tuscany and Piedmont, as well as France, especially in Burgundy. A page at the start of the list showcases special selections based on seasonally changing themes. 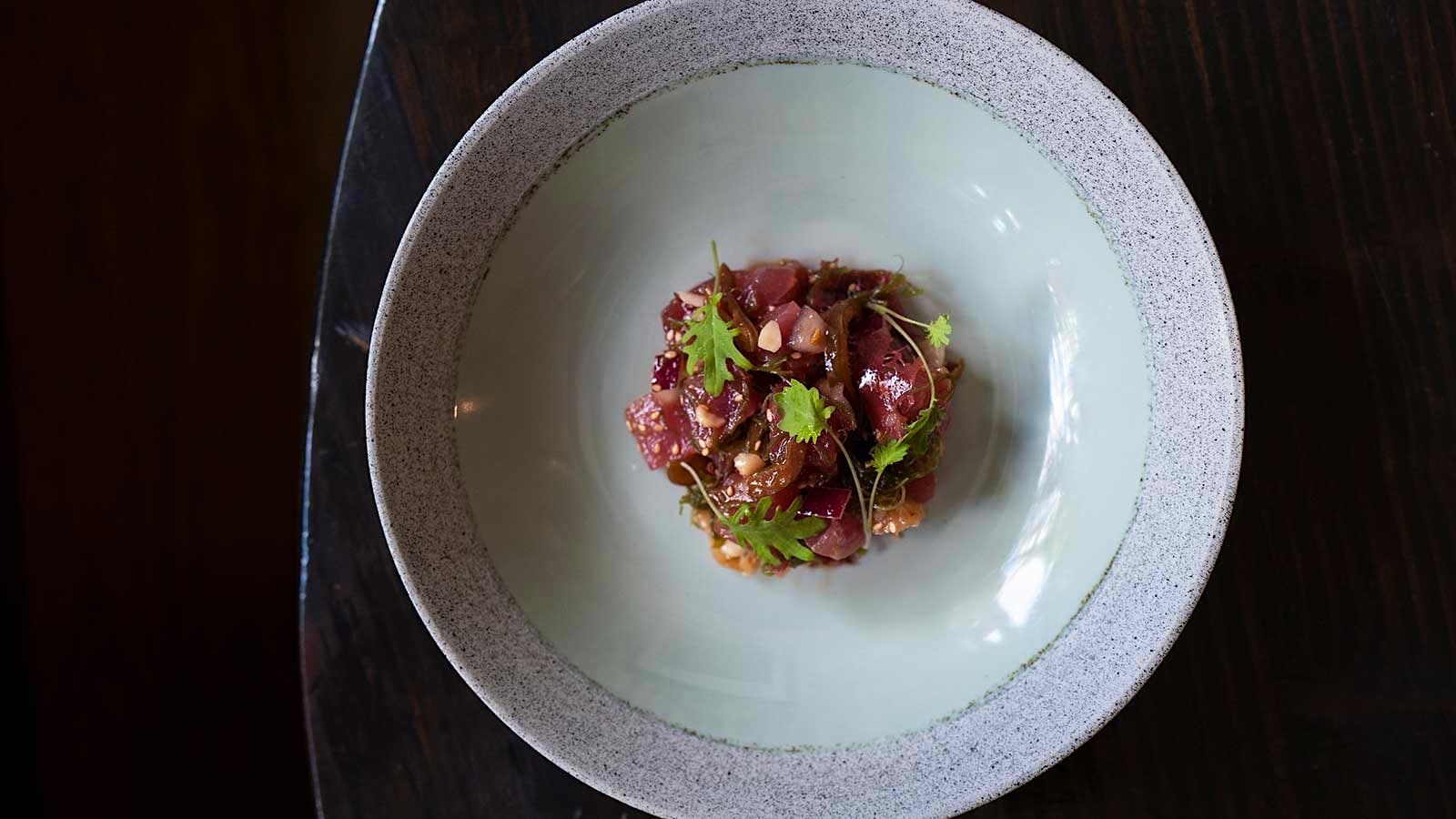 Named after the Korean word for “playground,” Noreetuh occupies a casual yet sleek space in Manhattan’s East Village neighborhood. Chef and co-owner Chung Chow presents modern Hawaiian cuisine on a menu divided into small plates like mushroom tempura with sweet miso and pork potstickers with ponzu sauce, and larger pastas and entrées that are mostly priced under $25, such as kimchi fried rice and five spice–cured duck confit. To complement the distinct dishes, wine director and co-owner Jin Ahn built a 250-label wine program emphasizing Germany and France. The list features rotating producer spotlights and a recently added page of German Rieslings with at least 25 years of age. 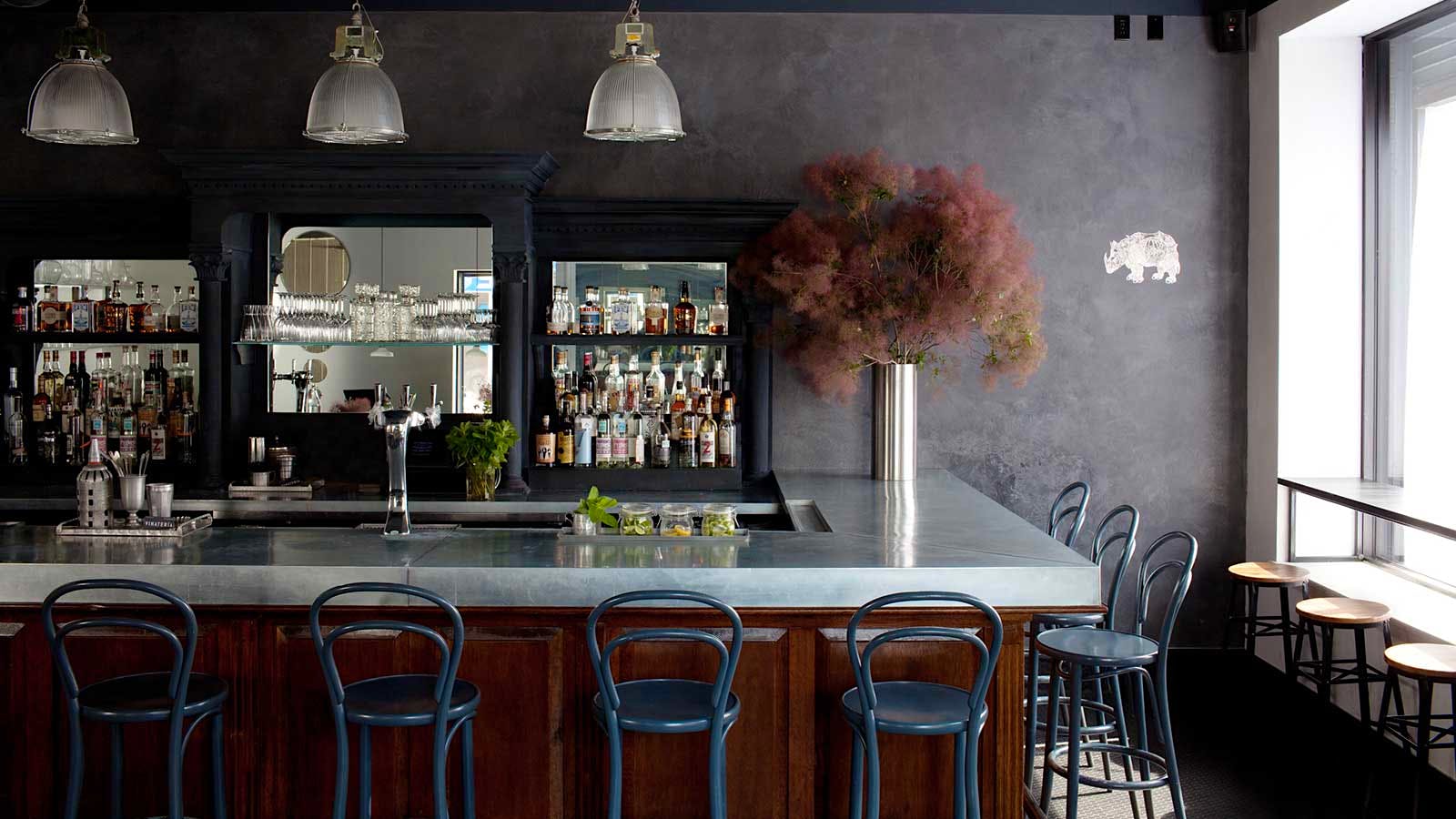 In a modern, minimalist space, Vinateria brings an Award of Excellence–winning wine program to the uptown neighborhood of Harlem. The Italian- and Spanish-influenced menu from chef Mimi Weissenborn is thoughtful but inexpensive, just like wine director Franco Scalzo’s program. The 130-wine list is a delight for value-seekers, with a plethora of well-priced picks, even in its strongest regions of Italy, Spain and France. There’s particular depth when it comes to Italian producers, such as Antoniolo and Marchesi di Barolo. Adding to the list’s guest-friendly nature are nearly 30 wines by the glass, and informative maps preceding each section. 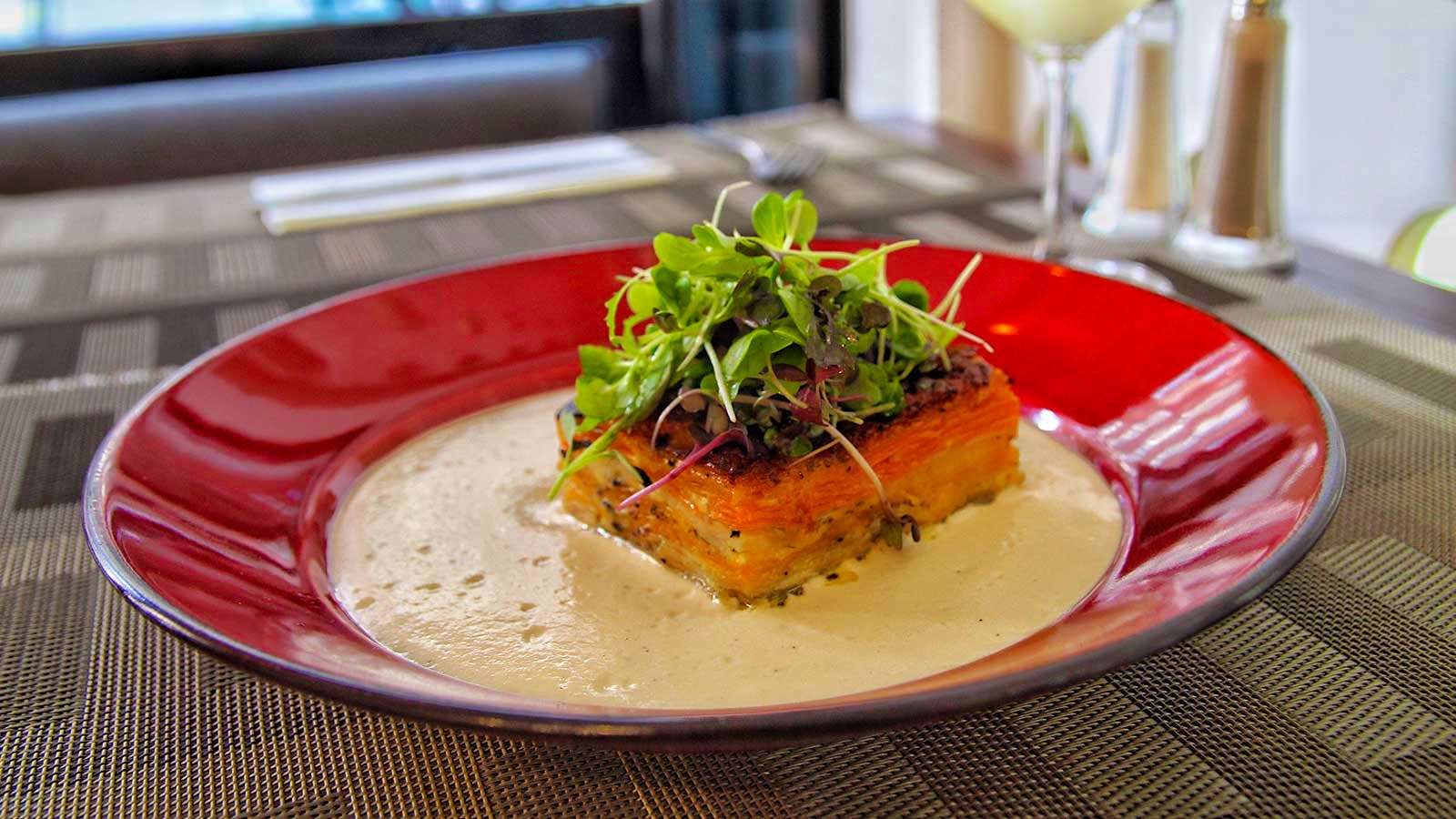 Wine:34 is the smaller sibling of Award of Excellence winner Wine:30, with an intimate setting and a wine program that encourages discoveries. Owner Volkan Muti manages the wine list, comprising 290 labels excelling in France, California and Italy. There’s no shortage of big-name producers, such as Trimbach, Caymus, E. Guigal and Louis Latour, but you’ll also find lesser-known producers and regions, and the restaurant regularly runs wine specials to expose guests to unfamiliar bottlings. The list is printed on a single page and organized by grape variety, so it’s easy to navigate. Chef Oscar Ortega’s menu is just as inviting, with a globally influenced menu of appetizers like braised Spanish Octopus, roasted shishito peppers and a crab cake, and mains like grilled salmon with Israeli couscous and a house-made daily pasta.