Joel Deutsch had just wrapped up a job interview at Jeffer Mangels Butler & Mitchell when he stopped by the Wine House, a wineshop a couple miles from the Los Angeles law firm’s office in Century City. A burgeoning wine buff, he was buying a few bottles of Bordeaux when he ran into another customer, whom he recognized: Mark Rosenthal, one of the hiring partners with whom he’d just met. Reflecting on the moment, Deutsch says it was serendipity. “Mark said, ‘This is the place you have to come work.’ And I said, ‘You’re absolutely right.’ Thirty years later, I’m still here.”

Between expense-account dinners and partner retreats, fine wine is commonplace enough in the world of corporate law. But it’s rare to find enological appreciation as embedded in a firm’s DNA as it is at JMBM. Originating with a core group of aficionados—partners Bruce Jeffer, Robert Mangels, Jim Butler and Mark Rosenthal, who died in 2010—a robust culture of wine appreciation has taken root.

“It was a fortuitous confluence of events,” says Jeffer. “It turned out that the people who founded the firm were friends, and part of that friendship was built around wine. We drank together and we started bringing wine in and having events. It just grew from there.” 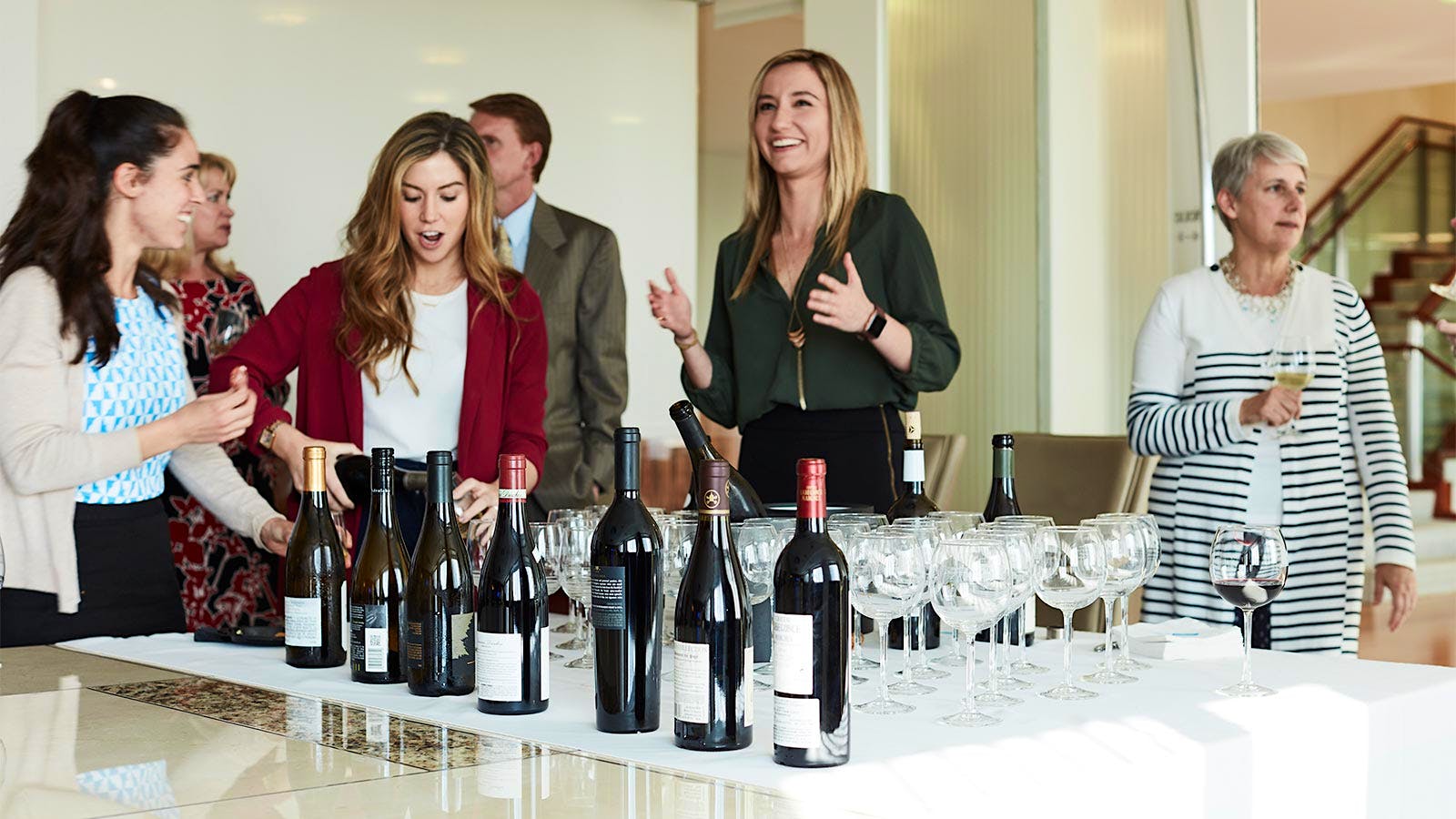 Today, those events range from wine-appreciation seminars for the firm’s summer associates to monthly “wine schmoozes” for the employees to year-end parties at which partners pop prized bottles to share with their colleagues. A number of the firm’s top lawyers are also major collectors, and their shared passion has constituted both a jumping-off point for friendships within the workplace and a group endeavor to make wine knowledge accessible to more junior hires hoping to up their expertise.

“The events are a way for people to talk to one another on a slightly more informal basis,” says partner Stan Gibson, who has been at JMBM for 26 years and currently organizes the monthly schmoozes. His approach is to balance accessibility for newcomers with more adventurous selections for budding connoisseurs. “We have some things that are more standard, but I’ll try to experiment a bit and try and find bottles that are off the beaten path, so that people can try new wines.”

Deutsch recalls a number of benchmarks sampled with co-workers over the years: a 1990 Domaine de la Romanée-Conti La Tâche that was “probably the best wine I ever had”; a Coche-Dury Meursault that helped cement his abiding love of white Burgundy; a 1955 Château Montrose in magnum that opened his eyes to red Bordeaux’s ability to age. The same learning experiences the senior partners confer on their juniors are a reflection of their own decades-long wine educations at the firm.

“People started saying, let’s bring this, let’s bring that,” says Jeffer. “Mark Rosenthal was passionate about Rhône wines way before they became popular. They had a very limited audience, and he was bringing in Châteauneufs and trying them on us.” 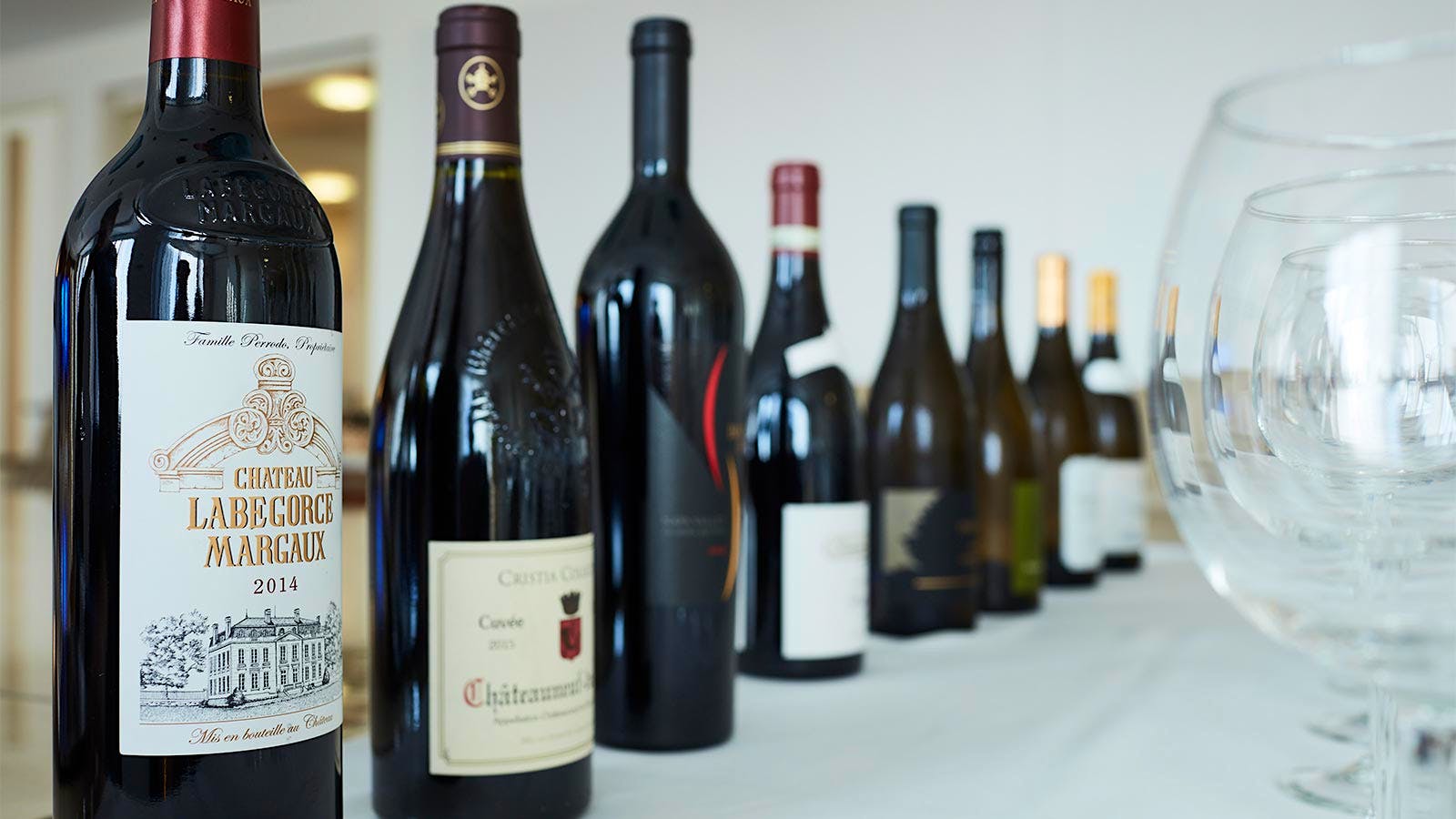 This ongoing transmission of wine knowledge within the firm is evident in the collections of its lawyers. Gibson too cites Rosenthal as instrumental in inspiring his love of Rhônes, which now make up a major part of his collection. His total holdings, also strong in Burgundy, Bordeaux and California, number close to 5,000 bottles.

Deutsch, meanwhile, keeps thousands of wines in storage facilities across the L.A. area, including the Cave in Glendale. Focused primarily on Burgundy, he owns a number of DRCs in addition to bottlings of Comte Georges de Vogüé, Domaine Faiveley, Joseph Drouhin, Louis Jadot and Dujac. Given the skyrocketing prices for his preferred category, he’s been leaning more toward California Pinot, naming Rhys, Kosta Browne, Sea Smoke and Occidental as favorites.

Jeffer maintains a vast stash of roughly 14,000 bottles. An early gravitation toward California wine led him to the major regions of France, and from there to winelands around the world. At this stage in his vinous voyage he favors Italian reds above all.

“They used to be really old-fashioned wines,” Jeffer says. “But what they’ve done with the super Tuscans, the Brunellos, the Barolos, to me that’s the most exciting part of the red market.” 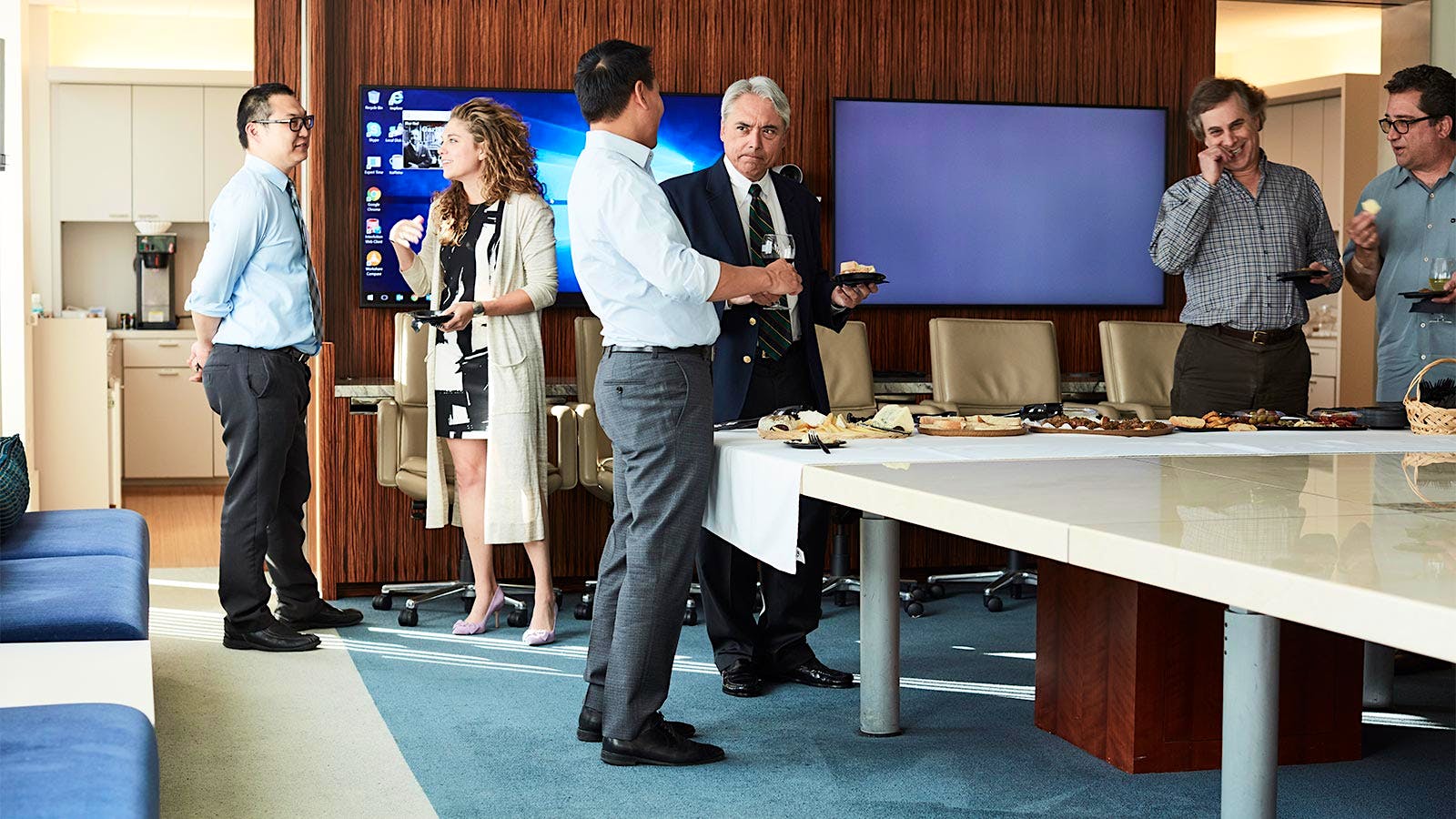 Joe Schmelzer
Founded by a group of wine lovers, JMBM remains a hotbed for serious collectors, many of whom share prized and rare bottles with their colleagues at firm gatherings.

The vaults of JMBM’s elite collectors, rather than being locked away for private consumption, have instead thrown open the doors to deep connections among the firm’s lawyers.

“You develop a relationship outside of the business,” says Deutsch. “I don’t know if the friendship I have with Stan [Gibson] and his family would have been deep without wine—I like to think it would be. But it certainly made it a lot easier to have that in common.”

Jeffer agrees, contending that a passion for wine is merely the starting point for more enduring bonds. “If you have to pretend to be a golfer to get a client, you’re in trouble,” he says. “If you love food and wine, that is an absolute natural bridge for business and personal interaction.”

For the wine-loving lawyers of L.A., some cases never close.