Cabernet Sauvignon, native to Bordeaux, has thick blue skins, giving the resulting wines plentiful tannins and phenolics and making them particularly ageworthy. Over the past 50 years, Cabernet Sauvignon has spread to all of the New World's major winegrowing regions, and it remains one of France's most important grapes.

A late-budding, mid- to late-ripening grape, Cabernet Sauvignon performs best in warm climates, particularly in well-drained gravelly soils. It is probably best-known as the main component of Bordeaux's Left Bank blends, supported by Merlot and Cabernet Franc. Elsewhere in Europe, it has become a pillar of Italy's super Tuscans. But its appreciation for warm weather also explains why it has found success in New World regions like Australia, Washington, Chile and, most significant, California's Napa Valley.

French styles of Cabernet Sauvignon tend to put the savory, herbal and mineral characteristics of the grape forward, while New World versions focus more on its plush blackberry and black currant fruit, as well as rich notes like licorice. But what typically unites these styles is Cabernet's tannic structure and its oak-aging treatment, which is popular worldwide, giving the wines additional notes of cedar, star anise and tobacco, depending on the type of oak and time spent in it. And while some Cabernets are made in fruit-forward styles that are approachable in their youth, the best examples are built to age, sometimes for decades. 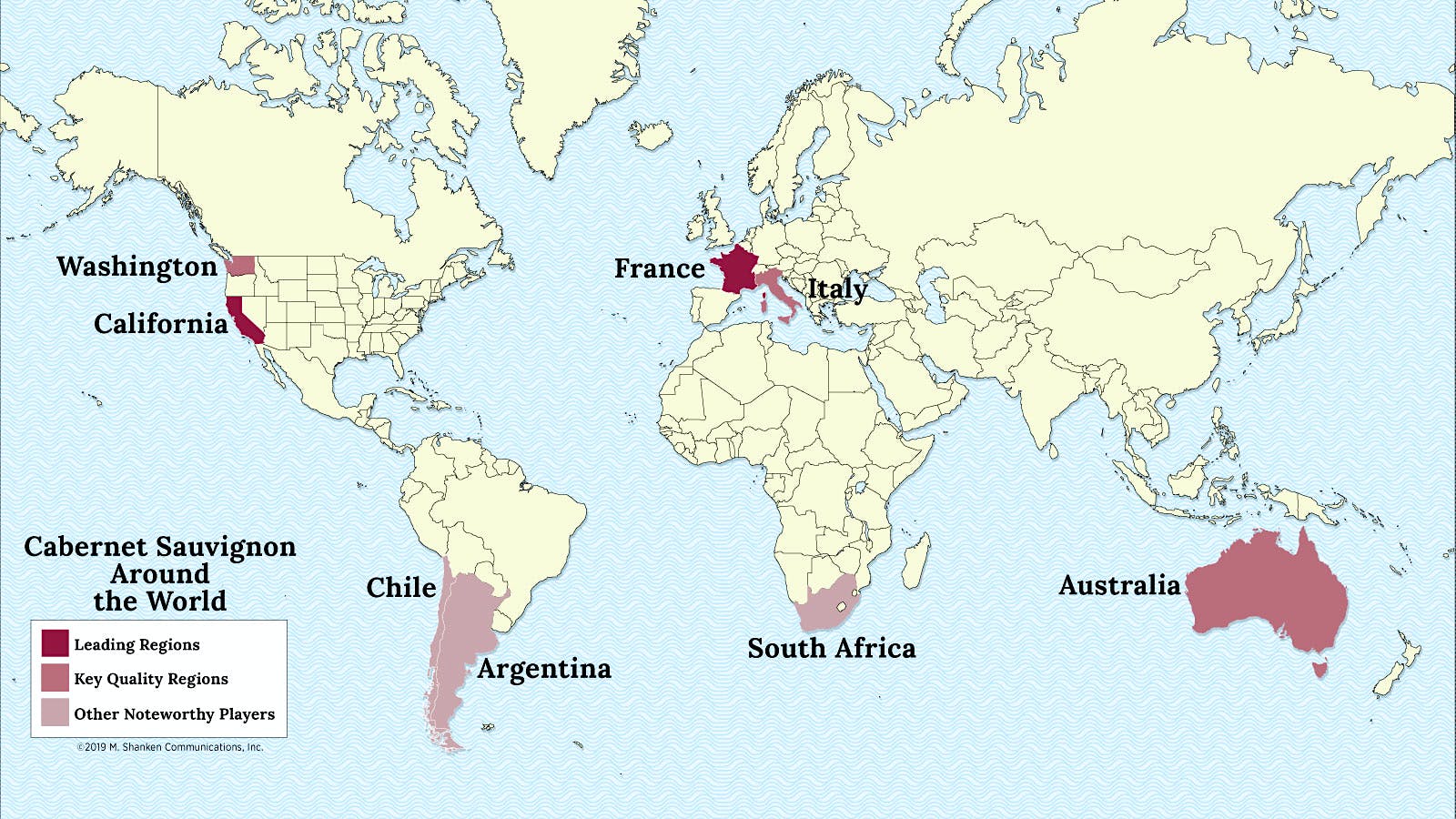 For more on Cabernet Sauvignon

Get scores and tasting notes for recently rated Cabernet Sauvignons