When Brad Pitt and Angelina Jolie separated nearly four years ago, rosé observers wondered what would become of their Côtes de Provence estate, Château Miraval. At very least, it would likely be stuck in custody limbo while terms of the divorce dragged on, wrote the skeptics.

Instead, things have been busier than ever, with the co-owning Perrin family of the Rhône's Château de Beaucastel propping up Miraval through the difficult split of its other parents. Last year, we reported that Miraval had unveiled a shiny new top-of-the-line cellar and released a new (record-breaking) prestige rosé cuvée, Muse de Miraval, from the vineyard's best and oldest parcels. Now, winemaker Marc Perrin tells us a Miraval Champagne is next.

"We are working very hard on that right now with Rodolphe Péters, from Pierre Péters," Perrin told us. One of Champagne's hottest grower-producers, Péters has made a splash with his unusual rosé-making technique, blending a saignée of Pinot Meunier with Chardonnay—though no word yet on the style of the Miraval Champagne. "We will create the only Champagne house which only makes rosé," said Perrin. "We are going to try to push the quality of rosé as far as possible in Champagne." We're feeling confident Miraval's new marriage of talents can make it work.—B.O.

Awards season is officially in full swing with the announcement of Oscar nominations on Monday morning, and we were on the scene bright and early to toast the noms with some 8 a.m. Champagne. For 2020, Piper-Heidsieck is reprising its role as official bubbly of the ceremony, and made an announcement of its own yesterday: a new limited-edition bottle that pays tribute to cinema in the Roaring Twenties. The label is a throwback replica of the one used by Piper during the Prohibition era, when selling such a wine stateside could’ve landed you in a cave d'incarcération. 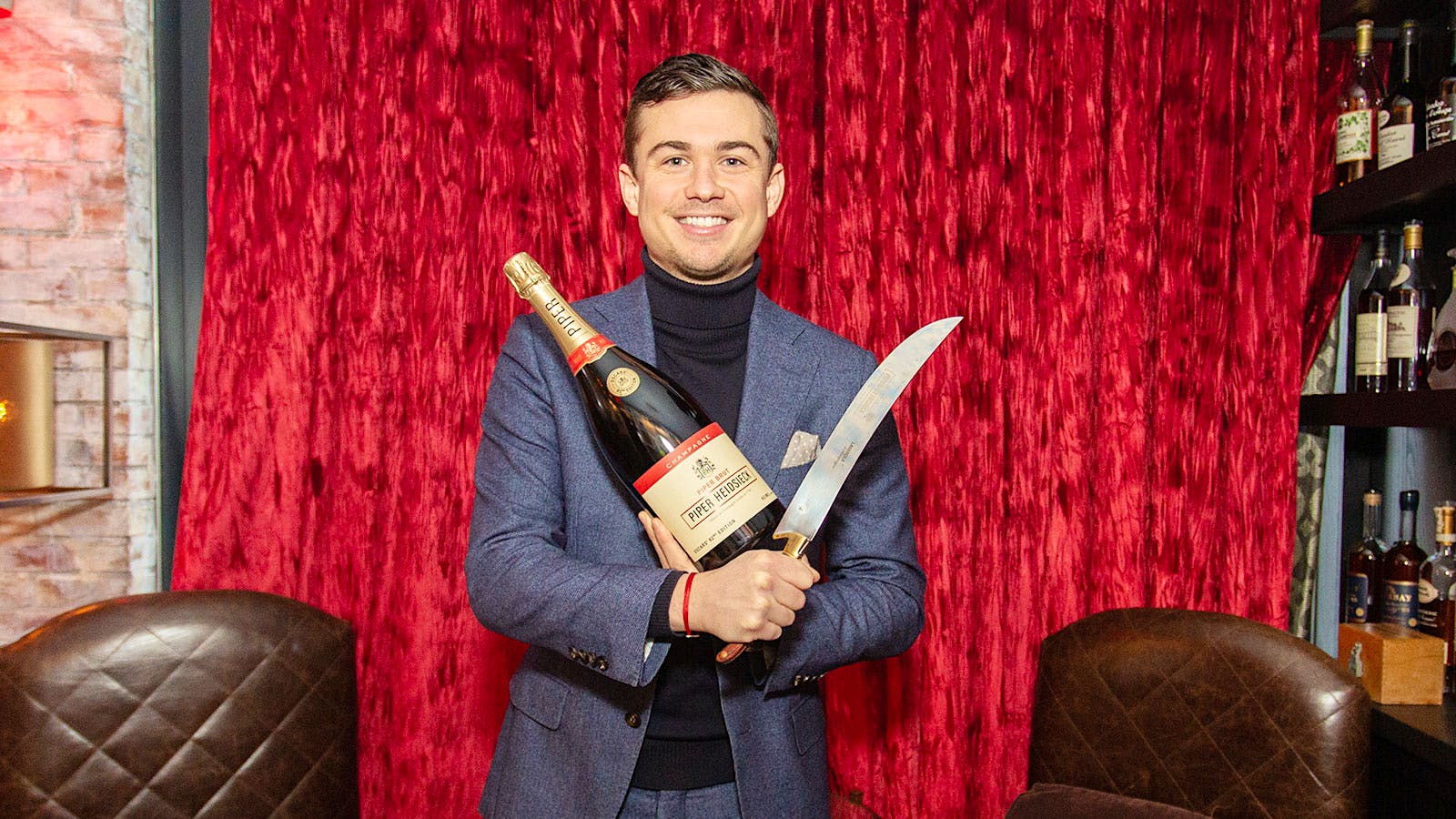 “In the 1920s, bootleggers would smuggle Piper-Heidsieck into the United States, where it would be secretly served in speakeasys throughout New York City,” Piper general manager Benoit Collard said in a press release. “Now, Hollywood’s biggest stars will get to enjoy the same Piper-Heidsieck Brut during the biggest awards show of the year.”

We were able to get a sneak peek of the new bottle and soak up some speakeasy vibes at a watch party for the nominations at the iPic Theater in New York's South Street Seaport district. Pressing a certain book (we can’t tell you which) opened a giant bookshelf along the wall, and Unfiltered followed revelers into a secret room with plush couches and thick red curtains. Piper brand ambassador Jonathan Boulangeat then pulled out a shiny saber to start the week off popping.

The good news is that Best Supporting Actors at the Dolby Theater—like fellow Champagne vigneron Brad Pitt, incidentally—and trying-our-best Champagne saberers at home can both toast Charlie Chaplin–style soon. “The signature bottle that will be exclusively poured during the 92nd Oscars is the prelude to the official release of a limited-edition Prohibition bottle available for purchase later this year,” Boulangeat confirmed to Unfiltered at the party. The Champagne to the stars has been a cinema staple nearly as long as the Academy, first sharing the screen with Laurel and Hardy playing knuckleheads in 1933's Sons of the Desert and most recently with James Corden and Taylor Swift playing humanoid felines in Cats.—S.Z.