Though the politics have nothing to do with dining, the U.S. government’s ongoing battle with the European Union over aircraft-industry subsidies has the restaurant industry on edge. The Trump administration’s October introduction of a 25 percent tariff on French, Spanish and German wines, and its recent proposal to increase the tariffs to 100 percent and apply them to all European wines, are particularly threatening to restaurants, which often rely on carefully priced beverage programs as a crucial revenue stream.

“The idea of not being able to sell the product that we opened the business to sell, and the quality of the product we want to sell and the way we want to sell it and present it to people, is really scary,” said Justin Chearno, partner and wine director of the Four Horsemen wine bar and restaurant in Brooklyn, N.Y.

According to the wine directors interviewed for this story, the 25 percent tariff hasn’t triggered major price increases yet, as many importers and distributors opted to absorb the bulk of the tax during the holiday season or sell through existing inventory while awaiting a resolution. But with no reprieve in sight, most importers have told clients to expect prices to start rising this month.

Though slight annual price increases are a natural part of the business, this tax “was enough to send the entirety of the market into a sense of unknown,” said wine director Ryan Bailey of NoMad Los Angeles. The possibility of even higher tariffs has increased the uncertainty.

“We are definitely concerned. Guests largely have no idea, and the idea of wines becoming two times as expensive is beyond frightening,” wine director Carlin Karr of Frasca Food & Wine in Boulder, Colo., told Wine Spectator via email. “As with all rising costs in the hospitality industry, there is only so much we can pass on to the guest and survive.”

An array of reactions

Restaurants’ responses vary as they scramble to find solutions and prepare for the unpredictable. “I don’t think anybody’s really ready and has a true sense of it,” Momofuku’s corporate wine director Jake Lewis told Wine Spectator. “We’re trying to prepare what to do in the long term if it does happen.”

For Momofuku’s nine domestic restaurants, Lewis is considering ways he could offset the higher European wine cost, such as adjusting wine-list prices on non-European wines and frontloading some purchases in the hopes of avoiding the tariffs, despite the added upfront financial burden.

Read all of Wine Spectator's ongoing coverage of the trade wars and wine tariffs:

No matter his next move, Lewis is determined to continue buying from the many small importers he works with directly, who would likely be hurt more than the big guys. “If they don’t get our support, then they’re gonna go under. So it’s very important to me that we keep them in the black as much as possible,” he said.

Frasca's team is taking a similar approach of frontloading wines for the French-focused program at their recently opened Sunday Vinyl wine bar. They’ve invested about the same amount as they did on initially building their wine program into stocking up on wines that are already in the country. “We just got extra storage lockers and are investing heavily in French wines for this particular reason,” said Karr.

Chearno is also trying to rush some wines from Europe, though he called it a “really dangerous” risk. Some of his industry peers have canceled orders instead. “Say you have a $600,000 container and you had hoped it would get here with a 25 percent [tariff] and it got here with 100 percent,” he said. "For a small importer, that’s over a million dollars. No way they could take that."

And for many other businesses, the upfront cost of that strategy simply isn’t feasible, especially with an inherently low-margin product like wine. 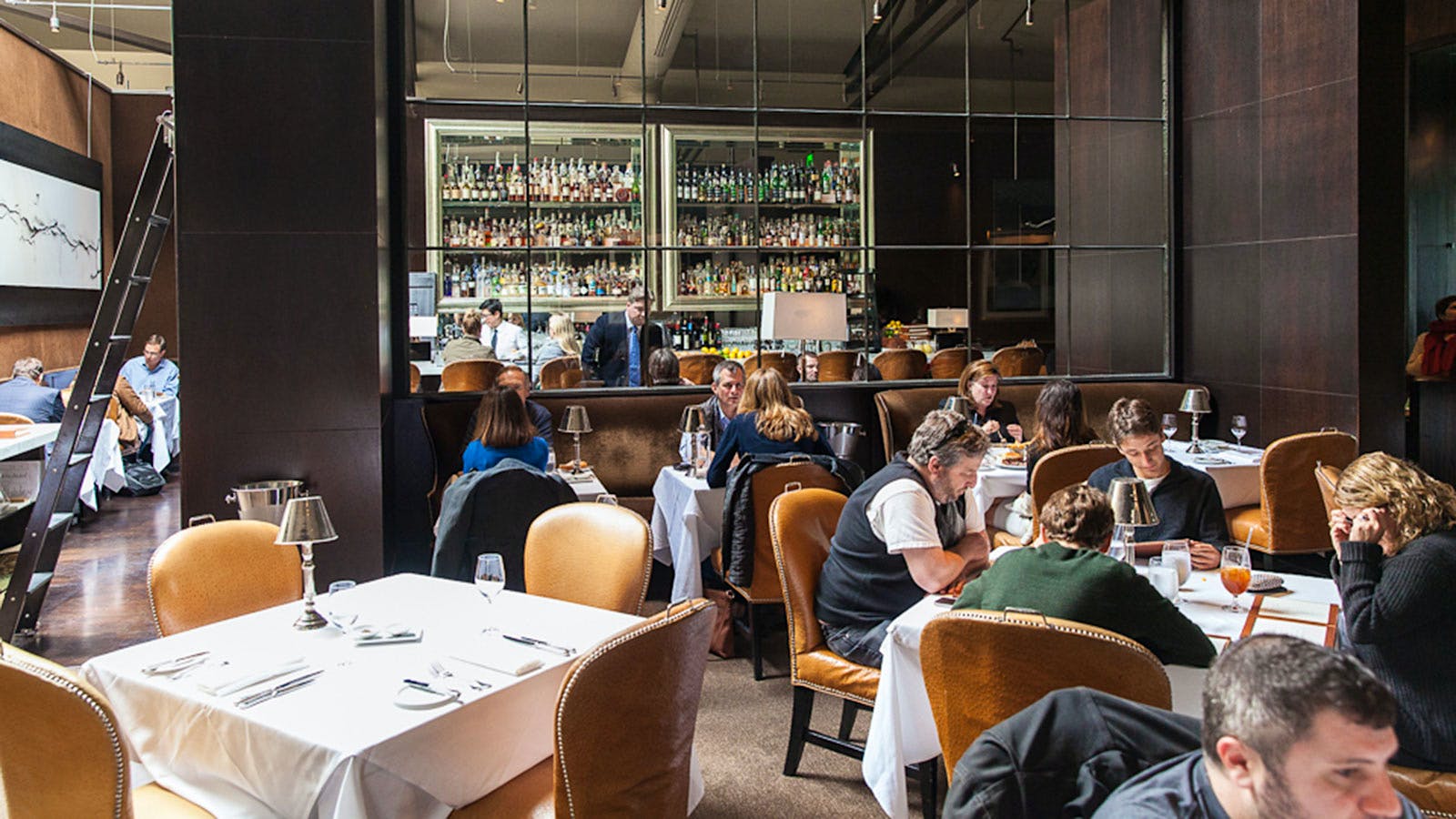 Grand Award winner Spruce in San Francisco has one of the world’s top wine lists. Wine director Andrew Green says an extended trade war could force them to change its focus. (Photo by Alanna Hale)

“Even if you buy one year’s worth of stuff, which is a lot of liquid, it’s just a temporary Band-Aid,” said beverage director Hristo Zisovski of Altamarea Group, which owns eight restaurants around the world, including Grand Award winner Ai Fiori in New York. For now, he said, they’re “going to weather the storm” of the minor price increases as he plans an approach to maintaining the group’s typically French- and Italian-heavy lists if the higher tariff is enacted. That could mean offering fewer selections, expanding into more regions, or something else. “We can’t double our budget, and we can’t expect people to pay twice as much money,” Zisovski said. “I think we’re gonna have to suck up some costs and still offer as best value as we can.”

And while he’s worried about the outcome, Zisovski emphasized that the challenge is just one piece of the larger picture of market changes and rising costs that restaurants constantly face. “It’s just going to add to the already high expense out there,” he said.

Wine director Andrew Green of Bacchus Management Group, which owns San Francisco Grand Award winners Spruce and the Village Pub, agreed with Zisovski that the tariff would be challenging but survivable—to a point. “In the short- [to] medium-term, we would probably defend our position with the top wines that were required for our programs. If it turns into multiple years, it would be a problem.”

Wine directors are also pondering having to shift the focus of their wine programs away from European regions, as those bottles would become more expensive and high-quality ones would become harder to find. That could have a profound impact on consumer tastes in the U.S. “People will still sort of shop to their taste but it’ll just be lower quality. If they typically drink premier cru or grand cru, they might drink villages,” Green said.

“We are just going to have to do what we normally do, chase the next thing and find something else, which is inevitable anyway,” Zisovski said. “And we’re gonna have to get more sommeliers to work harder to educate the guests on new things we’re finding.”

Read Wine Spectator editor and publisher Marvin R. Shanken's letter, "The New War Against Wine," a call for the wine community to stand up and be heard.

Jeremy Shanker, lead sommelier of Michael Mina in San Francisco, said a 100 percent tariff “would be devastating” and echoed that it could be a major hindrance to developing world-class wine lists, adding another layer of exclusivity. “The greatest wines on most wine lists, the ones that are already inaccessible to most people, will become even further out of reach for everyday diners and really only available to the wealthiest,” he told Wine Spectator via email.

Bailey believes the price increase could make imported wine unattainable to some, steering them toward beer or cocktails instead.

Regardless of their strategies, these wine professionals are speaking out against the tariff increases in hopes of stopping them before they disrupt the industry. They're writing letters to their representatives in Congress and to the Office of the U.S. Trade Representatives (USTR), and spreading the word on social media to raise the general public’s awareness.

“I think we have to figure out how to be public about it, be proactive and get beyond our communities. We need to get it into normal human beings' hands and get them to care about it,” Lewis said. “This is not really partisan in my mind, this is just business.”