What kind of wine were Roman big-timers—from Pliny the Elder to Julius Caesar himself—knocking back, back in the day? It was strong, it was sweet and it just might have been … salty. A team of researchers recently presented evidence that some of the most praised and prized wines of antiquity were made from grapes submerged in baskets in the Mediterranean before crush, a 2,500-year-old technique for flavoring and washing the grapes. Winemaker Antonio Arrighi got word and decided, if it was good enough for Caesar, it was good enough for him to spare a few bunches for an experiment.

“At the end of a conference where [lead researcher] Attilio Scienza spoke about this old Greek wine, I approached him,” Arrighi told Unfiltered about the project’s genesis. “He told me that nobody has tried to repeat this experiment in 2,500 years, and I told him, ‘I'll do it on Elba island’, and our adventure started.” Scienza, who recently helped revive Leonardo da Vinci's lost vineyard, was on board to advise.

Photos courtesy of the Stefano Muti and Roberto Ridi 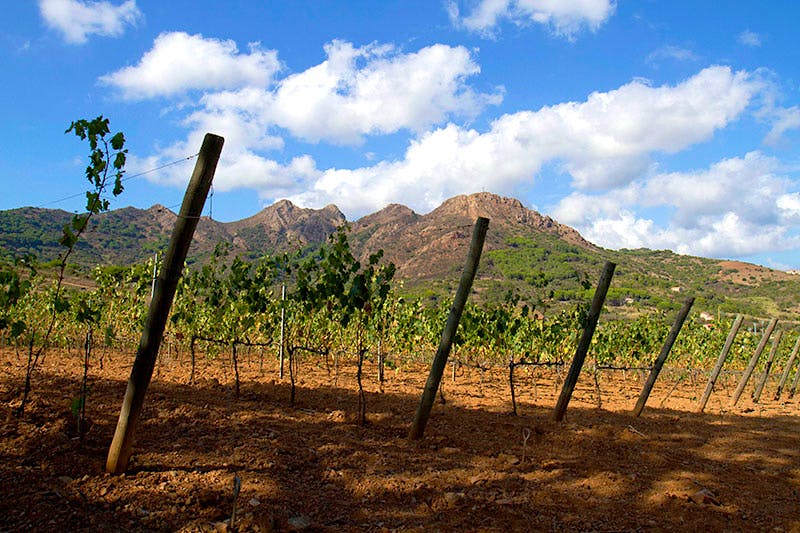 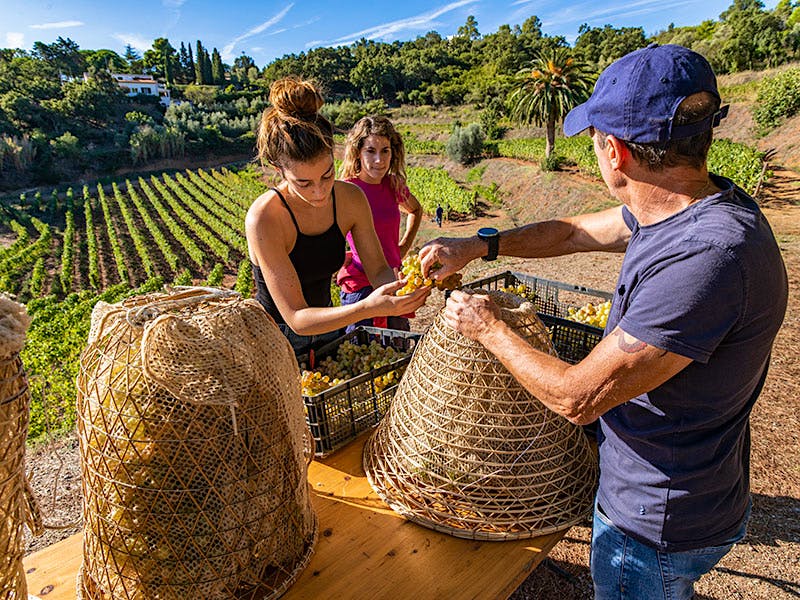 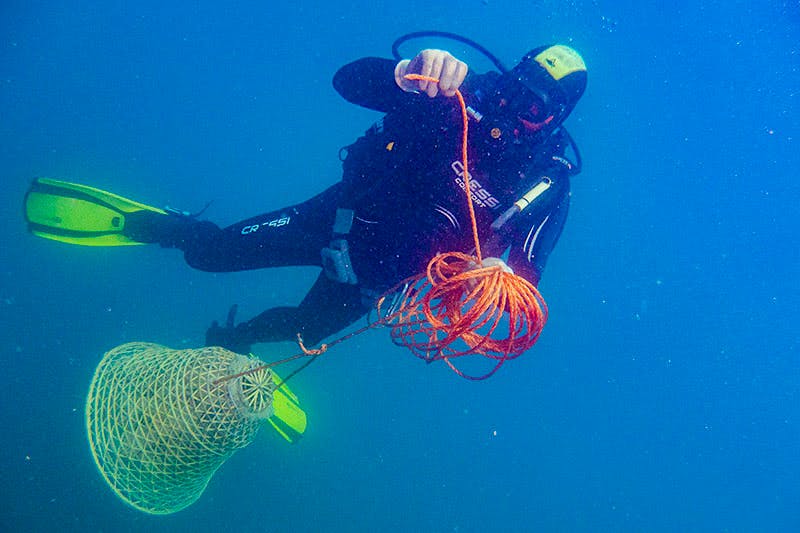 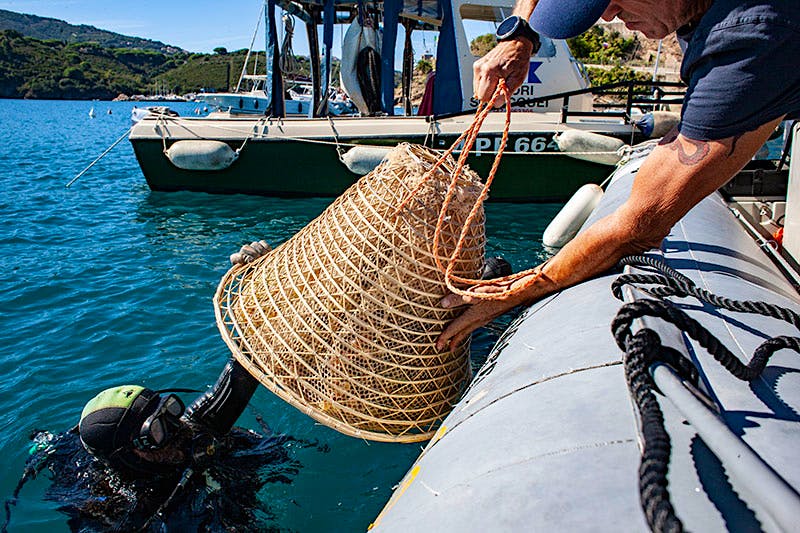 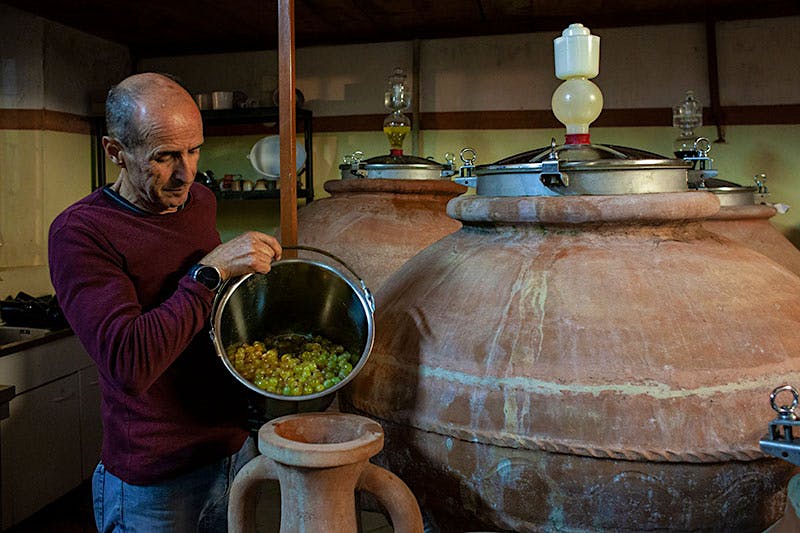 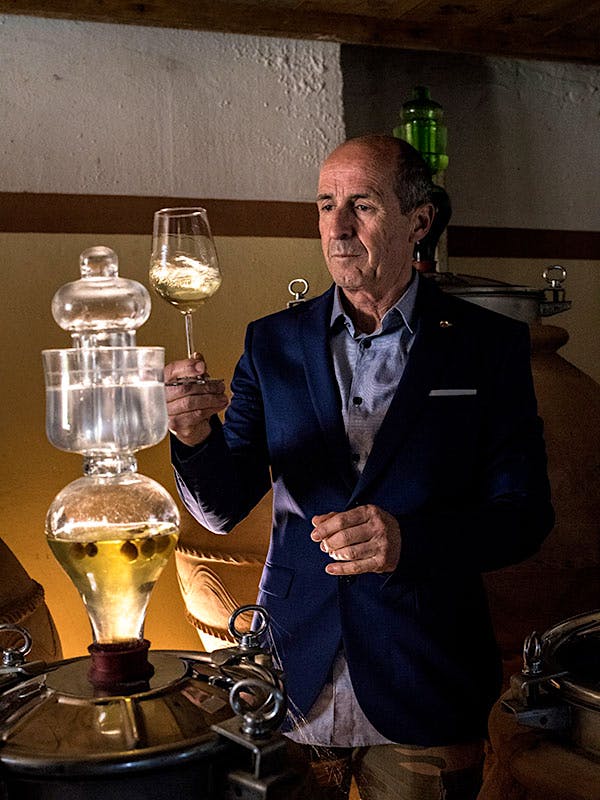 The submerged-grape wine from the Greek island of Chios, especially, was famed in antiquity, distributed from the eastern Aegean to the elite in Rome, Marseille and beyond. The sea bath was no lark: Soaking the grapes removed the waxy bloom that develops on their skins, which allowed them to sun-dry more quickly before crush. Drying grapes was and is a technique used to concentrate sugars and flavors, but the quicker drying time helped preserve fresh flavors and aromas in the wine. Arrighi and Scienza used Ansonica grapes, a white thought to descend from ancient Greek varieties. Its tough skin keeps most of the salt and water out of the grape.

Off(shore) they went: The grapes were submerged in wicker baskets for five days, 10 meters below the surface. Arrighi kept the flame for the old school by then drying them on cane trays and fermenting on the skins in terracotta jars similar to the amphorae of the Greeks and Romans. After (land-)aging for a year, the inaugural 2018 vintage, called Nesos, debuted with just 40 bottles. The "vino marino" has twice the phenolics of regular white wine.

Only one bottle will be sold, auctioned for charity, but requests from collectors and curious drinkers kept the experiment going: The 2019 Nesos vintage will be available in Italy and internationally. But will our palates be ready?

“The wine appearance is rusty yellow, slightly veiled and robust,” said Arrighi. “And the smell suggests ripe white fruit, enamel, varnish and almond, while revealing a persistent, complex and prolonged taste, extremely sapid.” (We did predict this would be a year of unusual wine flavors …)

The experiment was also filmed and turned into a documentary by filmmaker Stefano Muti, who plans to release it online. The winemaking presented certain challenges for filming, too. “As this was not a classic way of making wine, it was difficult to understand how long the various phases would last," Muti told Unfiltered. "And therefore we had to always be ready to shoot." Following an experiment some thought crazy, Arrighi is ready to declare old new again: “I was the only one who believed in this,” he said. “I opened a door and other winemakers will follow it.”