Tasting wine is wonderful, but there is no better way to enjoy it than with good food and good company. So the Grand Award Banquet is the fitting end to the Wine Experience—a chance to gather one more time, try exquisite wines and eat with friends, both old and new.

"All of us here are part of the same family," said Marvin R. Shanken, Wine Spectator editor and publisher, as he welcomed the crowd to dinner. "The fact that people come up to me and say they've been coming 20 years, 30 years. I don't know all of your names, but I know your faces. And there's a lot of love and a lot of smiles, so thank you so much for all your support over the years."

As befits any great celebration, the evening started with bubbly, as top cuvées from Champagne houses were poured, including Bollinger, Taittinger, Charles Heidsieck and Louis Roederer. Having donned their formal wear, wine industry leaders and wine lovers alike chatted and discussed their highlights of the weekend. Mel Dick, of Southern Glazer's Wine & Spirits talked with Piero Antinori, while a steady stream of fans shook hands with Angelo and Lucia Gaja nearby.

As guests moved to the ballroom upstairs, they found a wonderful dinner and two of Riedel's new Performance glasses waiting at each seat. Robert Mondavi Winery and Louis M. Martini provided wines for the dinner.

The Grand Award Banquet's official role is recognition of the world's greatest restaurant wine programs—100 eateries that offer the most impressive wine lists and highest level of wine service. Eight new winners for 2019 accepted their Grand Awards at this year's banquet, showcasing fine dining from Mexico City to Paris to D.C. to Houston. 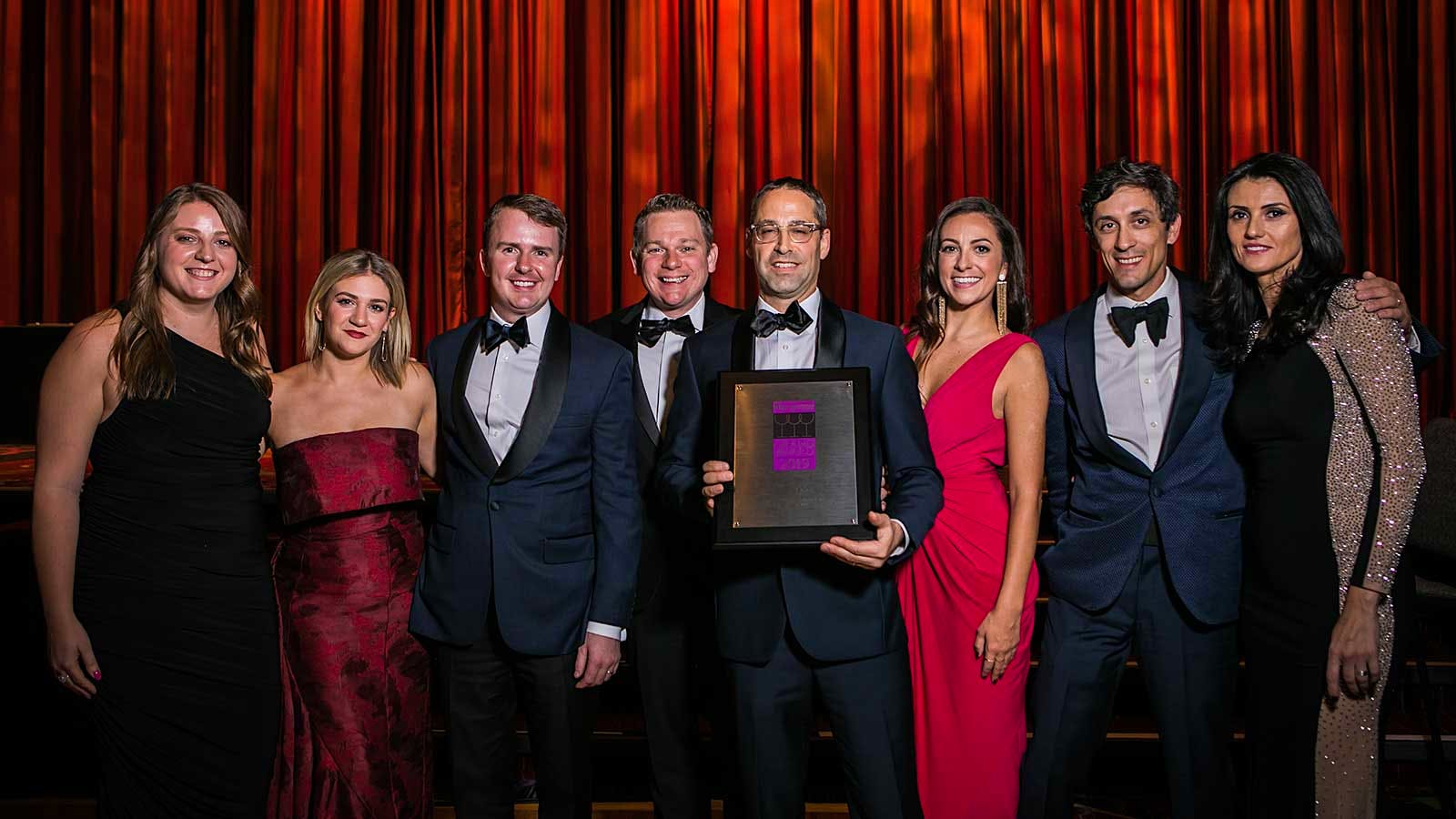 Some restaurants, such as Griggeler Stuba of Lech am Arlberg in the Austrian Alps, built their wine programs slowly. "My family doesn't have a background in wine," said food and beverage director Maximilian Lucian. "My father only started collecting wine in the late 1980s, visiting wineries and loading up his car, driving down to Tuscany, Bordeaux and Spain."

Others, like Mastro's Steakhouse at the Post Oak Hotel in Houston, opened their doors with a Grand Award in mind, building a cellar of 30,000 bottles in less than two years.

But all the winners were united in their belief that excellent wine can turn a great meal into a memorable experience and that hospitality is one of the world's great professions. "A restaurant, for me, is the only place where you can truly discover wine," said Carlo Cracco, chef and owner of Ristorante Cracco in Milan.

But what is wine without a decent glass to pour it in? The Riedel family pioneered the idea that a wineglass should be designed with the idea of letting the wine show it's full potential, and Georg Riedel, the 10th generation to run the company, has spread that gospel around the world. In the process, he used his business and success to support numerous charities. For his work, he received Wine Spectator's 2019 Distinguished Service Award. 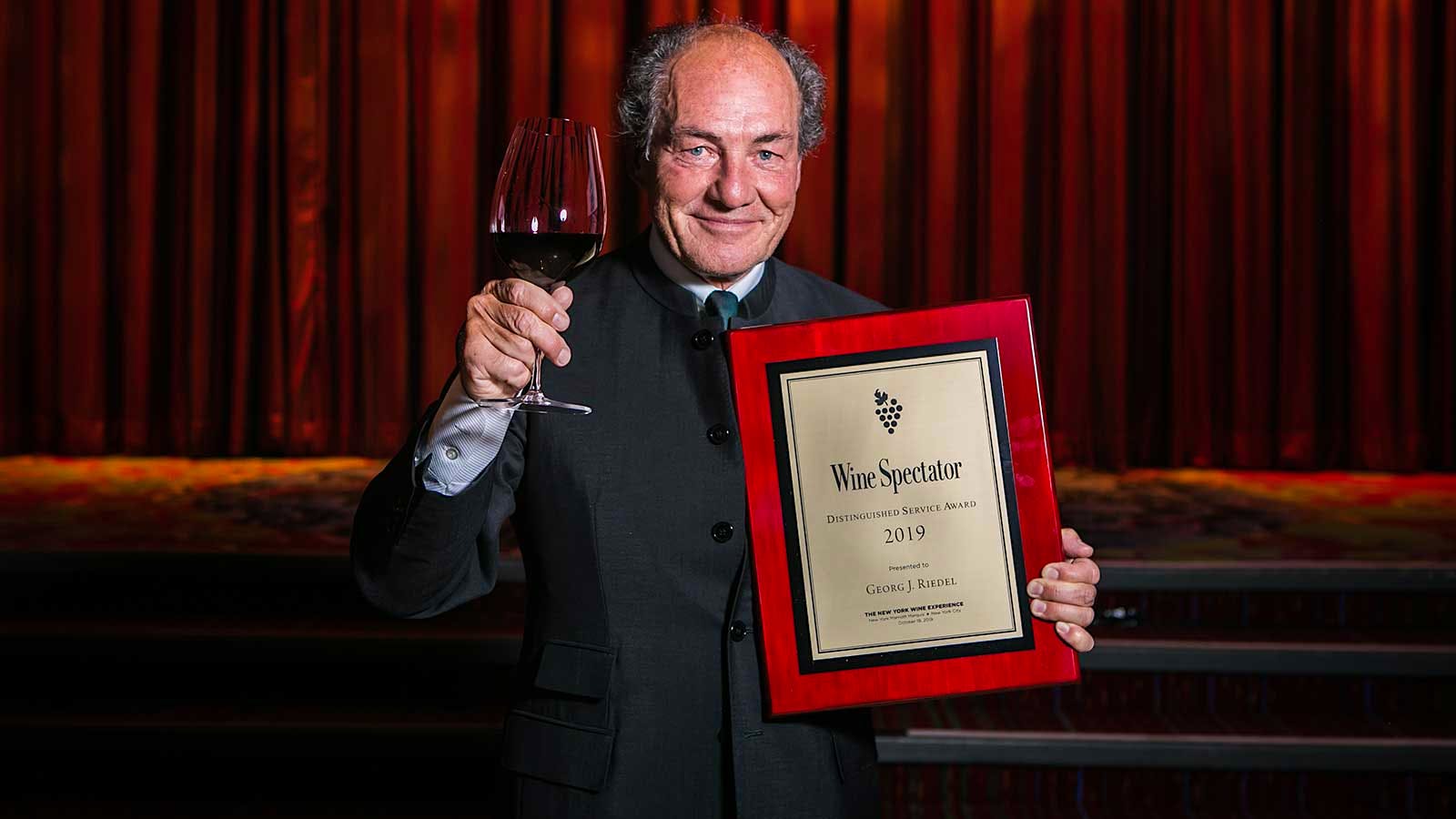 Riedel used his speech to thank the people who have inspired him, from his father, Claus, to pioneering vintners like Robert Mondavi and Christian Moueix to his children, Max Riedel and Laetizia Riedel Röthlisberger, who have taken the company to new heights in recent years.

Looking over the sea of faces, many of whom he has met in a lifetime of learning about wine, Riedel raised one of his glasses. "Let's raise a glass and drink to health, happiness and success." 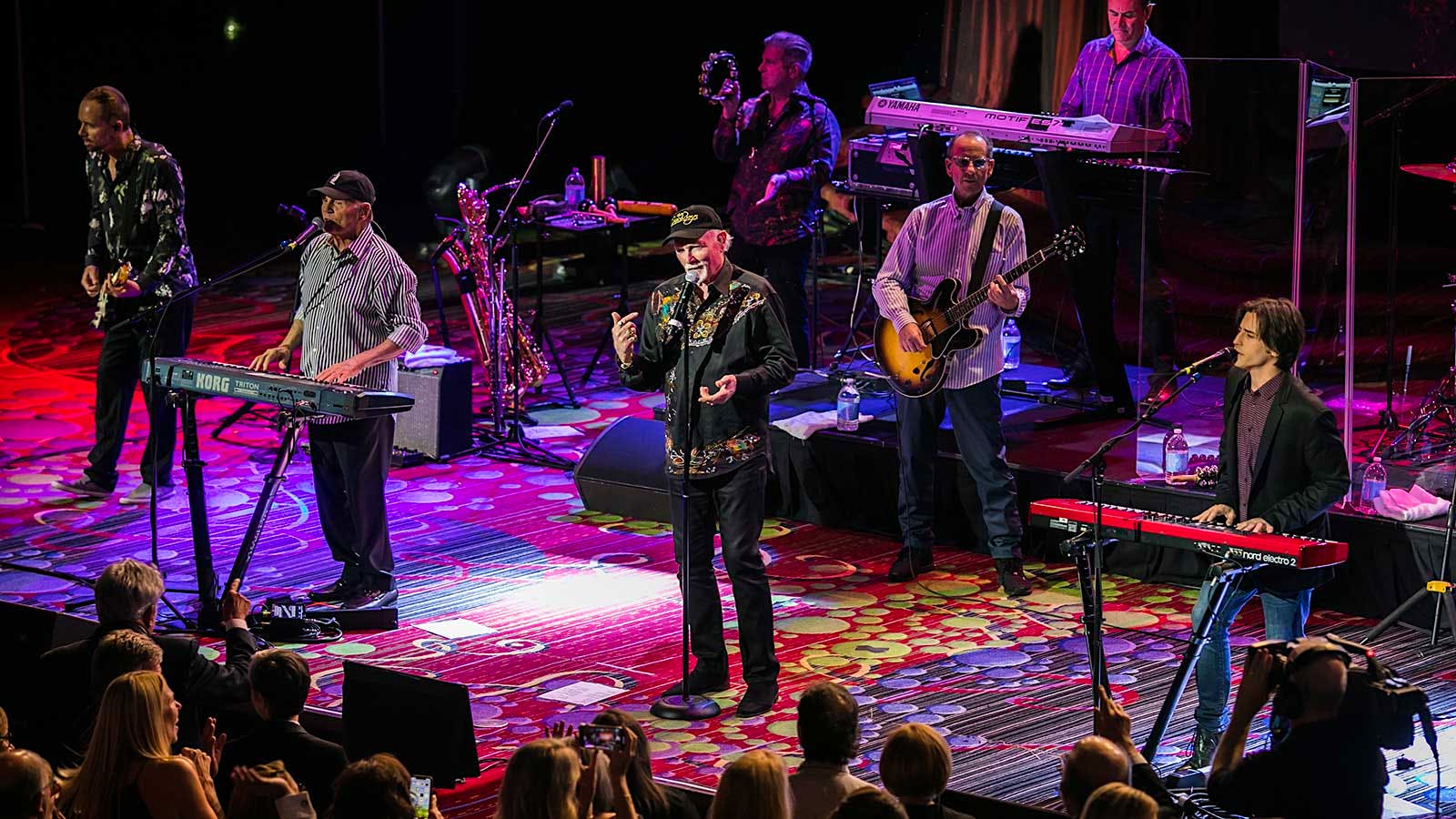 When it comes to spreading happiness, few have done it longer or reached more people than the Beach Boys, who took the stage to close out the event by performing a rousing set of their classic American rock. The dance floor filled, and attendees raised their glasses one more time, promising to see each other next year.

Next year, the Wine Experience will celebrate its 40th year. The event will be held Oct. 22–24.