With Sonoran desert beauty, year-round sunshine and eclectic Southwestern cuisine, Phoenix and Scottsdale, Ariz., should be on your radar when considering your next wine-and-dining destination. These 10 Wine Spectator Restaurant Award winners are top-notch destinations for wine lovers in the Valley of the Sun. 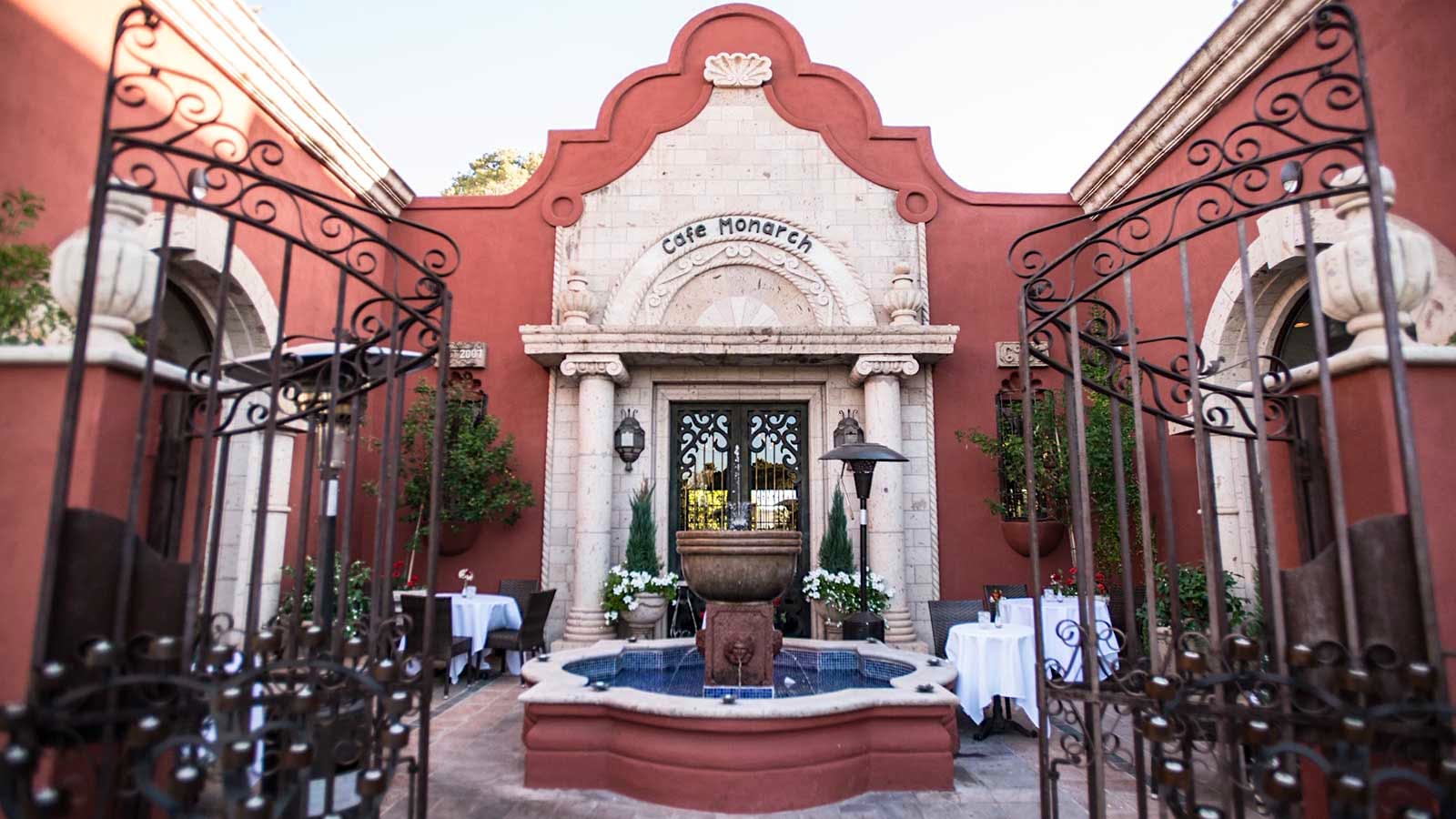 Cafe Monarch delivers top-tier dining experiences in historic Old Town Scottsdale, complete with a Best of Award of Excellence–winning wine program of 485 labels. Overseen by sommelier Wesam Kawa, the selections excel in California, France and Italy. Premier bottlings abound from benchmark producers such as Opus One and Jean-Louis Chave, including more than two dozen available via Coravin. Chef Gustavo Lewkowicz sources local, seasonal and sustainably raised ingredients for his American tasting menu, where guests can choose four courses starting at $110. There’s also a vegetarian tasting menu that starts at $75. Wine pairings are available for an added $95, or $225 for the “grand cru” wine pairing. 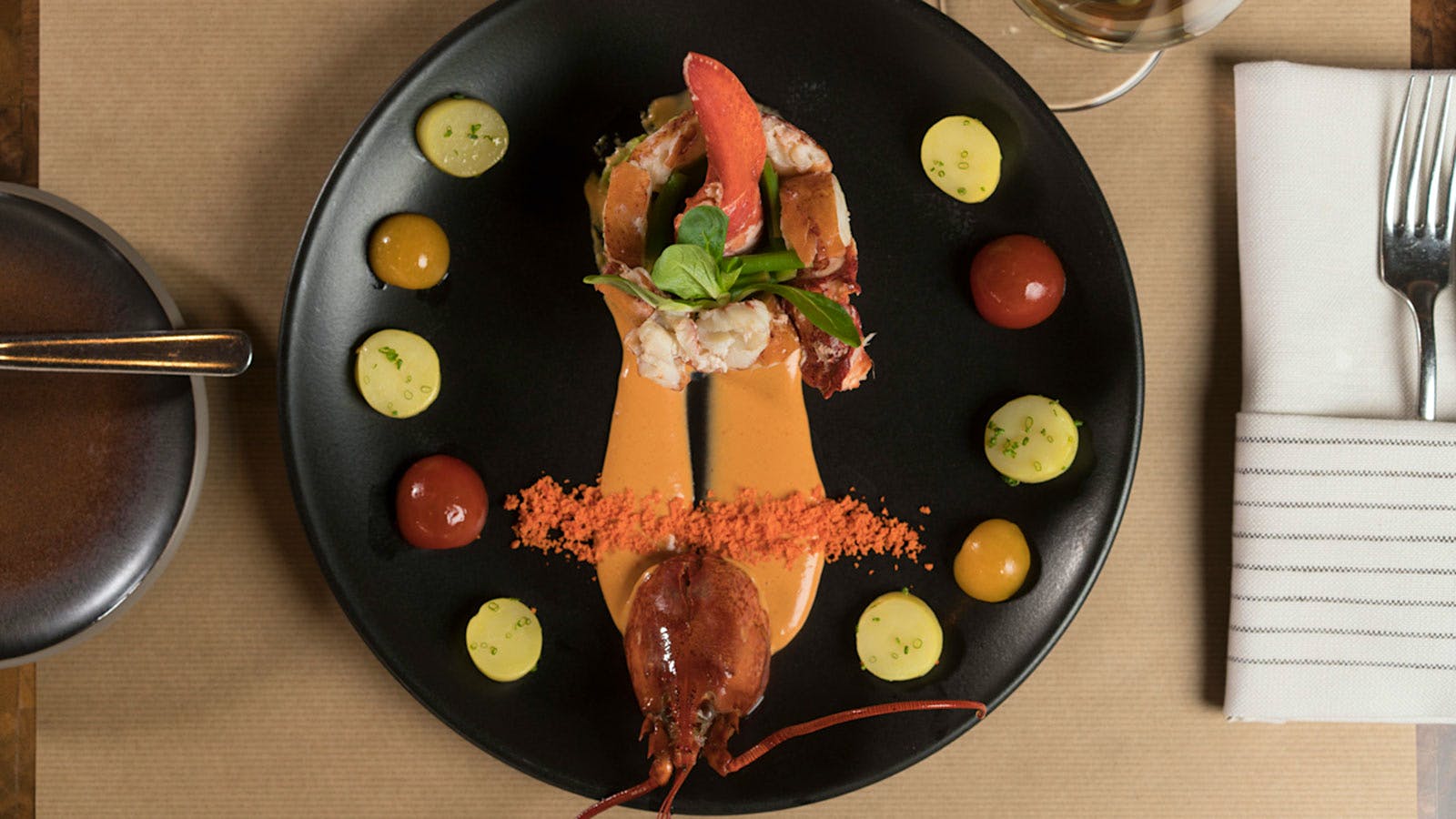 J&G Steakhouse at the Phoenician
Roasted Maine lobster is one of chef de cuisine Jacques Qualin’s offerings at J&G Steakhouse.

Lauded chef Jean-Georges Vongerichten is the brains behind the steak-house fare at J&G Steakhouse, located in the foothills of Camelback Mountain at the Phoenician Resort in Scottsdale. The experience doesn’t disappoint: Chef de cuisine Jacques Qualin’s menu includes luscious choices like black truffle cheese fritters and Parmesan risotto among the abundance of steaks, which can be made even more indulgent with the topping of a half lobster or Alaskan king crab. Beverage director Taylor Chandler’s wine list numbers 450 selections, two dozen of which are available by the glass, and highlights California and France. If you’re lucky, you may be able to grab a seat on the restaurant’s jaw-dropping sunset patio.

Lon’s at the Hermosa 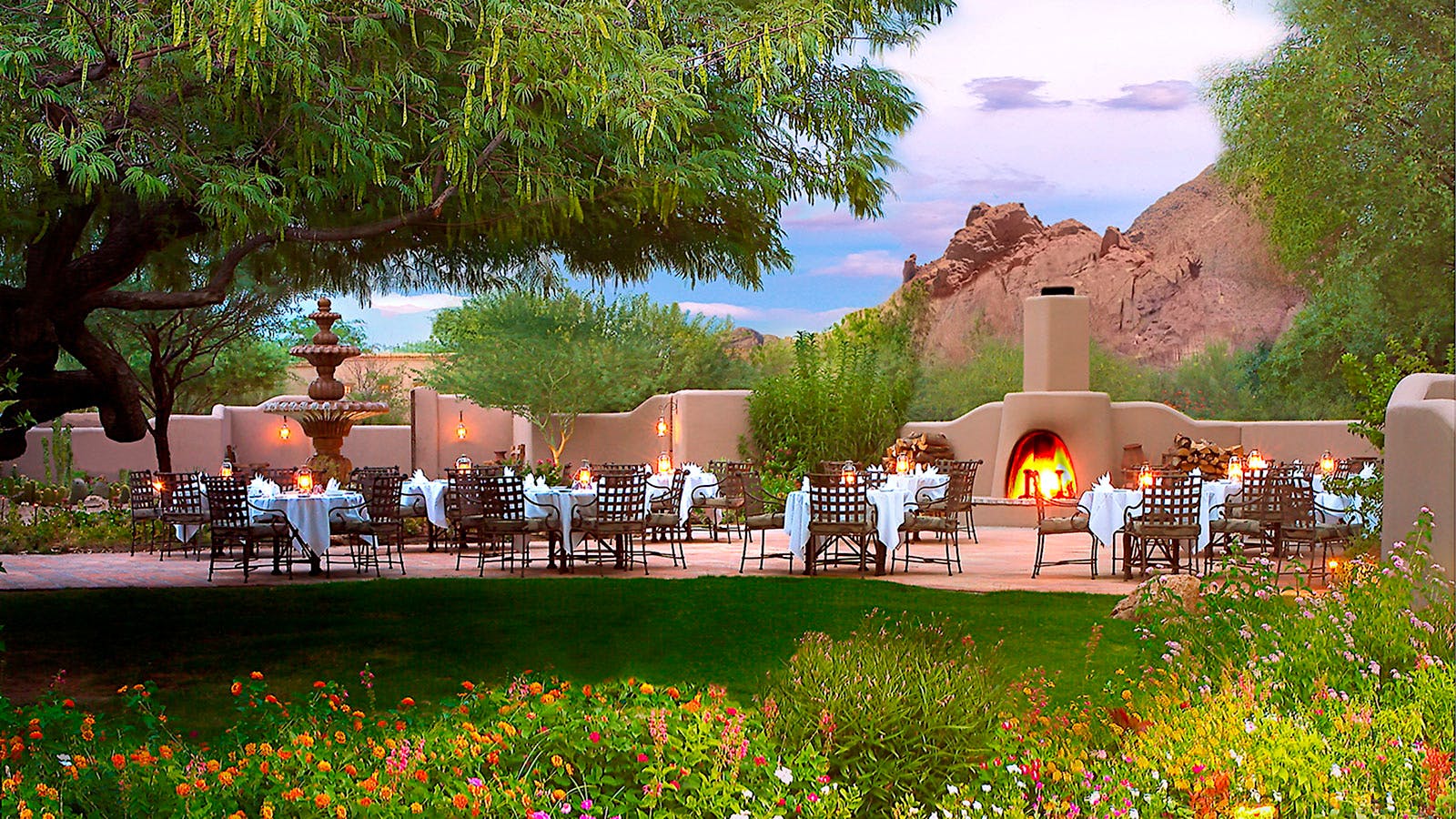 In Paradise Valley, just north of Scottsdale, the Hermosa Inn has served as a desert retreat since the 1930s, when acclaimed Arizona cowboy painter Lon Megaree first began using it as a private getaway. Though the ownership has since changed, several original works by Megaree can still be found throughout the inn, including at its Best of Award of Excellence–winning restaurant, Lon’s at the Hermosa. There, indulge in chef Jeremy Pacheo’s globally inspired Arizona cuisine, including Himalayan salt–seared ahi tuna, braised beef short ribs with smoked tomato chutney and roasted branzino with chorizo emulsion. The wine list, engineered by food and beverage director William Parker, boasts 700 selections, offering breadth and depth in California and France, as well as a generous selection of Arizona bottles. 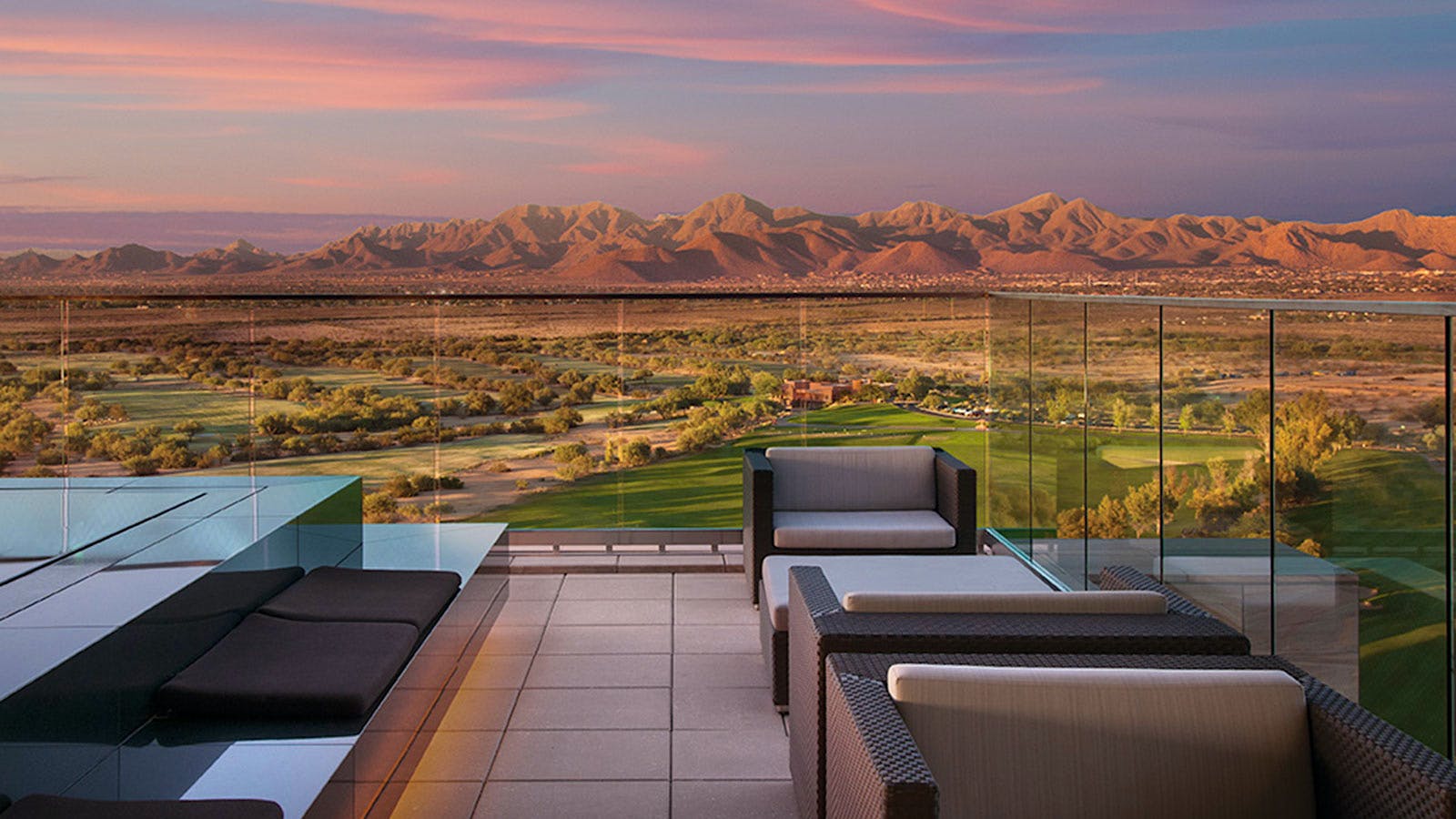 Some of the best views in Scottsdale can be found at Orange Sky. Located on the 15th floor of Talking Stick Resort, the restaurant pairs its Best of Award of Excellence–winning wine program with 360-degree views of the sunset over the city for a picture-perfect special-occasion toast. The selections from California, France and Italy are particularly strong on wine director Wednesday Nowak’s list, which also includes over three dozen options for sparkling wine and Champagne. Chef Ron Dimas’ menu includes plenty of steak-house favorites, as well as dishes with a local twist, such as elk loin and marinated pork chop with pickled okra salad. 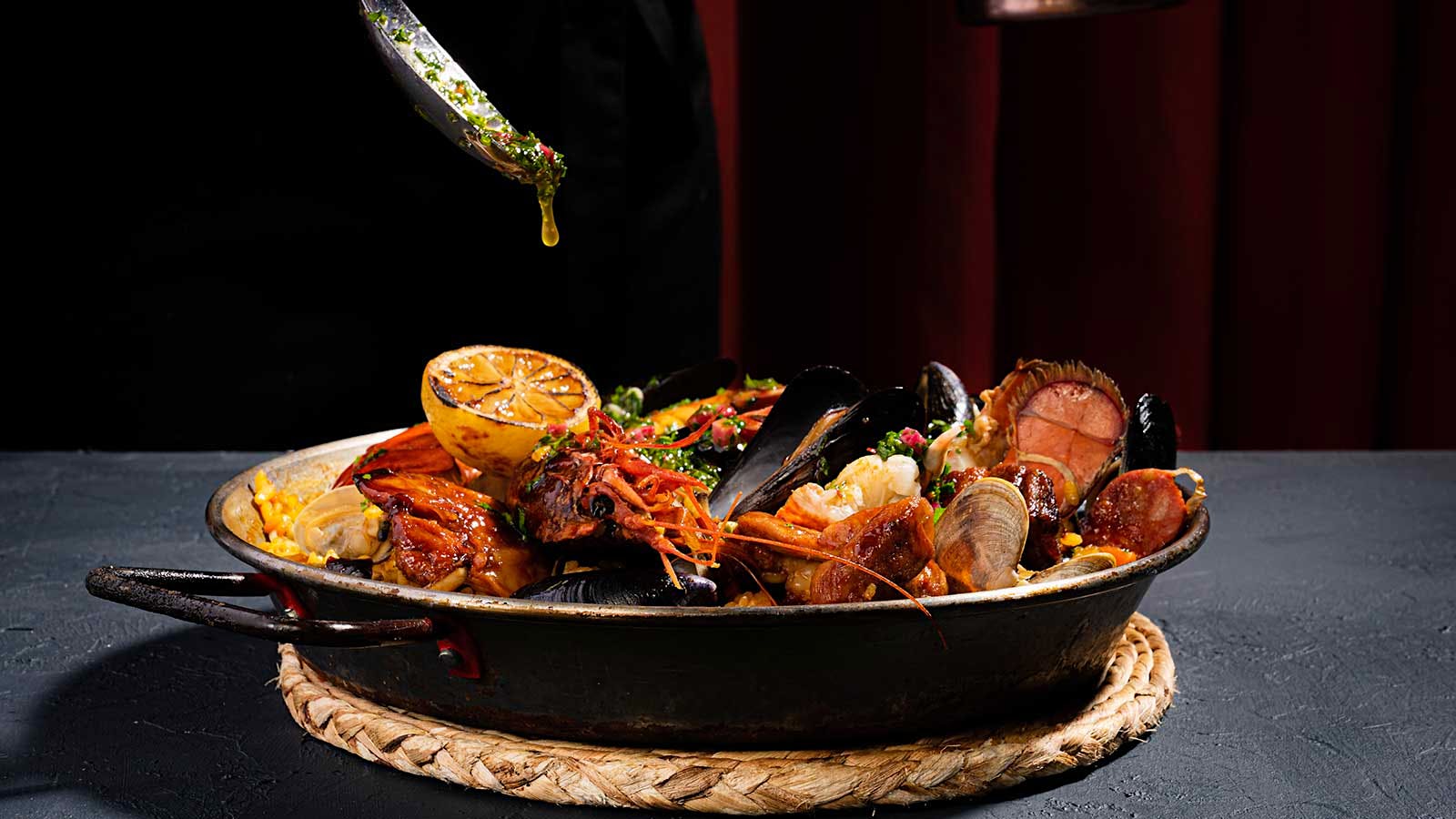 In the foothills of Pinnacle Peak at the Four Seasons Resort Scottsdale, Talavera is a wine-and-dining lover’s dream, with stunning desert views. Wine director Katherine Janowiak program has earned a Restaurant Award since 2005 and is matched by an impressive cellar, with strong showings from California, Burgundy, Bordeaux and Italy. Chef Chuck Kazmer’s Spanish-influenced steak-house menu specializes in steaks but also provides eclectic dishes like strip steak with carrot top pesto and ahi tuna crudo with anchovy and grapefruit. 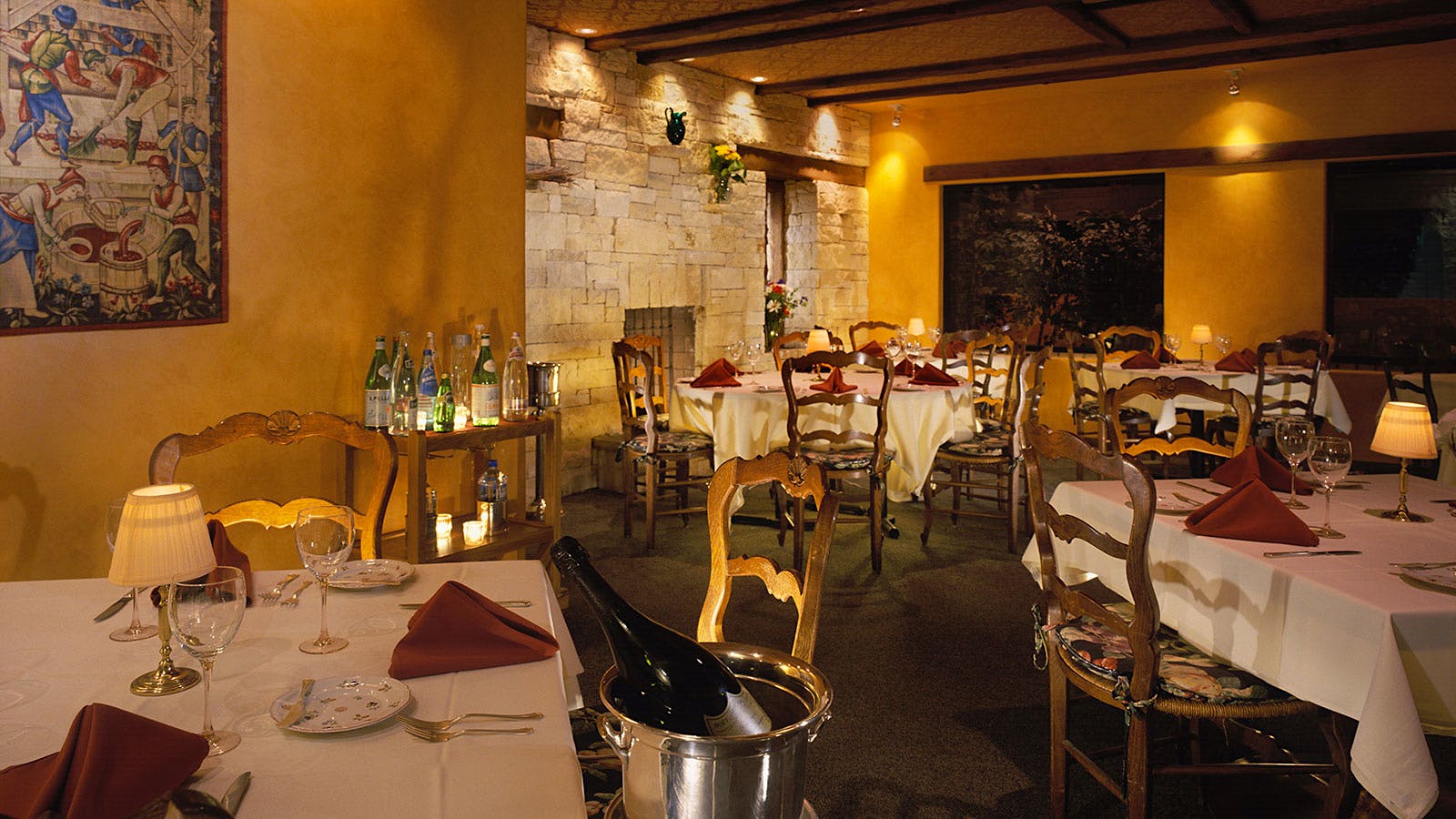 Known for its charming French cuisine and neighborhood atmosphere, Vincent Guerithault on Camelback has been a Phoenix dining staple for over 30 years. Chef Guerithault’s menu includes classic dishes such as veal tenderloin with red wine and thyme sauce, alongside Southwestern-inspired plates like rack of lamb with spicy bell pepper jelly. Wine director Howie Buttrick’s program, a Best of Award of Excellence winner since 1997, has a longstanding history of serving top-notch bottles; today, the list offers 600 selections, with a focus on France, especially Burgundy and Bordeaux, as well as California. At the end of the meal, consider ordering your dessert in liquid form, and choose from well over two dozen Sauternes options, including a vertical of Château d'Yquem dating to the 1960s. 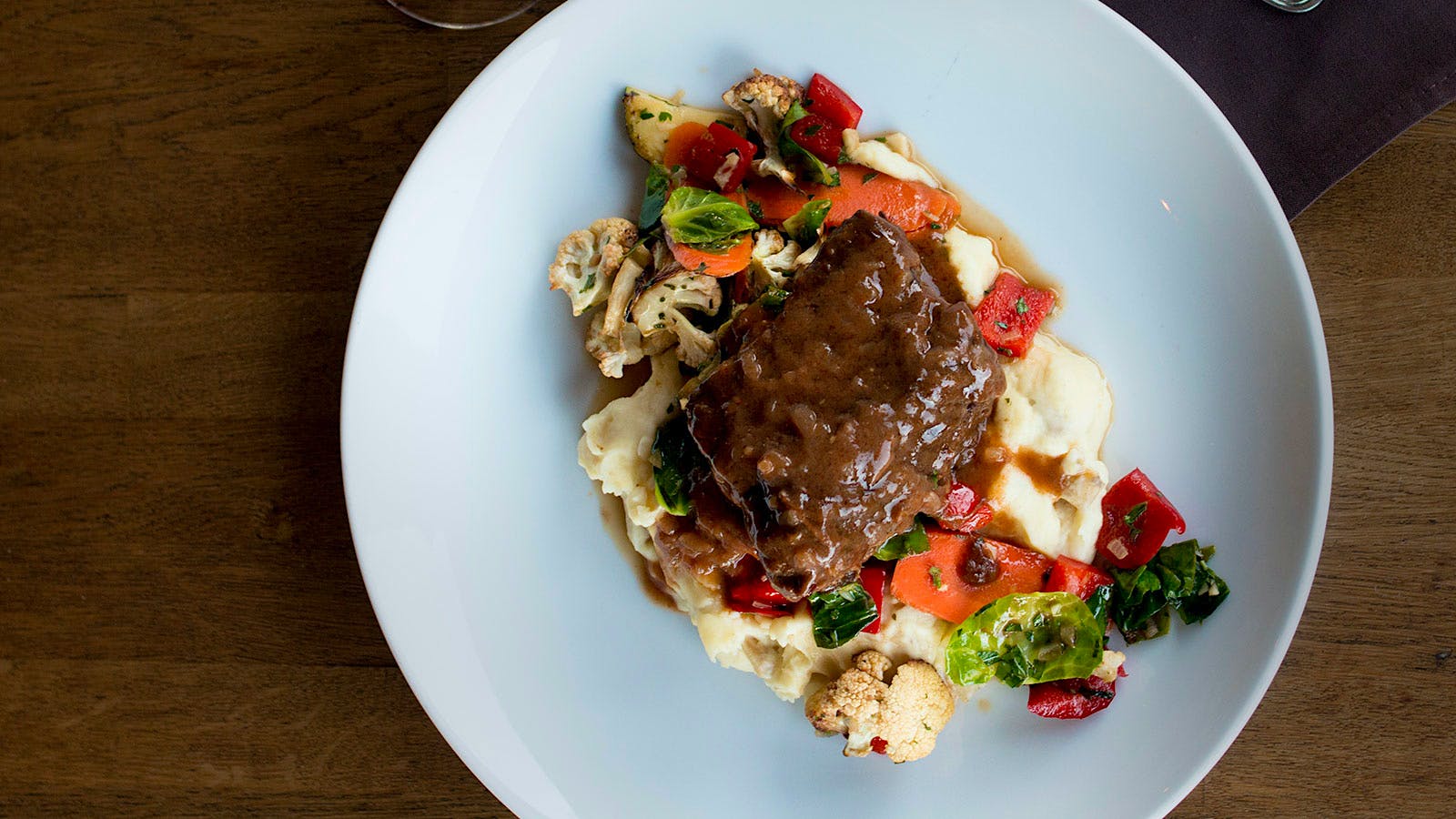 Beckett’s Table, located in Phoenix’s Arcadia neighborhood, was born of the friendship between two husband-and-wife teams: chef Justin Beckett and his wife, Michelle, and sommeliers Katie and Scott Stephens. The wine list focuses on bottles from California, France and Arizona, with 16 local options available by the glass. The menu is filled with comfort dishes, like locally milled grits with shrimp and sausage and cast-iron petite chicken with bacon-biscuit stuffing. Chef Beckett makes a point to use fresh ingredients from farms within a 30-mile radius of the restaurant. 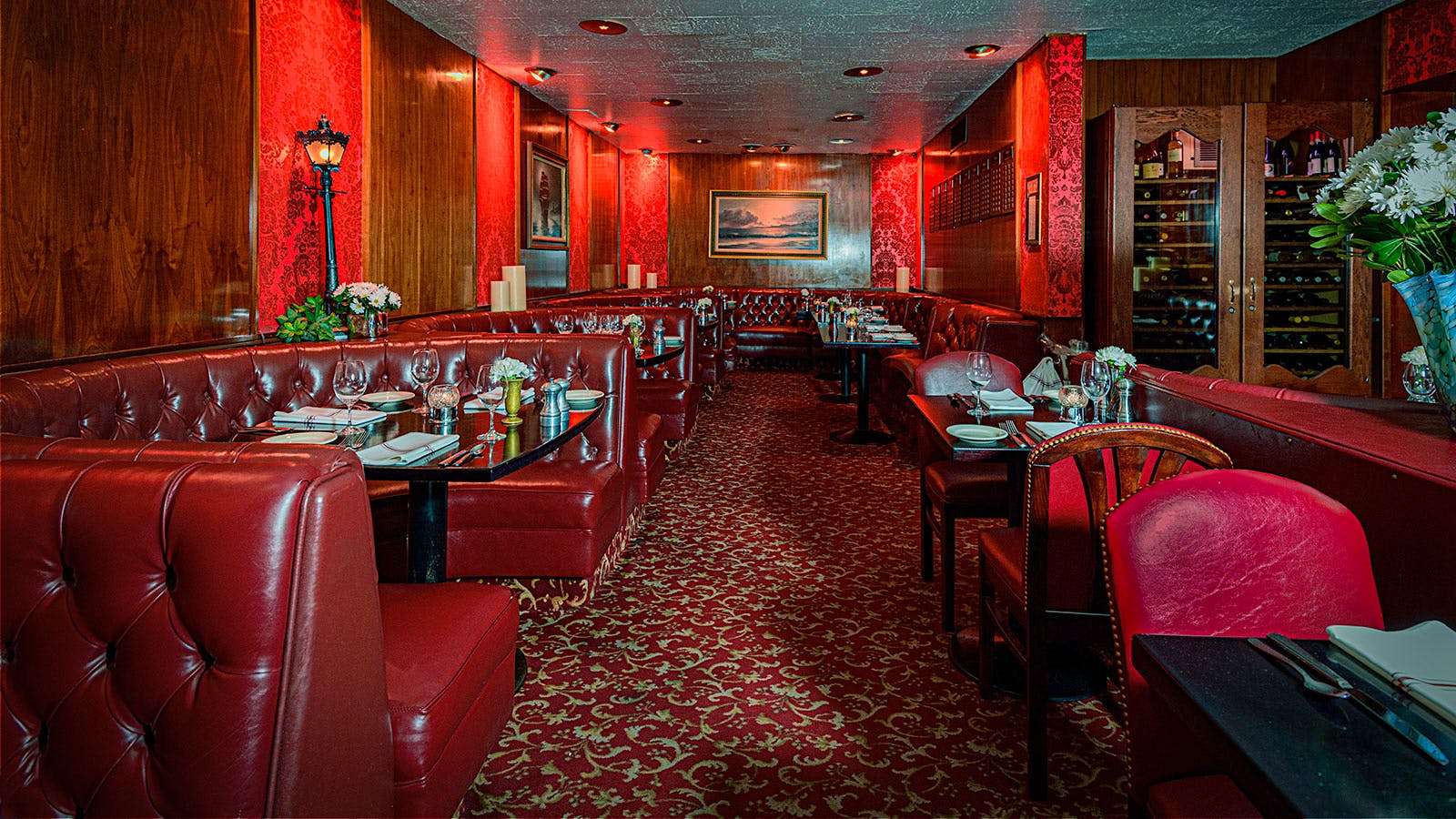 Get nostalgic at Durant’s, an institution of Phoenix dining for over 60 years, where chef Ken Giordano serves classic chophouse fare—think broiled steaks, oysters Rockefeller, sautéed chicken livers and crab cakes. Choose from one of the 225 selections offered on wine director and co-owner Jack McElroy’s moderately priced list, which has earned an Award of Excellence since 2001 and focuses on California. Feeling festive, or celebrating with a large group? Three dozen options are available in large formats. 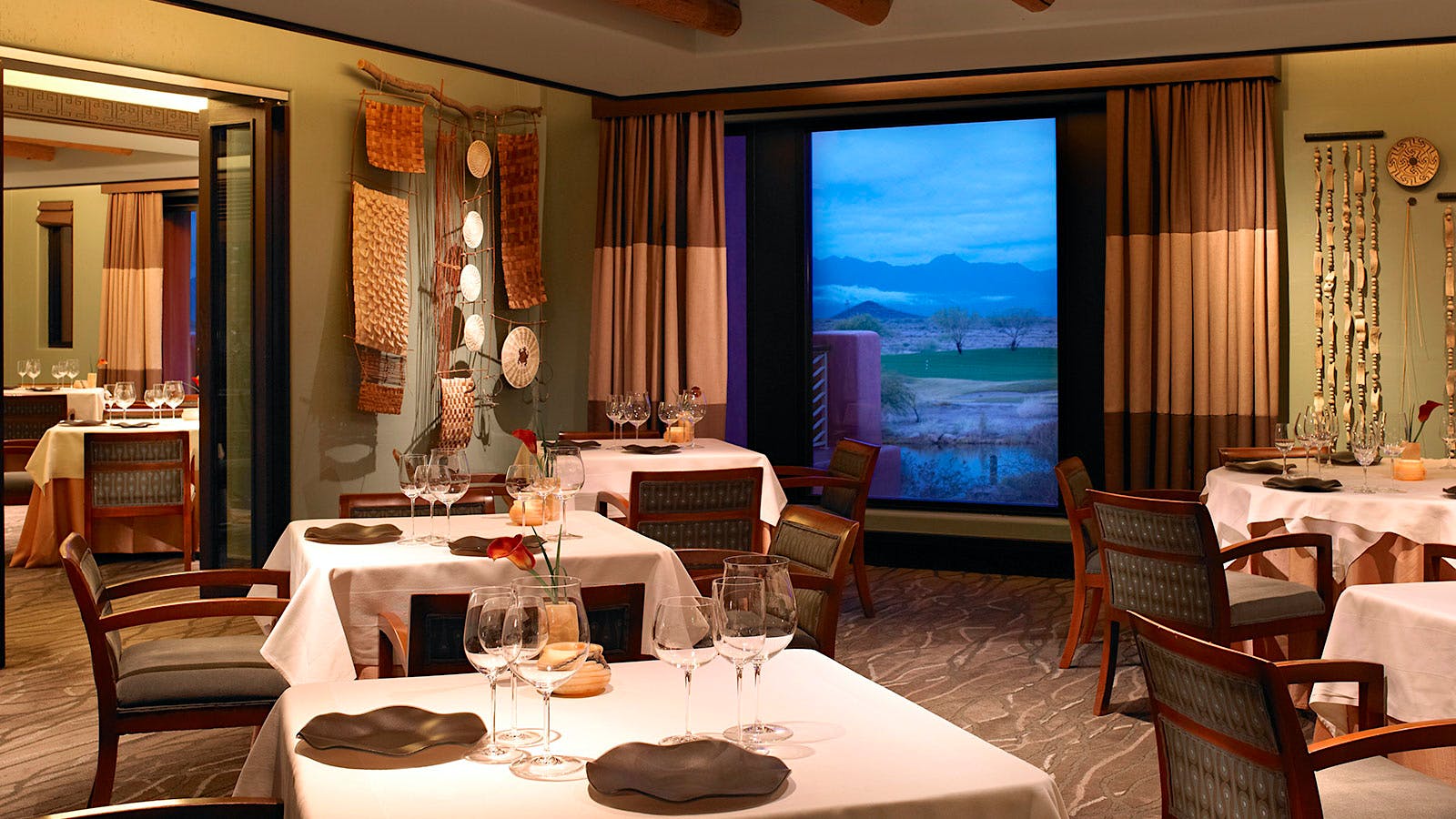 Kai
Kai celebrates the history and culture of the local Pima and Maricopa tribes.

For a family-friendly warm-weather getaway, look into the Sheraton Grand at Wild Horse Pass in the Phoenix suburb of Chandler. While kids will enjoy the resort’s 1880s Western theme park, 111-foot waterslide and multiple swimming pools, adults will appreciate access to two 18-hole golf courses and the spa. The resort’s crown jewel, however, is the Award of Excellence–winning Kai restaurant, where wine director Kevin Lewis’ list provides choice bottles from California, France and Italy. Chef Ryan Swanson’s menu is influenced by the cuisines of the local Pima and Maricopa American Indian tribes and uses ingredients farmed from the nearby Gila River Indian Community to create dishes such as cocoa- and mesquite-cured duck breast with blue corn tamale, grilled tenderloin of tribal buffalo and steelhead trout and sturgeon roe.

Quiessence at the Farm 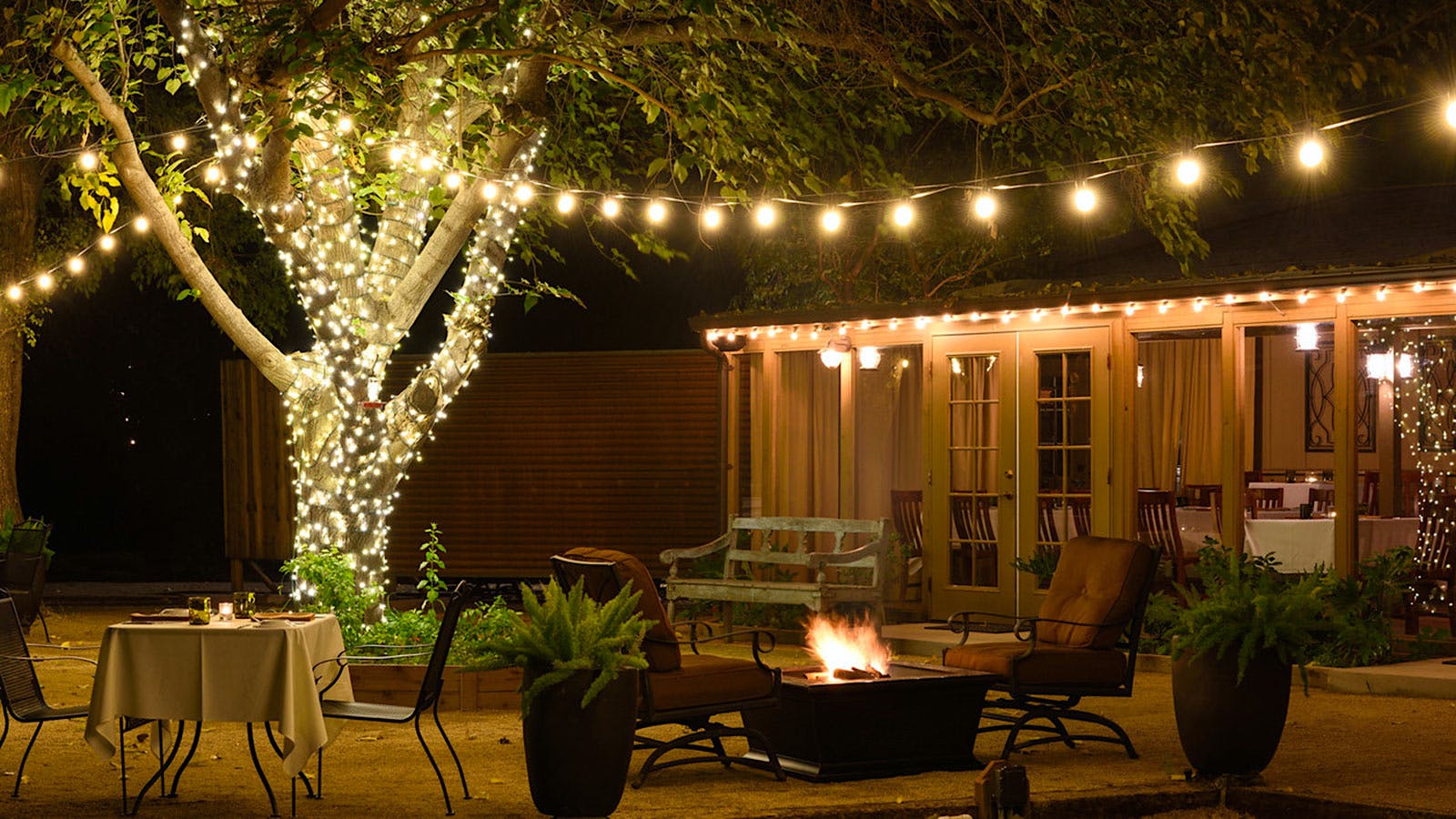 Making its home at the 10-acre Farm at South Mountain, Quiessence at the Farm is a gorgeous dining destination just a short drive from downtown Phoenix. Take a stroll through the breathtaking grounds’ groves and gardens to get a sense of what’s to come on chef Dustin Chirstofolo’s menu, which uses ingredients from nearby farms. Tasting menus are available on weekends in four to six courses, while à-la-carte options are offered on weekdays. The wine list also emphasizes local wines, championing a wealth of bottles from Arizona alongside options from California and France.

A San Francisco favorite lives up to its name with film showings, in addition to stellar …

A French restaurant that celebrates the vineyards of Paso Robles, from a duo that grew up …